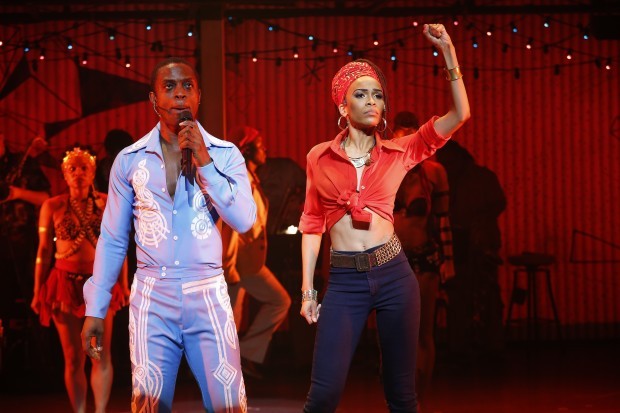 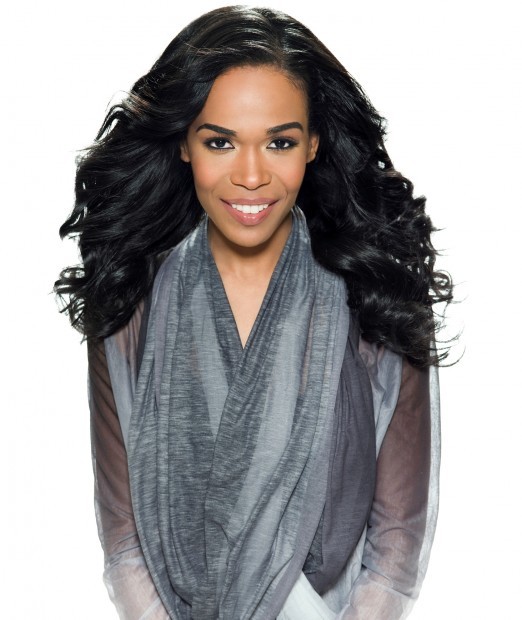 Singer Michelle Williams, of Destiny's Child fame, who has starred on the Broadway stage in "Aida," "The Color Purple" and "Chicago" is now adding "Fela!" to her theater credits with a new tour of the musical now playing Chicago through Saturday, Feb. 23, 2013

"I was in the dressing room getting ready after our performance in the half time show and I wasn't even sure what had happened," said Williams, who joined fellow singers Beyonce and Kelly Rowland to recreate their popular group Destiny's Child during the half time show for Super Bowl XLVII in New Orleans.

"Actually, we still had all of our lights in the dressing room area, so I only knew something was up when I noticed the television signal on the TV in my dressing room went out."

Williams' quick trip to the Big Easy was a fast break from her touring in the new Broadway national run of "Fela!," launched in January.

Producers Shawn "Jay-Z" Carter, Will and Jada Pinkett Smith and Ruth and Stephen Hendel are the combined creative forces behind backing this tour, and personally selected Grammy Award-winning recording artist Williams to join the national tour, which plays a quick Chicago run of six performances Feb. 19-23 at Arie Crown Theater.

"I went to New York in January to start rehearsals before we started on the road, so this has been very quick and exciting," said Williams, who plays the role of Sandra Isadore, activist and love interest to Fela Kuti.

Talking Wednesday by telephone from her hotel during the tour's Washington D.C. stop, Williams said she's wanted to be a part of the musical since first seeing it on stage in 2008.

"The sounds, the passion and the politics of Fela Kuti have long intrigued me and speak to my heart," said Williams, who is originally from Rockford, Ill., and says she still calls Chicago her "home base."

Described as "a triumphant and inspirational tale of courage, passion and love," "Fela!" is the true story of Kuti, who created a type of music, Afrobeat, and mixed these pounding eclectic rhythms (a blend of jazz, funk and African rhythm and harmonies) with rousing lyrics that openly attacked the corrupt and oppressive military dictatorships that ruled Nigeria and much of Africa.

Featuring many of Fela Kuti's most captivating songs and Bill T. Jones's impressive staging, "Fela!" reveals Kuti's controversial life as an artist and political activist, while at the same time celebrating his pioneering music and commitment to the cause of universal human dignity.

While "Fela!" is a stage first for Williams, it's not her first time on a Broadway stage. In 2003, she starred in "Aida" and in 2007, she said she took on her greatest acting challenge when she joined the cast of the Broadway smash "The Color Purple" for its national tour, in the role of Shug Avery.

In 2009, she joined the London West End production of "Chicago," where she made history as the first African American woman to play the lead role of Roxie Hart and then reprised her role in February 2010 on Broadway for a limited engagement.

"I get offered many opportunities, including television projects," Williams said.

"That includes doing lots of auditions. But not only timing has to be right, but also finding something I love and believe in. And that's this role in 'Fela!' "

FYI: Purchase at the Arie Crown Theater Box Office or (312) 791-6320 (with $5.00 off per ticket for groups of 20-plus, excluding Saturday evening and the fourth price level for each performance) or visit felaonbroadway.com.

Singer Michelle Williams, of Destiny's Child fame, who has starred on the Broadway stage in "Aida," "The Color Purple" and "Chicago" is now adding "Fela!" to her theater credits with a new tour of the musical now playing Chicago through Saturday, Feb. 23, 2013