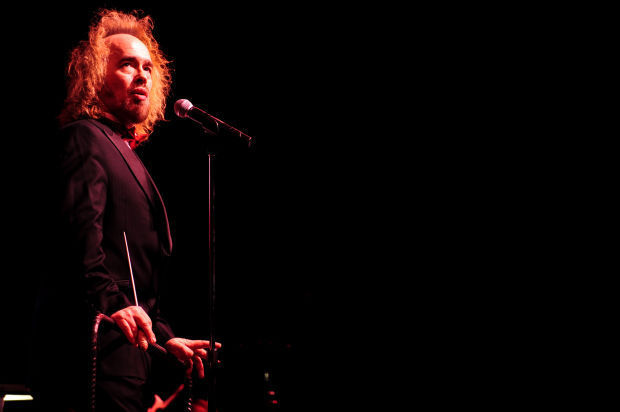 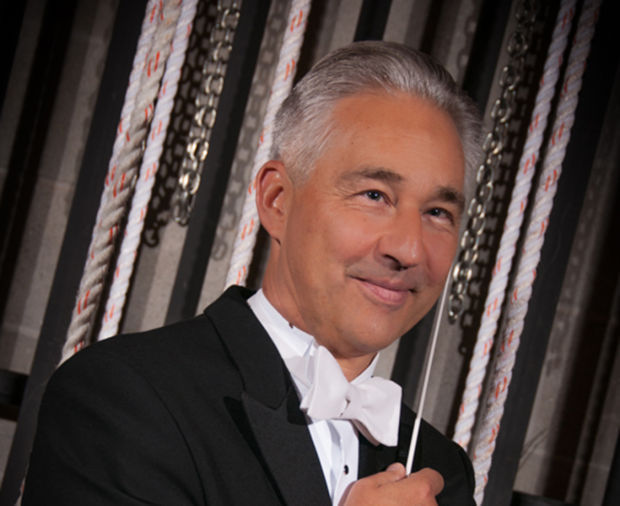 When it comes to classical music, Robin Fountain and Kirk Muspratt know their stuff.

“I was brought up in a lovely but artistically fairly remote village in England, but, thank goodness, there was still good access to great music making because of the great work of the BBC,” says Robin Fountain, Music Director and Conductor for the Southwest Michigan Symphony Orchestra, when I ask about the path leading to his passion for music. “They broadcast concerts, operas and master classes on TV and radio quite frequently. “The very first major purchase I can remember saving up for was a superior radio antenna for our house, so I could hear Radio 3 with better clarity. Also fantastically fortunate for me was a local library's very extensive collection of musical scores and records.”

Intriguingly, when I chat with Kirk Muspratt, Music Director and Conductor for the Northwest Indiana Symphony Orchestra, I get an answer which is geographically far from an isolated English village but similar in so many other ways.

“I grew up in a very small place in the Rockies in western Canada—Crowsnest Pass,” Muspratt tells me. “At that time there, every adult was from some place in the ‘old country’ and therefore they valued their history, their culture and their music. I had no idea when I was walking into the Giacomuzzi house that it was Verdi playing on the record player, nor that it wasn’t unusual for them to be making dandelion wine or having sausages dripping from their kitchen ceiling. Every child in this little place studied music, parents went dancing at the Polish hall or the sons of Italy hall. We had no music in school, it is too small a place, but there was plenty of music outside of school. The whole place was about music and hockey.”

Both Muspratt and Fountain became so consumed with the power of melodies that it evolved from an avocation to a vocation. Muspratt remembers the first day of school when his mother took him for his first piano lesson.

“I loved it,” he says noting that after leaving Crowsnest, he has been fortunate to study in places like St. Louis, New York, Philadelphia and Vienna. “The road was long but I was extremely fortunate in so many ways and on so very many levels. This resonates strongly in me as I know full well that if there is a powerful and nurturing environment for people to learn music, there will be young folk who will gravitate to its magic and if they have some gift, they may be availed the opportunity to let this blossom within them.”

Fountain too appreciates the nurturing he was given.

“I had the interest—more fascination really---but I am eternally grateful to those who had the vision to know that somewhere out there were kids who really would take advantage of access to artistic things,” he says. “I became a conductor because I discovered in high school with the school's chorus and band that when I conducted the musicians felt good and so did I. From then on it was a matter of application, of mastering all the things necessary.”

Both men also are involved with music in other ways. Muspratt is the music director and conductor for the South Shore Summer Music Festival, a program he started eight years ago with the help of business leaders and community leaders.

“The premise of the festival is that the Northwest Indiana Symphony would play in many different communities in our region during the summer to spread the love of music to all corners of Northwest Indiana,” he says. “And let tons of people hear how fantastic our orchestra is and also do our part to create wonderful evenings for people to be together and help promote the feeling of community and the quality of life.”

He also works as the music director for the New Philharmonic Orchestra which is based in Glen Ellyn at the McAninch Theatre and he is the music and artistic director at the DuPage Opera Theater as well.

“I conduct the Vanderbilt University orchestra and opera concerts and I teach conducting at Vanderbilt as well,” says Fountain, who studied at Oxford University, The Royal College of Music in London and Carnegie Mellon University where he received a Masters of Fine Arts. “We are blessed there with truly great colleagues, talented students and a wonderfully collegiate and positive working environment. It's a great place.”

Where they work also positively impacts Fountain and Muspratt. Fountain likes the opportunity to work with really fine musicians.

“St. Joseph is not only a truly lovely place filled with truly lovely people, but it is also in a kind of "fertile crescent" of the freelance musician world, with so many great players coming out of great schools all around all the time,” he says.

“What I particularly like about Northwest Indiana is again, the sense of community—that you can truly get to know people and touch people here,” says Muspratt. “When I go into the drug store or when I am getting my car fixed, people come up and say hello and we talk about all manner of things. After the concerts, people stay to talk and share what they thought of the program. You can honestly say that you have friends here and you can bump into bazillions of people who are your friends. I do not mean this just for me because I have some unusual job as a conductor. I mean it for all of us. We truly get to know each other and have a feeling of belonging somewhere. I believe this is quite unique. We have retained that warm, genuine quality feeling of good neighbors and friends. This means a great deal to me as a human being.”

So what type of music do conductors listen to when they’re not working I wonder.

“I don’t have any particular type that I prefer,” says Muspratt who then adds he hates rap and doesn’t consider it music. I actually do not listen to music very much as I have music rolling around my head all day long, all night long. If you were to stop me right this second I would tell you that I have ‘Embraceable You' in my head.’ A few minutes ago, I had a Mendelssohn symphony in my head and while I was out running, I had a gospel song in my inner ear. I just looked in my computer to see what I had in my favorites and the first four things were, 'Who Would Imagine a King,’ ‘Mahler Symphony 4,’ ‘Any Way You Want It’ and ‘Just A Close Walk With Thee’ by Tennessee Ernie Ford.”

Fountain says it’s not so much a type of music that he’s drawn to but a level.

“I have had the almost unbelievable good fortune to attend some Lucerne Festival Orchestra and Berlin Philharmonic concerts,” he says. “With groups like this or the CSO they could play 'Shave and a Haircut' and I’d still be in heaven. If I’m driving long distances I might listen to old rock and roll—it keeps me awake and it's a fun change for me.”