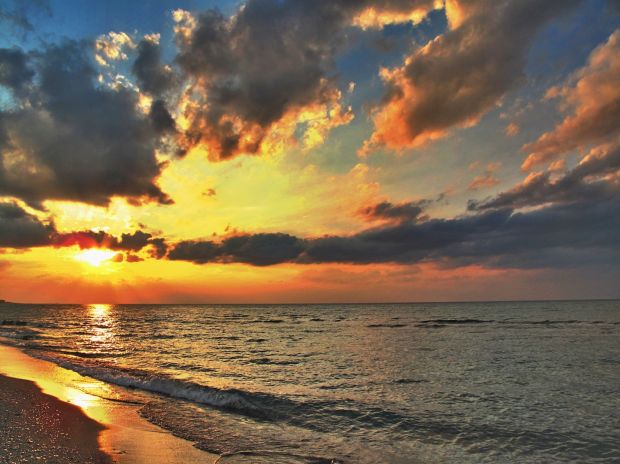 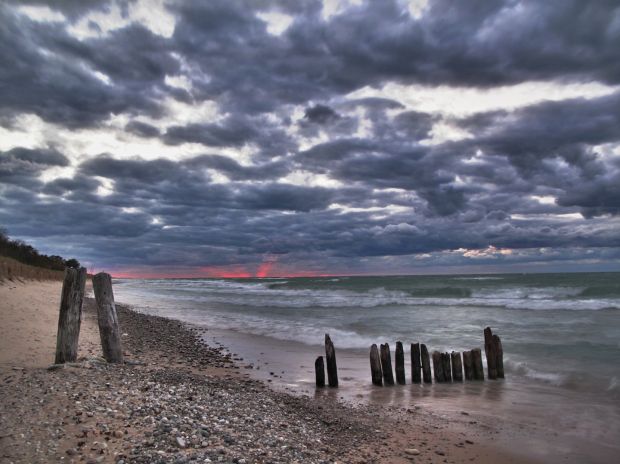 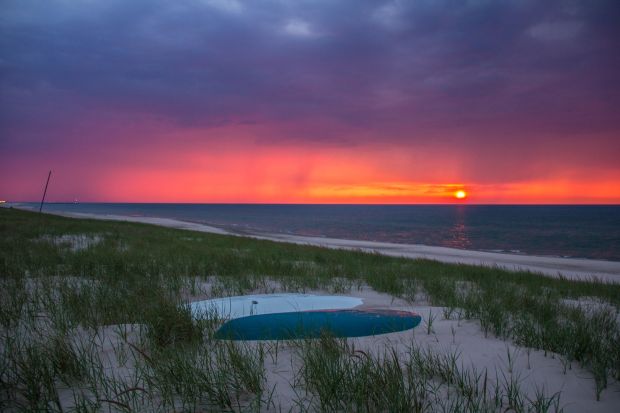 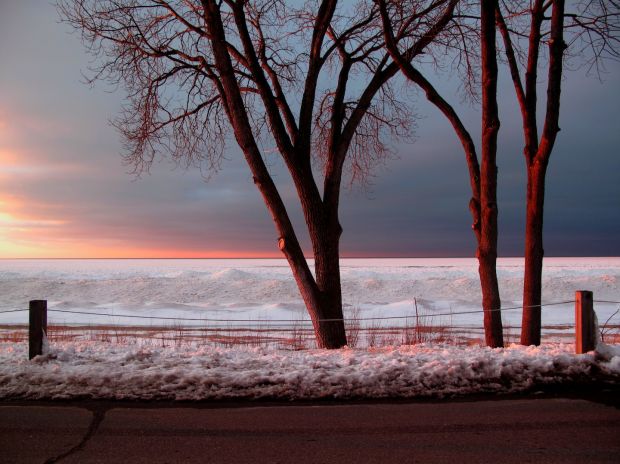 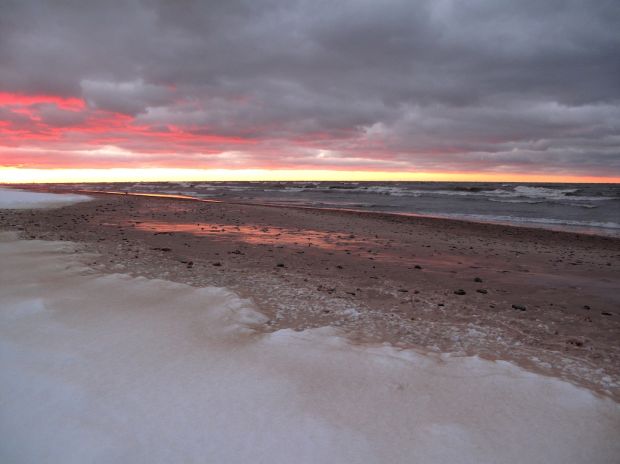 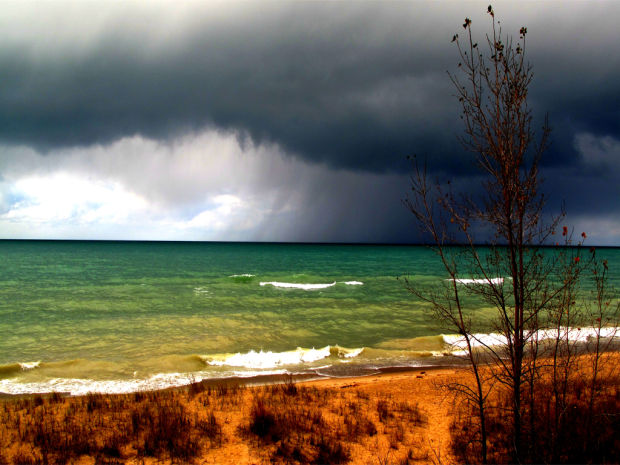 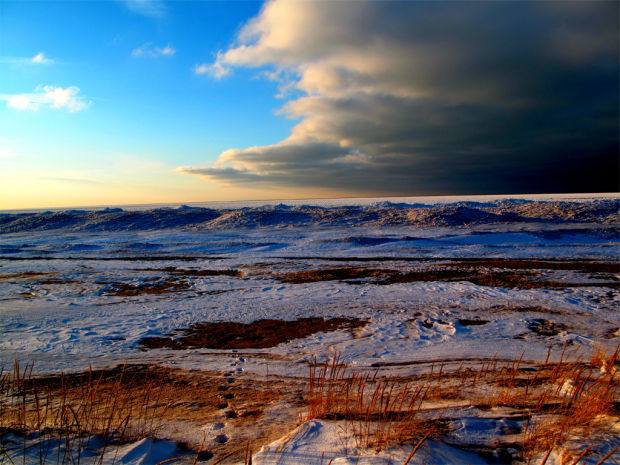 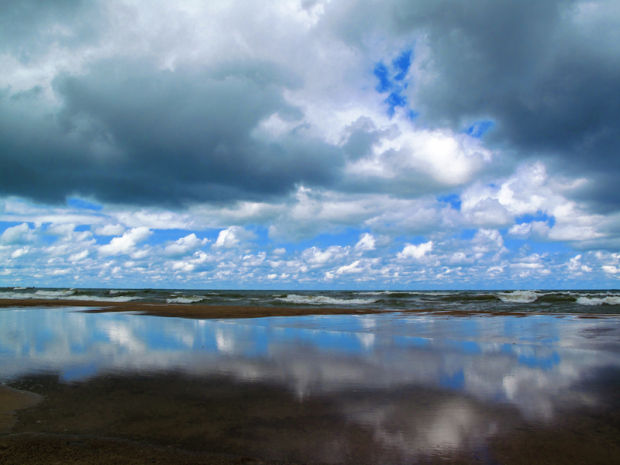 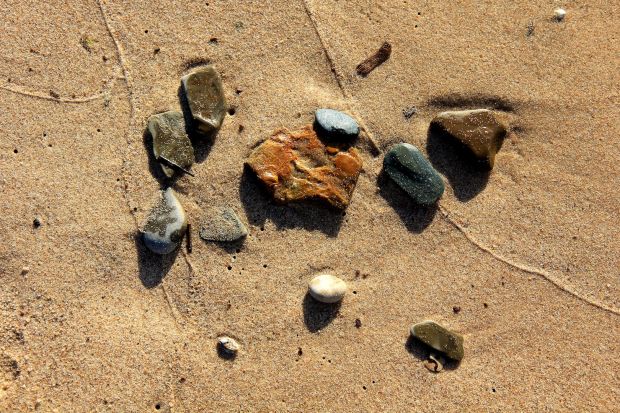 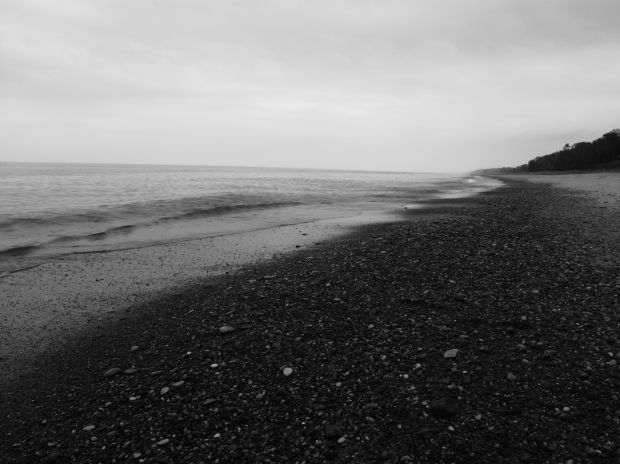 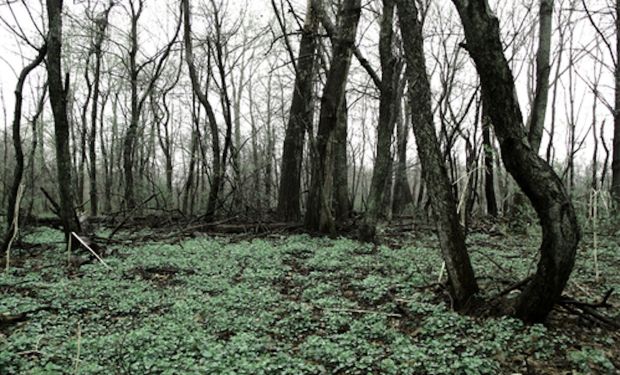 If you’ve lived Chicago, Northwest Indiana or Southwest Michigan for more than a year, you’ve probably learned about the benefits and detriments of having one of the world’s largest lakes for a neighbor. And just like any neighbor, you must take the good with the bad.

Especially within the circumference of its shores, Lake Michigan impacts weather year-round. How much of an impact?

“I’d say it has a tremendous impact,” says Ed Fenelon, the Meteorologist In Charge at the National Weather Service’s Weather Forecast Office in Romeoville, Illinois. “You have a general effect on temperatures near the lake, and the lake breeze boundary. In the case of a more extreme weather event, you can see blinding lake effect snow in the form of a single-banded event running down the entire length of the lake, stretching from as far north as the Manitou Islands all the way down to Northwest Indiana.”

With the help of advanced atmospheric modeling software, Fenelon and his team of meteorologists are able to tackle the complicated challenge of predicting the weather along the southern shores of Lake Michigan. Ben Deubelbeiss is a meteorologist, and a 3-year member of Fenelon’s team in Romeoville.

Deubelbeiss elaborates on Fenelon’s premise that the Lake is the dominating factor in the weather here. “In the spring, the air is warming up, but the water in the lake is still cold. The cold water cools the air above it.” This causes an atmospheric boundary to form along the shoreline where the warm air and cold air meet. But the cold, dense, high-pressure air is able to push that boundary inland by displacing the warm, less dense, low-pressure air to higher elevations. This inland movement of cooler air from the lake is called a lake breeze.

“We can see temperatures drop 15 to 20 degrees due to a lake breeze,” says Deubelbeiss.

Of course, this isn’t the only effect that Lake Michigan has on spring weather. Clouds, precipitation, and thunderstorms tend to form where warm air and cold air meet. Fenelon describes the lake breeze boundary can stir up thunderstorms just inland from the shore, causing inconvenience and even damage (in more extreme cases) to the neighboring cities.

As summer turns to fall, Lake Michigan offers a different kind of weather event to lakeshore residents. By this time, the water in the lake has warmed after a summer of sunshine. As cooler air masses move in from the northwest, they create another imbalance in air temperature. But unlike the spring weather, the warm air is now found along the surface of the lake.

As the prevailing winds move a cold air mass across the lake, that warm air is drawn up into the atmosphere. And with it, moisture.

The damp air rises with the warm air and condenses in the atmosphere as it cools. If the temperature difference, humidity, and prevailing wind speeds allow for enough moisture to collect in the atmosphere as the air moves over the lake, the lake-effect clouds form as a result.

Those lake-effect clouds eventually meet the shoreline and head inland, causing another lake-effect weather event: lake-effect rain. The moisture, condensed in the form of clouds, now falls to the earth as watery precipitation. And as fall becomes winter, lake-effect rain becomes lake-effect snow.

There’s good news and bad news especially for Northwest Indiana and Southwest Michigan. The good news is that lake-effect rain and snow occur along downwind shore lines. Winds in the Midwest are generally from the west, making Michigan the typical downwind shoreline. The bad news is that winter winds do occasionally come from a more northerly direction. In these cases, the Indiana shore is downwind. But wait, there’s more.

So with a prolonged northerly wind, cold air is traveling all the way from Michigan’s Upper Peninsula down to the Indiana shoreline, picking up moisture as it goes. And when this accumulation of moisture reaches shore, it means tremendous snowfall in Northwest Indiana and Southwest Michigan.

Odds are good that if you live in this area, you’ve experienced a lake-effect storm. And you might have noticed an unusual quirk to them. Due to their nature, it is not unusual to see extremely isolated storms.

Fenelon describes this as one of the most intriguing aspects of lake-effect weather. If you happen to drive east along I-90 during the winter, you could leave Hammond with sunny skies, hit blizzard-like snowfall passing through Gary, and reach calm flurries by as you cross into Porter County.

Lake breezes and lake-effect storms can significantly disrupt air and ground transportation. This is why Fenelon explains that forecasting these events accurately is so important. “Strong lake breezes or lake-effect storms can impact how the airports in Chicago direct planes during takeoffs and landing approaches.” He also notes that the impact to drivers is significant as well, with lake-effect snow diminishing visibility on roadways and causing dangerous driving conditions.

“Lake-effect snow advisories and warnings are issued on a county basis,” says Fenelon. An advisory indicates inconvenience, while a warning indicates more serious danger. “Most people turn to local media outlets to find these warnings, but they can always be found on our website.” You can find up-to-date weather information for the area at weather.gov/chicago.