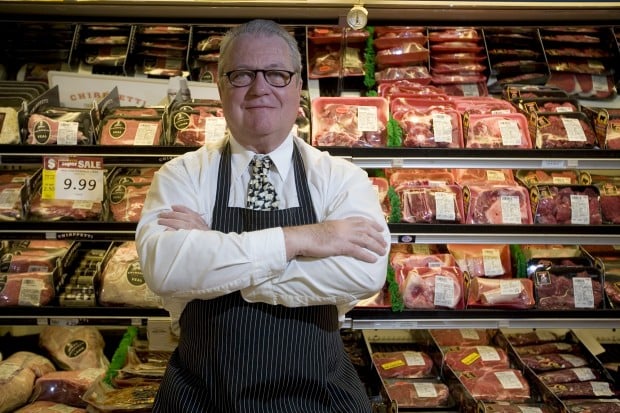 Dennis Chiappetti, co-owner of Chiappetti Meat Company, stands in front of a display of his meats at Strack and Van Til's grocery store in Schererville. 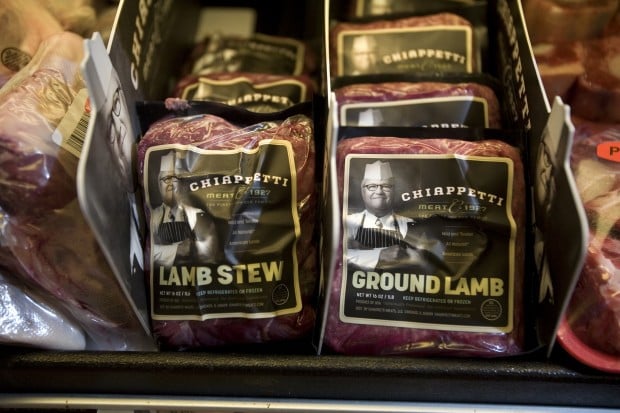 Lamb from the Chiappetti Meat Company is available at Strack and Van Til. 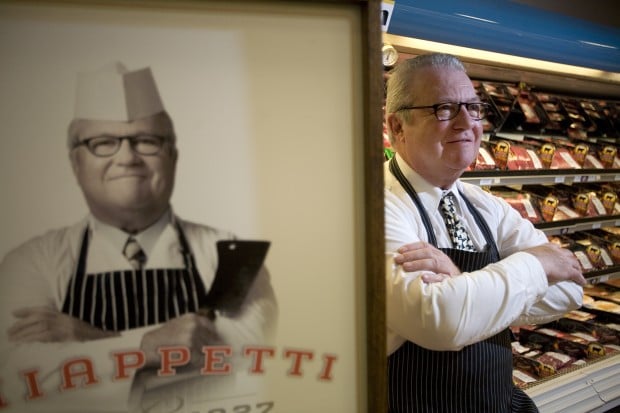 Dennis Chiappetti is shown next to the store display featuring his image at Strack and Van Til in Schererville.

The Chiappetti family, known for delivering quality lamb and veal to the marketplace, got their start in 1927 on a farm in Orland Park, Ill., where Fiore Chiappetti raised sheep and various livestock. Chiappetti Brothers eventually grew and later the business venture flourished in the Chicago Stock Yards District during the 1940s.

"My grandfather came from Italy in 1920 and when he first came to Chicago, he worked for the railroad," said Dennis Chiappetti, a third generation family member in the business. "One day, my grandfather slaughtered a lamb for his family and one of his fellow workers asked 'Can you do that for me?' He said 'Sure.' And then there was another one. So, he thought this might be something that he might be able to do."

Dennis Chiappetti said his grandfather then opened a small butcher shop in Chicago with his brother.

Chiappetti said his father and his uncles then joined his grandfather in the business and they eventually opened their slaughter house at 3810 Halsted in 1943. The business still remains headquartered there.

The family's business motto, Chiappetti said, has remained solid through the years and is steeped in quality with a focus on humane processing. Three and four generations of family members — including Dennis, who appears in the company's printed ads, his brothers, his son and nephew — are continuing the Chiappetti legacy.

The company's meat products are available throughout the region as well as the United States. In Northwest Indiana, consumers can find them at Strack & Van Til Food Market, Ultra, Town and Country Food Market and Jewel Food Stores.

"The Chiappetti name has meant so much to Chicago," said Lori Dunn, executive director of marketing and sales for Chiappetti Meat Company. "People are much more aware of what they're eating today and why it's important to eat healthy and to eat wholesome products. And they're searching it out and they're also looking for familiar names that they feel they can trust."

Dunn said the Chiappetti products have been successful in the market precisely because of the company's focus on quality and humanely raised lamb and veal. The company recently relaunched their meat products in many leading Chicagoland and region grocery stores.

"With the lamb, we are using only locally raised lamb. Our lambs are born here in the Midwest and are finished in the Midwest which all goes back to supporting local agriculture," she said.

According to Dunn, consumers have become attuned to the farm-to-table mentality when it comes to cuisine.

Dennis Chiappetti, co-owner of Chiappetti Meat Company, stands in front of a display of his meats at Strack and Van Til's grocery store in Schererville.

Lamb from the Chiappetti Meat Company is available at Strack and Van Til.

Dennis Chiappetti is shown next to the store display featuring his image at Strack and Van Til in Schererville.