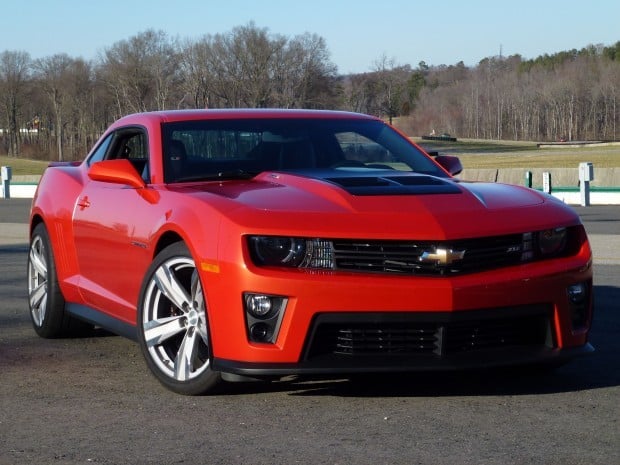 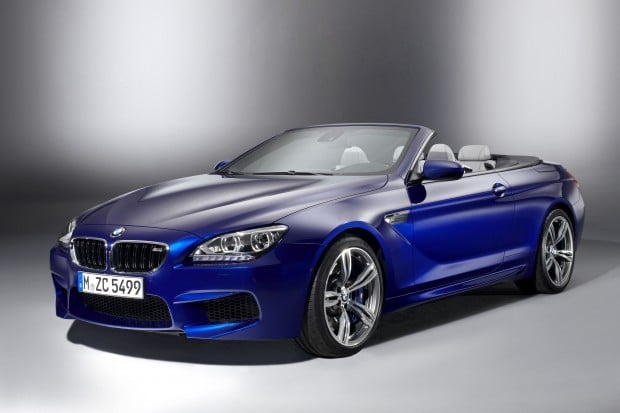 Since the resurrection of the iconic Camaro in the 2010 model year, Chevrolet has kept things interesting with continual refinements, special editions and the addition of a convertible to the lineup, culminating in the ultimate performance version, the 2012 Camaro ZL1. A performance package developed for track driving, the ZL1 packs a supercharged 6.2-liter V-8, complemented by the latest high-tech electronics helping deliver its 580 horsepower to the pavement.

To appreciate its potential, Chevrolet chose the challenging 3.27-mile Grand Course at Virginia International Raceway (VIR). Founded in 1957, VIR held professional racing events until falling on hard times in 1974. Much like the Camaro, the legendary track was later revived for a new life. Billed as “America’s Motorsport Resort,” VIR’s scenic location is now a destination for driving enthusiasts, with a top-notch facility hosting sanctioned races and private events. Chevrolet also happens to hold the course record at VIR for the fastest lap in a production car with the Corvette ZR1. The Camaro ZL1, driven by a GM engineer, came within seven seconds of that time and costs half the price.

Changes were made to the Camaro’s body structure, and every part that bolted on was scrutinized. As a result, 30 percent of components are completely unique to the ZL1, according to Camaro chief engineer Al Oppenheiser. Aerodynamic tweaks are all functional. Like a racing car, the ZL1 was designed for downforce at high speeds, using the flow of air over and through the car to push it down for better traction.

Setting off on the track, I started in a manual transmission equipped ZL1, then taking several laps in an automatic. Though the stick shift may have been more entertaining, the automatic was excellent, allowing me to get more comfortable with the car and track. It features a manual tap mode, but the performance algorithms controlling the shifting worked exceptionally well with Drive selected. The automatic actually clocks a slightly faster time with the pros, 3.9 seconds to 60 mph, with the manual only a tenth of a second behind. The brakes feel strong enough to slow time itself, swiftly hauling the ZL1 down from track speeds via specially developed Goodyear tires.

Keeping all the power controllable, standard Performance Traction Management has five settings to adjust the stability and traction control for various track conditions and skill levels. Add to this GM’s Magnetic Ride suspension, which automatically evaluates and recalibrates for surface conditions. As an additional diversion, I rode along for hot laps with two Camaro engineers, including the aforementioned record holder; these two were as much artists on the tarmac as the drawing board, really showing what this performer could do out there.

Magnetic Ride made the ZL1 feel supremely stable at high speeds on the track, which often means a punishing ride in the real world. However, later driving over a variety of surfaces on country roads near the track, the smoothness of the suspension was remarkable even on coarse pavement and tar strips. Coupled with an exhaust note that’s quiet at a part-throttle cruise, the ZL1 can be a perfectly tractable driver.

Still, while you could drive it every day, the ZL1 is most fun on the track. “We’re warrantying it as track capable,” Oppenheiser says. “You don’t have to add anything else to the car. Burnish the brakes and it’s off to track day.” A real performance bargain, the 2012 Camaro ZL1 Coupe starts at $54,995 including $900 destination, and will be joined by a convertible version for 2013.

Celebrating 40 years of limited edition track-bred cars, BMW’s M performance division introduces an all-new M6 Convertible for the 2012 model year. “It’s the fastest convertible we’ve ever produced,” says Matt Russell, M Brand Manager. It starts with the 650i Convertible’s extremely rigid body, which is additionally shored up for this high-performance application. This is important since convertibles are an engineering challenge as the roof makes up a significant part of a car’s structure. Even the suspension and running gear, down to the spindles and hubs, are beefed up for high torque and increased cornering forces.

At its heart, a 560-horsepower twin-turbo 4.4-liter V-8 can rocket the M6 Convertible to 60 miles per hour in a mere 4.2 seconds. Russell says this powerplant evolved from an existing M engine and received Valvetronic variable valve timing, resulting in similar power levels but increased efficiency. It also employs BMW’s stop/start technology, which automatically shuts off the engine at a stop and restarts it when you remove your foot from the brake pedal in order to save fuel and reduce emissions.

While a racetrack would have been an appropriate setting, BMW chose the curvy roads over mountains and through valleys outside of Santa Barbara, California. Two M buttons on the all-new steering wheel can be used to set up your favorite combinations of the individually selectable settings for damper stiffness, steering boost, transmission shifting, stability control, and engine response.

The M6 held cornering lines with tenacious grip, thanks to a substantial reworking of the rear suspension; its subframe is attached directly to the body, making for a firm ride that transmits a lot more direct road feel compared to the cushier 650i Convertible. Smooth corner exits are aided by an active rear differential, and liberal applications of traction and stability control.

Though some enthusiasts may cry out for a manual gearbox, this seven-speed dual-clutch transmission is one of the best in the business. It operates as an automatic, but shares mechanical principles similar to a manual. Shifting is hardly perceptible in comfort mode, but set it to sport and it bangs off satisfyingly firm gear changes as fast as you can think about working the shift paddles on the steering wheel.

Spot one by the M-exclusive forged wheels, subtle aerodynamic aids, and functional side vents. BMW won’t talk production numbers, but with a base price of $113,995 including destination charges, exclusivity is ensured. Plenty of personalization opportunities abound in colors and trim, with only a few tech and entertainment features left to the option list. The best entertainment option might be dropping the top and listening to the sweet music from the quad exhaust pipes.