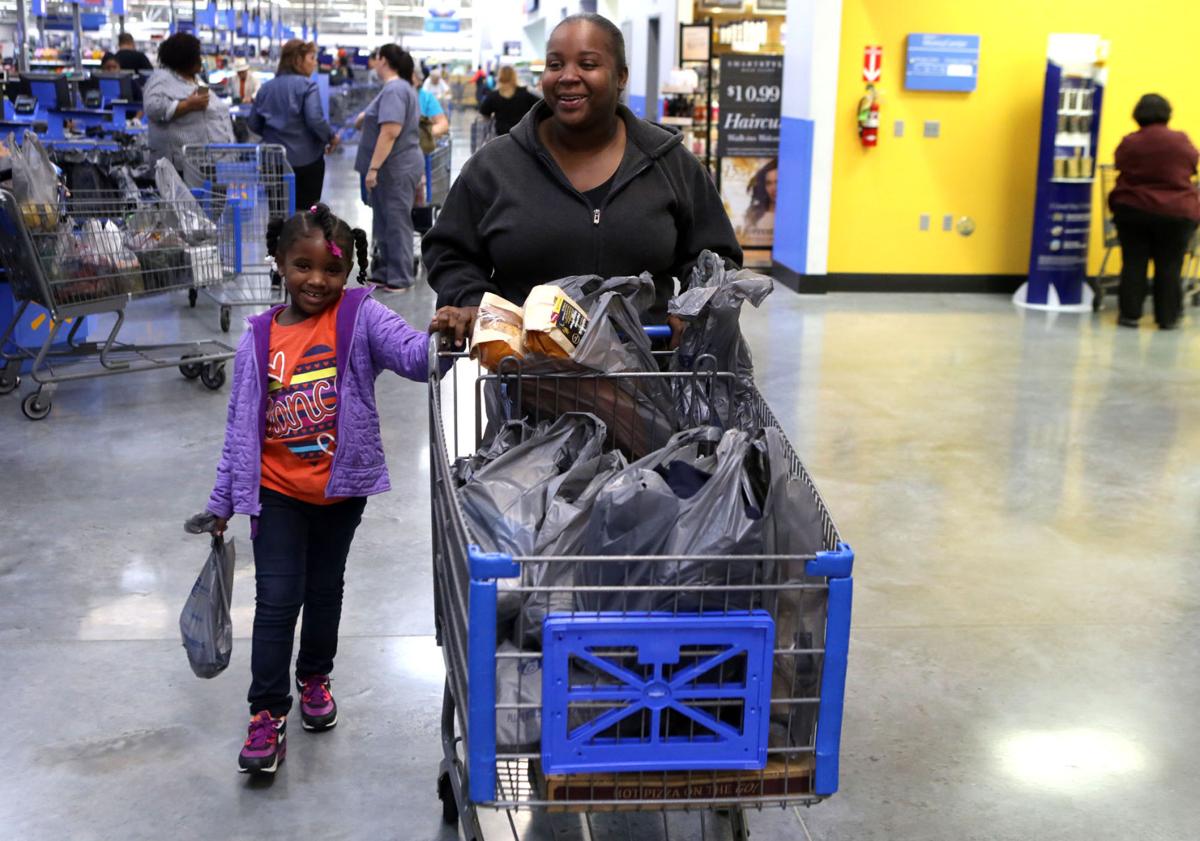 Tonia Hunt and her daughter Nevaeh Hunt, 4, both of Gary, leave Walmart Supercenter in Hammond in this December 7, 2015 file photo. 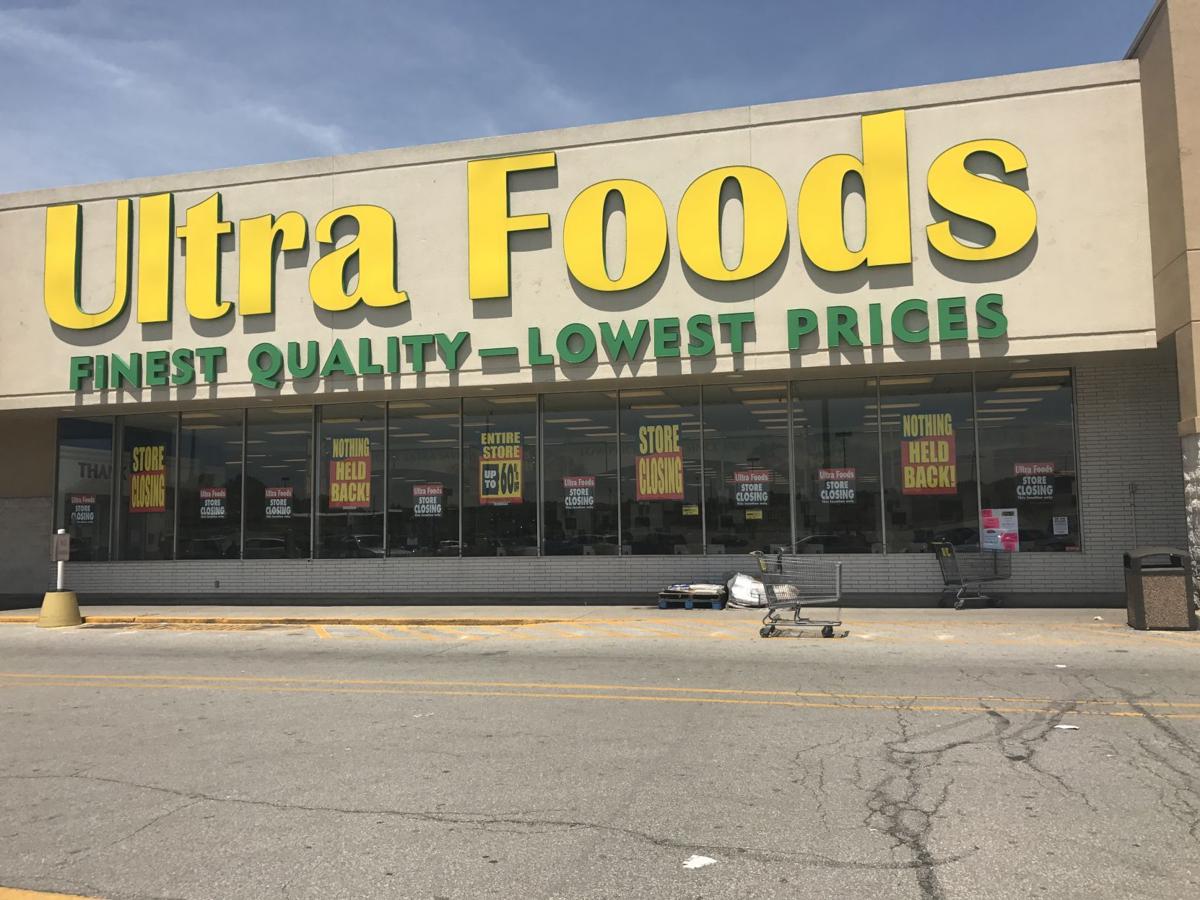 A now-closed Ultra Foods in Gary is pictured. 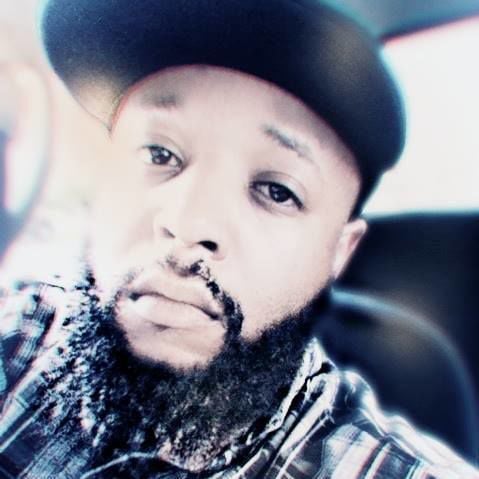 “Gary is considered a food desert.”

That is a 2017 Times quote from Michele Larimer, project manager at ArtHouse: A Social Kitchen.

According to Oxford Languages, a food desert is “an urban area in which it is difficult to buy affordable or good-quality fresh food.."

A study by the Legacy Foundation — funded by the U.S. Department of Agriculture — indicated that Lake County has 24 food deserts — 14 of which are in Gary alone. That is over half the food deserts in the county — 58%. Surprisingly, downtown Gary is not a food desert ... technically speaking.

Residents there have easy access to groceries with SaveMore and County Market being the major grocery retailers. Ignoring quality of food, customer service and overall satisfaction — downtown Gary is doing well, but what about everywhere else?

If you go to the Times website search bar and type in "food desert" you'll see a food desert map. From Cline Avenue south to Ridge Road - and east to Grant Street — we have nothing but County Market. That's 7 miles north and south and 3 miles east and west. Over 13,000 acres. It’s even more if the boundaries are extended to the southernmost end of the food desert to 53rd Avenue — some 23 square miles. There are other food deserts in Gary that are worse than this. If you ride west on 15th Avenue — it turns into 169th across Cline Avenue — one can get to Strack and Van Til in Hammond. If one has access to transportation it's a 10-15 drive for most people. That money is not being spent within Gary. This is a problem that Gary has in many areas of the retail economy in Lake County.

Referencing an article written by Joseph S. Pete for the Times, March 4, 2021, a Dollar Tree was opened in Gary at the former Gary Police Department property at 13th & Broadway. This is around the corner from an already existing Family Dollar store, 1401 Massachusetts Street. There is word floating around about a new Family Dollar store being opened in Ambridge-Mann at the former Walgreens location, 2801 W. 5th Avenue.

I have personally witnessed workers reinstalling this building’s evergreen-colored awnings with spray-painted red ones. While I’m happy this building, closed for three years, is being used again, I lament that it's another dollar store instead of a full-service grocer and pharmacy. Others have told me the same thing — they are tired of dollar stores.

The Ambridge community hasn’t had a full-service grocer since August 1976, when Wise Way, and a neighboring store, Q Drugs — at 2625 W. 5th Avenue — suffered a daytime fire and burned to the ground. The store was never rebuilt and — as time went forward — forgotten about entirely. One factor in my grandparents moving to Ambridge was the fact that there was a full-service grocery store nearby.

The loss of the store was devastating to the neighborhood, which hasn’t suffered the same degree of population loss as other areas of the city. The location is now a gas station — which is across the street from another gas station. Both of these gas stations are about one block east from the old Walgreens. That’s it as far as shopping for food in the community.

While Walgreens wasn’t a full-service grocer, the brand name was a great look at the location and — at least — offered some degree of alternative sustenance besides the junk food sold by its nearby competitors. With a new dollar store opening, we will get nothing but the same variety of poor quality food choices offered at the fuel stops.

There is no need to mention how severe lack of access to nutritious foods has led to obesity and diabetes problems in poor communities, especially communities of color.

These issues cause other problems — such as fitness for employment, lack of educational motivation, youth physical and mental development, etc..

There are community-based farming programs that have popped up here or there — such as the Progressive Community Church’s ‘Faith Farms’, Stewart House Urban Farm, the Gary Urban Farmers Initiative, Peace Baptist Church’s ‘Peace Garden’ and more. However, these programs — noble as they are — aren’t enough to address the massive amounts of malnourishment happening within the city. Other northern Lake County cities have neighborhood grocery stores dotted all over the place; some are even ethnic based. Why does Gary severely lack such amenities? Why travel seven miles outside of a neighborhood in an urban area just to purchase fresh okra? Grocery stores don’t only supply food. They are gathering places where neighbors meet neighbors, where jobs are provided, where local entrepreneurs have opportunities to sell their products, where communities gather day in and day out to provide value to their family’s diet. There has to be more to this story than population loss.

Communities shape the foods made available inside of grocery stores. We need more than County Market, SaveMore and dollar stores to provide our needs as a city. We have to rethink our practices and make a real effort to address concerns of nutritional need vs business profitability in Gary.

Brittany Fair, now 28, maintains her Christian faith and upbringing kept her going despite the health challenges she has faced over the last 21 years.

The woman said she was at a nearby brewery and officers learned the pole she struck was nearly completely severed and leaning over the roadway.

The boy faces a charge of operating a vehicle while never receiving a license, police said.

Montre Metcalf and others headed back on foot and planned to wait until the two men from the other vehicle were clear of the house because of the child inside, but grew impatient and shot multiple times.

Dezman Dukes has not yet entered a plea to a felony charge alleging he robbed a pizza delivery driver in 2019. Dukes was initially charged in a separate shooting that killed 17-year-old Johnny Peluyera.

The man's vehicle had rolled over in a crash in Sauk Village.

"You just really couldn't find a more professional and more friendly guy to deal with than Joe Govert. He was one of a kind," Schererville Town Council Vice President Tom Schmitt said.

Hammond students will return to classrooms with masks, for now

School City of Hammond is one of the few districts in the area to align with most recent guidance from the American Academy of Pediatrics.

Firefighters from several agencies worked at the scene for more than two hours to extinguish the flames.

UPDATE: Man dies after being shot in neck while driving, officials say

The suspect fled from an off-duty police officer after a shooting Sunday in Calumet Township, according to Lake County Sheriff Oscar Martinez Jr.

Duneland students will have district-wide SEL curriculum starting this fall

Shipments rose by 52% at the Port of Indiana-Burns Harbor in June and are up significantly this year.

After crashing into the squad car, the suspect was seen ingesting pills in his locked car before police broke out the window to make the arrest.

"It just baffles me how this could even have occurred," the judge said. "I keep thinking there must be more to it than this. There must have been some underlying issues with you and your family for it to have gotten to this point."

Five males face charges after they were arrested following a report of gunshots being fired in an East Chicago neighborhood.

"Our staff is vaccinated, but I am concerned some folks will return to avoiding indoor dining," said Brent Brashier, co-owner and chief barbecue officer of Doc's Smokehouse and Craft Bar.

During its Thursday meeting, the Winfield Plan Commission, for a second time, deferred a zone change for the 98.25-acre parcel the new school would occupy at 12408 Gibson St. in a 5-0 vote.

At a ribbon cutting ceremony Thursday afternoon, a few hundred people gathered to listen to speeches, learn more about new opportunities for students and take tours of the new high school.

The victim was taken from a local hospital to the University of Chicago Medical Center for treatment.

A dedication was held Thursday for part of the old Franciscan Health hospital in Michigan City that will be put back to medical use.

The man said he threw some of the cash on the ground and fled while Kyle Josway collected the money, police said. Josway then reportedly threatened to shoot the man and witnesses.

Drunk man told Porter County fairgoer to leave the US due to her ethnicity, police say

She said Scott Plaster told her she is in the wrong country due to her ethnicity and began following her and continued yelling at her until she approached a fair employee for help.

Korry Shepard is an amateur Gary historian and runs the Gary Historical Collective group on Facebook. The opinions are the writer's.

Hot dog! The Oscar-Mayer Wienermobile will roll into Northwest Indiana this weekend, making four stops at Strack & Van Til supermarkets.

Tonia Hunt and her daughter Nevaeh Hunt, 4, both of Gary, leave Walmart Supercenter in Hammond in this December 7, 2015 file photo.

A now-closed Ultra Foods in Gary is pictured.