MARC CHASE: As elected official fails us with absenteeism, another leader steps up
Share this
× 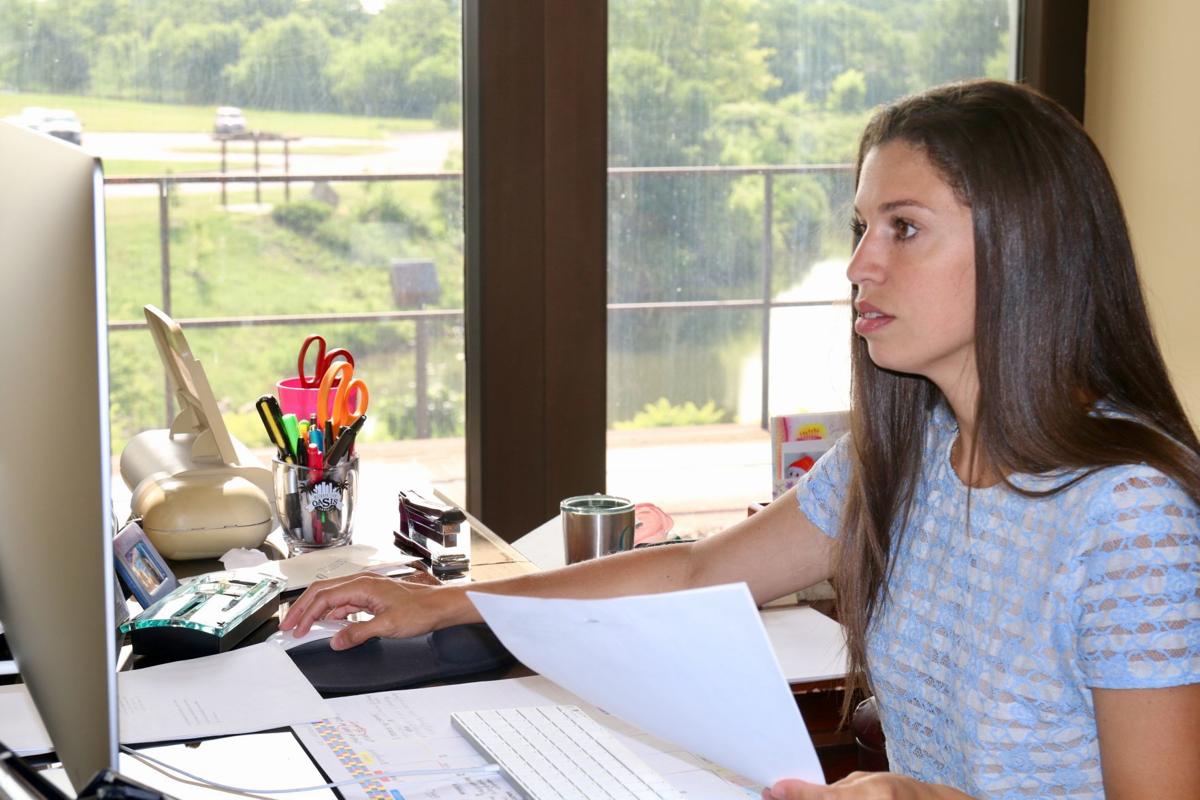 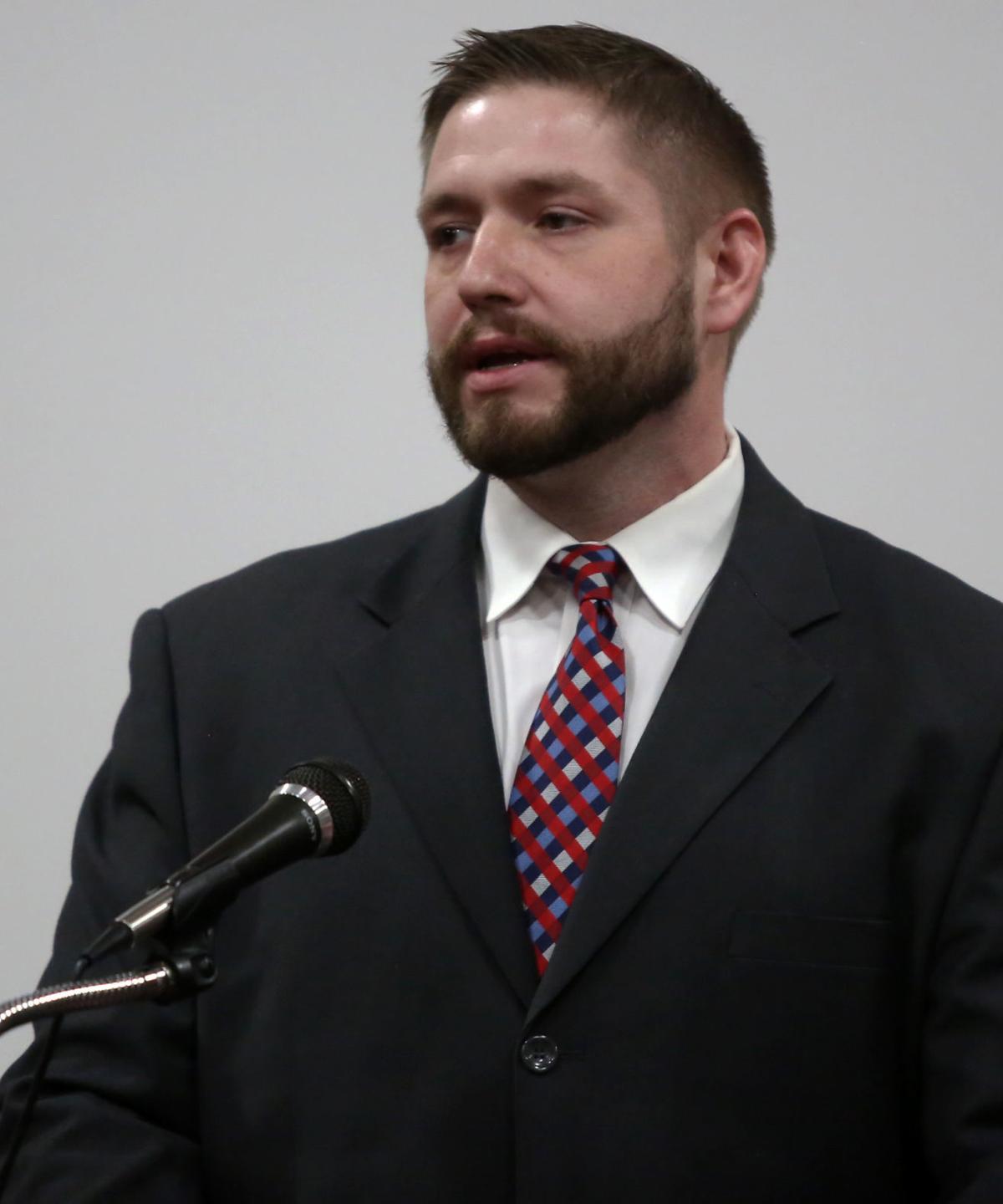 Lake County Recorder Mike Brown gives remarks after he gets sworn in to his second term in late 2016. 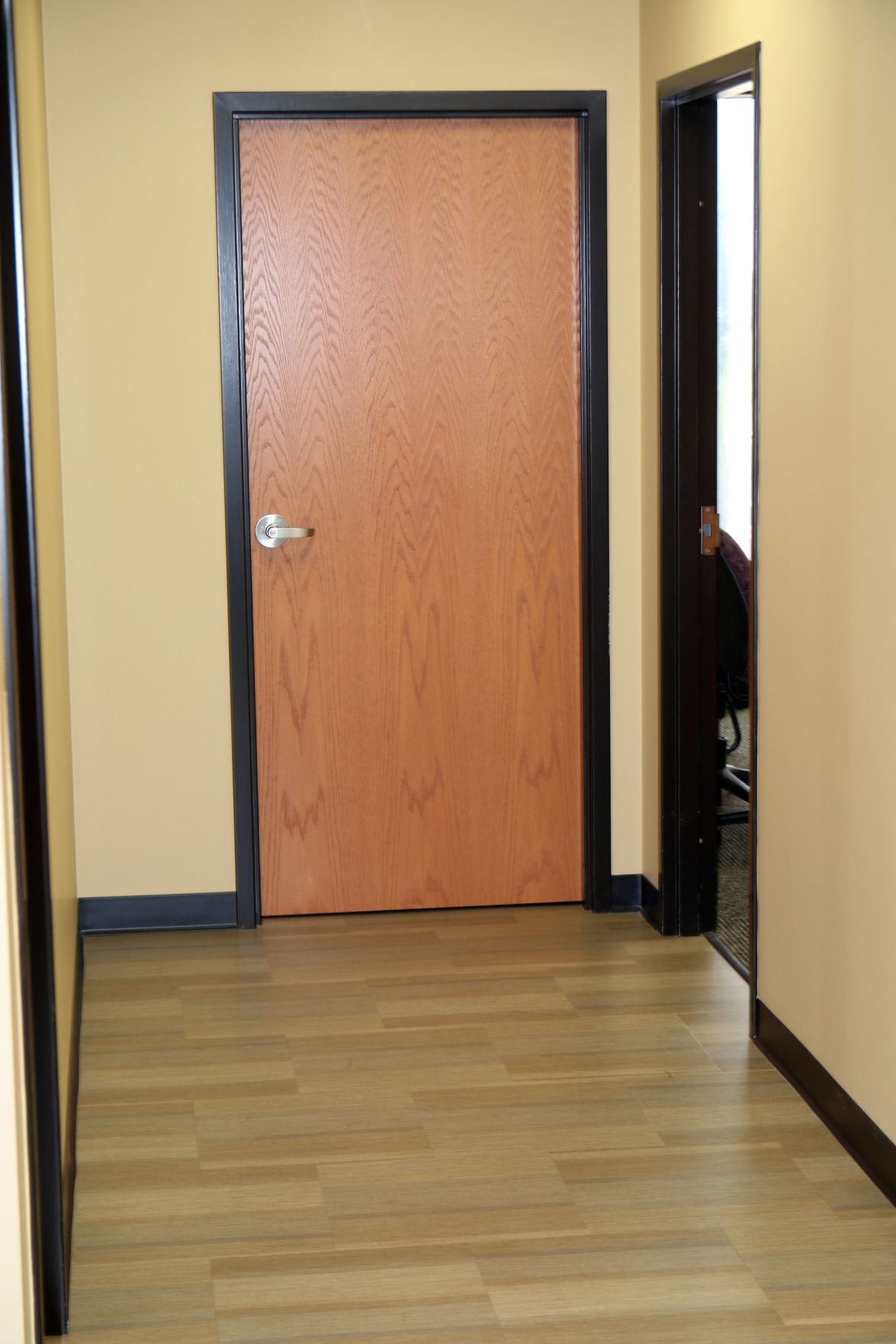 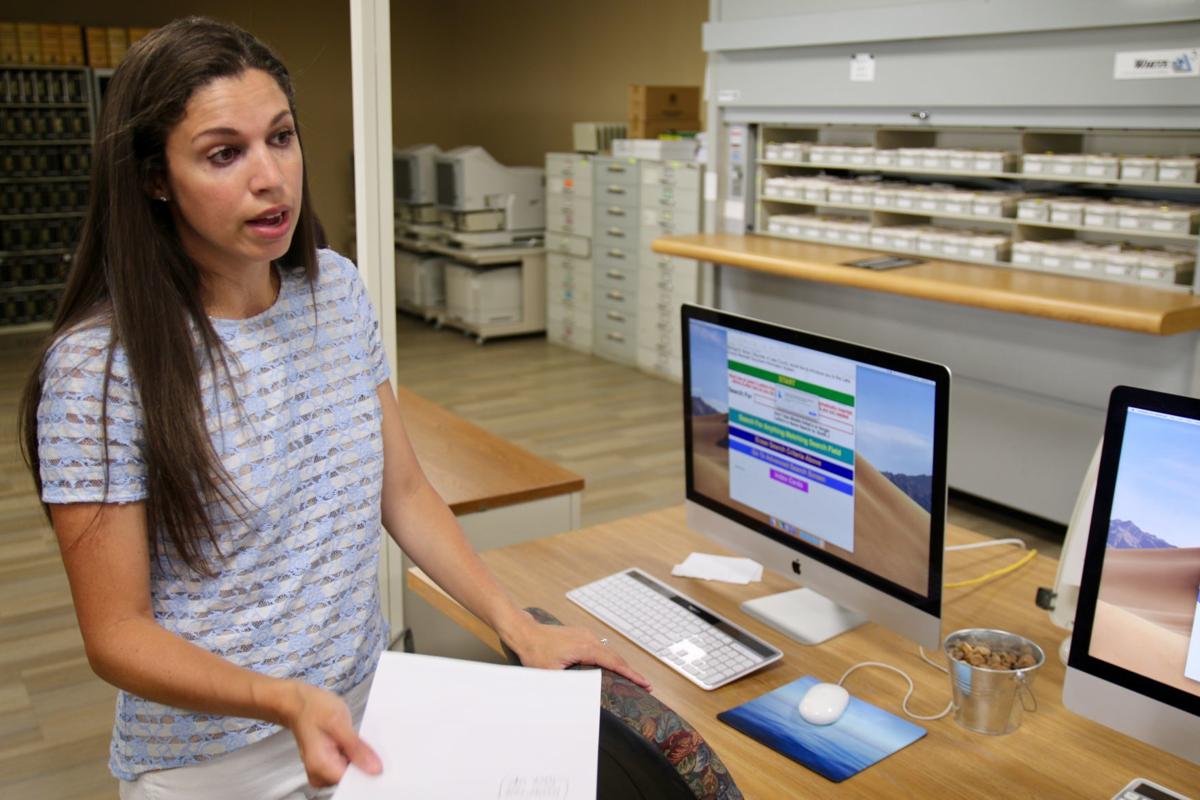 Lake County Deputy Recorder Gina Pimentel points out the public access terminals in the government office she essentially has been leading for a the past couple of years. 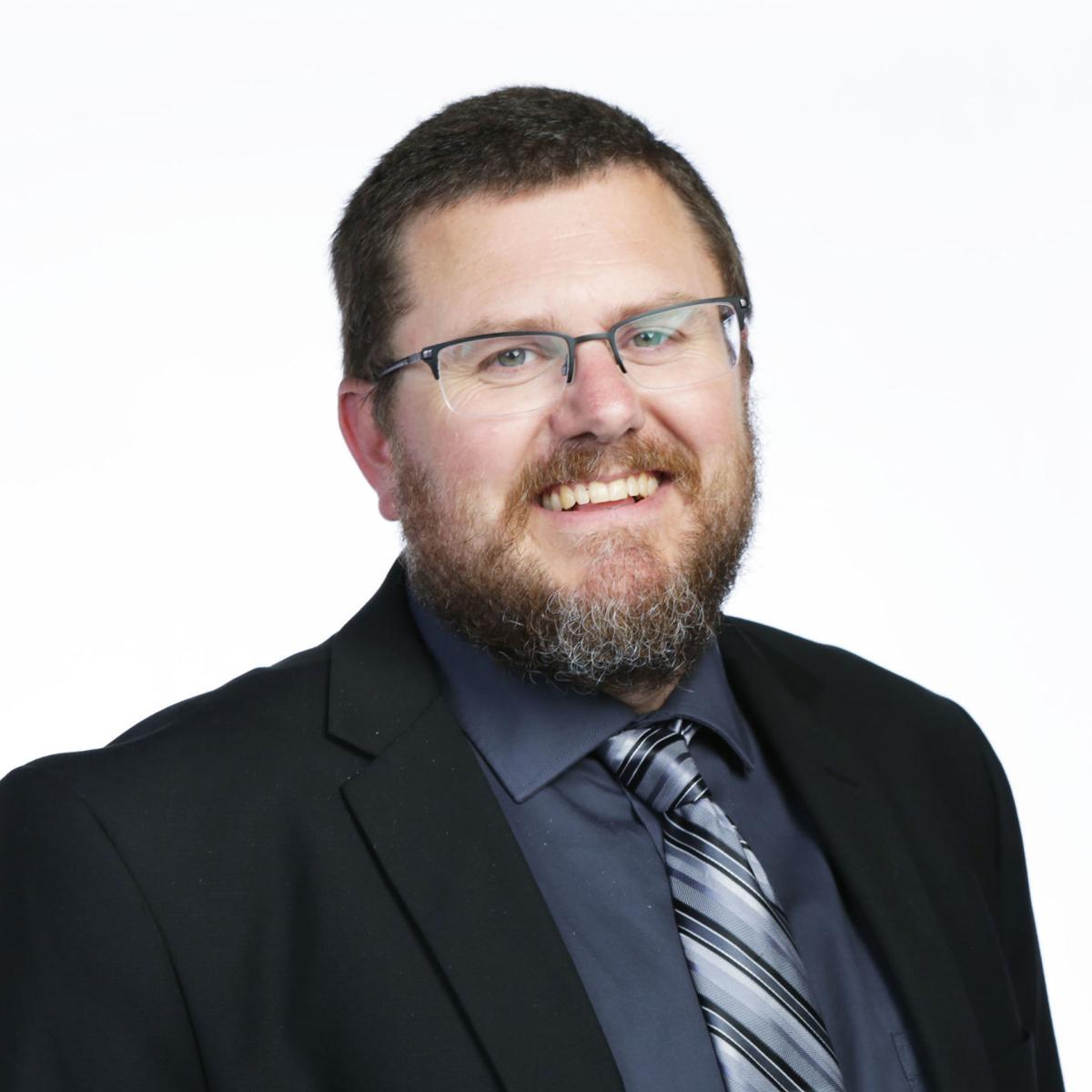 No one wants to fork over cash for services not rendered.

And many folks renting from an absentee landlord know of the frustrations that can ensue.

The bad news is Lake County taxpayers apparently have been experiencing both scenarios for the past two years as elected Recorder Mike Brown rarely shows up to work, according to multiple accounts of other public officials and government center employees.

The good news, according to those same public officials and employees?

Deputy Recorder Gina Pimentel is keeping the office running for about $20,000 less per year in annual compensation than taxpayers are paying elected Recorder Brown to not show up to work much.

Brown's near-constant absence from the office has been observed by multiple employees inside the Lake County Government Center and Times reporters and editors, who have visited the taxpayer-funded office more than a dozen times within the past year.

By numerous accounts, Brown, the man Lake County voters elected to run the office at an annual salary of more than $62,000, hasn't shown up at the office much since 2017, when he was sued for sexual harassment following an alleged affair with a subordinate. Some of the trysts occurred within his government office itself, the lawsuit alleged.

That annual salary isn't the only money being reduced to ashes in Brown's name.

An out-of-court settlement in the sexual harassment lawsuit rang up a $185,000 price tag for the county.

When I spoke with Brown Friday, he vehemently claimed he has been available to his staff the whole time.

But being available for employees to hunt him down isn't the same as being present and leading.

Brown also noted he has tried to be "more private" since being sued by former office employee Estela Montalvo, who accused Brown of using a sexual relationship as a precursor to possible elevation of status in the recorder's office.

He noted he doesn't keep long office hours like he did in his first term as recorder, which began in 2012.

Then he listed a litany of "great" things he's done for the office, including getting an old paper-driven office into the digital age by creating searchable databases for the deeds and other documents under the auspices of the recorder's office.

But employees and public officials say Brown doesn't really show up at all anymore.

Hamm noted Brown stopped representing the office at county council meetings and committee functions around the time the sexual harassment lawsuit was filed.

"It's frankly a betrayal of public trust," Hamm said. "He's not there doing the work."

Hamm said Pimentel, who has worked in the recorder's office for five years, has competently handled budget matters and management of the office.

Several other public officials and employees of Brown's office, who did not want to be named for fear of being fired, agreed with Hamm's assessment.

But she did note assuming the reins of the office has trained her to become the main recorder, a position she said she intends to seek in the 2020 election. State term limits mercifully prevent Brown from running for the office again in the next cycle, even if he wanted to.

The fact Pimentel has held things together while her boss sunk into scandal and absenteeism means voters should give her a serious look.

By all accounts, she has stepped up and helped usher in improvements in office technology and staff efficiencies.

For his part, Brown said he's done with local politics.

He believes the lawsuit filed against him was politically motivated, designed to sully his reputation.

But essentially going into hiding and mailing it in have only worsened Brown's reputation at the Lake County Government Center, and that's all on him.

When I visited the recorder's office Tuesday, Brown was absent, as expected. Pimentel was present, and employees there clearly were following her lead.

When I contacted Brown on his cellphone Friday, I asked if he was in the office at that time.

He said he wasn't but had just departed.

Employees in his office, with whom I spoke after that conversation, hadn't seen him in the office at all Friday.

It's good Brown is talking about hanging up his political cleats in general.

Taxpayers deserve to know if elected officials are showing up, literally, to do the jobs they were elected to perform.

When deadbeats won't voluntarily remove themselves from a situation, they must forcibly be shown the door.

Nothing lays bare the shortcomings of a 40-something white guy like the tangled, corkscrewing terror of a little African-American girl's hair …

MARC CHASE: Sitting, staying and heeling our way into glory

I stared deeply into her eyes, the sweat beginning to bead on my brow.

The Lake County Council unveiled a plan this week to reduce the 2020 annual salary for elected Lake County Recorder Mike Brown to $1.

Lake County Recorder Mike Brown gives remarks after he gets sworn in to his second term in late 2016.

Lake County Deputy Recorder Gina Pimentel points out the public access terminals in the government office she essentially has been leading for a the past couple of years.