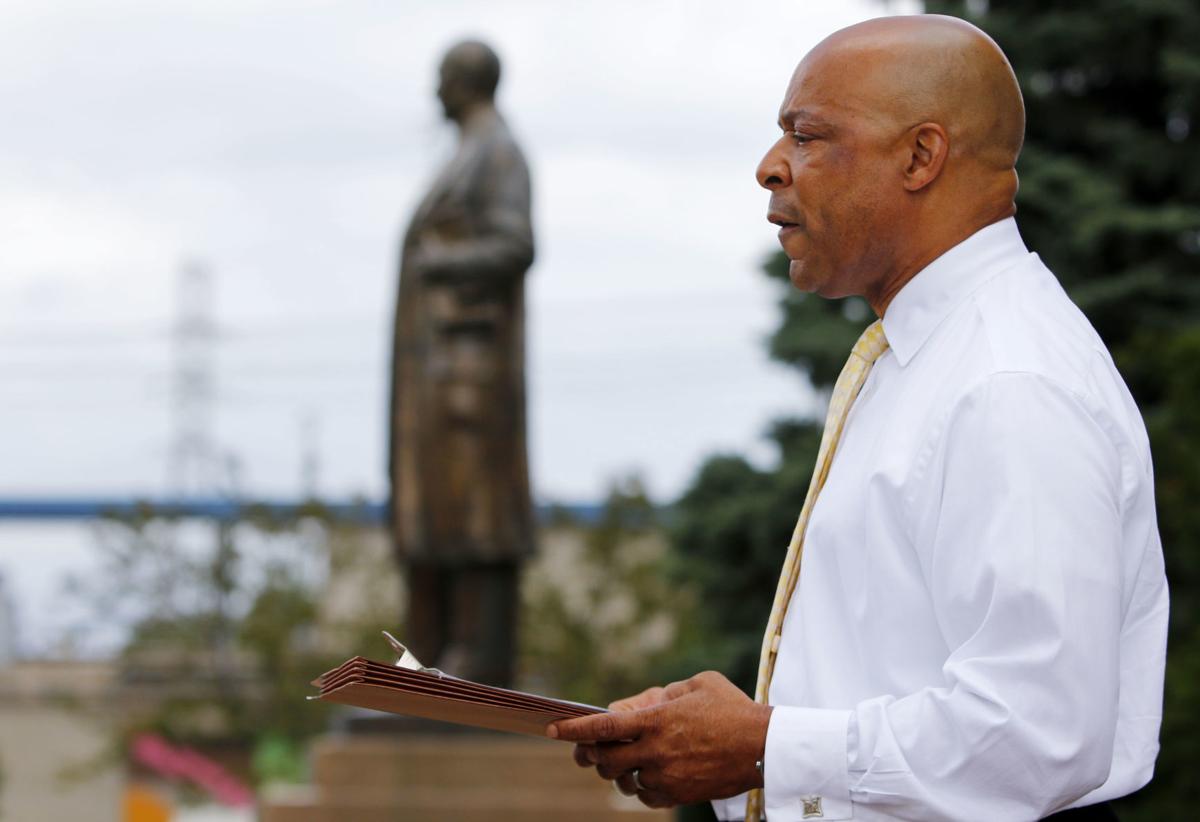 With the statue of Elbert Gary in the background, Jerome Prince delivers a statement Tuesday, July 16, 2019 during a press conference on the steps of Gary City Hall. 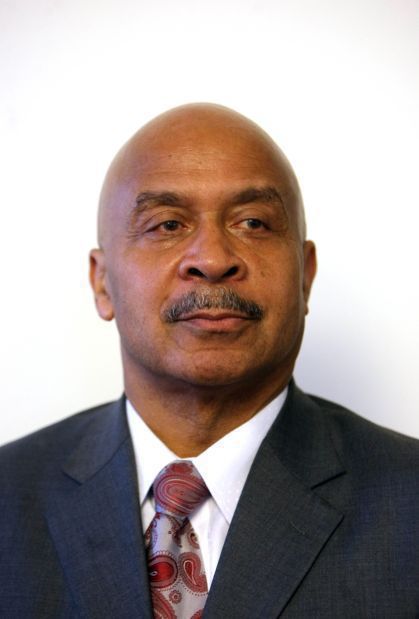 The heir apparent to Gary's top cop position is a well-respected law enforcement and military veteran, a relative political outsider and, by all appearances, a solid choice to be the department's next chief under a new mayor next year.

Now Gary's Mayor-elect Jerome Prince should do all he can to allow his choice for police chief, retired Army Col. and former U.S. Postal Agent Richard Ligon, the ability to lead without political strings.

So far, Prince is hitting all the right notes.

On Tuesday, when he announced Ligon as his choice to become chief Jan. 1, Prince said law enforcement decisions would be entrusted firmly to Ligon.

"The chief can absolutely rest assured knowing there will not be any micromanaging from City Hall, and I will certainly rely on his expertise and his opinion and insight in terms of picking his staff," Prince said when announcing Ligon as the next chief.

That's an attractive premise in a city and Region that have too often allowed political concerns to infect public safety decisions.

He has run unsuccessfully three times in recent Democratic primaries for the Lake County sheriff's seat.

But Ligon hasn't perennially aligned with any particular political camps, and he steadfastly presents as his own person.

He's also widely respected in community and law enforcement circles for demonstrated character, a successful 23-year career as a federal agent and a 36-year career in the military, in which he rose to the rank of Army colonel.

Prince's choice for Gary's top cop appears to be a good one.

All eyes will be on Prince as he builds his administration after dethroning incumbent Mayor Karen Freeman-Wilson in the May primary and winning, unopposed, in the November general election.

Now Prince must resist what so many other top elected officials often find too intoxicating to avoid.

Prince must entrust law enforcement decisions largely to the man he has hired to lead the department without exerting pressure for political appointments or promotions within the department.

Challenges already abound for a city police department that struggles with staffing, recruiting and resources.

Politics shouldn't be added to that list of hurdles.

Richard Ligon has been tapped as the city's next police chief and the first to serve under Mayor-elect Jerome Prince's administration come Jan. 1.

EDITORIAL: As bodies stack up, Gary schools fail to address the problem

"The body count is stacking up. The problem is staring the entire Region in the face. No one can afford to be numb or dismissive."

With the statue of Elbert Gary in the background, Jerome Prince delivers a statement Tuesday, July 16, 2019 during a press conference on the steps of Gary City Hall.