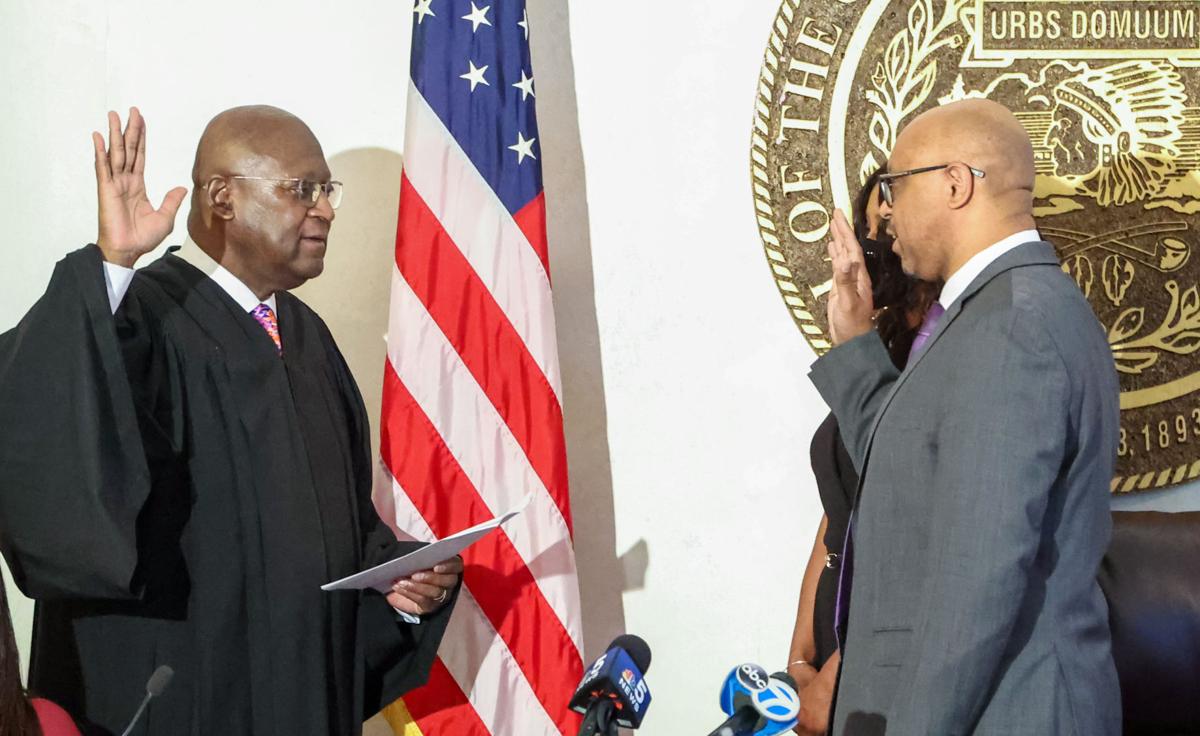 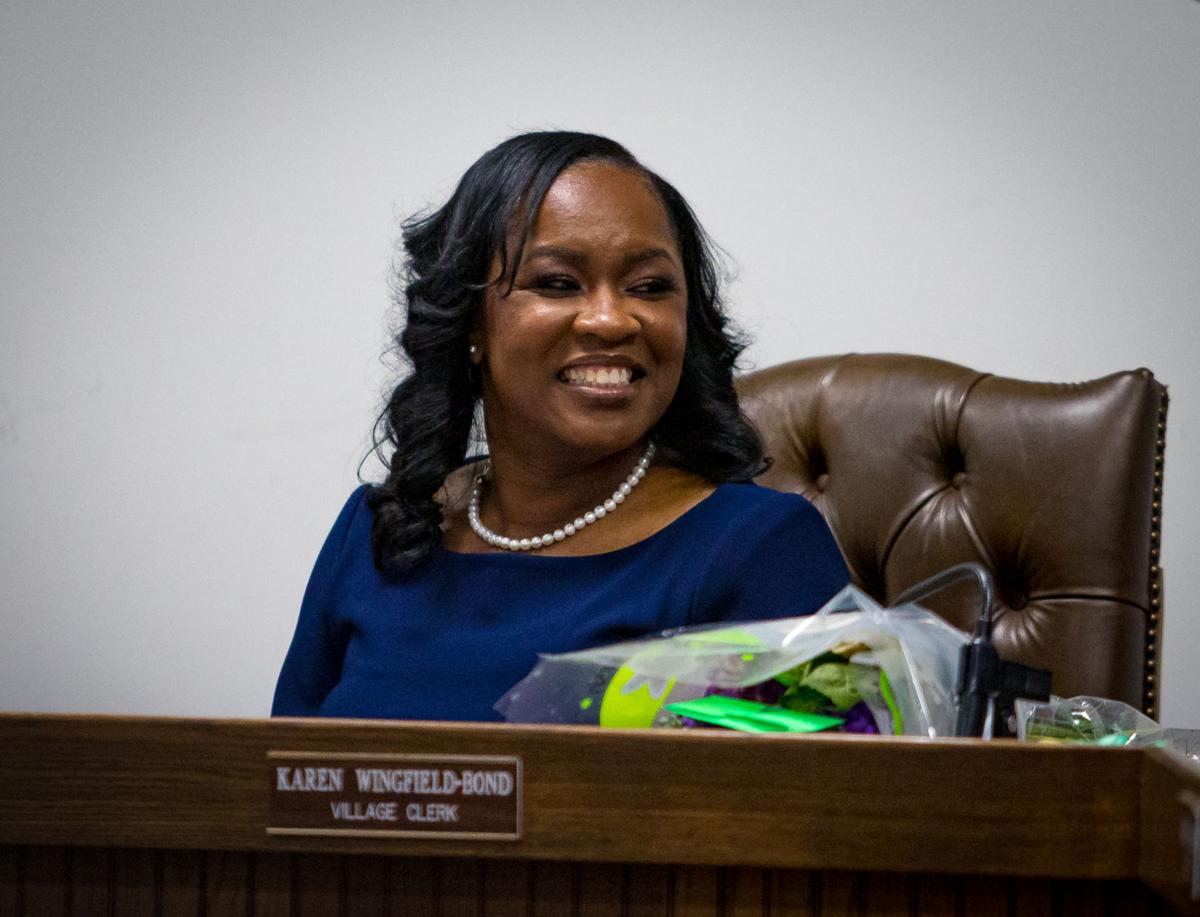 Jada Curry smiles after being sworn in as Lynwood's first female mayor. Curry's election marks the first change of administration the village has seen since 2005.

She defeated four-term incumbent Eugene Williams in February's Democratic primary. She then ran unopposed in the general election.

He made history more than 20 years ago when he became the city's first black alderman.

In February, he defeated 18-year incumbent Michelle Markiewicz Qualkinbush before a general election win over a write-in candidate.

Such historic wins like those of Curry and Jones in the south suburbs can be celebrated with also knowing they are long overdue.

But now that both mayors have been sworn in, the real work begins.

That means the voters were ready for a change. And that means more than the ceremonial change that comes with a swearing-in.

After Curry's primary win, the now former Lynwood trustee told The Times what motivated her to run.

"I was concerned about the meetings, that information wasn't being shared, the lack of transparency," she said.

We are buoyed when any elected official cites transparency in government. Too often that becomes a campaign talking point that never comes to fruition.

She also told The Times, "I am running (for mayor) because there is a pressing need for evolution in our village" and noted a need for economic growth in the community.

Jones laid out an ambitious agenda to The Times' Mike Clark after being sworn in. He touched on bringing a casino to the city, addressed policing, crime, housing and promised to present a redevelopment plan within 30 days for River Oaks Center.

As we do with any candidate, regardless of party, we will give Curry and Jones the benefit of the doubt.

Both Curry and Jones have a lot of work to do. And it won't be easy. Especially as our country slowly digs out of the economic rubble left by the COVID-19 pandemic.

Lynwood and Calumet City residents have placed their good faith in Curry and Jones. We hope the new mayors govern with a similar good faith toward their constituents.

Not all campaign promises can become reality. Governing requires pragmatism.

It also needs the transparency Curry claims was so lacking in Lynwood.

Constituents deserve transparency from the people they elected to serve.

A continuance of the status quo is not what got Curry or Jones elected.

We're encouraged that the two new mayors made history. Now we hope to see them make real change.

Really, you're suing the Portage School district over a mask mandate that reduces the spread of COVID-19 to each and every student, staff and …

LETTERS TO THE EDITOR: Too many plea deals

It seems every story I read about people being held or out on bond for murder or other heinous charges, are offered a substantial reduction fr…

Talk about burying the lead ... in Sunday's headline story,"Employees struggle to find help in Region", you waited until the 22nd paragraph to…

Anniversary of 9/11 a chance to process and grieve again

COMMENTARY: How do you process so much hate and carnage?

LETTERS TO THE EDITOR: Why any government intervention at all?

Republicans are absolutely correct. Biden’s effort to make us safer by making efforts to get people vaccinated, wear masks to protect themselv…

Is the Left losing its grip on California?

GUEST COMMENTARY: In California, the bluest of blue states, where, in 2020, challenger Joe Biden defeated incumbent President Donald Trump by a margin of almost 2-1, the polls are within the margin of error showing Newsom holding on in the recall.

LETTERS TO THE EDITOR: Biden unfit to serve

According to Joe Biden, the withdrawal from Afghanistan was an "extraordinary success." Thirteen soldiers were killed, Americans were left beh…

Biden's presidency is full of disasters

As we witness the impacts of climate change, investments in the Great Lakes are critical to protecting the wildlife and people who depend on t…

LETTERS TO THE EDITOR: Society too self-absorbed

Society in general, and I know I am part of this, is thinking only about themselves too often. This is especially present today.

Jada Curry smiles after being sworn in as Lynwood's first female mayor. Curry's election marks the first change of administration the village has seen since 2005.