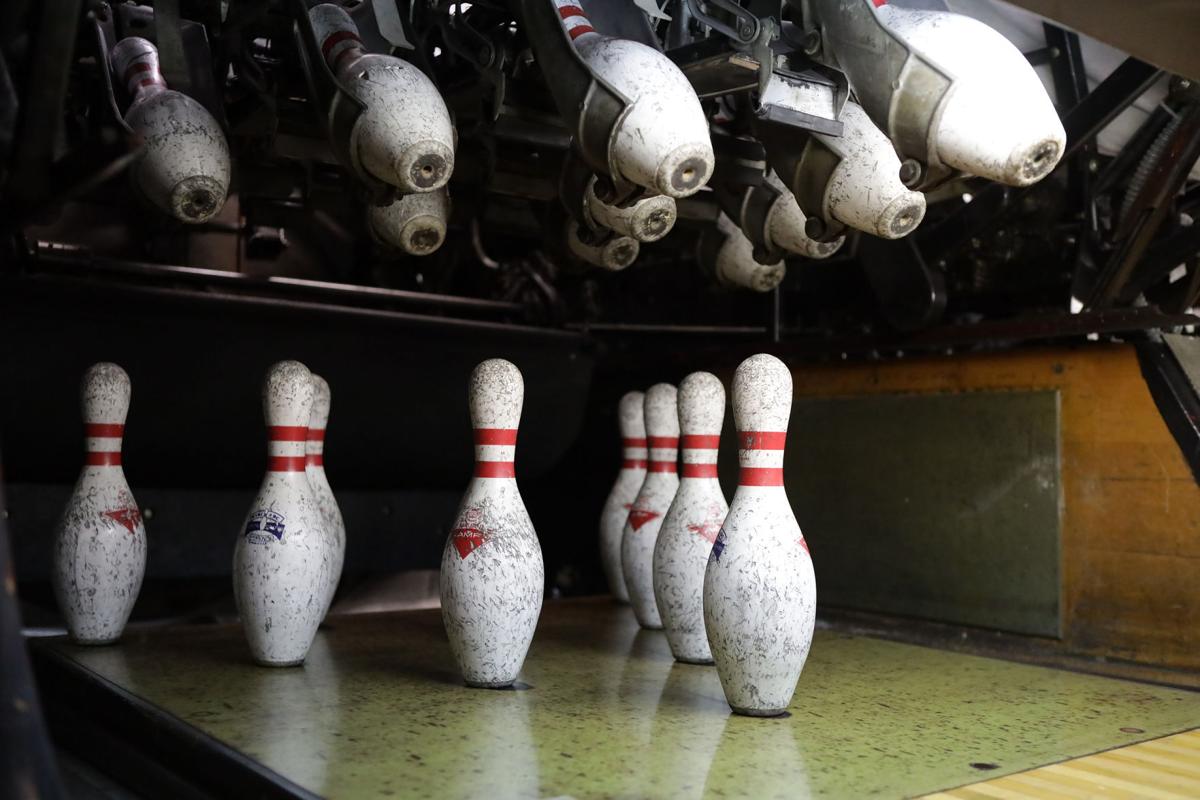 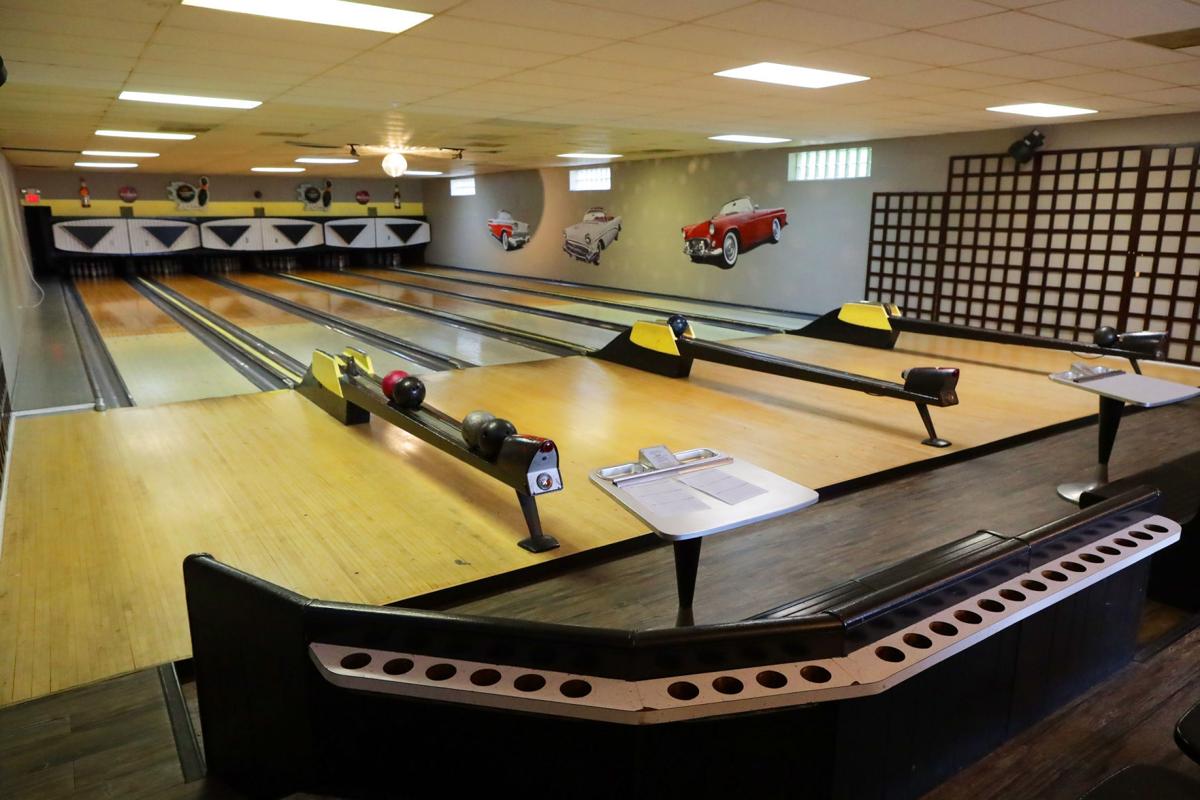 Frankfort Bowl offers six lanes on the second floor of a sports bar. 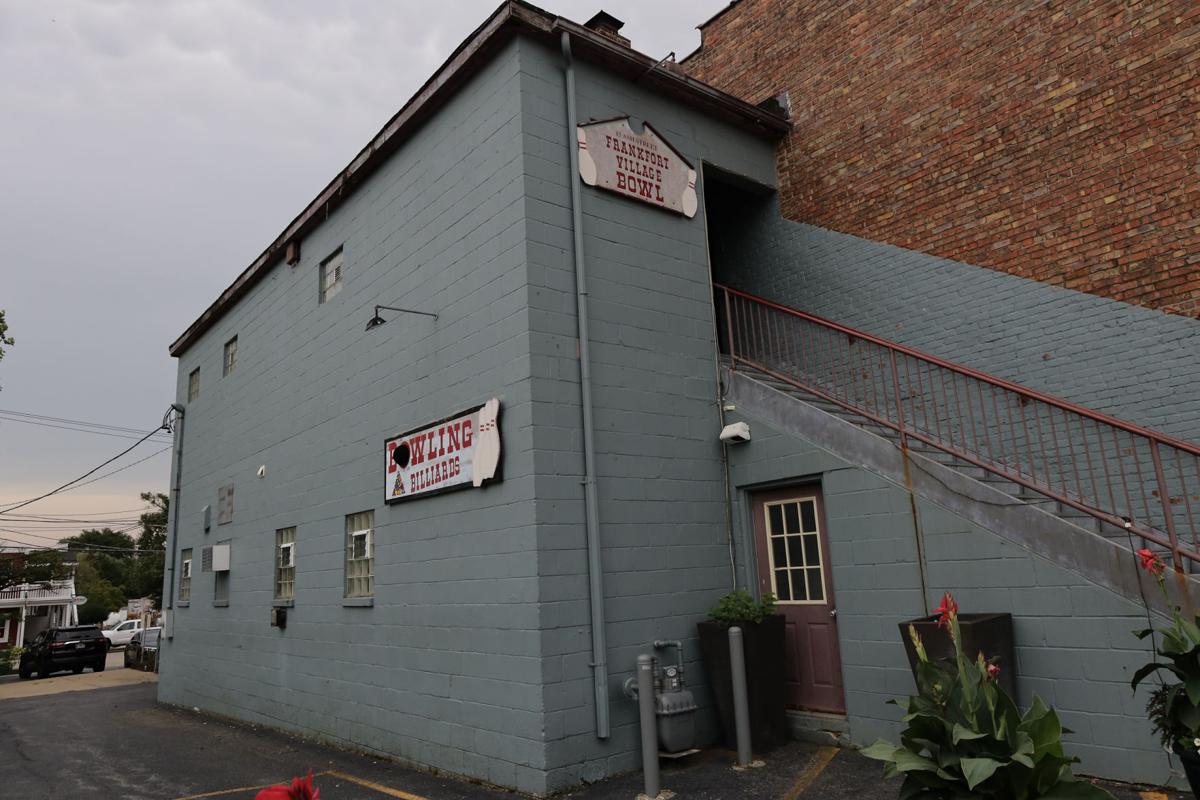 Frankfort Bowl & Billiards is in a building that dates from 1877 and housed a general store in Old Frankfort. 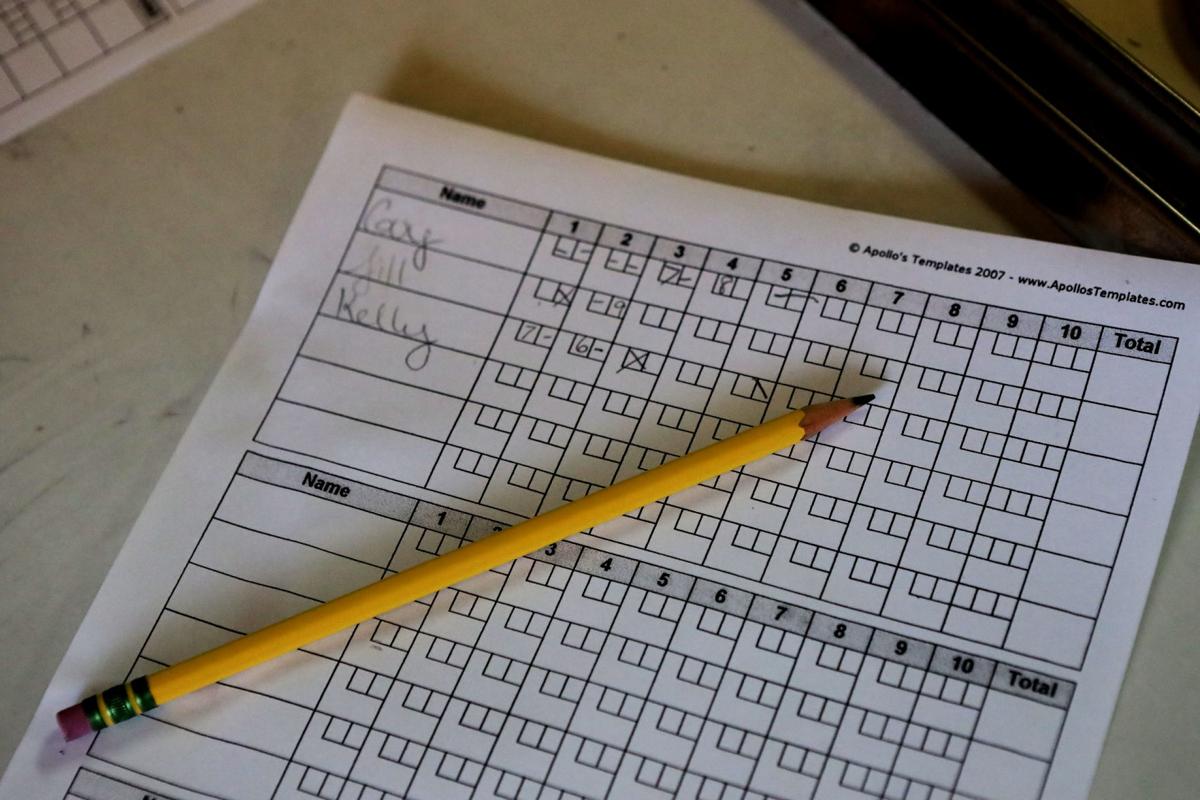 Scoring is done by hand at Frankfort Bowl. 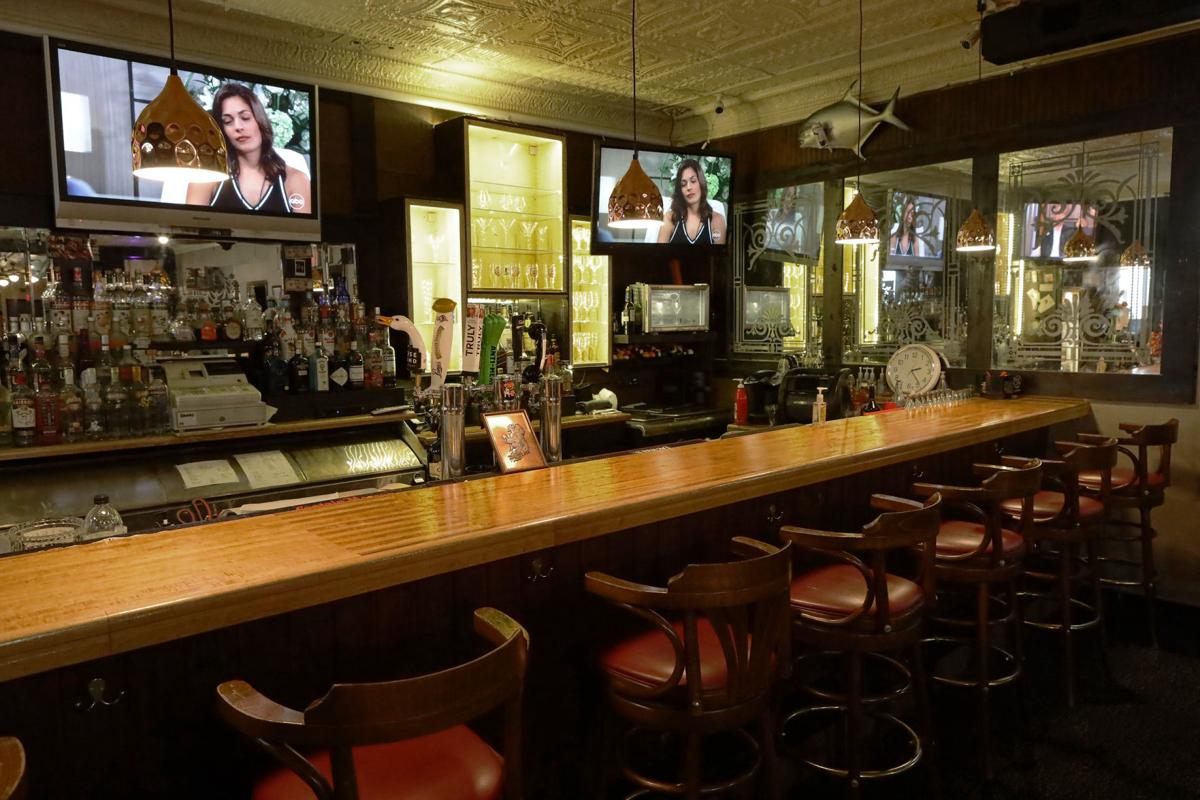 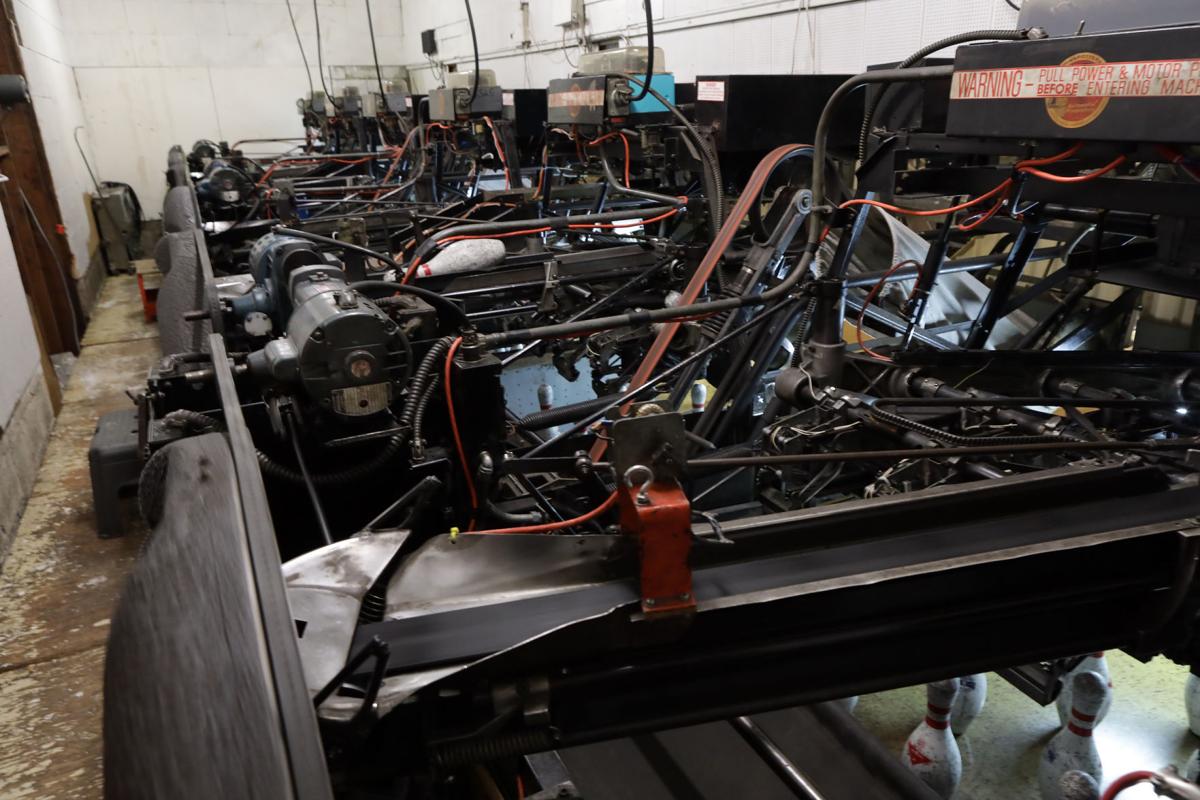 Owner Marie Smith services and repairs the vintage pinsetters herself. 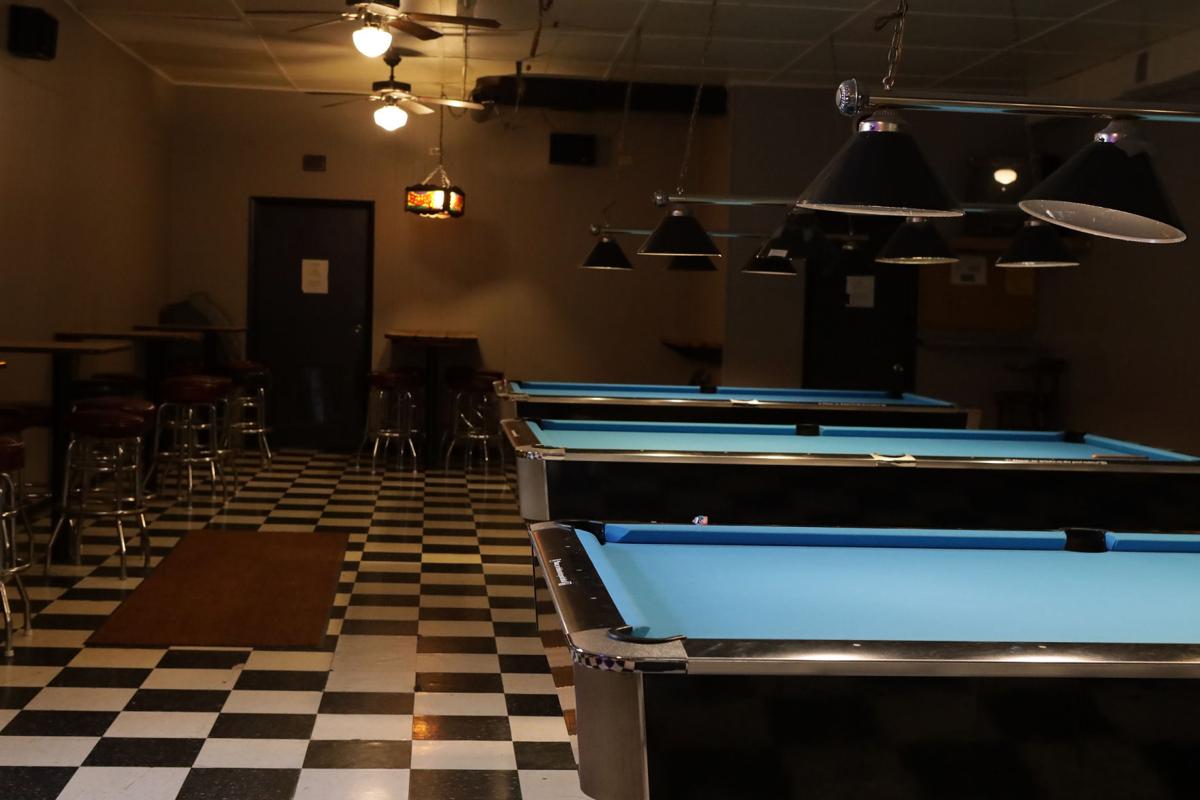 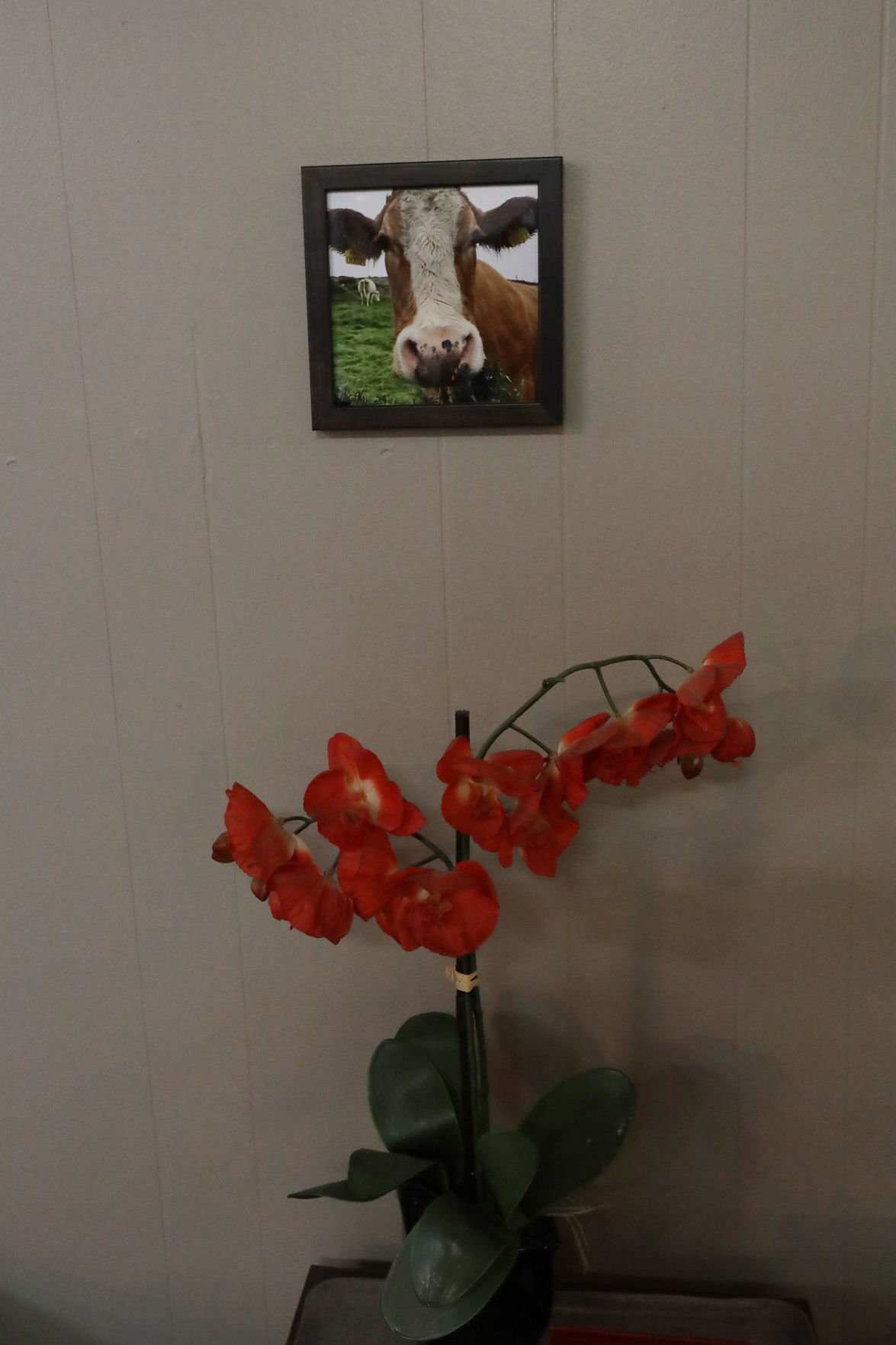 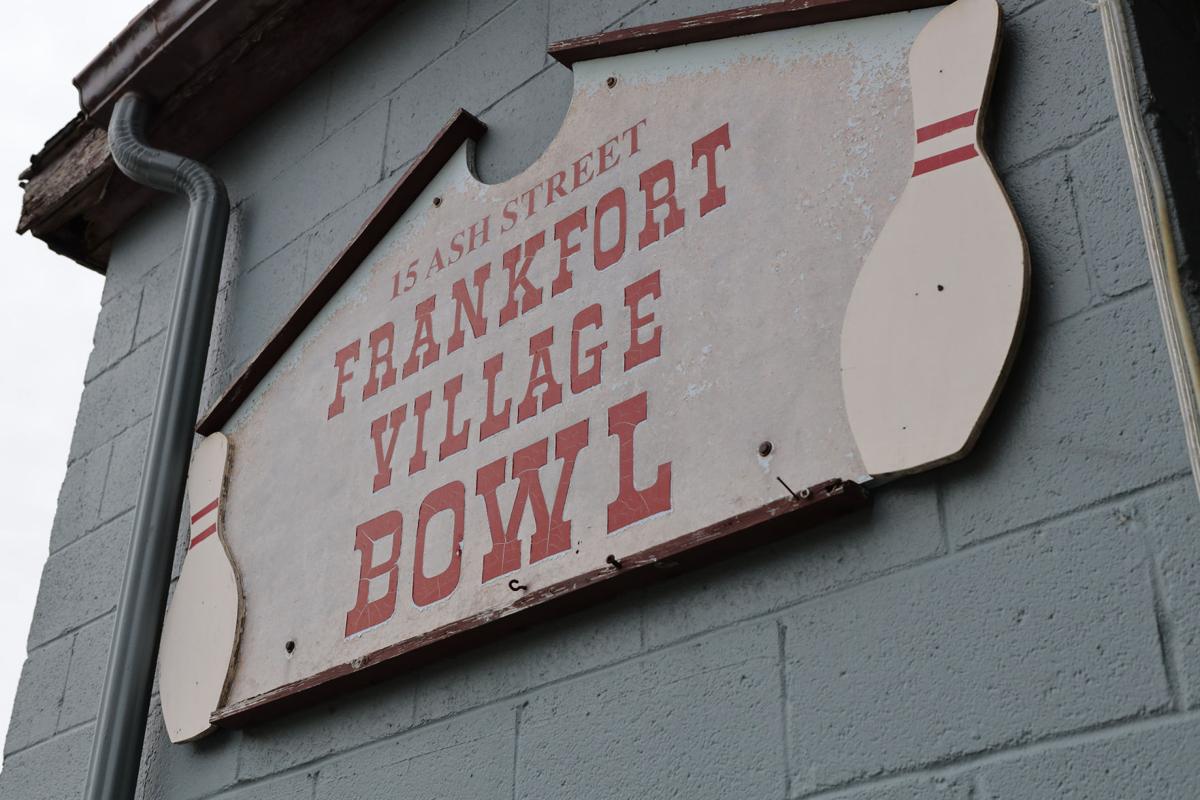 The second-story lanes opened in 1949.

With many buildings more than 100 years old, downtown Frankfort boasts a lot of history.

The downtown, known as "Old Frankfort," has the 1885 Bank Building, the Frankfort Area Historical Society and the Frankfort Water Tower, along with a beloved business that sits unassumingly on the corner of Kansas and Ash Streets. This is the home for more than 70 years of Frankfort Bowl & Billiards, a bar with a bowling alley on the second floor.

“As far as we know, it's the only upstairs bowling alley in Illinois,” said Marcia Steward of the Frankfort Area Historical Society.

“Because we’re upstairs, a lot of people don't know we’re here,” said Marie Smith, Frankfort Bowl’s owner. “I’ve had people live in Frankfort for 10 to 15 years come in and tell me ‘I had no idea this was here.’ ”

Frankfort Bowl, as it is called, was founded in 1949, according to Steward, in a building that first housed a general store built in 1877. Smith said the second story walls had to be taken out in sections to put the pinsetting machines and lanes in, and then rebricked. “Honestly, everything is pretty old in here,” Smith said “We’ve tried to keep everything original, antique or of the era. The bowling alley is all vintage. You even keep your own score”

This vintage charm appeals to Frankfort Bowl’s patrons, many of whom have been coming back for decades. “The first time I ever went to Frankfort Bowl was in early grade school, in the late 1970s,” Frankfort resident Lori Stanevicius said. “My neighbors and friends often meet there. It's a fun place to socialize.”

Steward, who has also been a patron of Frankfort Bowl, called the lanes a multigenerational gathering place for Old Town Frankfort. “It's a right of passage. The longer you’ve lived here, the more likely you are to have an experience at Frankfort Bowl.”

Stanevicius’ doesn’t even have the longest relationship with Frankfort Bowl in her own family. Her mother, Gloria Dean, remembers meeting friends there after her shifts at a nearby restaurant in the 1950s. And during a recent talk with her mother, Stanevicius learned that her uncle, Chuck Marx, used to work at the bowl as a pinsetter.

Smith and her husband bought Frankfort Bowl in 2009, partly to help pay for her daughter’s college. At the time, the bowling alley had been closed for 5 years but Smith’s husband knew the owners, and it seemed like a good opportunity. “We kinda jumped in not knowing anything about it, and it's been almost 12 years now.”

Smith now runs the alley with help from her son. She tends bar, maintains the lanes and works to keep the original pin-setting machine, an AMF 82-30 from 1952. “It's a lot of work, and I’ve learned to keep up a lot on the machines,” Smith said. “You fix it, keep it going. Everything is metal so you can repair things back to their original form.”

In May, the Frankfort Preservation Foundation named Frankfort Bowl as one of its most endangered places on its Facebook page, www.facebook.com/Frankfort-Preservation-Foundation-111130328942940, following the lead of the statewide historic preservation organization Landmarks Illinois. According to Steward, it's not Frankfort Bowl’s building, the Bulchowsky Building, that is in danger of being razed, but the bowl is in peril as a business.

Smith doesn’t use the word “endangered” to describe Frankfort Bowl, but she concedes that it can be a challenge to run such a unique business.  AMF no longer exists as a manufacturing operation so finding a mechanic who knows how to repair the pin-setting machines is tough. “Right now, I don’t have a mechanic in Illinois who knows how to fix the machines. I use a guy from out of state. He’s gotta drive like 6½ hours to come fix the pinsetters.”

Smith is also concerned about more shutdowns or restrictions resulting from the COVID-19 pandemic. The shutdowns last year were hard on business, but once it was able to reopen in the fall, its usual winter season family and corporate parties brought in some much needed revenue.

“We had friends who held a small family party to keep us in business,” Smith said. “I've got some really amazing customers who come here who are truly wonderful people”

Steward and Smith both noted that Frankfort Bowl is being part of informal pub crawls. “There’s another bar down the street called Old Time Trail, that's as old as this building,” Smith said. “All the locals will go there and then swoop down here after. Its a weekend thing.”

Recently, Stanevicius has noticed a younger crowd visiting Frankfort Bowl along with the long-time Frankfort residents. “I like a mixed crowd where old and young generations can mix,” she said. “A place like that is special.”

Steward believes that historic preservation is part of what makes Frankfort special and she would like to see places like Frankfort Bowl & Billiards survive. “Many people in the community are trying to help it succeed,” Steward said. “It's authentic, genuine and real. That’s what I’d like to see preserved.”

Friends and family helped decide who the individual champions were in the South West Suburban Red pre-conference cross country meet.

Hall & Oates roll out the hits at Hollywood Casino Amphitheatre

A look at Barber Capital in Lockport and Eva's Bridal in Orland Park.

With a green vision in mind, the Village of Homer Glen has taken its role as stewards of the earth’s natural resources seriously.

Arrowhead Ales Brewing Company took home a "Crushie" for Best Can Design in the 2021 Craft Beer Marketing Awards. It was one of five Illinois breweries so honored.

Frankfort Bowl offers six lanes on the second floor of a sports bar.

Frankfort Bowl & Billiards is in a building that dates from 1877 and housed a general store in Old Frankfort.

Scoring is done by hand at Frankfort Bowl.

Owner Marie Smith services and repairs the vintage pinsetters herself.

The second-story lanes opened in 1949.