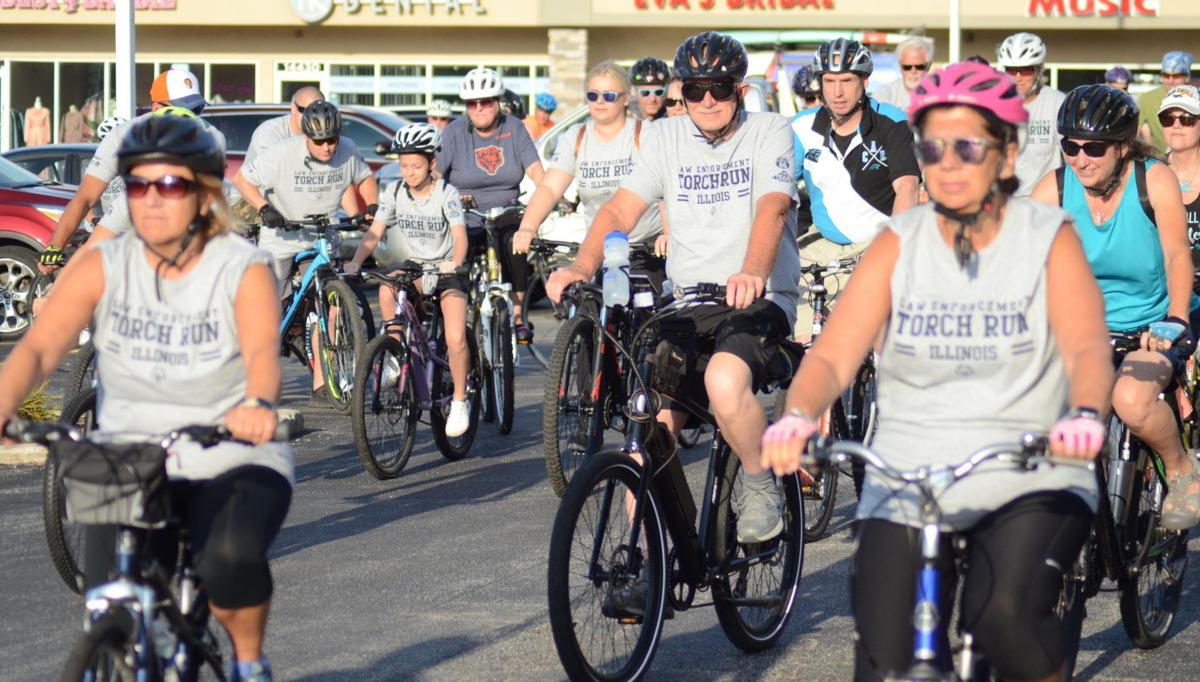 An estimated 100 riders got out of the starting gate at Fattie’s Pub for the bike ride to benefit Special Olympics Illinois hosted by the Orland Park Police Department. 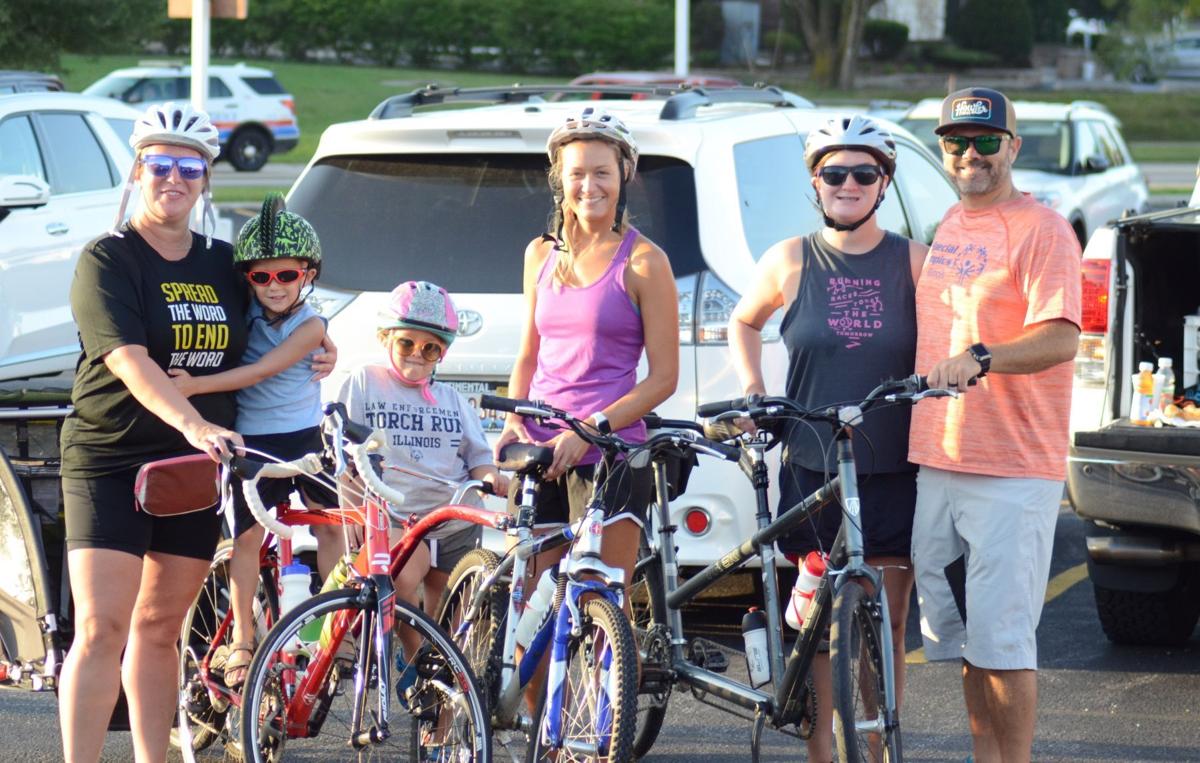 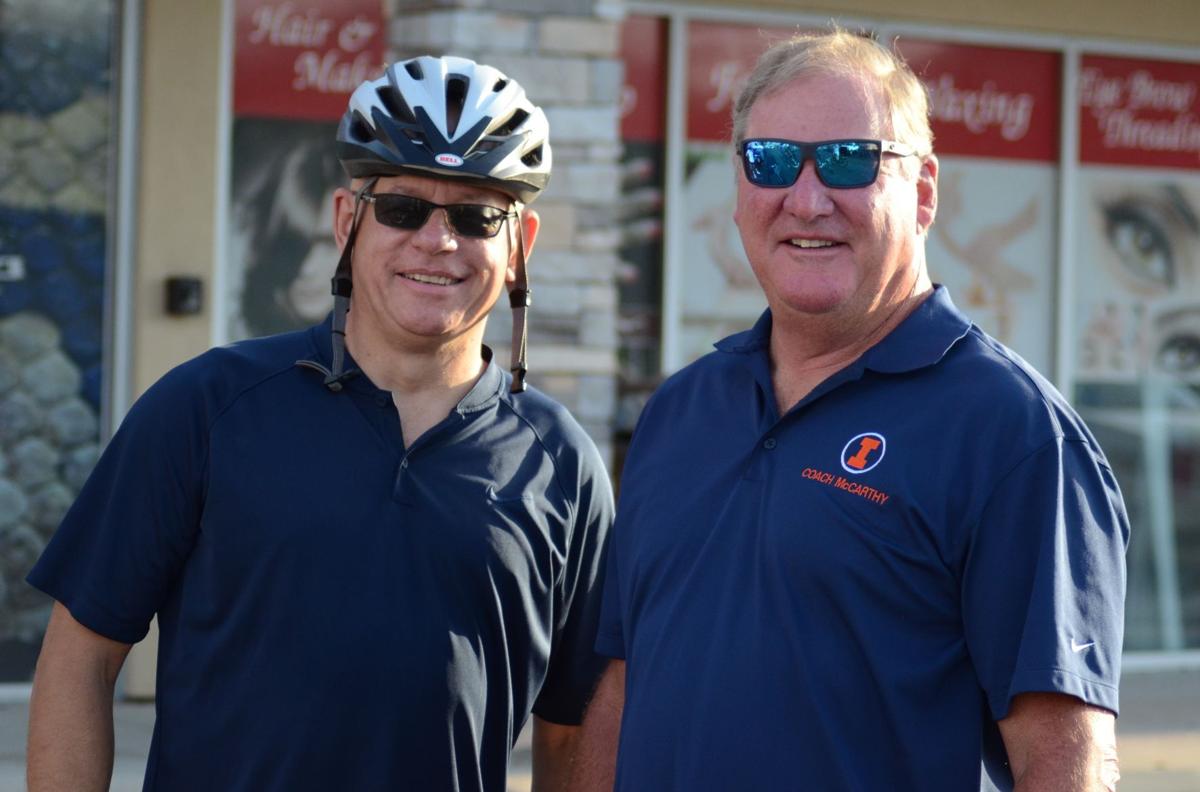 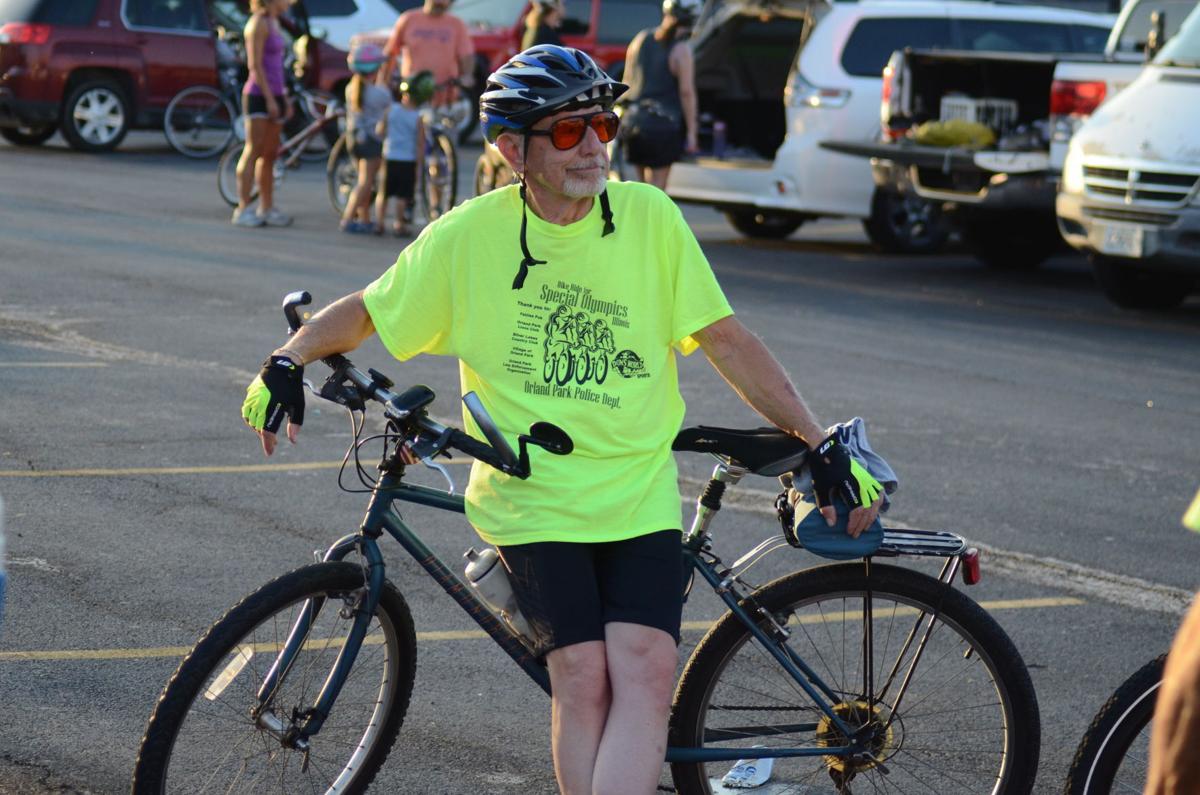 When Ashley Fridych was attending Andrew High School, she and her family made a mistake.

The Orland Park resident was signed up for what the family thought was a Special Olympics basketball class, where she would learn the game.

Instead, she was registered to play for the T-Bolts Special Olympics team. The T-Bolts are part of Andrew's traditional and unified basketball teams that play  through the winter athletic season and participate in postseason tournaments,  including the Illinois High School Association unified tournament. Other Special Olympic sports offered at the school include soccer and bowling.

It turned out the little mistake led to one of the most heartwarming moments of Fridych’s life.

“There would be boys who would clear the way and hand her the ball,” said her mother, Anne Fridych. “One day, she made a basket and the place went nuts – both sides were cheering.”

Moments like that, and many others over the years, are why the family of five and a cousin woke up early Aug. 29 to participate in a 15-mile bike ride run by the Orland Park Police Department. The ride begins and ends at Fattie’s Pub and goes through several Orland neighborhoods as through the Tinley Creek Forest Preserve trails.

The annual event raises money for Special Olympics Illinois, drawing a record 191 riders and bringing in $6,000 in 2020 when most events were shut down. This year an estimated 100 riders braved the heat and humidity for the cause.

Though this was the their first Orland ride, they acted like veterans as they had a sweet system set up.

Scott and Ashley rode a tandem. Arnos and Molly rode a tagalong bike. Anne drove a bike with Drew riding behind in what the family called a chariot.

Despite the heat, this was an easier way to help raise money than some things Scott has done. The contractor joined the Tinley Park police in February to do a super plunge in a cold pool once every hour for 24 hours, an event that raised north of $25,000.

Ashley has been involved in several Special Olympic events including swimming, bocce ball, gymnastics and track. She is also a medalist on the state level as those competitions have been held in the Bloomington-Normal area for years before the 2020 and 2021 break because of COVID-19 concerns.

The Orland bike event was the brainchild of former Police Chief Tim McCarthy, who believes it started in 2002. In the last two years, new Chief Joseph Mitchell has kept the tradition going and the retired McCarthy showed up to the support the ride this year and last.

Telecommunications officer Ron Kus oversees the details of the event and Mitchell said that Kus’s dedication makes him the perfect person to run the show.

There are some who have taken this ride for charity for many years.

Orland Park’s Bob Marcheschi, 81, was in his 60s when he started riding with the cops.

“I look forward to it every year,” he said. “It’s a cool event and usually I’m one of the oldest ones here. I might have missed one or two years. The last couple of years I have been riding with my friend Chuck Krezwick, and we really enjoy it.”

Remembrance of 9/11 on its 20th anniversary is personal for members of the Orland Fire Protection District.

Rep. Newman honors OFPD in Congress for answering the call at home

U.S. Rep. Marie Newman praises the Orland Fire Protection District for its work during the pandemic and more.

For the Forest Preserve District of Will County, the shift to organic farming is a key investment in the future.

Since 2014, first-responder initiative has helped families sorely in need of food, clothing, shelter

Community-funded and all volunteer, Lockport Love, an initiative of the police department, works to help the town's neediest families.

Law enforcement works around the clock, so when it came time to raise money to support the athletes of Special Olympics Illinois, officers of …

An estimated 100 riders got out of the starting gate at Fattie’s Pub for the bike ride to benefit Special Olympics Illinois hosted by the Orland Park Police Department.