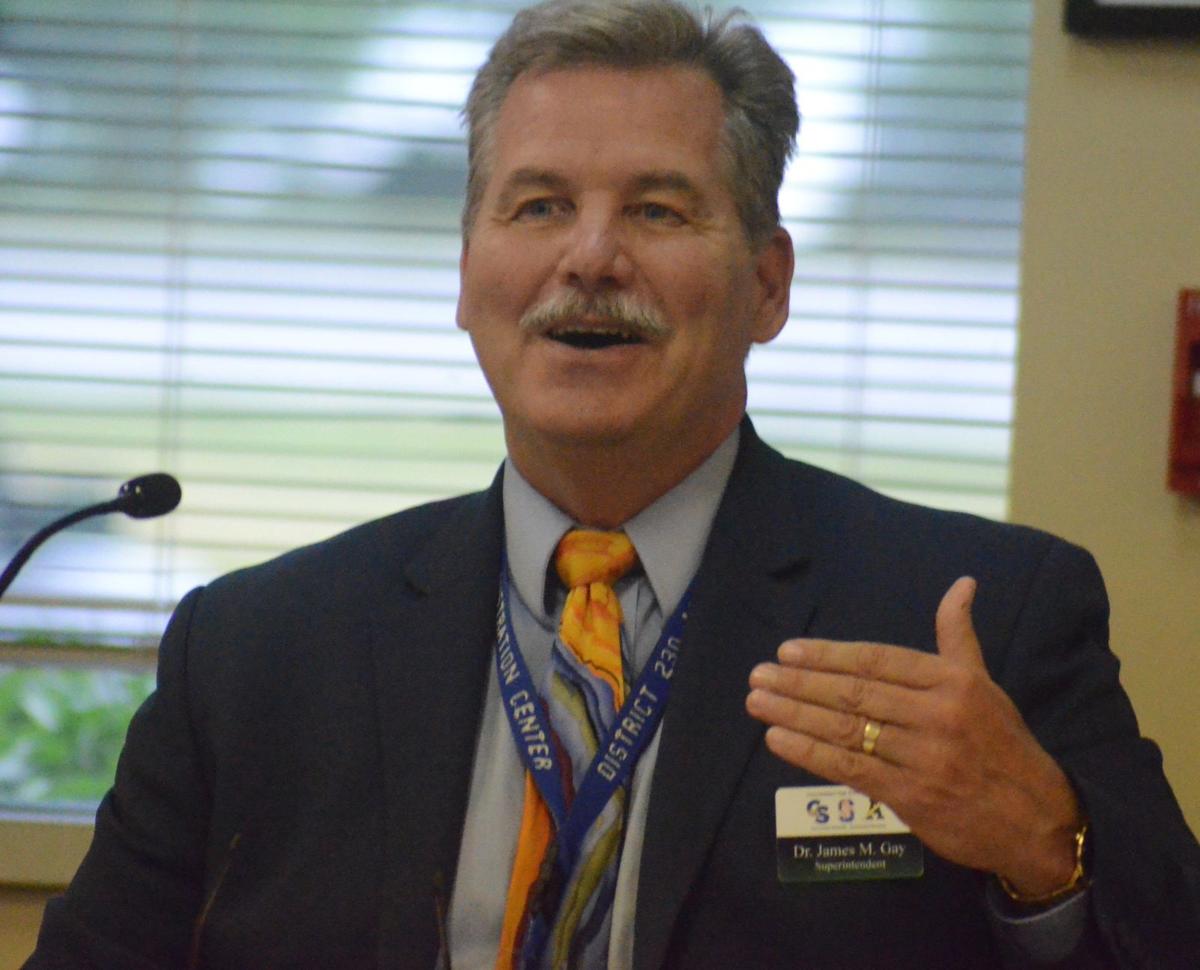 Retiring James Gay speaks at his final District 230 board meeting as superintendent. 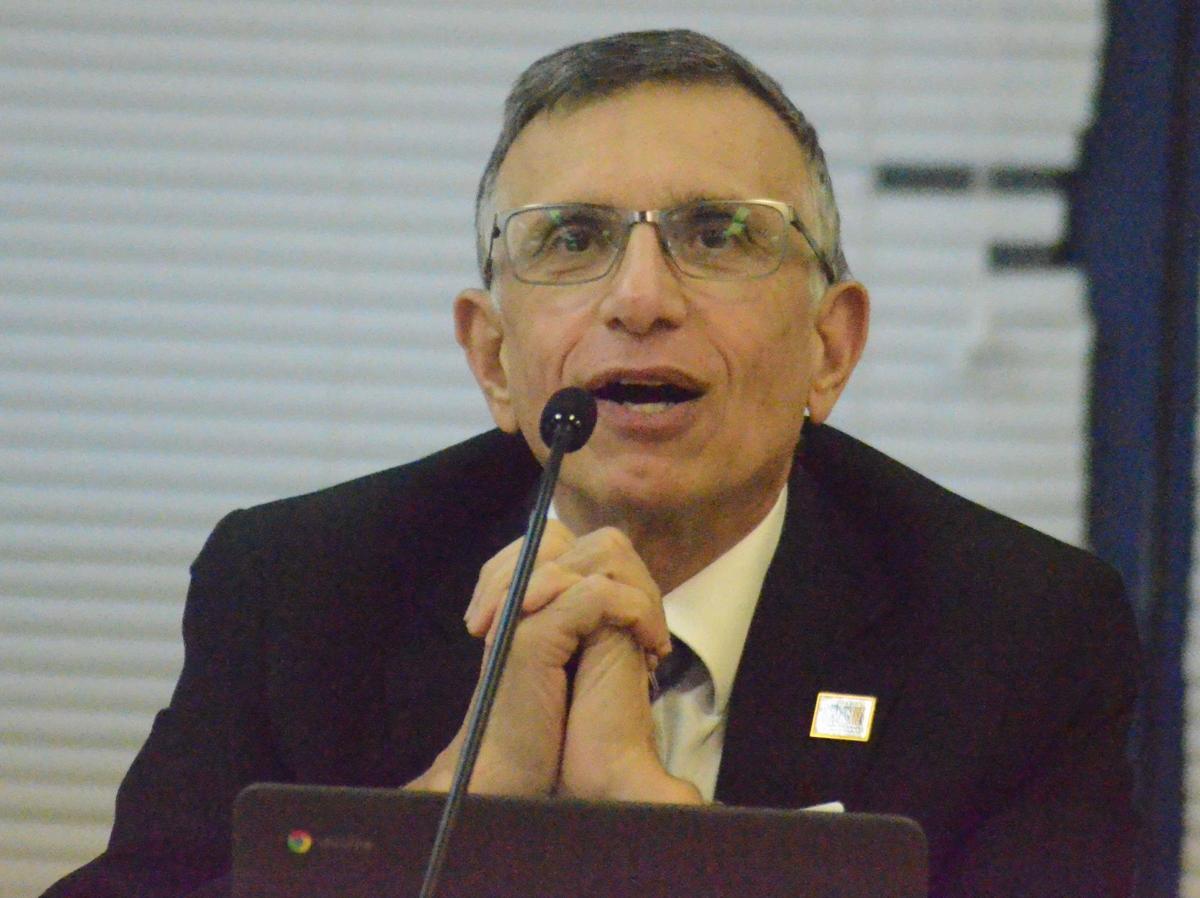 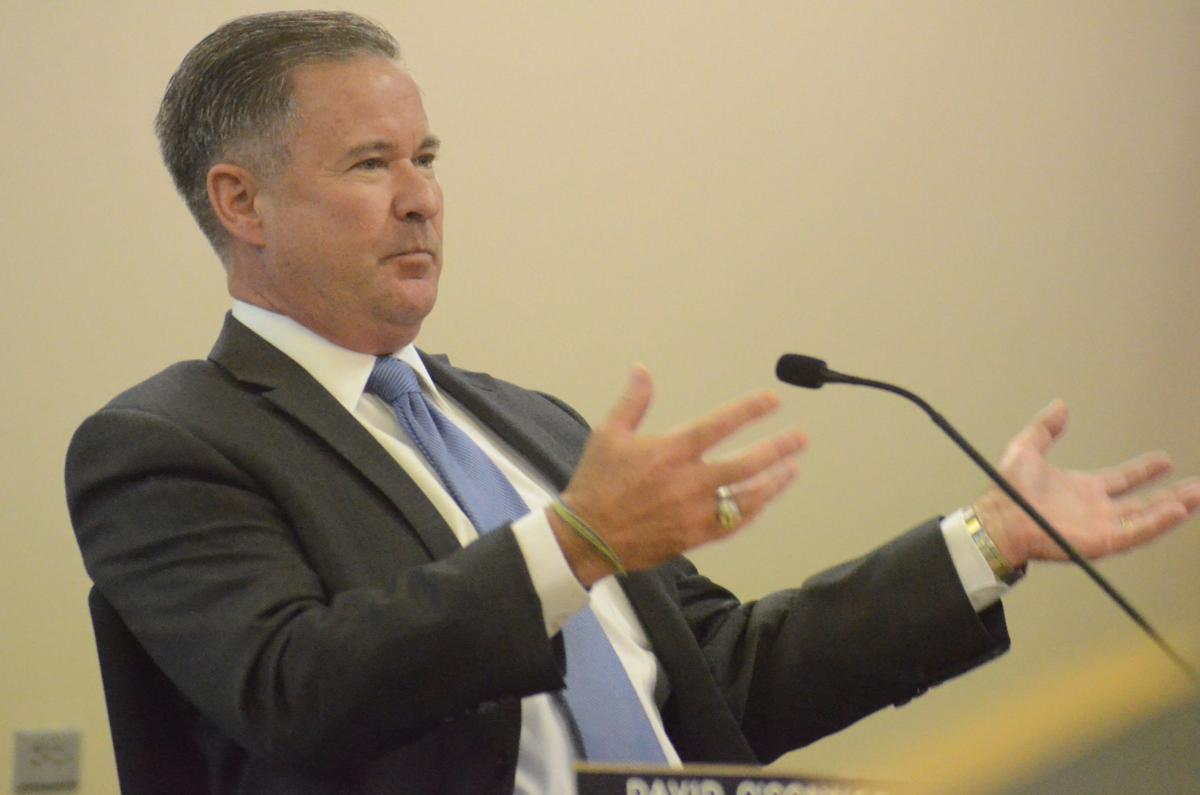 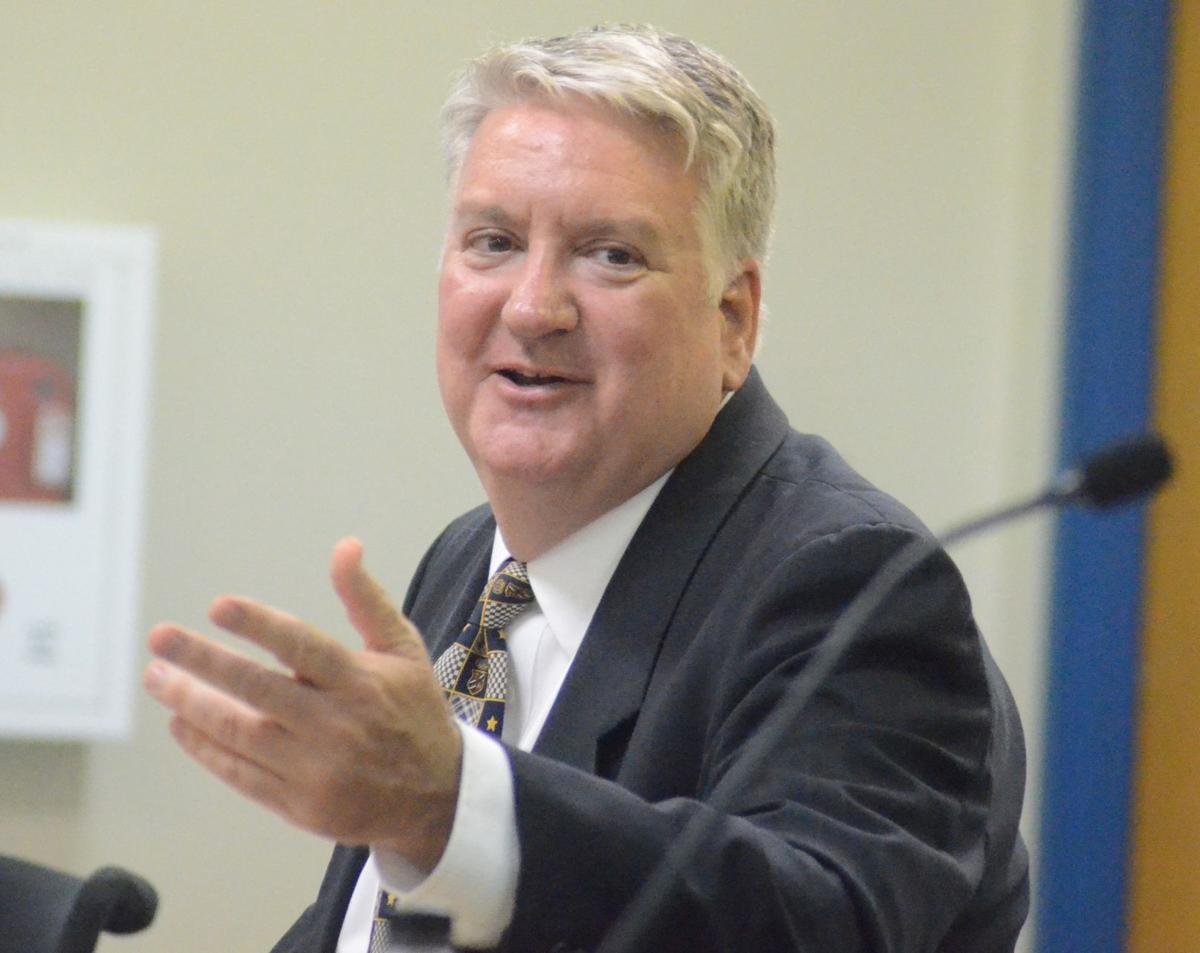 There was a time when James Gay didn’t know where Tinley Park was, and he thought that Orland Park was a faraway place.

“I grew up on the South Side of Chicago,” he said. “Going to the Orland Park mall, we packed a picnic basket.”

That has changed. It got to the point where Gay had a hard time staying out of Orland Park, Tinley Park and Palos Hills, homes of Sandburg, Andrew and Stagg High Schools, respectively.

His final board meeting took place June 24 at the Administration Center in Orland Park. The St. Laurence graduate, who was a teacher, coach and principal at De La Salle Institute before heading to Andrew, said he is thankful for his opportunity to lead this district.

“For the last decade I humbly served District 230, the board and the community,” he said. “It’s a job I never took lightly. It’s so overwhelming to be able to end my career here.

“As I served here, the one thing I did constantly was brag, brag, brag about the district and promote the District 230 work that was going on.”

District 230 board members had good things to say about Gay, but the one constant was his love and dedication to the three schools.

School Board President Tony Serratore recalls a time when Gay attended an event for one of Gay's daughters during an afternoon and raced to Bloomington to watch the Andrew band perform in a state competition. Gay even climbed the fence to get in.

“Hey, it cost five bucks to get in there,” Gay joked.

But Serratore was serious when he said he admired Gay for going the extra hundreds of miles that day.

“There is nobody I know of who would have gone to his daughter’s event in the afternoon and there was not even a thought that he was not going to drive to Bloomington to see Andrew perform because that’s what he did every year,” Serratore said.

“He did climb that fence and I learned that night that Jim is a man who keeps his word, He told those kids that he was going to be there, and he was there no matter how difficult it was.”

Llongtime board member and past president Patrick O’Sullivan was impressed with Gay after the two took a trip to Springfield for a statewide education event.

“Statewide, Jim is a very respected voice,” O’Sullivan said. “I saw that first-hand when we were in Springfield. Amongst his peers, he is seen as a leader.

"That’s just incredible. He was the go-to person for other superintendents. It shows the amount of respect he has earned through the years.”

Board member David O’Connor said Gay set the table for Robert Nolting, who is leaving as Andrew’s principal to take over the superintendent spot.

“Bob is going to make his own imprint on the district but a lot of what transpired over the years, Jim has set a mark that Bob I’m sure will be able to capitalize on,” he said. “Over the years as a teacher and administrator, he has had an impact on 50,000 kids and made a difference in their lives.

“There are not too many people on this planet who can say that.”

Gay said he will have fond memories of District 230, including the time he had to play a tree in a poetry class.

He said that the hardest part of moving from the classroom to administration was giving up something he loved — teaching.

But being the boss all of these years had its rewards. He said he felt great when there were special occasions that highlight student accomplishments.

“You can see the pride in all of our faces on honors nights or scholarship nights or graduation,” Gay said. “You see the kids walk across that stage and how proud you are. And you year the speeches from the kids. ‘It’s like ‘wow.’ We are so darn proud of all of them.’’

Associate principal to take over as principal at Sandburg.

When Liberty School Principal Daniel Prorok and a committee interviewed Sara Kash for the school’s assistant principal position, he had a hunc…

High schools, district set to have a new look at the top

On July 1, there will be different people sitting in some offices at Consolidated High School District 230 and its schools.

Two boys from Tinley Park and New Lenox have won the Illinois Junior  Bassmasters Championship and are heading to Tennessee in October to compete for the national title.

For the second straight August, the Riviera Country Club in Orland Park has been shut down, and it has nothing to do with COVID this time.

Retiring James Gay speaks at his final District 230 board meeting as superintendent.