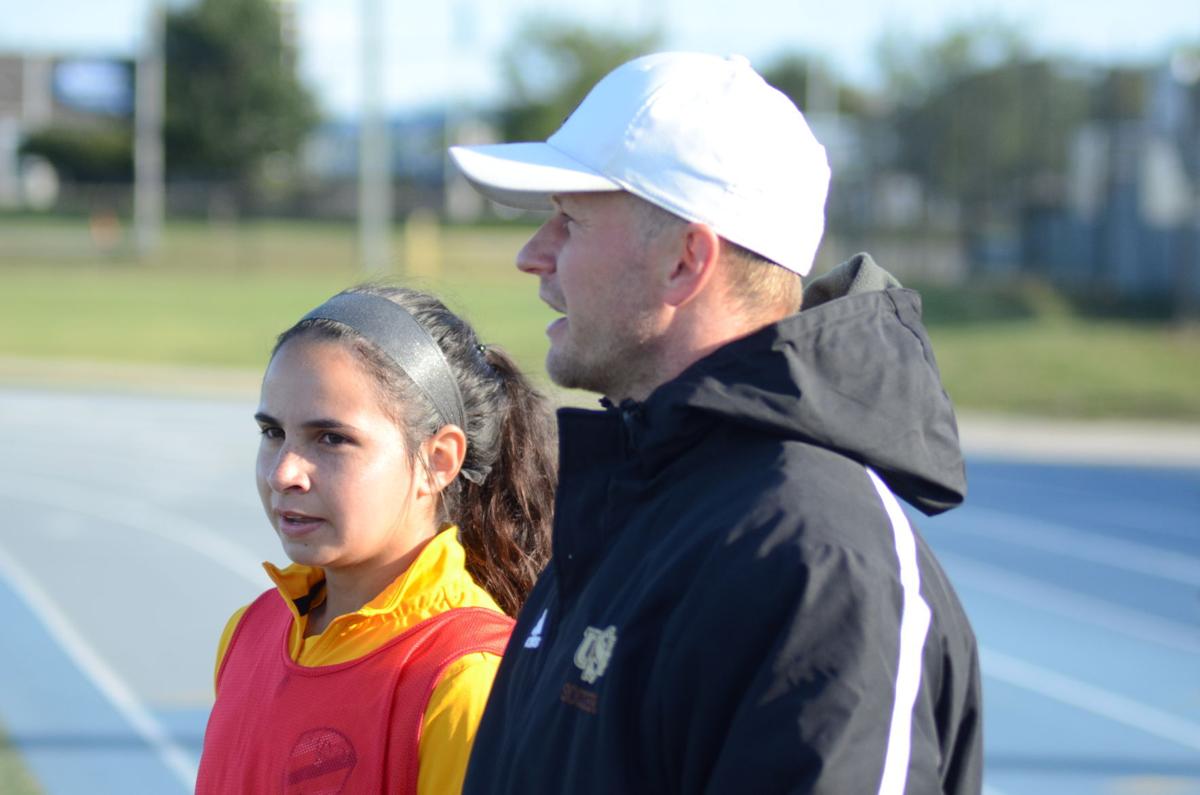 Lockport's Alexis Marroquin talks with University of St. Francis coach Al Palar at practice. Marroquin was not going to play college soccer but changed her mind after her senior season in high school was wiped out. 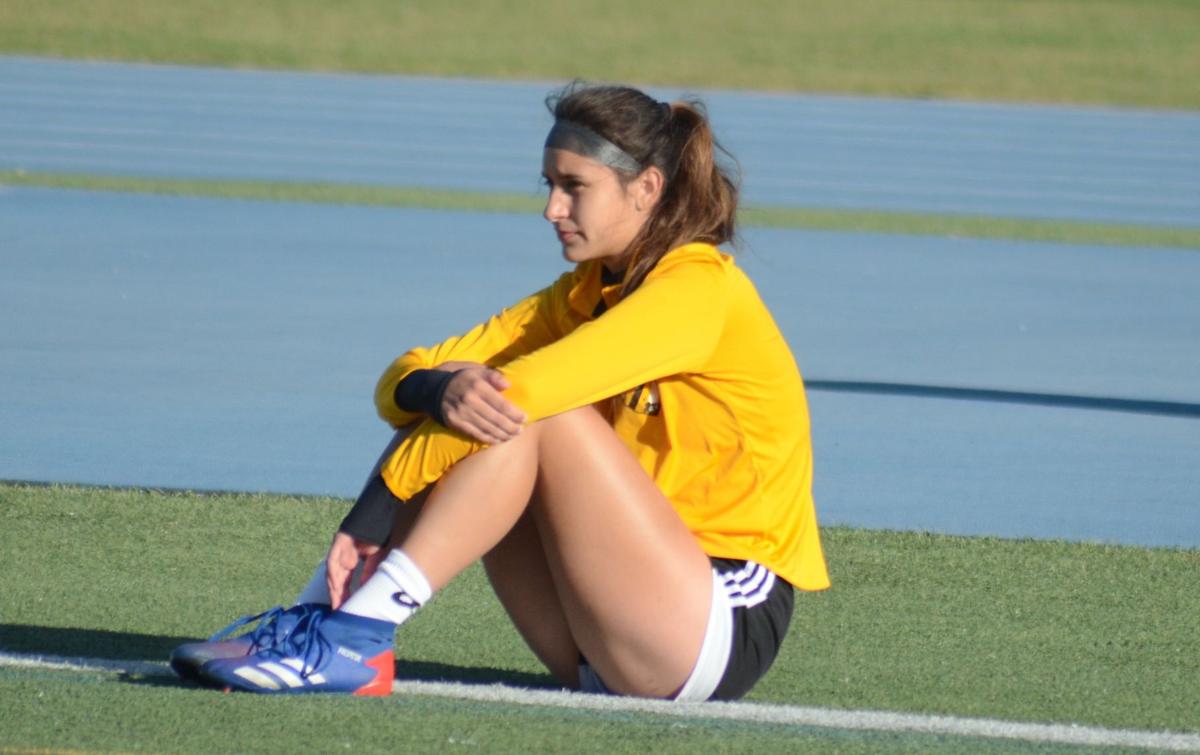 Homer Glen’s Emma Rosales takes a break during  practice for the University of St. Francis in Joliet. 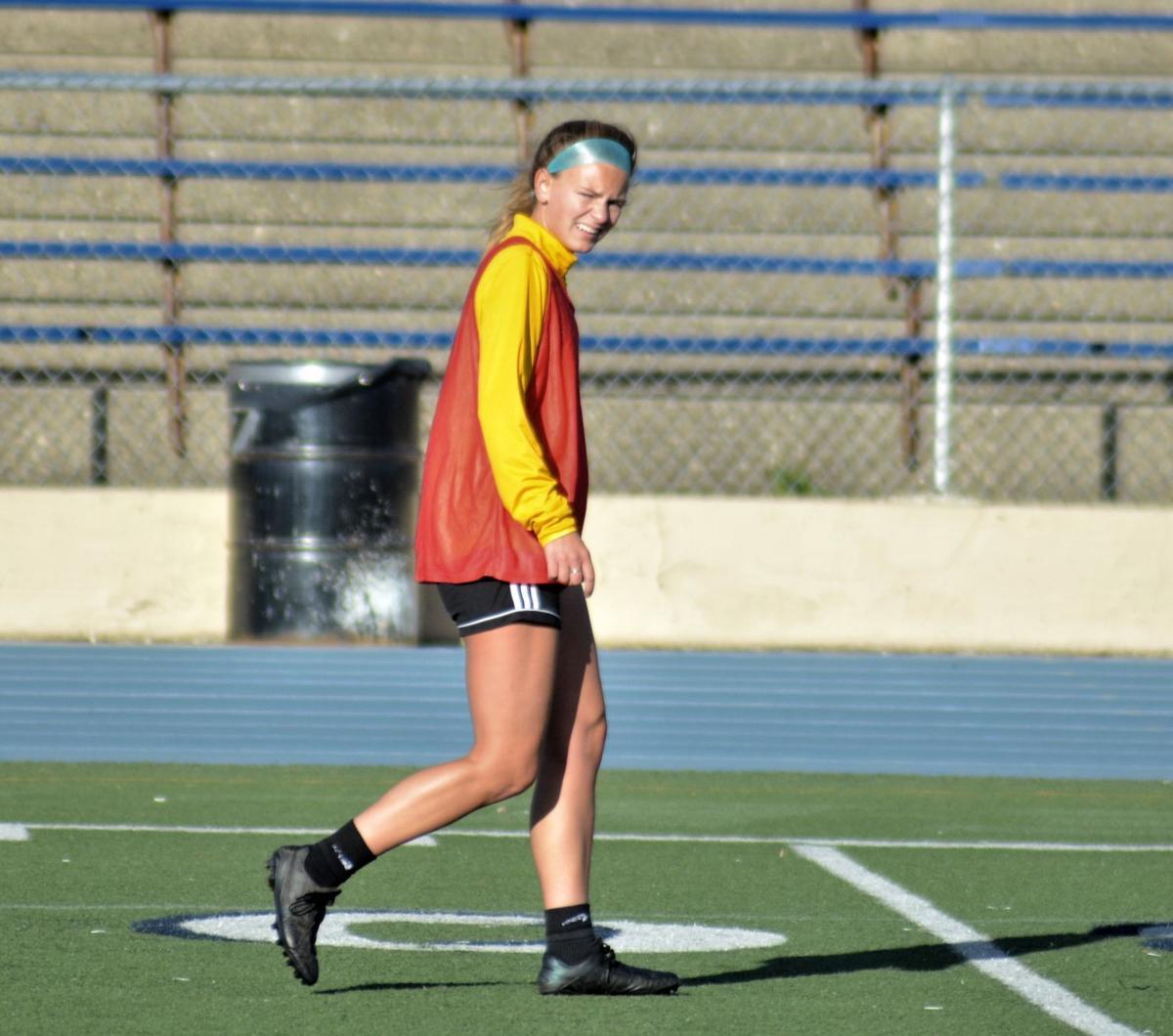 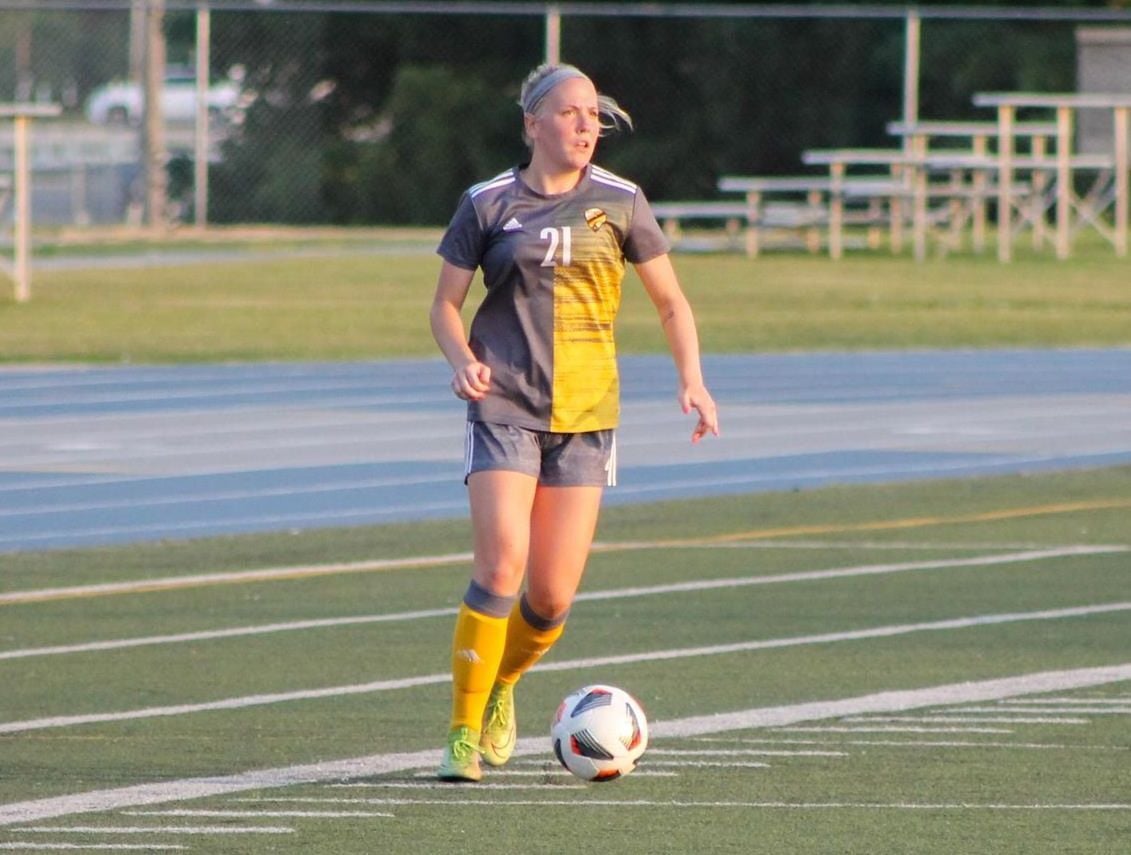 Lauren Pikulski, of Lockport, has become a defensive standout for the strong University of St. Francis soccer team.

Lockport resident Alexis Marroquin said she played soccer since she was 5 and when she was close to ending her career at Plainfield Central High School, she was ready to hang it up.

Colleges were interested in her, but she wasn’t interested in playing at that level. She just wanted to play one more season with Central in 2020, and get ready for an academic career focusing in on nursing.

But when the pandemic hit in 2020 and the Illinois High School Association canceled spring sports, Marroquin got a preview of life without soccer.

“When COVID happened and my senior season was canceled, I really didn’t think I would miss it as much as I did,” she said. “I think having that time away made me realize that soccer has been my life for so long that I didn’t want to give it up.”

Marroquin contacted University of St. Francis coach Al Palar, who was trying to recruit her before she decided not to play in college.

Now, she is a sophomore on the powerhouse that features four players from the Lockport and Homer Glen area.

The Saints opened the season 5-1-0, outsccoring opponents 32-1. Through their first five games, the Saints were just one of four NAIA teams in the nation to hold opponents scoreless. It also marked their biggest winning streak since 2015.

The Saints haven’t had a winning season since 2015. When Marroquin was a freshman and Palar was in his first year with the Saints, they finished 2-8-1 in a COVID-shortened spring season.

“Last year was definitely a struggle for us,” Marroquin said. “I didn’t expect we would come in and win like we are now. It’s definitely a good feeling.”

Through six games, she has notched three goals and three assists and has not regretted changing her mind about soccer.

“I’m definitely happy with the decision, and I enjoy it much more than I thought I would,” she said.

Senior Lauren Pikulski of Lockport became a top defender on the Saints. She played two years for Palar at Moraine Valley before joining him at the four-year school in Joliet.

“At Moraine, I wasn’t sure what her role was going to be,” he said. “But she became one of our top players. Defensively, she’s a rock. She’s very solid. We brought her over here hoping for the same thing.”

Homer Glen’s Hailey Bartlaga played one year at Moraine Valley and joined the Saints this year. She had a goal and an assist in her first five matches.

“I knew we had a good rapport with each other,” the coach said. “I like what she brings as a player so we brought her here.”

“She is going to do good things for us,” Palar said. “As a freshman, she is finding her way.”

Palar has built a strong team that could challenge the school record for wins in a season (12 in 2003), and he hasn’t been afraid to recruit area talent.

“I am looking for student-athletes who was to stay local and save money by being able to commute,” Palar said. “Not only do I look for a certain player, I look a certain person. With these four, we have good players and good people.”

Sandburg senior James White was told he was going to sing “Take Me Out to the Ball Game” with ultimate fighting star Connor McGregor during the seventh-inning stretch of a Cubs game.

Ryan Colby, who said he was “the worst player” on the Sandburg freshman football team seven years ago, was weightlifting on a November afternoon that year and something didn’t feel right.

Challengers Field in Tinley Park is the only Southland area field that caters primarily to special-needs athletes, but it may be getting some company.

To help businesses deal with the financial challenges of the pandemic, Homer Glen has established an assistance program.

A pedestrian bridge over Interstate 55 links two Forest Preserve District of Will County trails to ease use by walkers, runners and bicyclists.

Lockport's Alexis Marroquin talks with University of St. Francis coach Al Palar at practice. Marroquin was not going to play college soccer but changed her mind after her senior season in high school was wiped out.

Homer Glen’s Emma Rosales takes a break during  practice for the University of St. Francis in Joliet.

Lauren Pikulski, of Lockport, has become a defensive standout for the strong University of St. Francis soccer team.