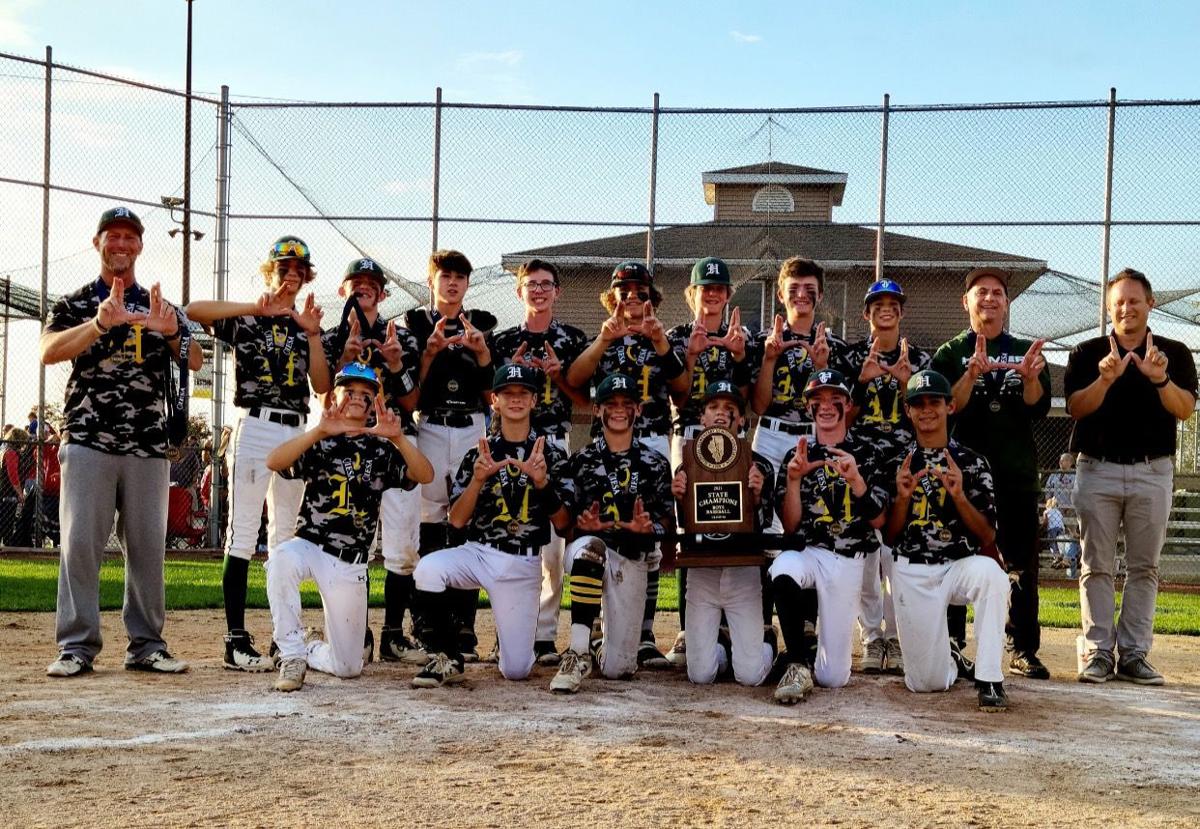 The varsity baseball team from Homer Junior High in Lockport shows off its the state championship trophy. 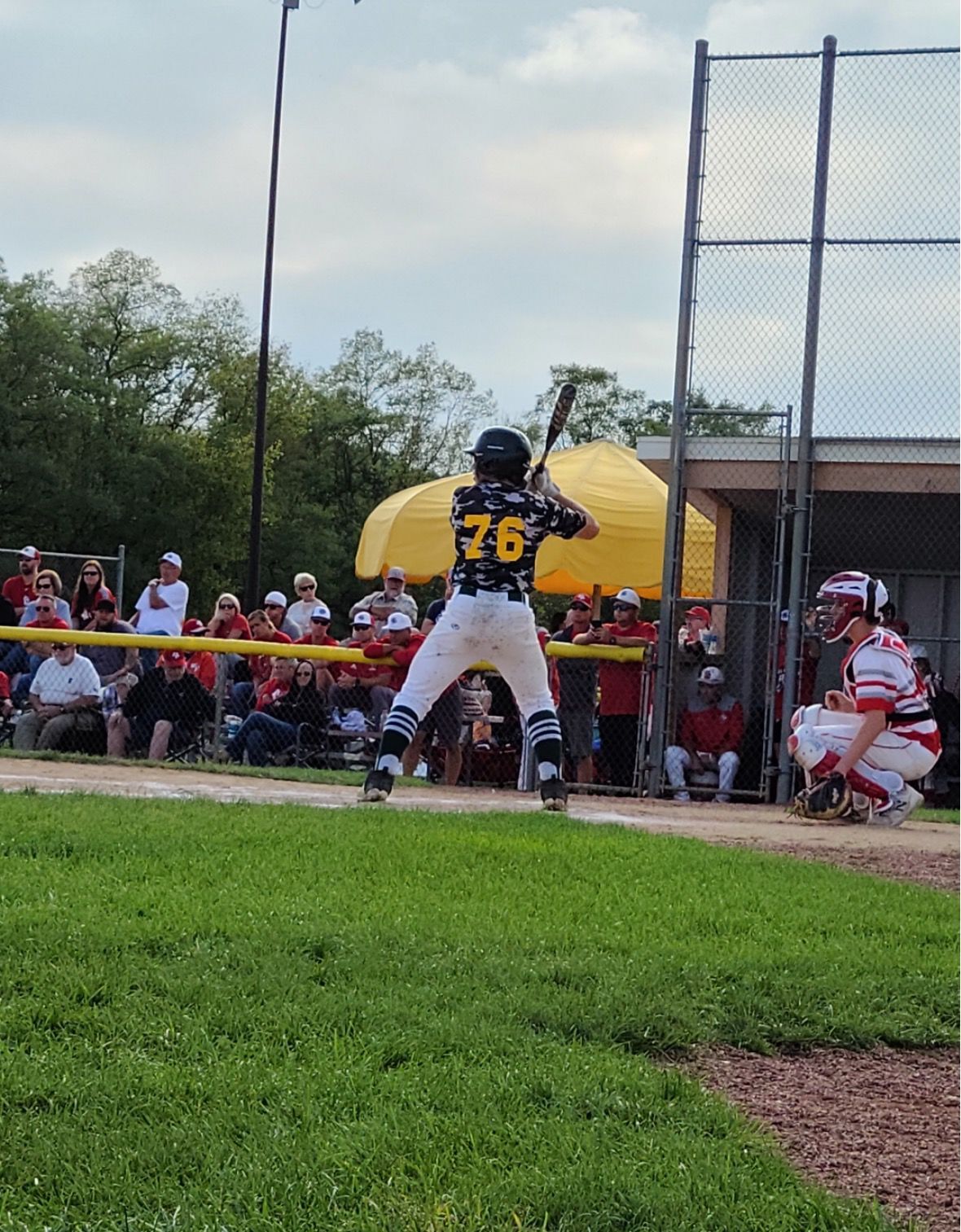 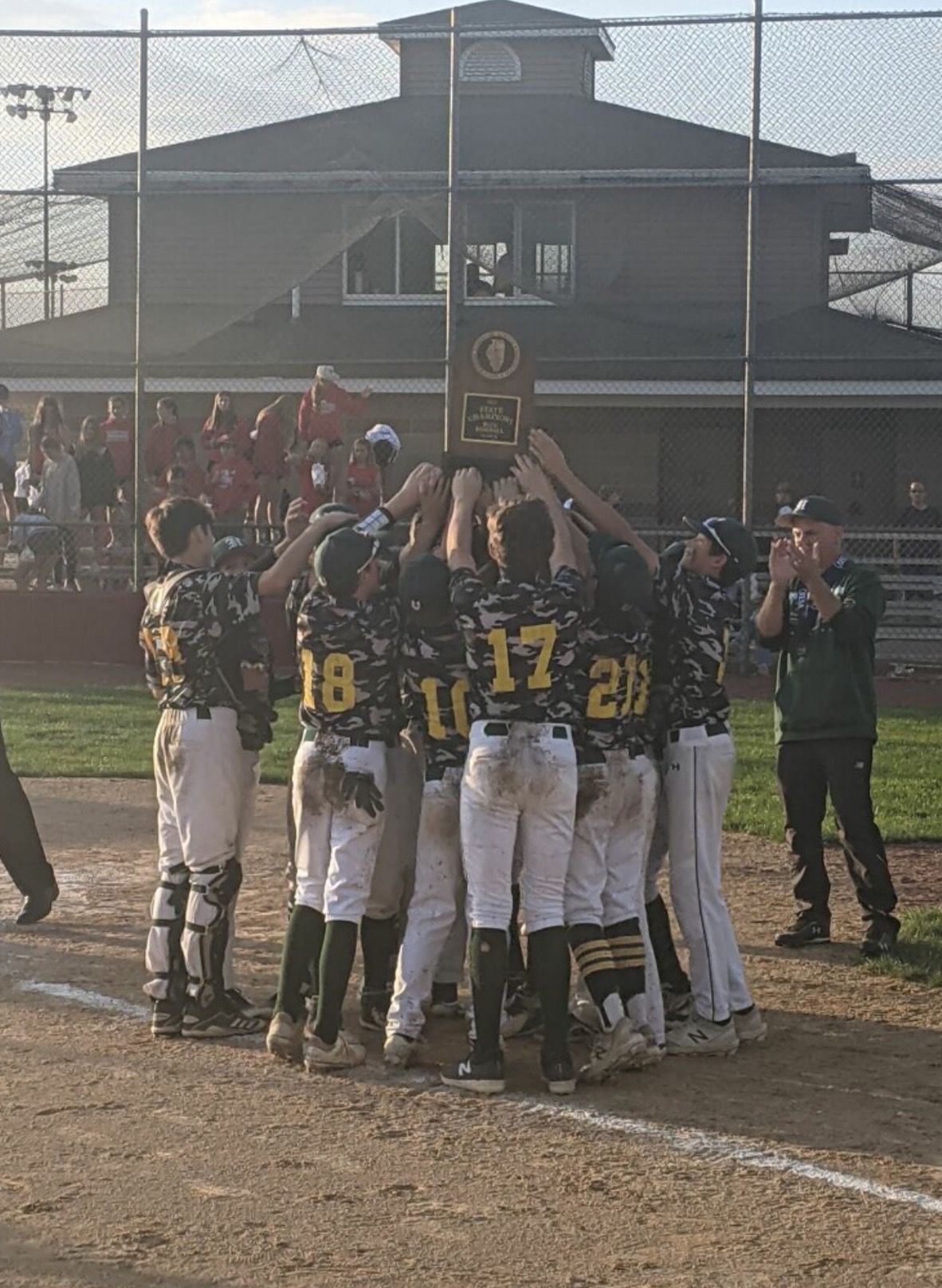 The players celebrate their championship. 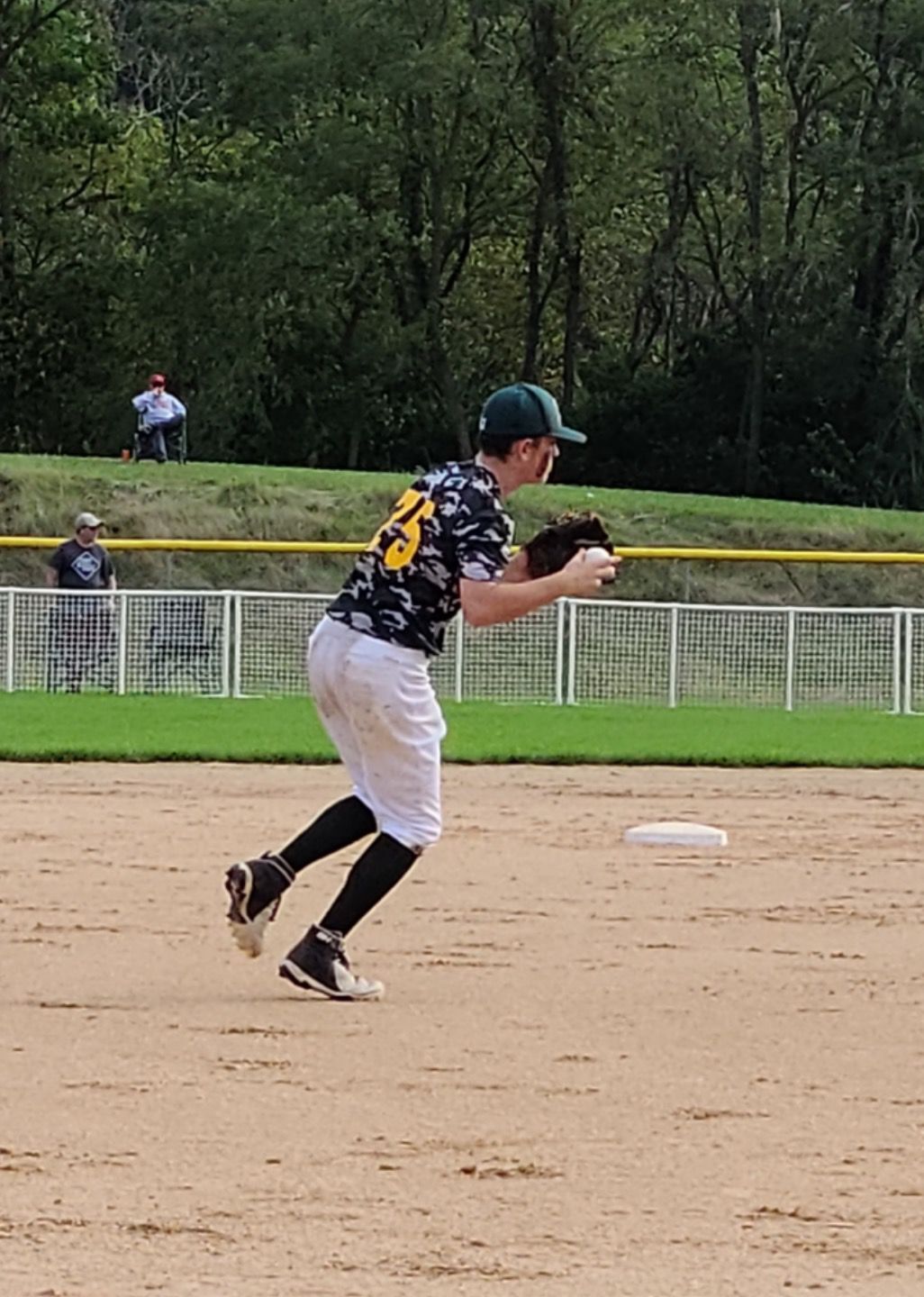 The Homer team overcame obstacles on their way to the title. 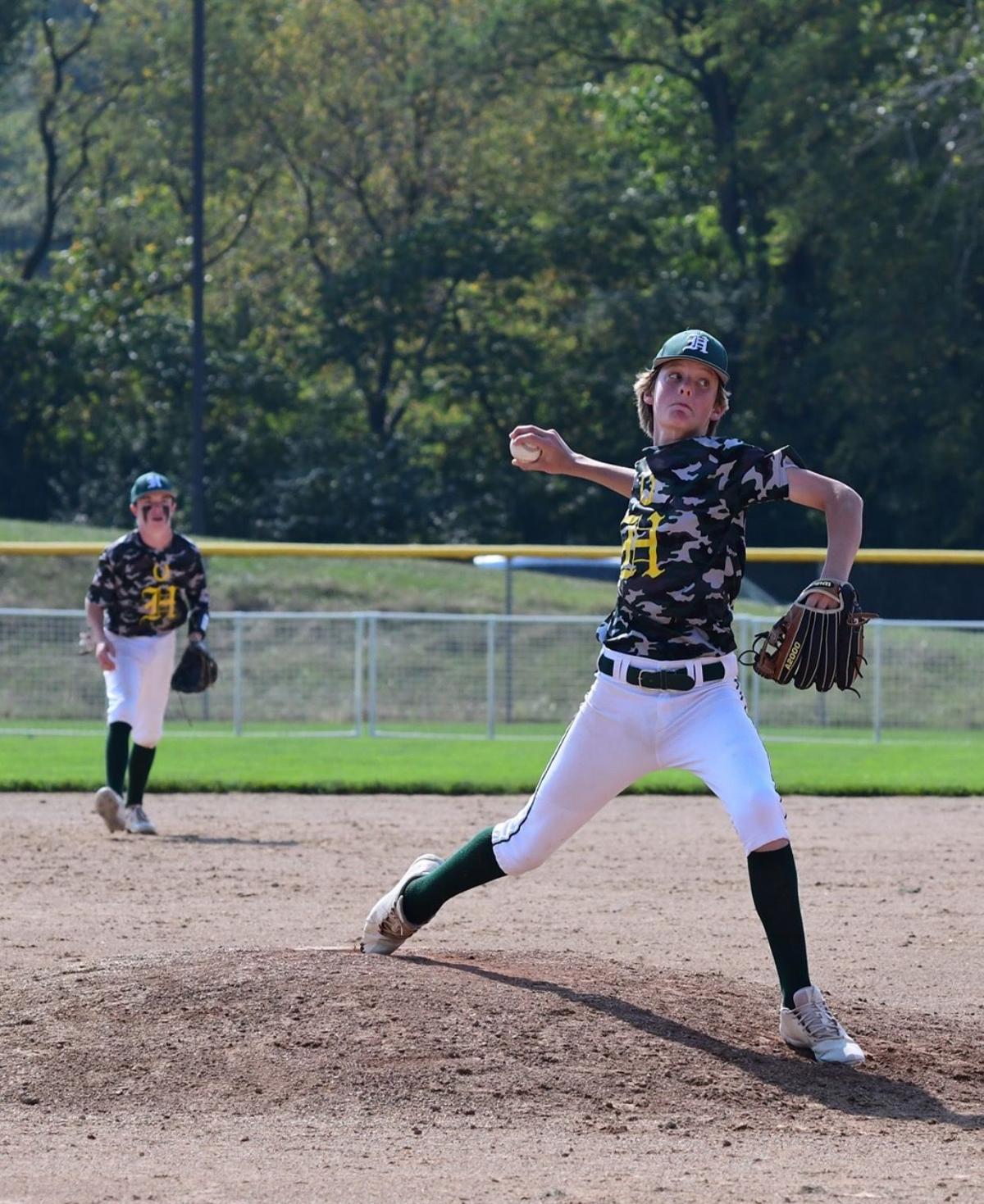 Chris Miller rose to the occasion in the title game. 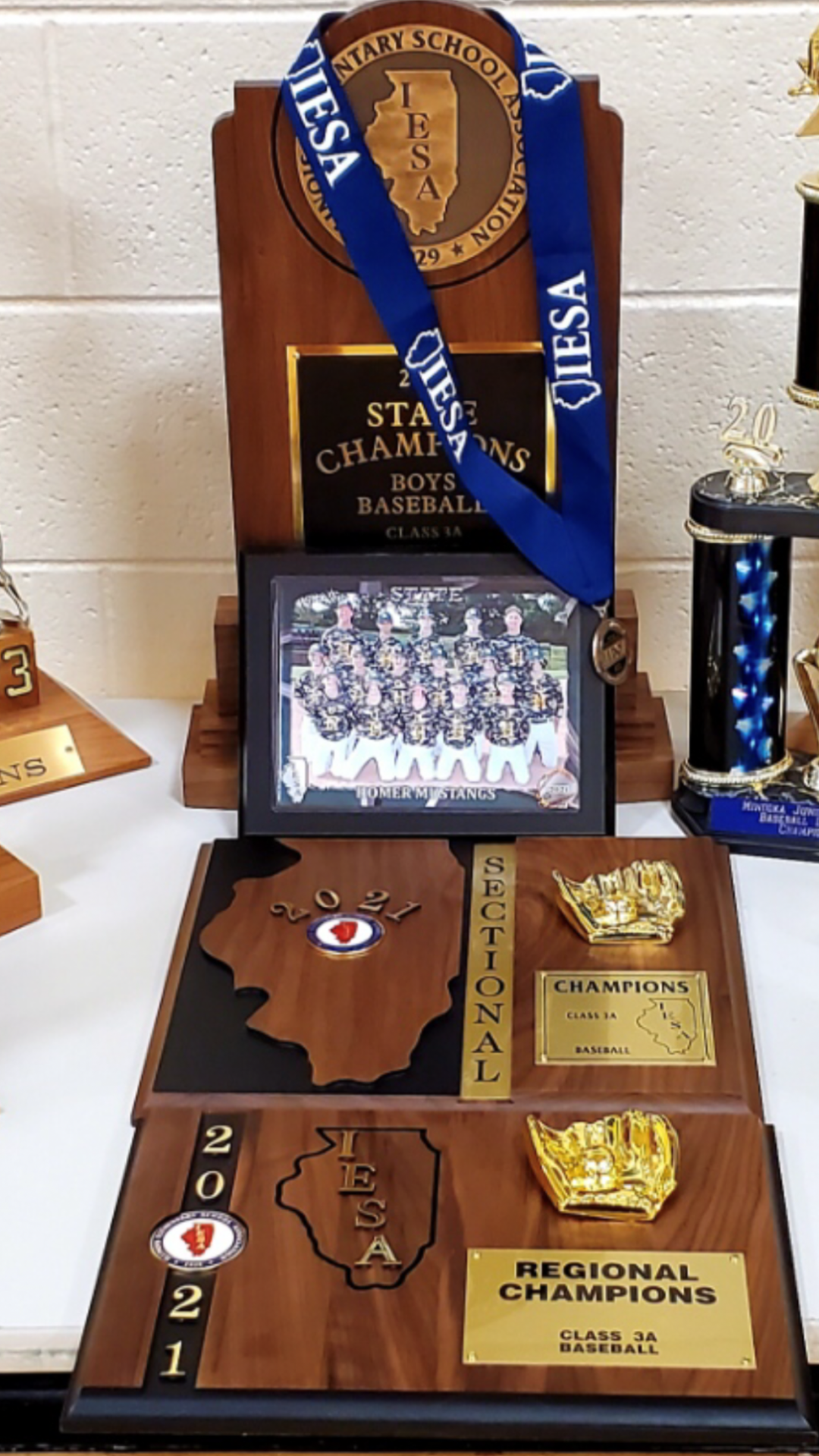 The championship trophy is in display at the Lockport school.

There’s no real Cinderella story when it comes to the Homer Junior High School varsity baseball team in the state playoffs. Under longtime head coach Joel Button, the Lockport team has been no stranger to the later rounds of the annual Illinois Elementary School Association state tournament, after all, having won a pair of titles, as well as notching multiple second-, third- and fourth-place finishes over the last couple of decades. But a history of great teams is no guarantee of future success, which is why Button doesn’t take this year’s IESA Class 3A championship for granted.

“We won this year’s state championship together as a team, and I’m very proud of how the boys all came together,” says Button, who has been at the helm for more than 20 years. “This was just one of those unique seasons where the team atmosphere was super high.”

Indeed, the team had to pull together many times throughout the season — particularly as the stakes got higher in the playoffs. Though Homer may have finished the year with an impressive 16-1 record, the road to the title was anything but easy.

After facing tough pitching and talented teams from Romeoville, Lemont and Mokena to advance out of the sectional and regional tiers, Homer squeaked out a tight 11-inning 5-4 win against Minooka in the first round of the state tournament in East Peoria, followed by a 5-3 victory over Unity Junior High from Tolono to advance to the championship game.

After a one-day weather postponement of the final game, the team finally matched up against a hard-hitting squad from Downstate Morton Junior High School for the title. With the season on the line, Button put the ball in the hands of pitcher Chris Miller, who held the powerful Morton lineup in check in the 4-1 Homer win.

“Chris actually had very limited experience over the summer on the mound, but he stepped up big time when his team needed him and did an amazing job that day to help us win the state championship,” Button says.

It is moments like that, when his young players rallied around a teammate or fought their way out of a jam, that Button will look back on with such pride when he thinks about this season. He’ll also recall how the community rallied around this team — from parents to the litany of encouraging and congratulatory emails and texts from residents to the signs hanging in the windows of many local businesses.

And as the team enjoys an extended victory lap acknowledging its accomplishment. including an all-school assembly at Homer, recognition at two local board meetings and a halftime ceremony at a Lockport High School football game, Button is grateful that his players are coming away from this with the perspective that their magical season meant more than just piling up wins and hoisting a trophy.

For them, just like for him, the championship was the culmination of an amazing few months of hard work, sacrifice and teamwork — not to mention everyday joy — that they’ll be able to look back on fondly for the rest of their lives.

“Winning state was obviously the highlight of the year,” says team captain Daniel Coyle. “But I’ll also take away the friendships that I built with the other guys on the team and all of the things Coach Button and Coach Mitchell did for us. In the end, it was just one of the most fun experiences I’ve ever had!”

When Lockport in March approved a purchase agreement for 181 acres at the former Texaco refinery property, city leaders and residents started considering just what the future might hold.

The South Suburbs have not had much in the Illinois High School Association girls tennis tournament. Providence Catholic senior Emma Davis and Sandburg’s Maia Loureiro are changing that.

It took Lockport’s Jeff DeGraw 18 years to get back into coaching. It took him two years to win a national championship.

The varsity baseball team from Homer Junior High in Lockport shows off its the state championship trophy.

The players celebrate their championship.

The Homer team overcame obstacles on their way to the title.

Chris Miller rose to the occasion in the title game.

The championship trophy is in display at the Lockport school.