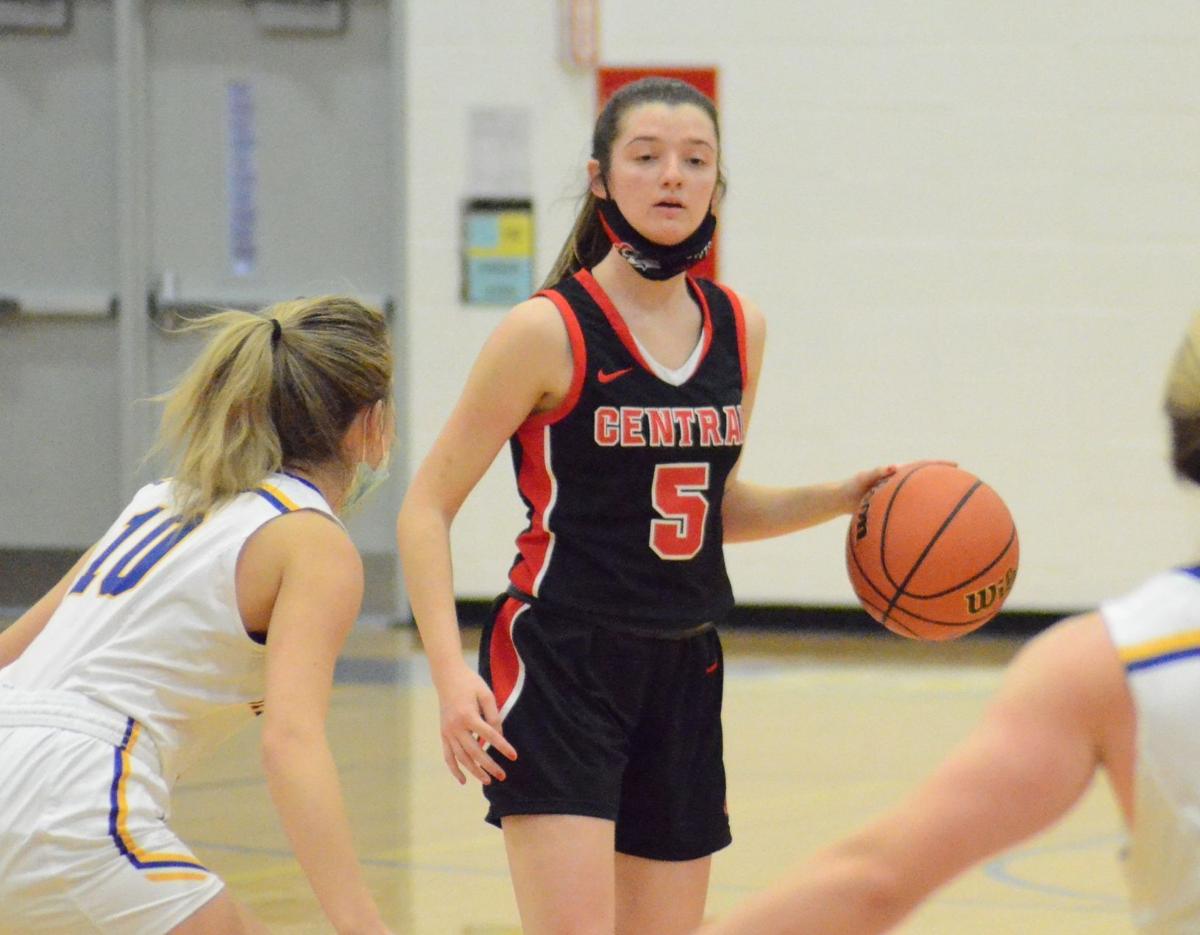 Lincoln-Way Central's Caitlyn Rochon played strong offense and defense in a win over Sandburg Dec. 29 under the cloud of her grandfather's death. 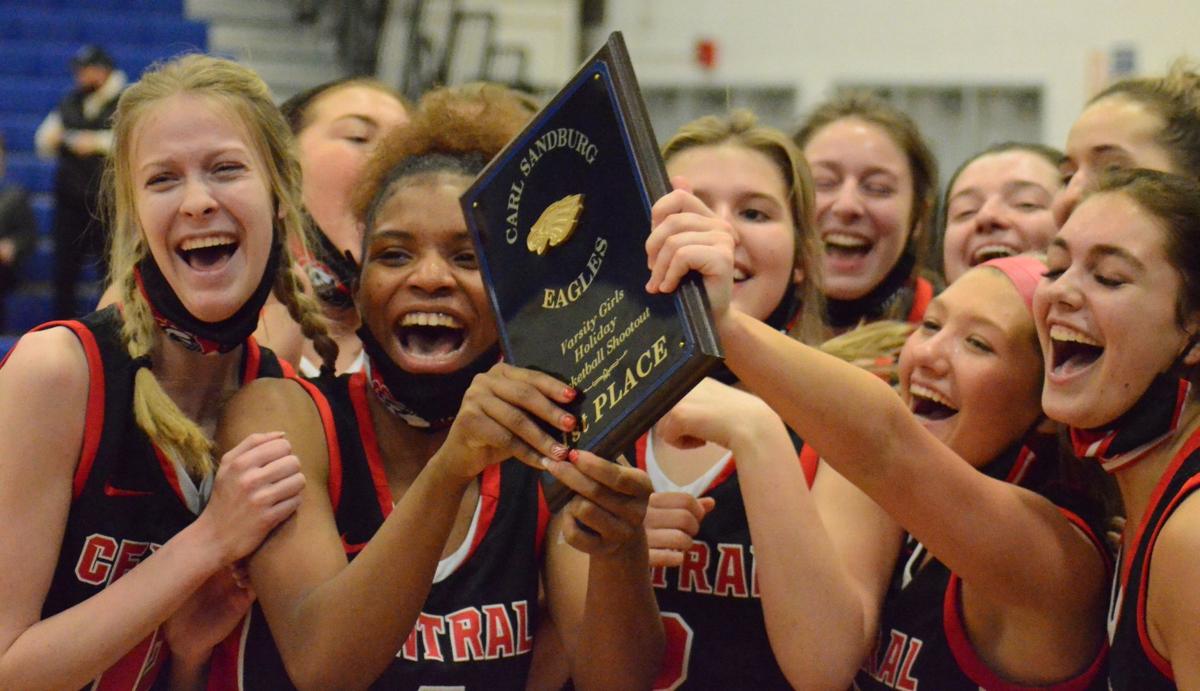 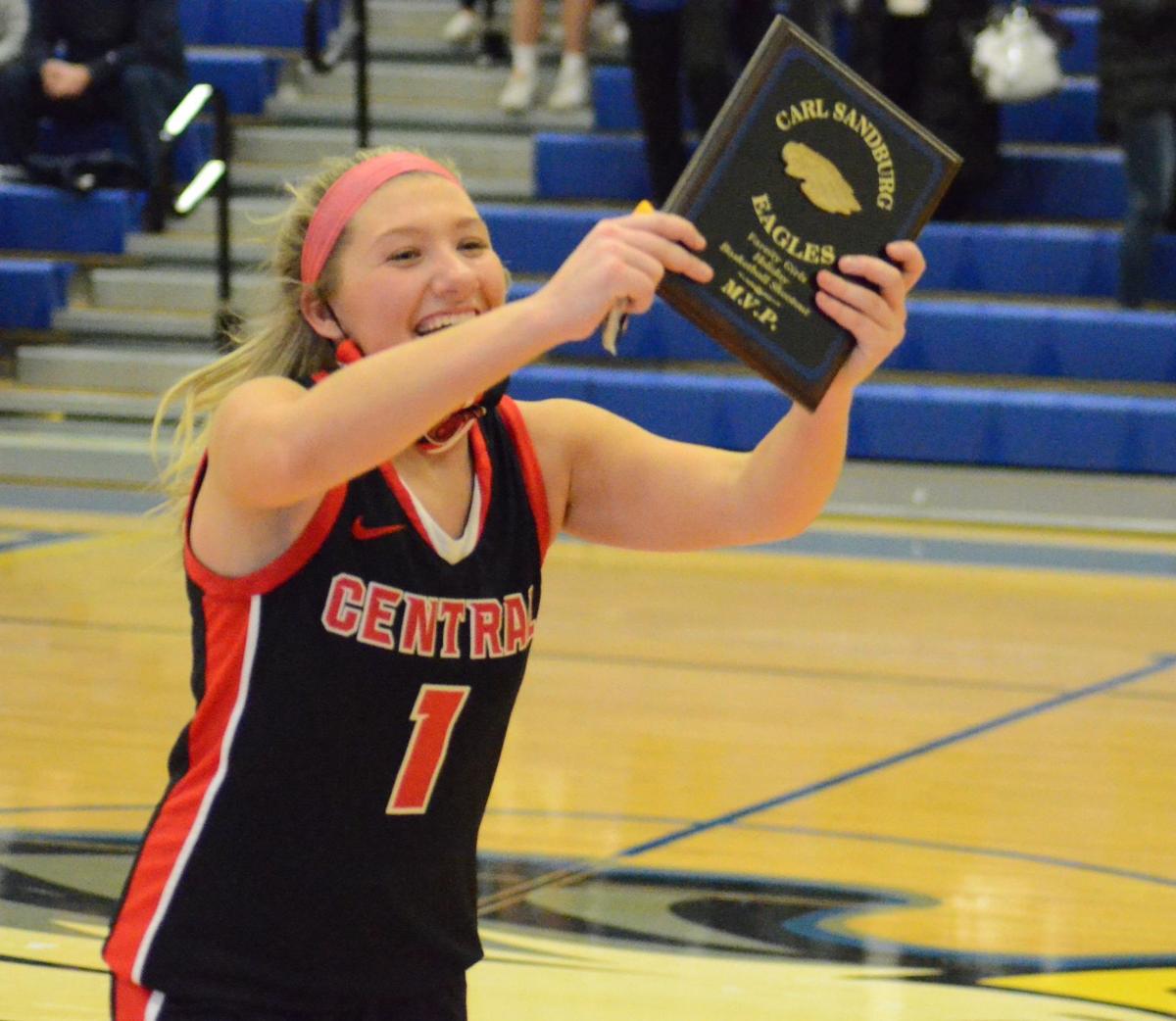 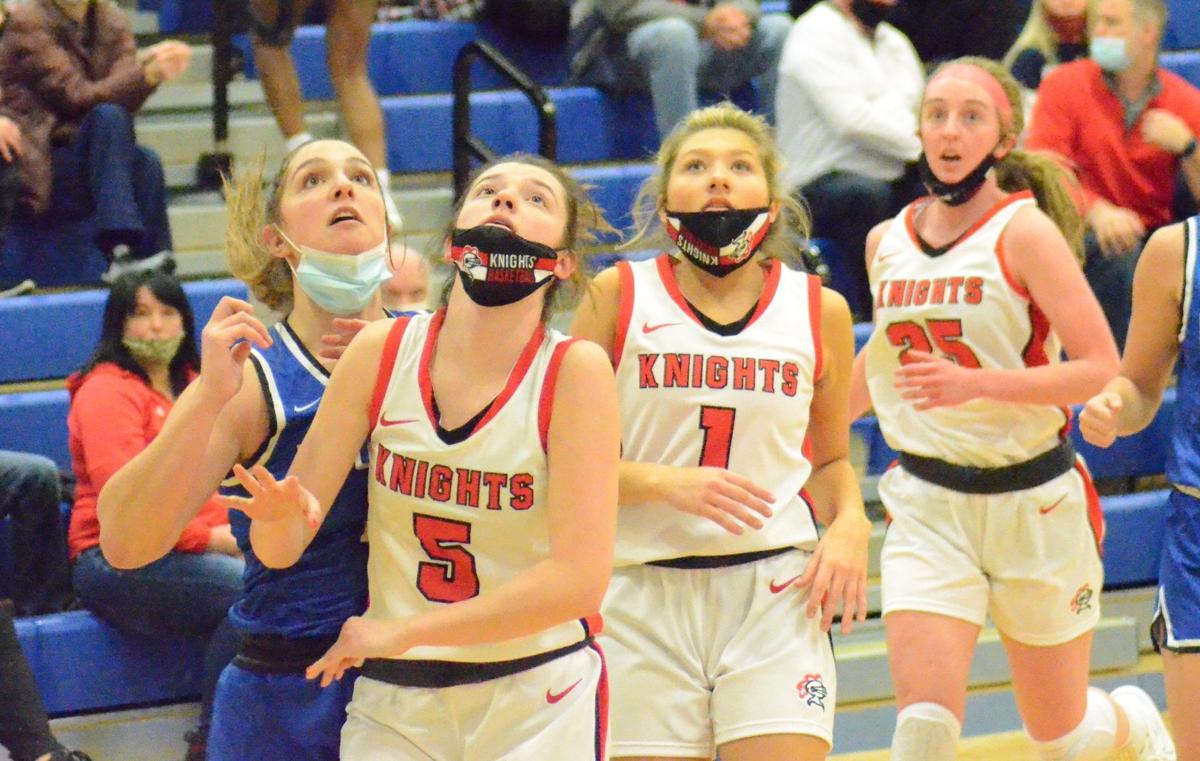 Lincoln-Way Central’s Caitlyn Rochon, Kiera Hunt and Nicole Connolly watch a shot in a first-round win over Riverside-Brookfield at the Sandburg Holiday Tournament. 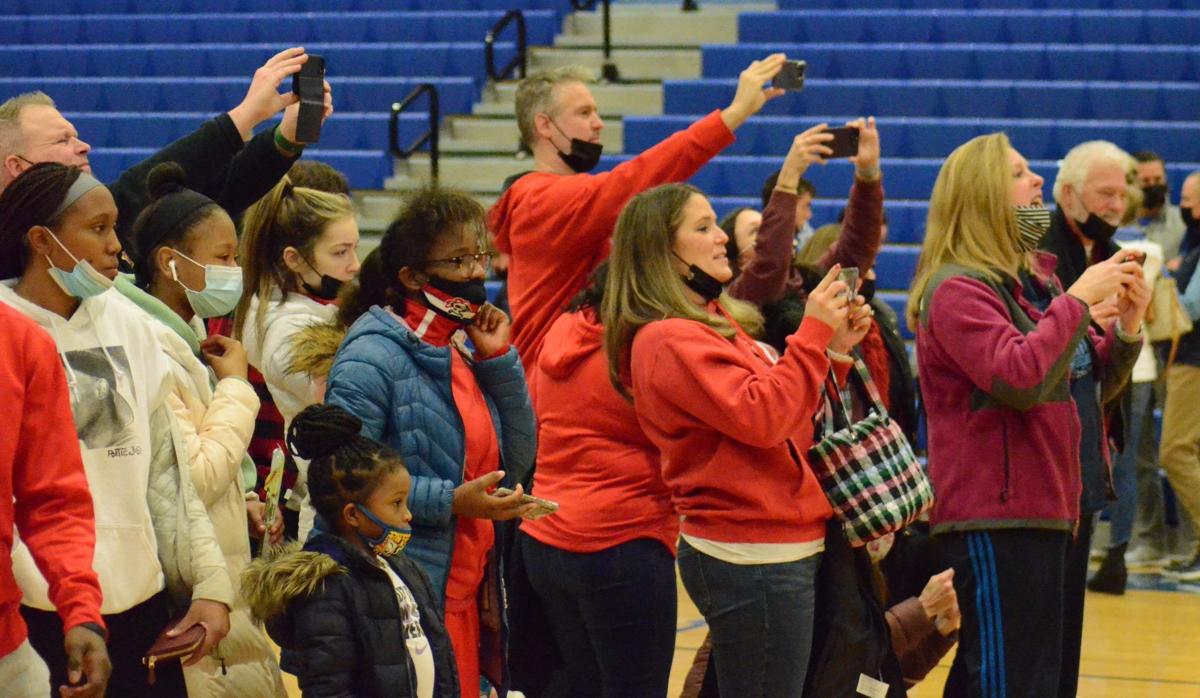 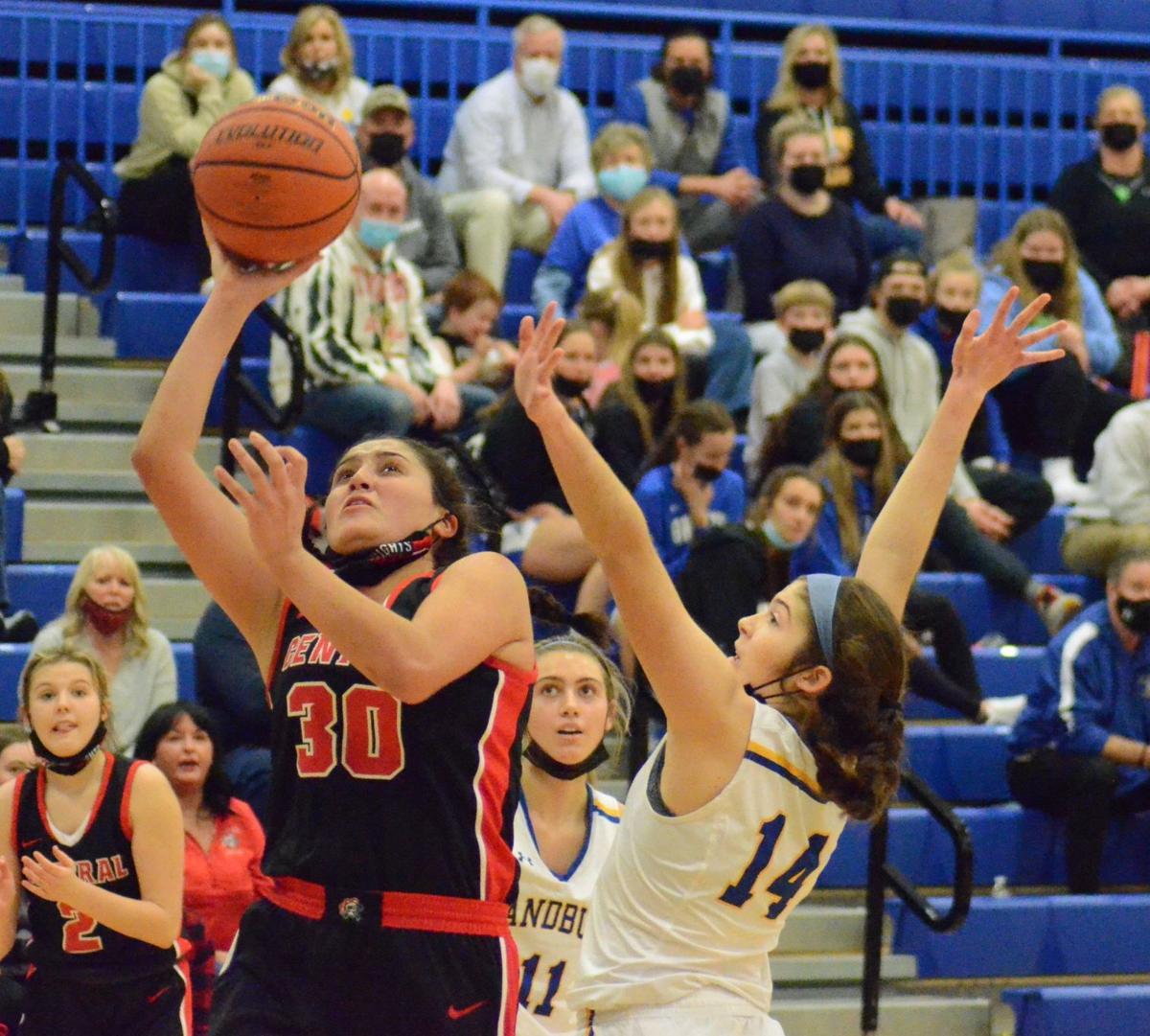 Lincoln-Way Central’s Angelina Panos goes up strong against Sandburg in the championship game of the Sandburg Holiday Tournament. 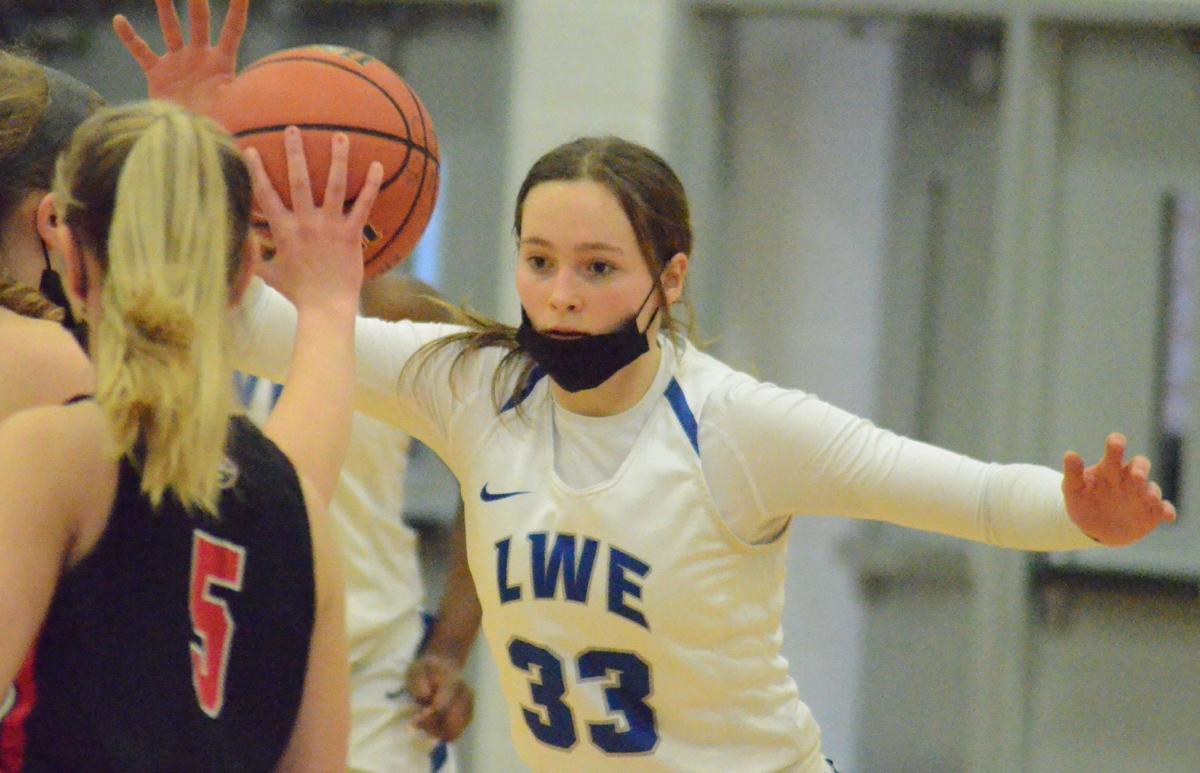 Lincoln-Way East’s Lana Kerley defends in a first-round win at the Sandburg Tournament. 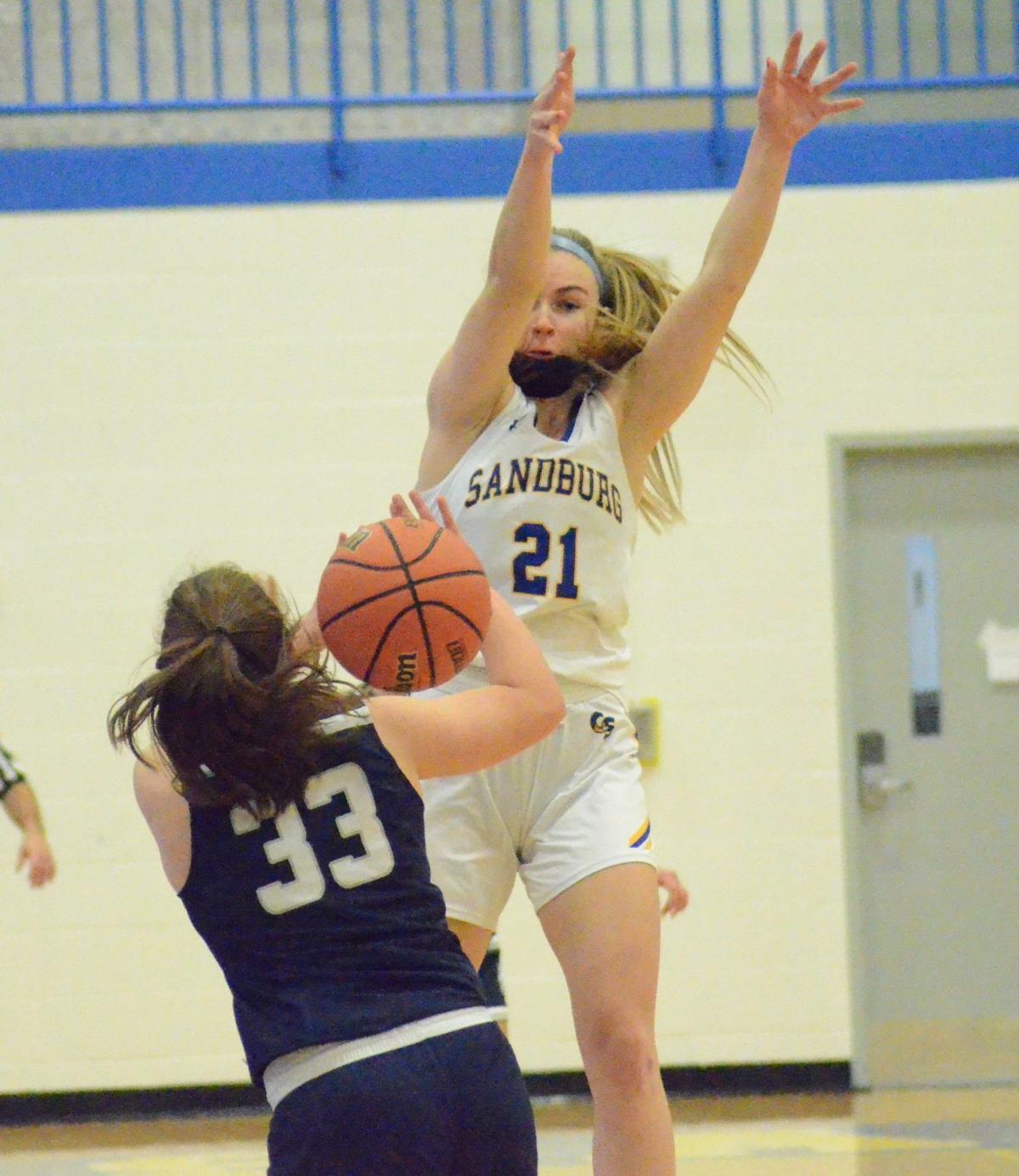 Sandburg’s Erin O’Connor plays strong defense in the Eagles’ 71-9 win over West Chicago in the first round of the Sandburg Tournament in Orland Park.

The bus ride from New Lenox to Orland Park on was a lot different than the return trip.

Lincoln-Way Central’s girls basketball team entered the Sandburg Holiday Tournament Dec. 27 with a 6-4 record but had lost three of four games, including a five-point loss to Sandburg Dec. 16.

Plus, the day before the tournament, the Knights' practice didn’t exactly impress coach Dave Campanile.

“We had a Sunday night practice and did not have practice for a few days before that,” he said. “It was a little stagnant, and there was a little rust.”

That went away when they stepped on the court for real.

After four wins in Orland Park, the Knights were pretty pumped up as they won the tournament by getting a measure of revenge against Sandburg with a 54-49 victory over the Eagles in the title game.

The only down note was that after winning the title, the team went back on the bus to attend the wake of John Rochon, the grandfather of senior Caitlyn Rochon.

A 3-point basket that Rochon hit during a dramatic part of the championship game had the coach and players going crazy.

“It’s because of the circumstances of what’s going on,” Campanile said moments after the game about the emotional outburst. “Now we’re going to jump on a bus and go to the wake.

“She’s a girl who embraced her role so well. She stopped playing basketball for two years to play volleyball. She came to me going into her senior year and said she wanted to come back and now she is a starter.”

The Knights (10-4 after the tournament) opened things up with a confidence-boosting 72-16 victory over Riverside-Brookfield and stunned powerful Providence Catholic, 56-50, in the second round.

In the semifinals, the Knights took on district rival Lincoln-Way East for the second time this season. The first time the two teams met, Central won 52-45 at home and this time, both teams cut 10 points off those totals with the Knights winning 42-35.

Then came the big victory over the Eagles.

“The difference between the (Dec. 27) bus ride to today was confidence,” Campanile said. “Our four losses were losses I could live with but I felt like we were in a little bit of a rut. This tournament not only improved our record, but our confidence.”

Lincoln-Way East and Providence Catholic were two other area teams in the tournament while Andrew was one of three teams to pull out because of COVID issues. That left the field at 13.

Providence finished 2-1 in the tournament and Annalise Pietrzyk was also named all-tournament.

The Celtics (15-2 after the Sandburg tournament) are intriguing with some talented players returning from the 2019 team that finished in the Elite Eight in Class 3A.

“We’re playing with some pace,” coach Eileen Copenhaver said. “We have some very talented guards, and we have only one ball. Sometimes that can be difficult. But we are learning to play together. As long as we can continue to share the ball, I think we’ll have the results that we’ve had so far.

“We have a good group of kids. They can all play D, and that's important.”

While Andrew did not get to play or earn awards, Thunderbolts coach Bobby Matz received a reward that touched his heart.

While he was battling illness and having trouble eating solid food, the team dropped off soup and rolls from the Olympic Star Restaurant on his porch.

Sandburg senior James White was told he was going to sing “Take Me Out to the Ball Game” with ultimate fighting star Connor McGregor during the seventh-inning stretch of a Cubs game.

Surprise standout helps lead St. Xavier football on and off the field

As a kicker for Andrew High School, Peyton Benes was not all-state caliber. But he's now on the radar of those who select awards for the nation’s best college football players.

Lockport claims its thrid state football title with a 34-6 win over Maine South in Class 8A.

Andrew’s girls volleyball won a state championship of sorts. But it wasn’t in volleyball.

Lincoln-Way Central's Caitlyn Rochon played strong offense and defense in a win over Sandburg Dec. 29 under the cloud of her grandfather's death.

Lincoln-Way Central’s Caitlyn Rochon, Kiera Hunt and Nicole Connolly watch a shot in a first-round win over Riverside-Brookfield at the Sandburg Holiday Tournament.

Lincoln-Way Central’s Angelina Panos goes up strong against Sandburg in the championship game of the Sandburg Holiday Tournament.

Lincoln-Way East’s Lana Kerley defends in a first-round win at the Sandburg Tournament.

Sandburg’s Erin O’Connor plays strong defense in the Eagles’ 71-9 win over West Chicago in the first round of the Sandburg Tournament in Orland Park.