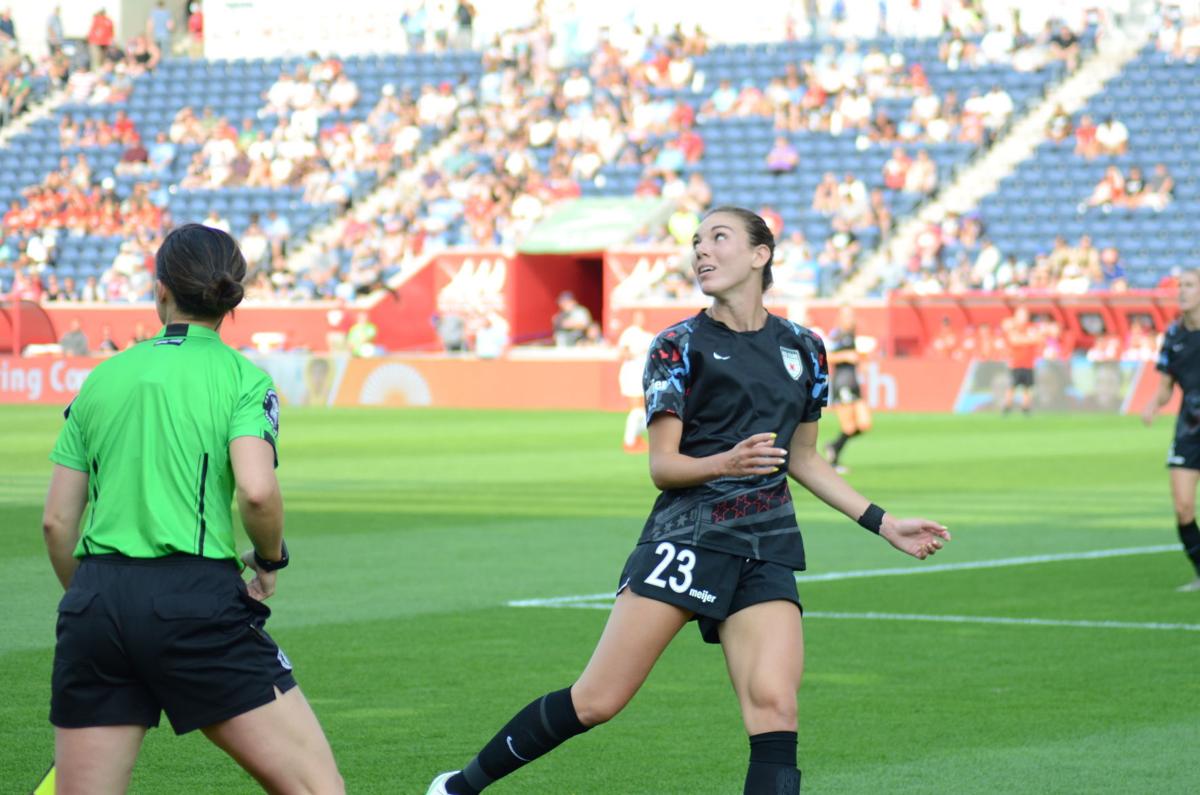 Orland Park’s Tatumn Milazzo, an Andrew graduate, is getting valuable playing time on the professional level for the Chicago Red Stars. 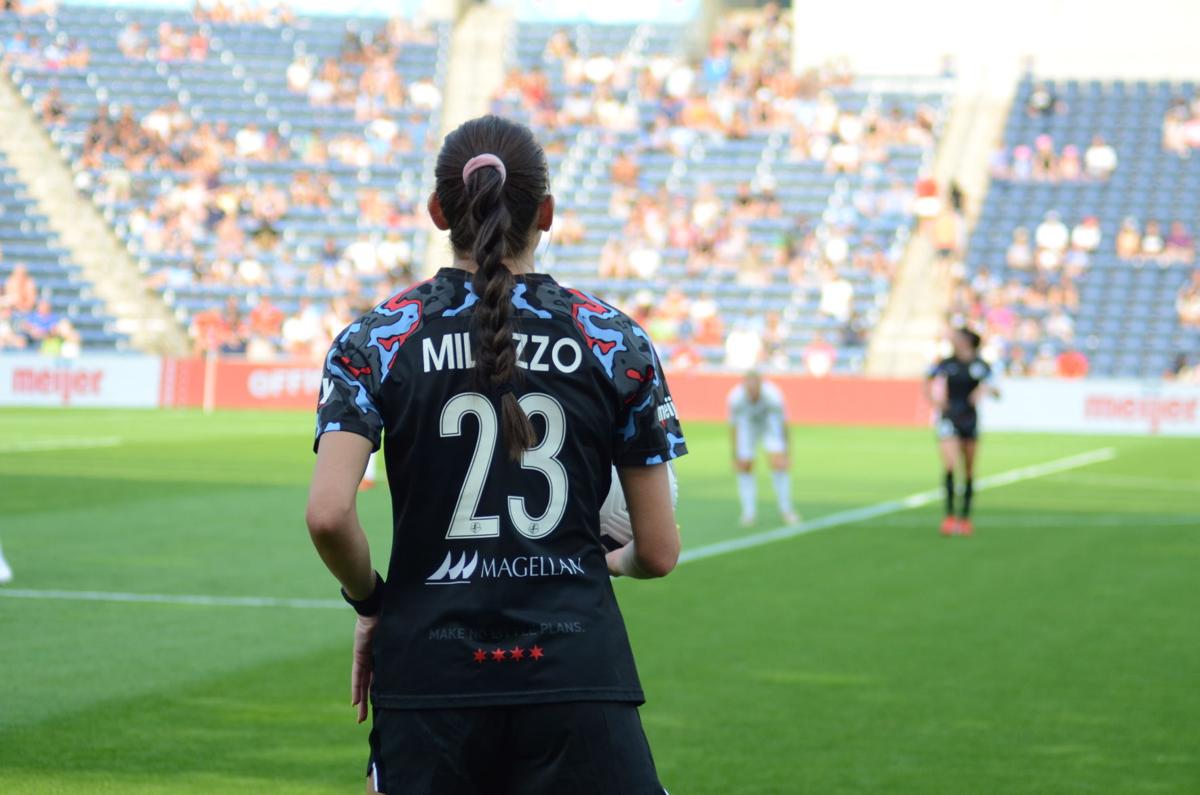 Tatumn Milazzo takes the field for the Red Stars at SeatGeek Stadium in Bridgeview.

Julie Ertz, Alyssa Naeher, Tierna Davidson and Casey Krueger are four of the best players  not only in the National Women’s Soccer League, but also in the world. All four were on the U.S. Olympic team, which earned a bronze medal.

Toss in Mallory Pugh, another player with international experience, and Bianca St. Georges, a star from Canada, and there are plenty of teammates to be role models for Milazzo.

“Looking up to them in the past, say, five-to-10 years has been awesome,” she said. “I’ve seen them play on this team and that’s super-inspiring.”

She is learning well. The defender played in several matches in the Olympians’ absence and with continued playing time since they returned from Japan.

Milazzo said she has particularly learned from fellow defender Kruger.

“To have Casey playing the same position and having her to look up to constantly in practices and see how she lives her life — having her as the person in my position has been really exciting because I get to learn,” Milazzo said. “And she is one of the most incredible human beings I’ve met. She is a nice, genuine person, and it’s been amazing.”

During the Olympics, the U.S. players tried following the Red Stars and the remaining players tried to keep tabs on the national team, something not always easy with the time difference.

“I’m not going to lie, I set my alarm, but I may have fallen asleep in the second half (of the bronze medal game),” Milazzo said. “The effort was there, but I couldn’t see it through.”

Her effort on the Red Stars has shown some results.

In her first nine NWSL games, including six starts, she had 18 clearances, 20 interceptions, a tackles success rate of 76.2% and a pass accuracy rate of 60.3%.

Defenders do not get many chances to score, and Milazzo found herself at the right place at the right time in front of the net when Pugh’s corner kick appeared to be tapped in by Milazzo in a 3-1 victory over the OL Reign at SeatGeek Stadium in Bridgeview in July but the official scorer ruled it an “own goal” that went off of a Reign player. Pugh and Red Stars coach Rory Dames said Milazzo deserved the goal.

Milazzo’s first NWSL start came against Houston earlier in July and she played 70 minutes. Dames watched the rookie improve as the game went on.

“Giving you an honest assessment, I thought she treaded water in the first half,” Dames said. “I said to her at halftime ‘You can either play and be brave or play and be scared. What’s the worst thing that can happen? Go out and be a little braver and trust yourself.’

“I thought she was significantly better in the second half.”

After high school, Milazzo attended the University of South Carolina and played 80 games for the Gamecocks. She was on the team in 2017 when it qualified for its first Women’s College Cup. The team won Southeastern Conference championship in three of her four years at the school.

This is Milazzo's second stint playing for Dames. She was a member of his Chicago Eclipse Select Soccer Club, an organization that produced 2012 Olympic Gold medalist Amy LePeilbet.

When Milazzo was 12, she babysat Dames’ children.

This season was the first Milazzo played at SeatGeek, formerly Toyota Park.

Her sister, Mia, now a senior at the University of Missouri – St. Louis, played on the field for Andrew in the Windy City Ram Classic.

Remembrance of 9/11 on its 20th anniversary is personal for members of the Orland Fire Protection District.

Longing for the carefree days of childhood where all you had to worry about was what game you were going to play next?

WATCH NOW: Pumpkins are just the start of the seasonal fun at area patches

Fall has arrived, which means it's time for pumpkins. So, why not visit a farm where pumpkins are grown and pick one from the patch?

For Frankfort's new police chief, it's all about community.

Orland Park’s Tatumn Milazzo, an Andrew graduate, is getting valuable playing time on the professional level for the Chicago Red Stars.

Tatumn Milazzo takes the field for the Red Stars at SeatGeek Stadium in Bridgeview.