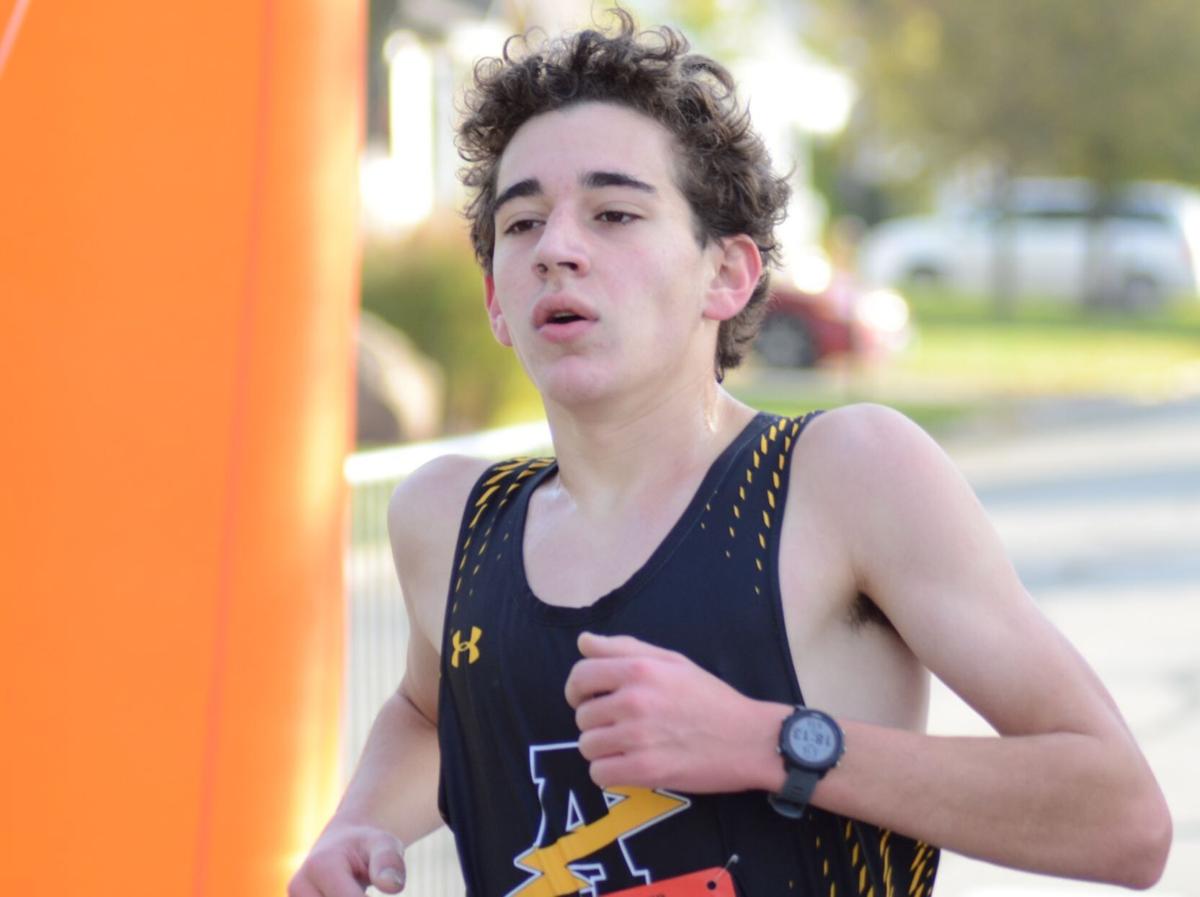 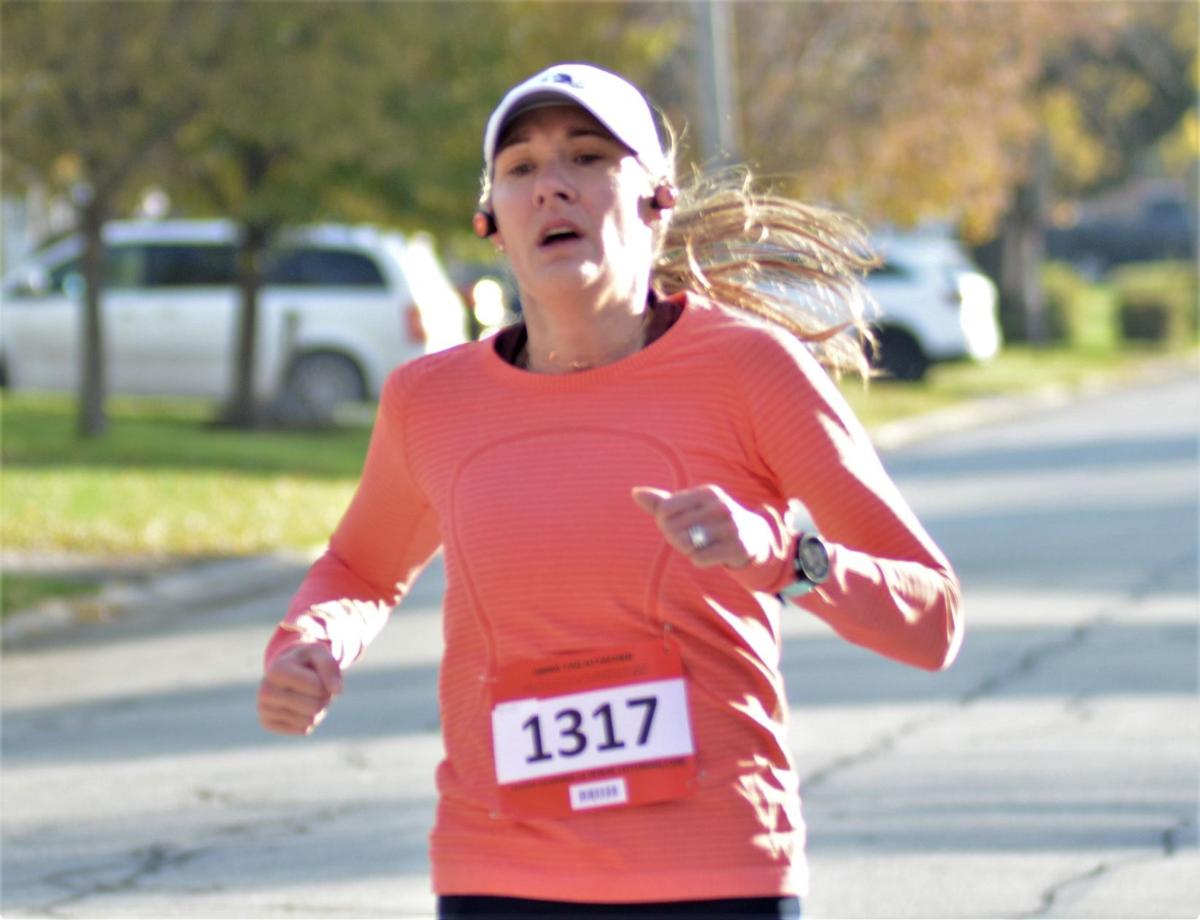 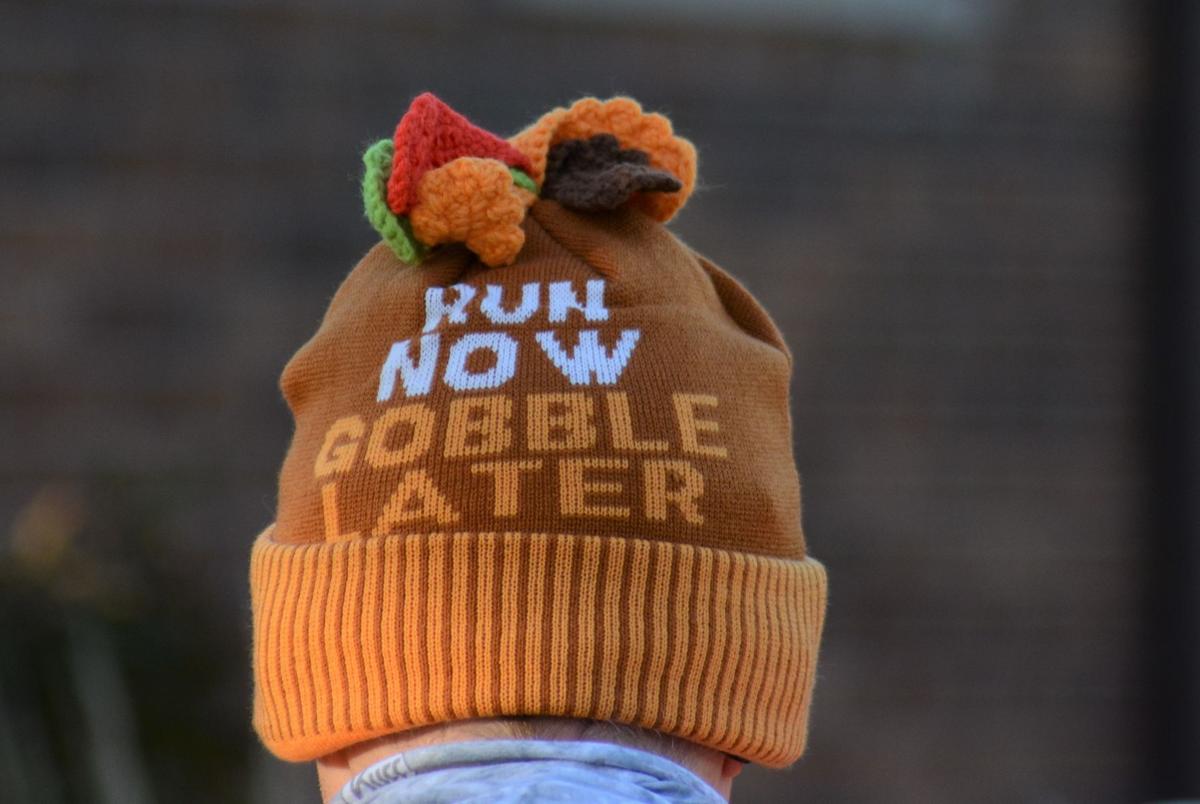 Runners are known to come in costume or seasonal attire.

Runners get to indulge in various fruits. 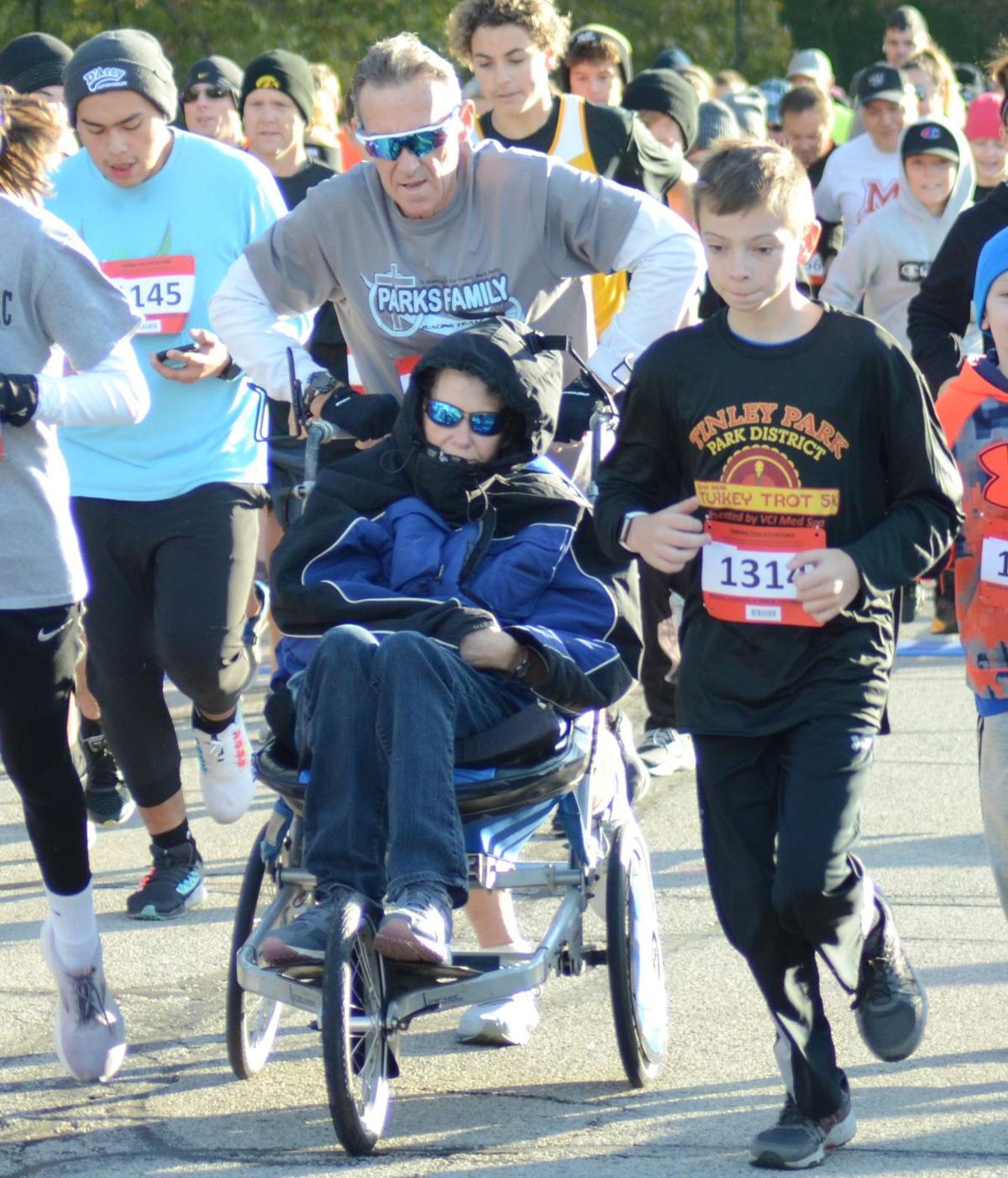 Turkey Trot regulars Jamie and Lynn Parks compete one day after running a marathon in Indianapolis.

“He’s the fastest in the house.”

Declan was also the fastest in the 30th running of the Tinley Park Turkey Trot Nov. 7 at Vogt Woods. At age 16, he is one of the youngest winners in the history of the race.

The Andrew junior cross country and track runner was joined on the course by his father, Michael; mother, Aimee; and brothers, Brendan and Gavin.

Just the weekend before, Declan finished 116th in the 138-runner field at the Illinois High School Association Class 3A Quincy Sectional.

This was a boost to his confidence as he went from being toward the end of the pack one weekend to the front the next.

“I just wanted to have fun and see what I could do,” he said. “I hadn’t run for a whole week until this race.”

This is the first time he won the Turkey Trot. He said he was in third place after the first two miles and made his move to stay in the lead the rest of the way.

That made the dynamic for this race quite different than cross country.

“When you are running with boys my age, they have similar skills, so you really have to push to do better than them," he said. "Here you have maybe a couple of people to push yourself with but after that, there is not that much.”

“I always wake up with the mentality that I’m going to win,” she said.

She finished seventh overall with a 19:42.5. Taking second in the female division was Meghan Mitoraj at 20:56.8.

Schultz is a hall-of-fame athlete at Dwight High School.

She teamed with Sarah Clifford-Scheflen, Nicole Wood and Jennifer Burton-Manzello to win the 3200-meter relay state championship in 1995.

She stuck with running and recently ran the Chicago Marathon in 3 hours and 21 minutes.

“I was happy,” she said. “It was my best marathon time, and it qualified me for the Boston Marathon.”

Also qualifying for the Boston Marathon was Jamie Parks, the Tinley Park legend who races while pushing his wife, Lynn, in a wheelchair.

They have teamed for their 303rd race together, and the day before they ran at a marathon in Indianapolis to qualify for Boston.

They ran the Tinley race the next day because Jamie said they have raced in all 30 Turkey Trots and wanted to keep the streak intact.

The two hit a milestone on the Fourth of July when they ran their 300th race. But an elbow injury to Jamie curbed some of their racing until recently.

There were 292 individuals who ran or walked the course. Some dressed in a Thanksgiving theme. Some pushed strollers. Some walked or jogged with dogs.

Last year, the event was done in flights because of the pandemic. This year, it was back to a normal start and race though officials decided to skip an awards ceremony and runners needed to go to the park district office to pick up their awards.

Among the many people who worked to make the event a success was Bailey O’Connell, recreation supervisor for the Tinley Park-Park District.

O’Connell, of the Mt. Greenwood neighborhood in Chicago, was named the South Side Irish Parade Queen in 2020. The honor has carried over to the 2022 parade with the pandemic canceling the 2020 and 2021 editions.

Here are the age-group winners of the Tinley Park Turkey Trot:

New Lenox embraces 6-year I-80 rebuild for its promise

A six-year plan costing $1.2 billion to rebuild 16 "brutal" miles of I-80 holds promise for development in New Lenox.

Navarro Farm in Frankfort is the latest beneficiary of  100+ Women Who Care of Will County.

The drought is over as the Sandburg boys cross-country team claims the state title.

Runners are known to come in costume or seasonal attire.

Runners get to indulge in various fruits.

Turkey Trot regulars Jamie and Lynn Parks compete one day after running a marathon in Indianapolis.