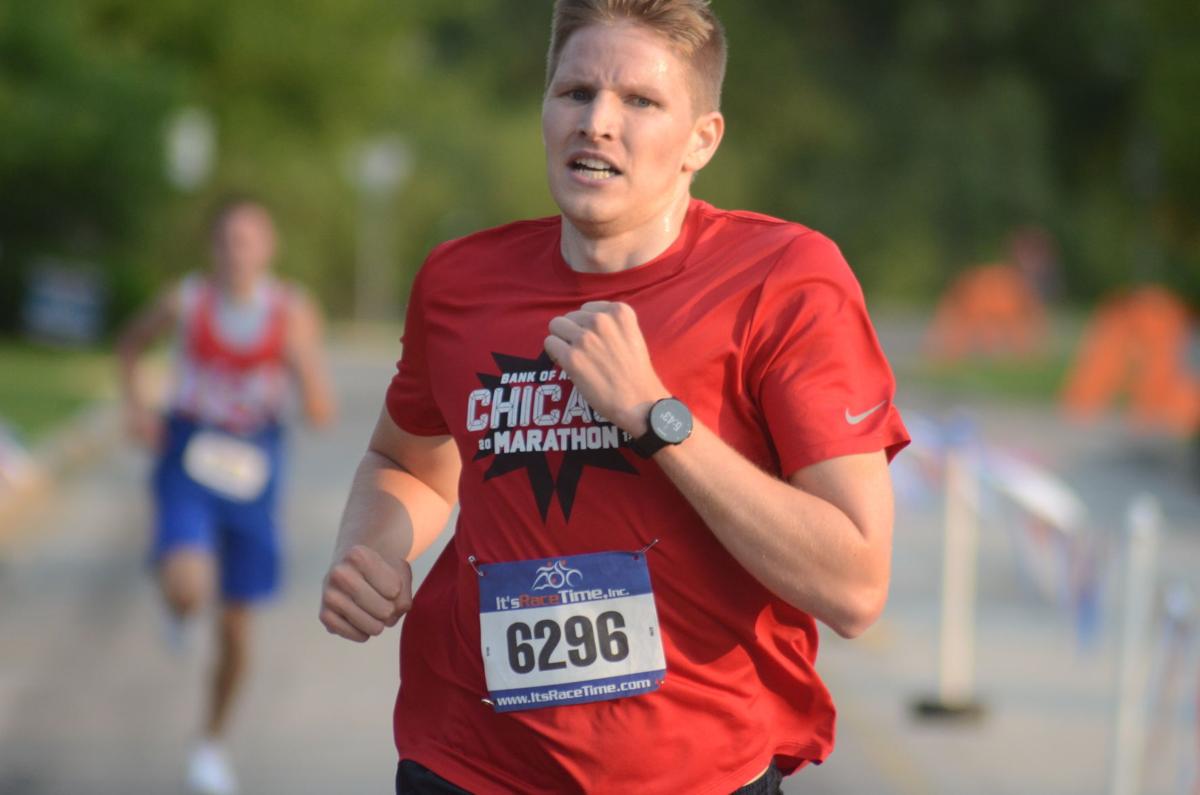 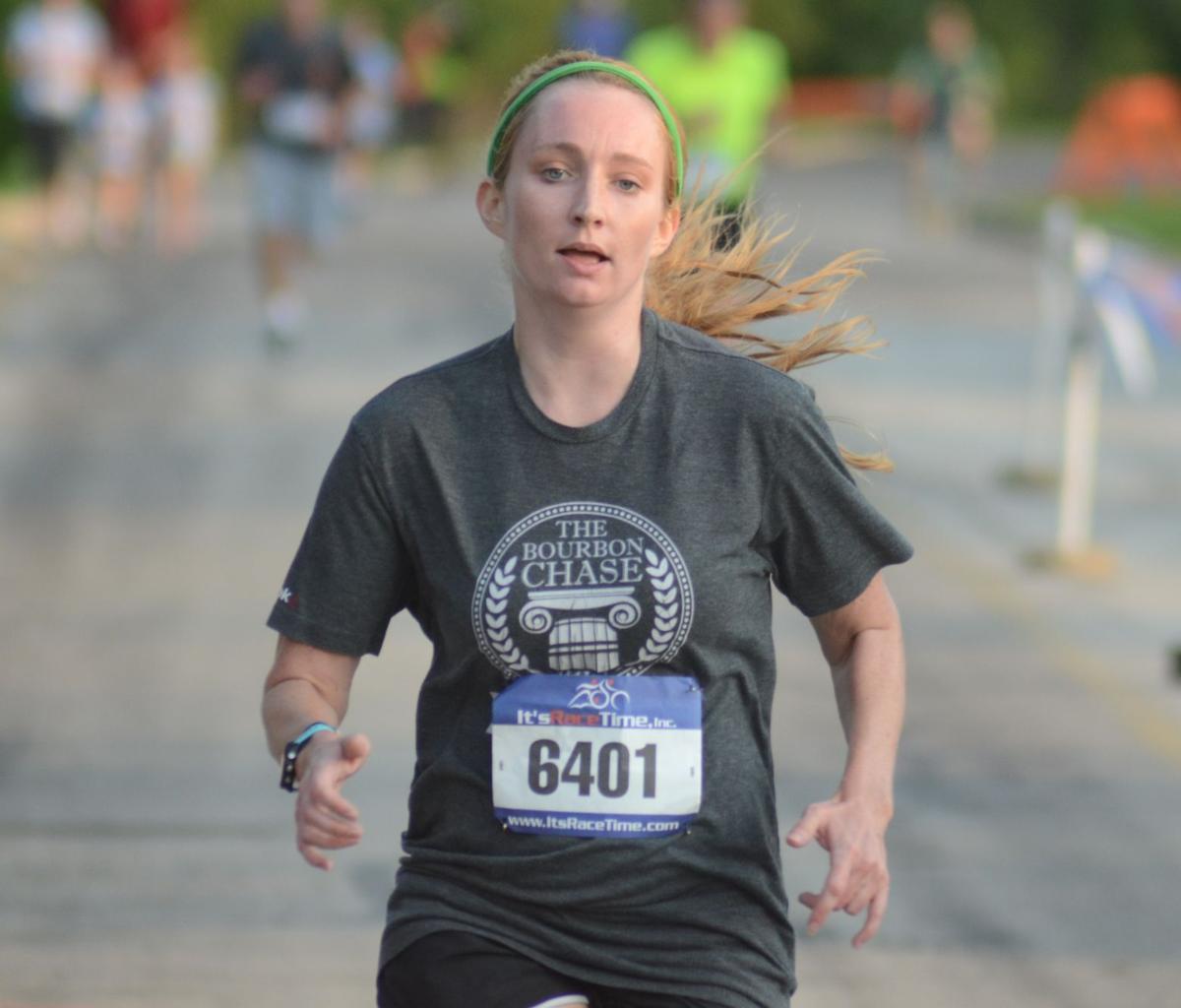 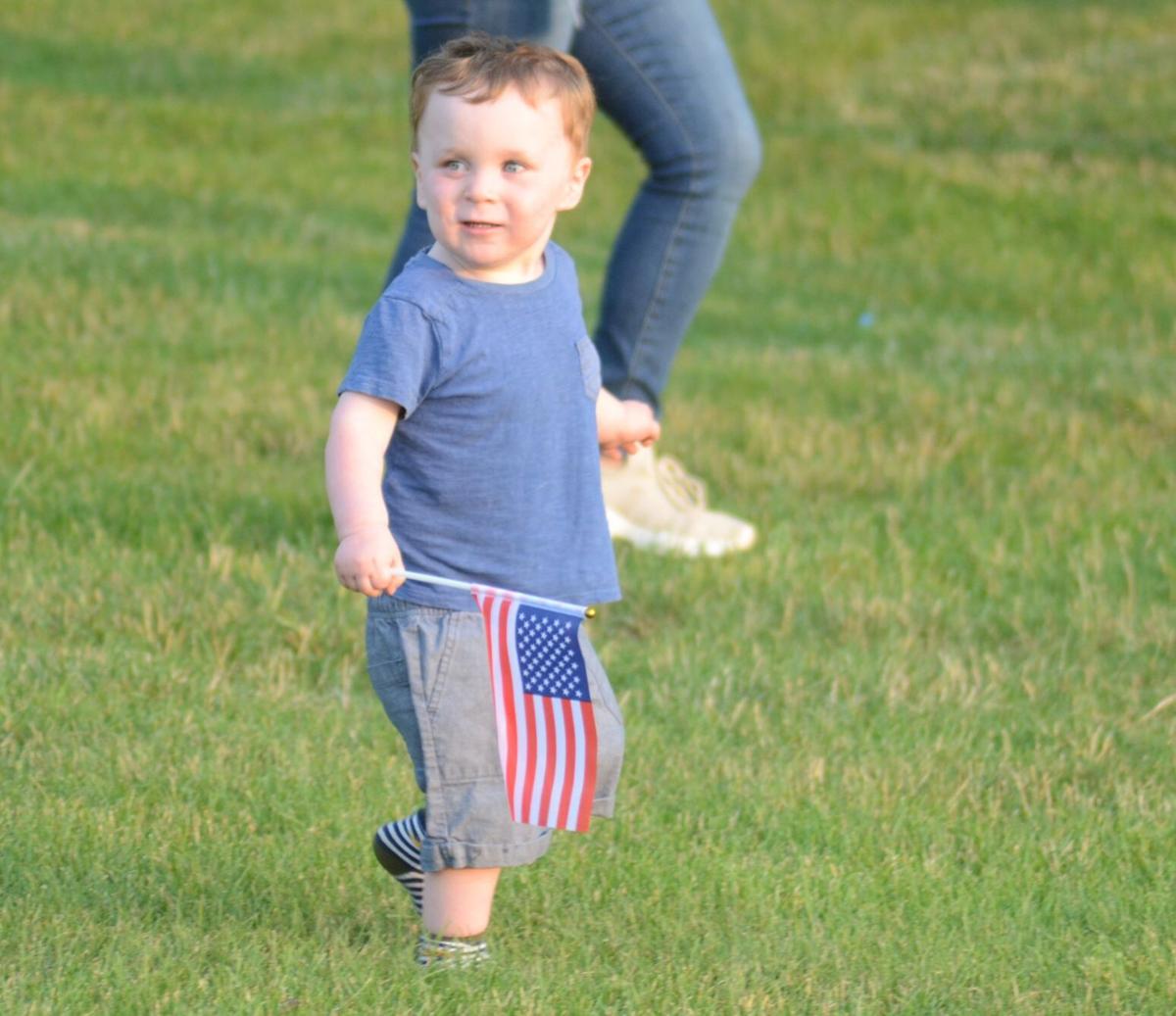 Orland Park’s Liam Walsh, 2, shows his colors during the kids run at the Liberty Run. J

Former high school track athletes Zach Dahleen and Nellie Gannon have grown up to be an IT specialist and a dentist, respectively.

But they proved they still have it when it comes to running.

Dahleen was the top placer in the Orland Park Veterans Liberty Run July 2 at Centennial Park, and Gannon led the female pack in a two-mile race that had 300 registered runners and 144 finishers.

The race was back to normal this year. Last year, the COVID-19 pandemic shut down many races but Orland Park Director of Recreation Ray Piattoni and his staff changed the format to allow heats to take off each hour all day to limit the number of competitors on the course.

Athletes timed their own races in 2020, and many of them did not turn in their results. Those who ran in 2020 seemed simply delighted to be on the course.

This year, it was one big monster flight and Dahleen, 30, got through the course in 11 minutes, 29 seconds with 15-year-old Minnesota resident Owen Ford on his heels at 11:30.

“I knew someone was behind, me and it made me push a little bit at the end,” Dahleen said.

Ford has been running this race for years because his grandparents, Bob and Nancy Carlson, live in Orland Park, and the family visits around the Fourth of July.

Dahleen works in information technology at the University of Chicago law school and lives in Tinley Park. But he has a rich running history when he starred for Sandburg. He was seventh in the state in Class 3A in cross country in 2008 and was second in the state in the 1600-meter in 2009.

He ran for Southern Illinois University and graduated with the school record in the 1500 with a time of 3:41.18.

Dahleen won the Liberty Run in 2010 before taking off for SIU.

He has kept up with running over the years but a right Achilles issue in 2020 slowed him. COVID restrictions allowed runners to get out and practice but his Achilles had other plans.

He tried staying in shape using a bike and waited until July 2 for his return to competition.

“I wasn’t expecting to win it,” he said. “I went out with the leaders and kind of took over the pace.

“I had to decide how bad I wanted to feel the next day,” he said. “But since I have not won a race in a while, I wanted to get that feeling again.”

He loves the constant battle in running.

“It’s the grind and fight,” he said. “You have to dig down to achieve something. Anyone can coast a run. It’s days like this where I could have settled for a fifth-place finish and ease my way into it, but I decided I had to fight and work for the win.”

She attended University of Miami (Ohio) and gave up competitive running on that level but ran on her own. She finished the Liberty Run in 13:46 and said it was her first win in a competitive setting.

She used the Liberty Run as training for the Chicago Marathon. She took 10th among females in the Chattanooga Marathon in 2020 before the pandemic hit.

Gannon, of Orland Park, is a dentist in Orland Park and Palos Heights.

“I didn’t come in thinking I was going to win it,” she said. “This is a surprise.”

Former Shepard coach lives on in hearts of students and colleagues

Family and friends remember Tinley Park coach who brought so much to the game and life.

Led by U. of I. senior, family makes the cut with Evans Scholars

Lockport native Bobby Gikas earned an Evans Scholarship for the class of 2017 and parlayed it into some recent fame at the University of Illinois.

Two boys from Tinley Park and New Lenox have won the Illinois Junior  Bassmasters Championship and are heading to Tennessee in October to compete for the national title.

James Gay is wrapping up 37 years serving the schools of District 230 in Orland Park, Tinley Park and Palos Hills.

For the second straight August, the Riviera Country Club in Orland Park has been shut down, and it has nothing to do with COVID this time.

Orland Park’s Liam Walsh, 2, shows his colors during the kids run at the Liberty Run. J