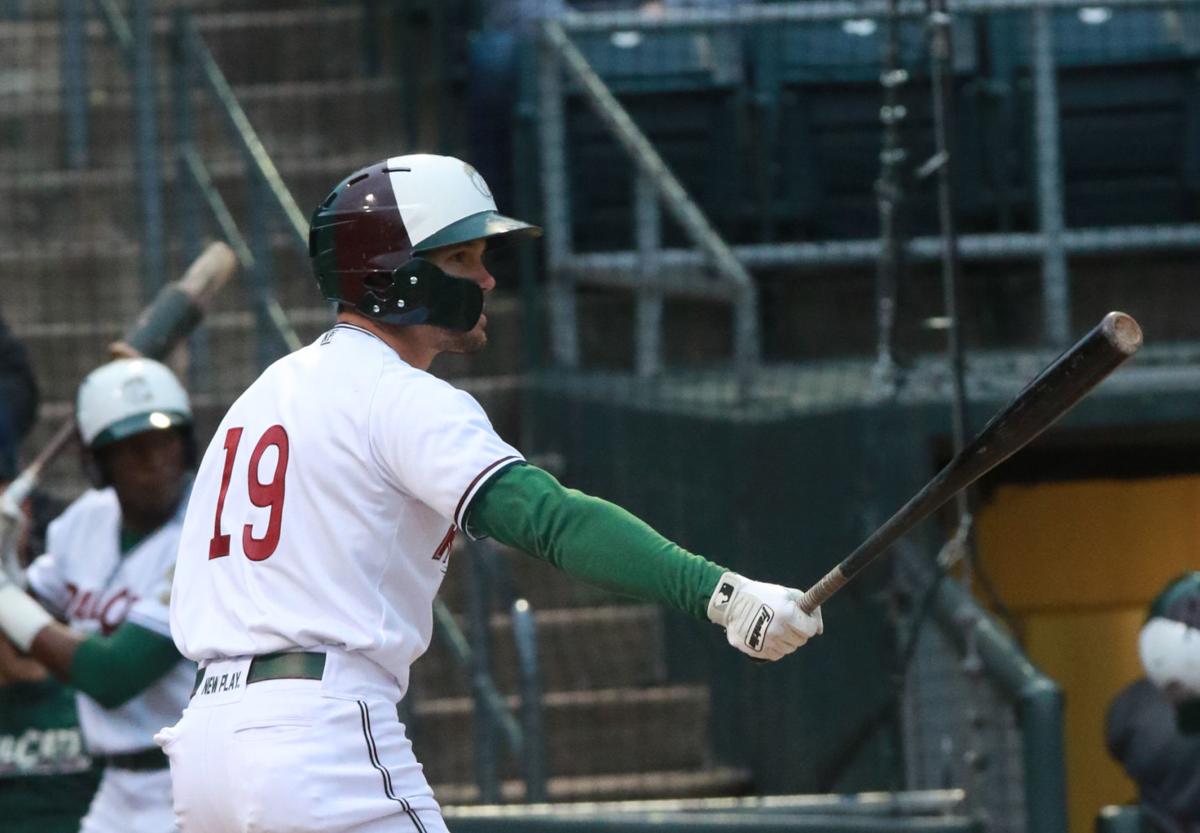 The RailCats' Evan Marzilli, who is pictured on Tuesday, has drawn six walks in nine games and has a .371 on-base percentage after being released by the Cubs on March 23. 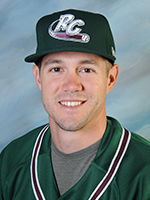 GARY — Make no mistake, Evan Marzilli still dreams of making it into a big league clubhouse one day.

The 28-year-old Gary SouthShore RailCats rookie has come close between the past seven seasons in the Arizona Diamondbacks organization — including parts of the last four in Triple-A — and his brief spring training stint with the Chicago Cubs in 2019.

But professional baseball, Marzilli says, has a funny way of redirecting a career path.

“You have to enjoy it,” Marzilli said after Saturday's 6-5 comeback win over Sioux Falls. “If you can’t say that, this isn’t for you. Things aren’t going to work out as you planned or maybe sometimes how you wanted them to. But you have to enjoy the game and play it as long as you want. Sometimes it’s good, sometimes it’s bad and sometimes it’s just there. Right now, I’m happy to be here.”

RailCats manager Greg Tagert sought to add more talent to his roster in the offseason and he was in contact with Marzilli after he elected free agency, but Tagert essentially stopped all pursuit when the Cubs signed Marzilli to a minor league contract and invited him to spring training. He went 3-for-18 with a double, two runs, two walks and a stolen base over 10 games. He was assigned to Double-A and then released.

Chicago proved to just not be the right fit, Marzilli said. Tagert speculated the Cubs figured Marzilli wasn’t quite ready for Major League Baseball, didn’t have an opening for him in Triple-A and thought he was too good for Double-A.

Marzilli gave Tagert a call in April asking if there were any opportunities in Gary.

“Initially, when we saw he was available, we didn’t contact any other player,” Tagert said. “Things didn’t work out for us but then it’s funny, you get a player like Evan sometimes who’s too good for Double-A but maybe a little older and not good enough for a higher level so he’s out of a job.”

Marzilli, a Rhode Island native who now calls Denver home, had no ties to Gary apart from his conversations with Tagert and a favorable recommendation from former RailCats player and Cubs hitting coach Anthony Iapoce. A few members of his family saw him play the opening week in suburban Chicago but he’s still working out the logistics for other games.

Marzilli played in the outfield for South Carolina's back-to-back College World Series Championship teams in 2010 and 2011 before getting picked by Arizona in the eighth round of the 2012 MLB Draft. He reached Triple-A in 2015 and has bounced around since then, playing a total of 105 games at Triple-A over four seasons.

Although Marzilli is new to Gary he’s one of the oldest players on the team and comes from winning cultures, which Tagert said is invaluable. Marzilli describes his defense in center as the strongest aspect of his game and admits hitting is still a work in progress. Through nine games he was hitting .214 with a .371 on-base percentage and a .286 slugging percentage.

Marzilli has reached base in every game.

“That part has been good, knock on wood,” Marzilli said, turning to the closet wall and knocking on it. “There’s definitely an adjustment process but sometimes it’s just a matter of you’re good sometimes, bad sometimes and it’s baseball other times. That’s the fun part about it for fans. For players, it gets frustrating when you’re not hitting but I’ve learned the impact of doing those other things to help the team win games.”

Marzilli intends to do just that in Gary. He tries to remind himself that no matter if he's playing affiliated or independent baseball, he’s still playing baseball every day and happy to do it.

“I’m going to enjoy this as long as I can,” he said. “There are people who make it their goal to make it to the big leagues and they constantly have to re-adjust. I’ve had to. Don’t get me wrong. But you learn to just be the best player you can be and control what you can. At the end of the day, my job is to play baseball, and that’s pretty cool.”

The RailCats' Evan Marzilli, who is pictured on Tuesday, has drawn six walks in nine games and has a .371 on-base percentage after being released by the Cubs on March 23.