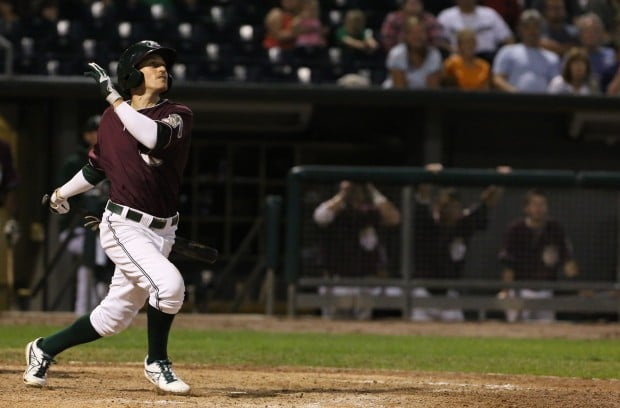 RailCats left fielder Adam Klein watches a the ball off his bat in Wednesday's Game 2 of the American Association Championship Series against Wichita. Klein, who is Jewish, will play today despite the start of Yom Kippur. 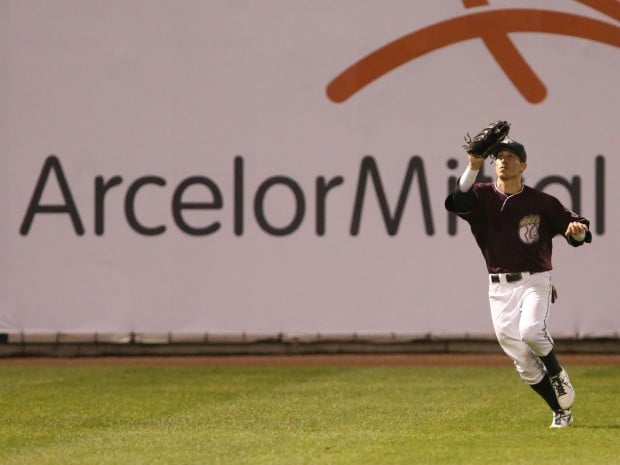 RailCats left fielder Adam Klein makes a catch in Wednesday's Game 2 of the American Association Championship Series against Wichita. Klein, who is Jewish, will play today despite the start of Yom Kippur.

A Dodgers fan and Los Angeles native, the date sticks out for Klein because the Dodgers were in the middle of a pennant race and their heavy hitting right fielder had put religion before baseball.

"That stood out for me," Klein said, "it was an example of him taking the initiative and saying that."

Yom Kippur, a holy day of atonement in the Jewish religion, begins at sundown Friday. The RailCats play a crucial American Association Championship Series Game 3 at 7 p.m. in Wichita.

Klein expects to be in left field and in his place in the lineup.

"Obviously it's a challenging situation, whether I'm justifying or not, I haven't strictly ahdered to my religion, or let's say it's been quite challenging to do s,o throughout my playing career," the leadoff hitter said. "Obviously the holidays that I am around, I'm able to celebrate with family and be there, and adhere to the principles of the religion. My primary focus right now is to be here and take care of the task at hand."

This is the first year that Klein has wrestled with the decision of whether or not to play. It is his first championship series as a professional, reaching only the first round of the playoffs with Kane County in 2008 and the first round with the RailCats in 2010.

Hank Greenberg famously didn't play baseball in 1934, receiving a standing ovation when he attended temple for services. Sandy Koufax missed Game 1 of the World Series in 1965, because it fell on Yom Kippur.

The day is considered among the most holy in the religion, calling for fasting and prayer as well as abstaining from work from sundown Friday to sundown Saturday.

Klein isn't the only Jewish member of the RailCats. Third base coach Bobby Segal, a former Indiana University catcher, walked a mile and a half from the team's hotel in Fargo last week to attend Rosh Hashanah services when the RailCats were playing their semifinal series.

"We all have handshakes before the game, and Bobby Segal and I, our handshake is that we put on yarmulkes on top of each other, we say l'chaim and pretend like we're drinking manischewitz and hug it out and say tribe love," Klein said. "It's comical, but it's still that's my religious union. It's the one way to keep myself involved in the religion."

Klein is hitting .304 in the postseason and has five RBIs in two games of the championship series.

"It's been challenging being a baseball player and playing during a significant part of the year," Klein said. "There's no Baseball Temple, there's Baseball Chapel.

"I'm blown away that they have basketball events on Christmas Day. I think that's crazy. That's not my religion, but if I was a father with a couple kids, I'd want to be spending my time with my family. I know it's about making money, but it's crazy."

The RailCats head to Wichita with the best-of-five series tied 1-1. The last two years that the RailCats have been in a league championship series, they have held a 1-1 tie returning to U.S. Steel Yard, only to lose both times in four games.

The RailCats were 3-3 this season playing at Lawrence-Dumont Stadium.

"I've always said the 3-of-5 is the perfect format for playoff baseball because it really tests you in terms of what it's all about, which is going on the road and trying to split then going home and taking 2-of-3," RailCats manager Greg Tagert said. "Baseball is built on taking series. We've played well on the road, so they're going to get the last at-bat now, so we're going to have to shut the door a little better."

RailCats left fielder Adam Klein watches a the ball off his bat in Wednesday's Game 2 of the American Association Championship Series against Wichita. Klein, who is Jewish, will play today despite the start of Yom Kippur.

RailCats left fielder Adam Klein makes a catch in Wednesday's Game 2 of the American Association Championship Series against Wichita. Klein, who is Jewish, will play today despite the start of Yom Kippur.