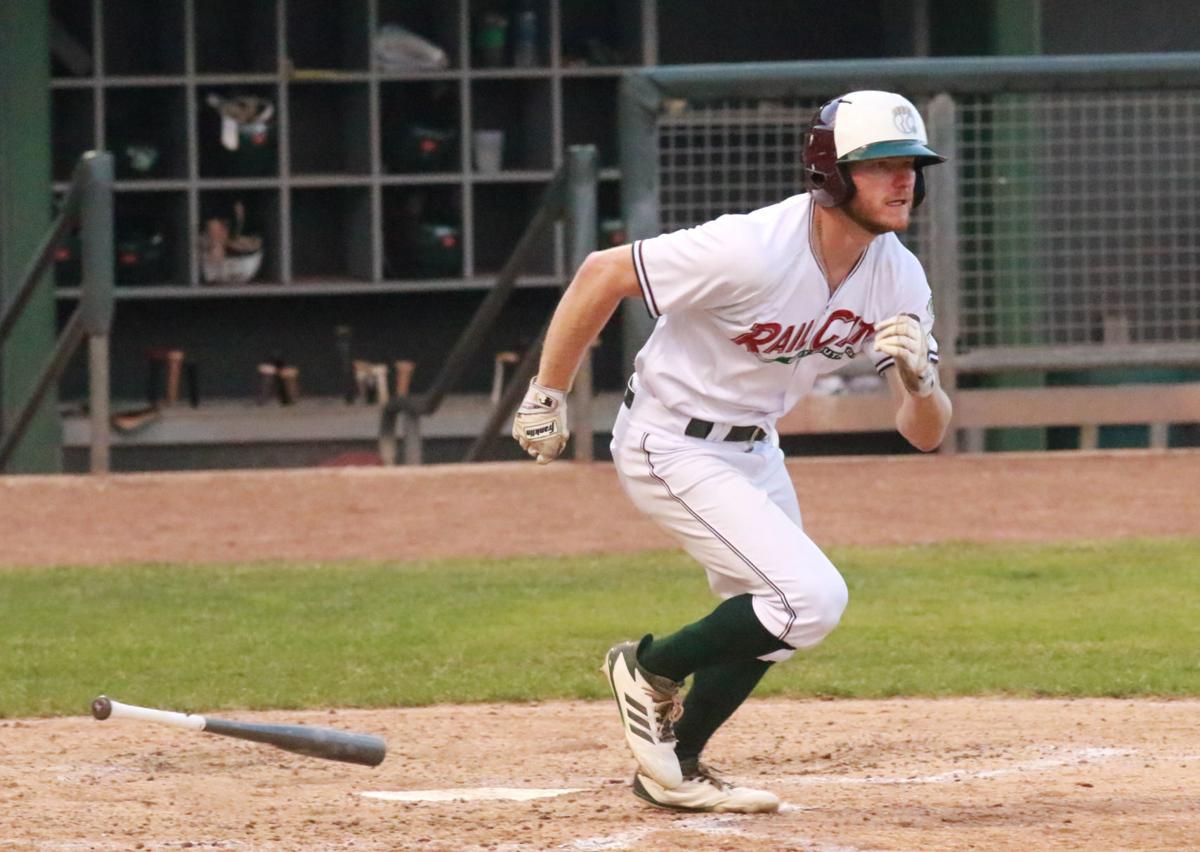 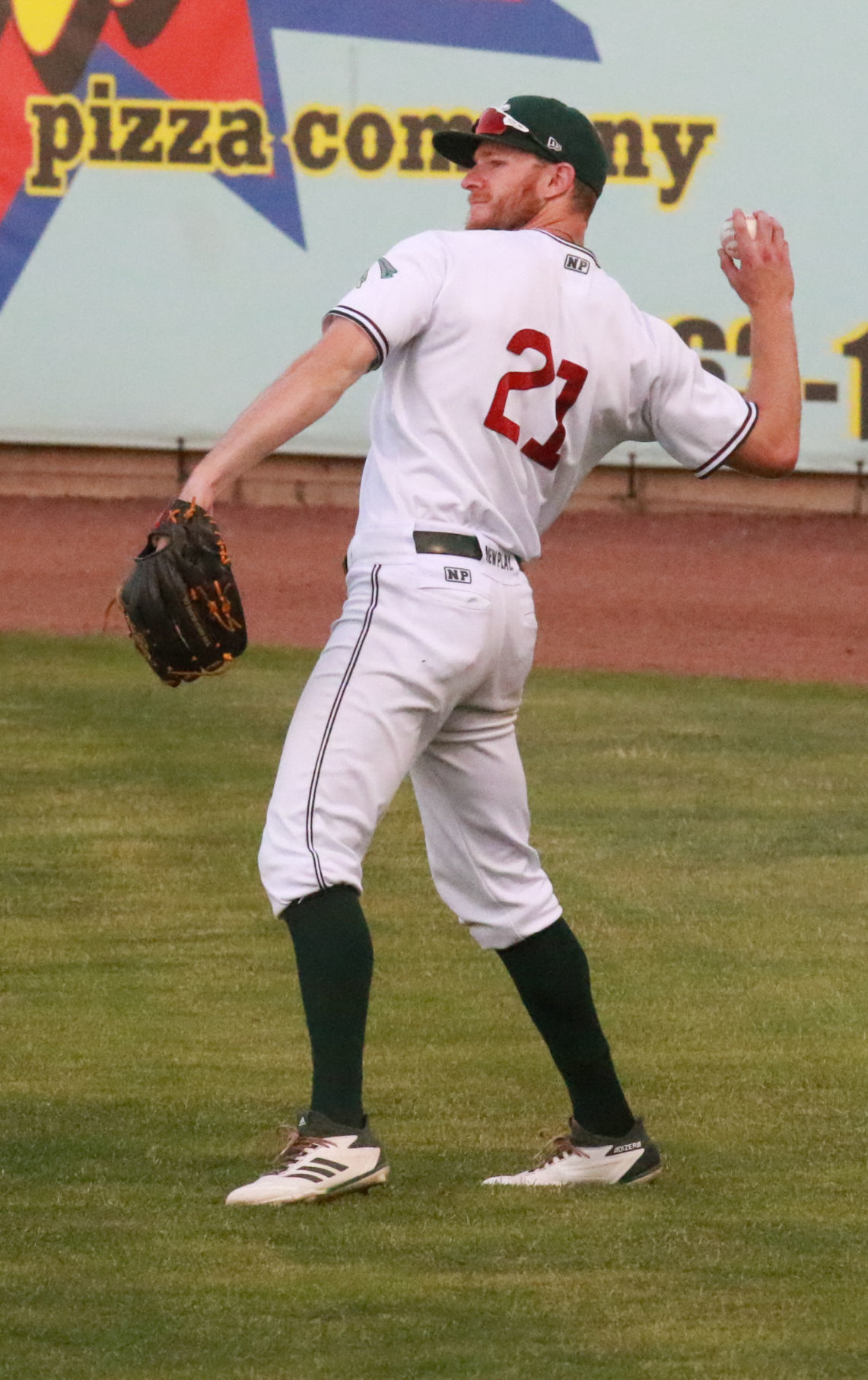 Colin Willis grabs a right field out for the RailCats. 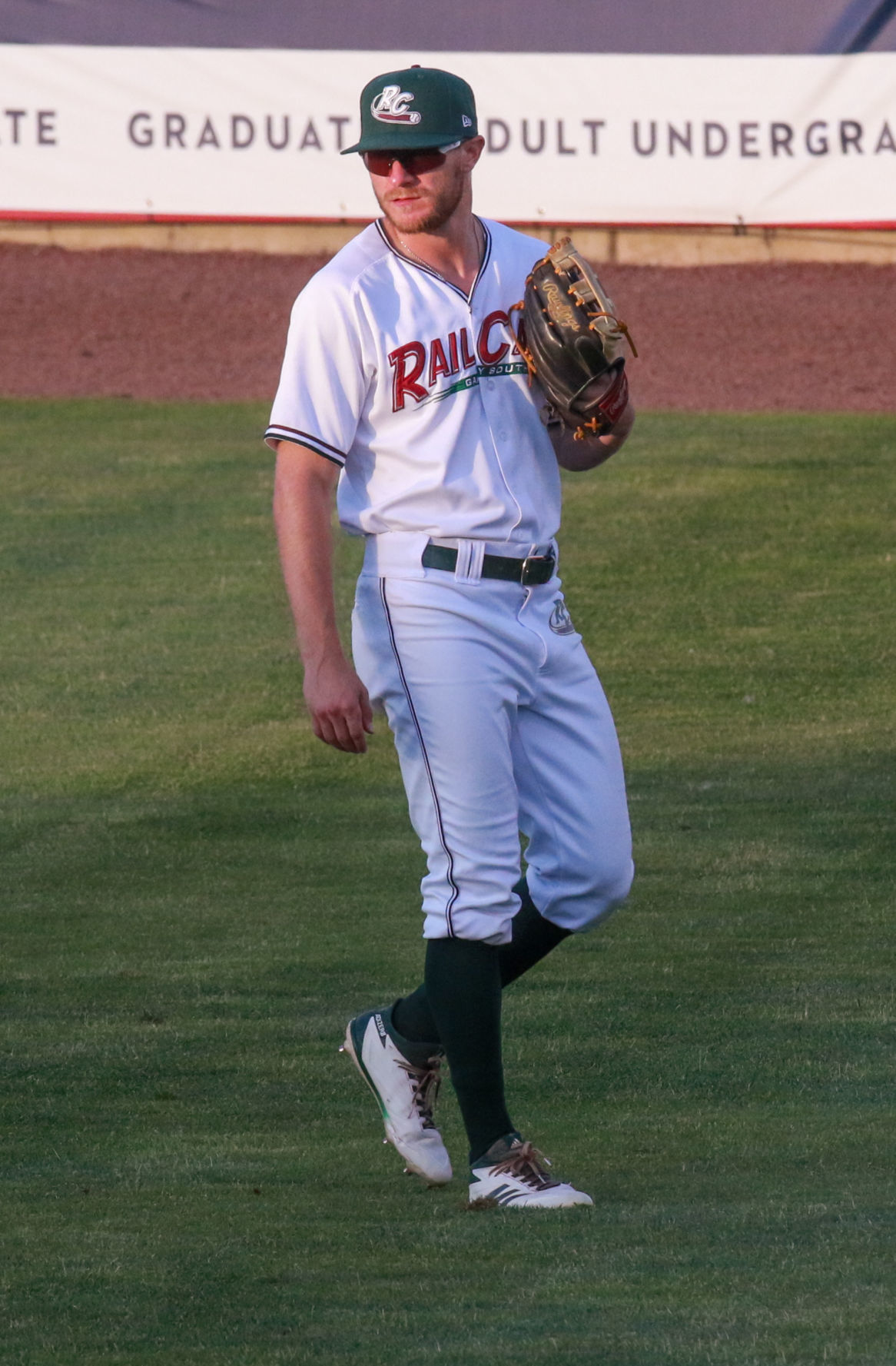 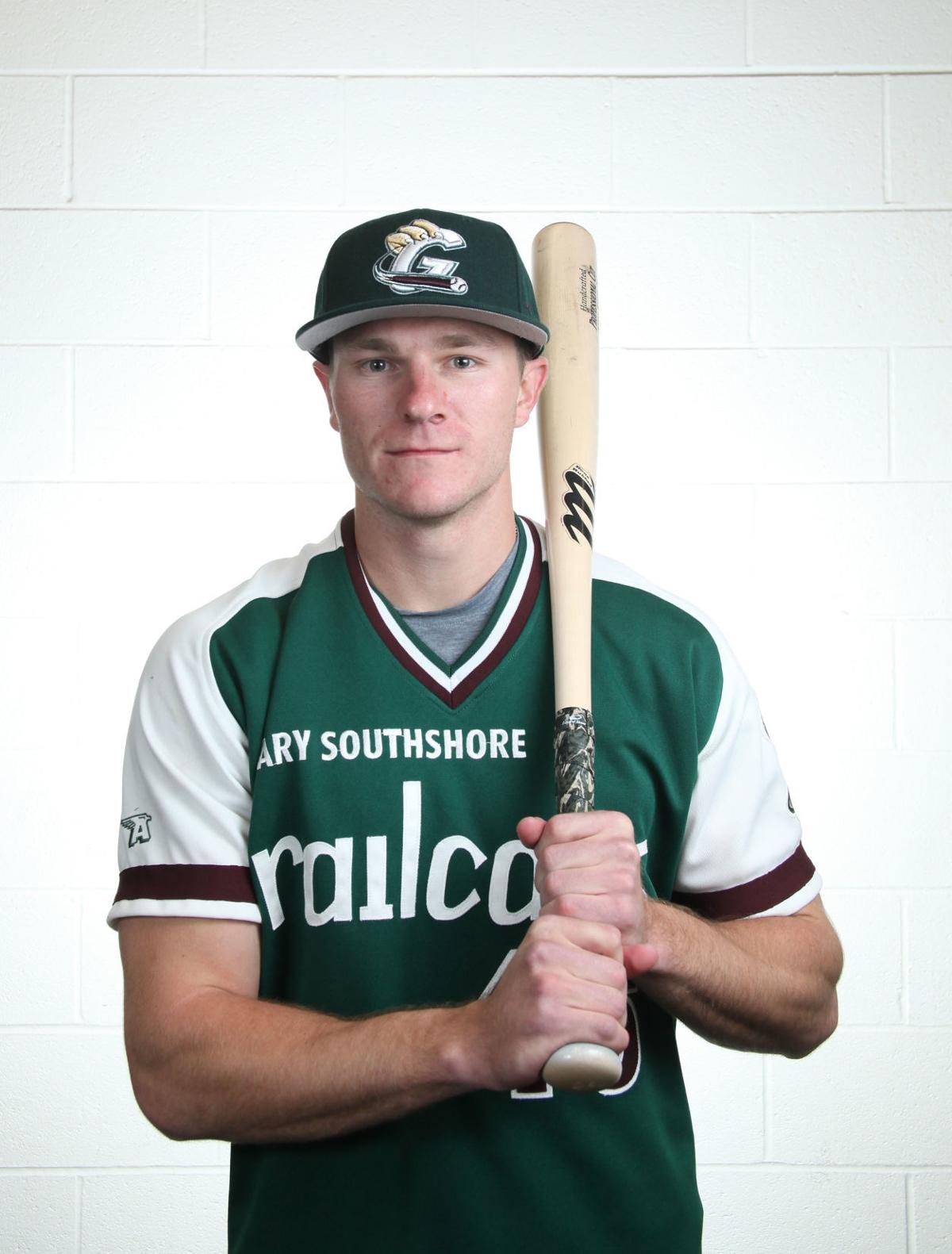 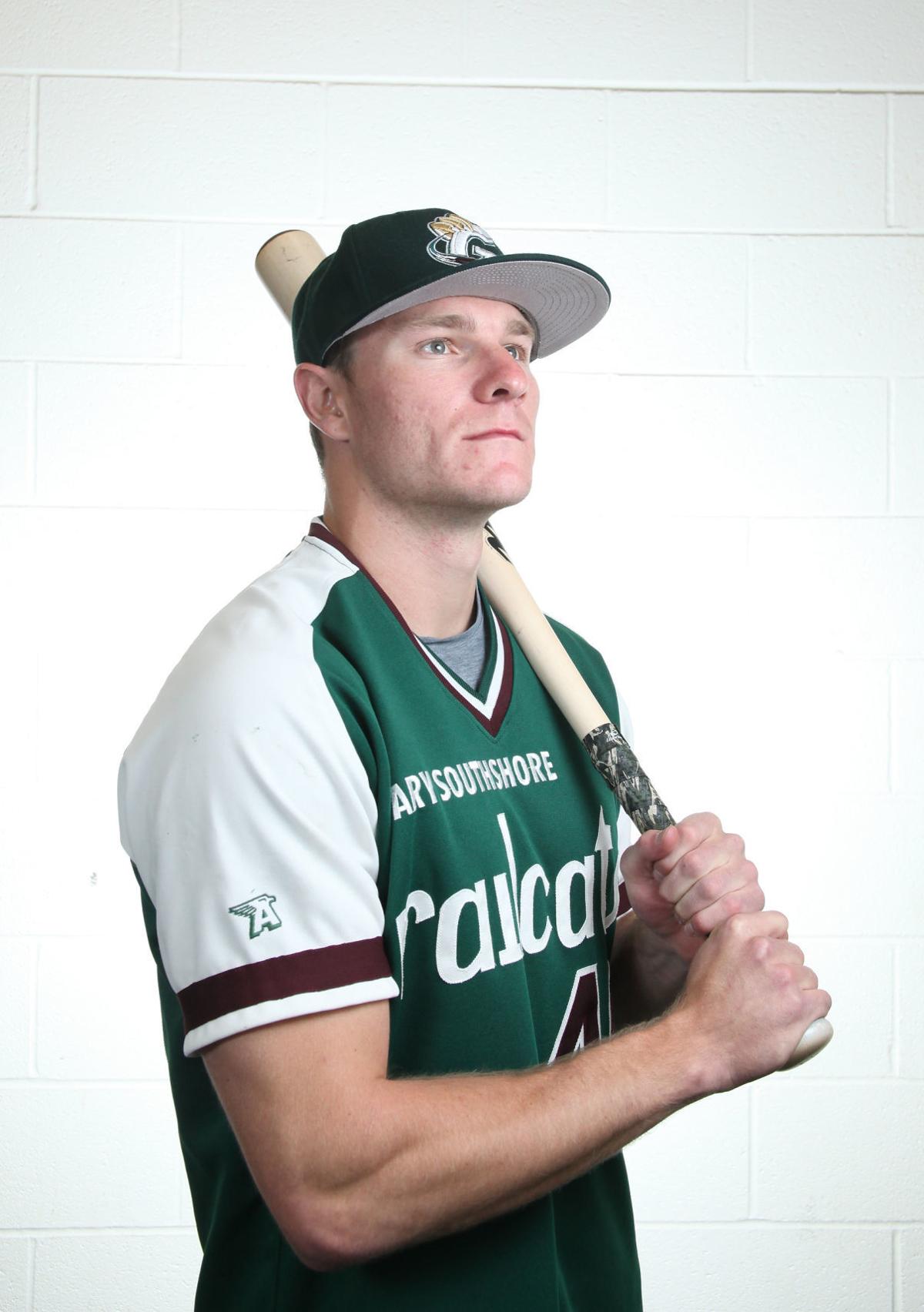 In 2017, outfielder Colin Willis became the second player in RailCats history to be named the American Association Rookie of the Year.

The Gary SouthShore RailCats manager found out about Willis because his son, Josh Tagert, played with him in college at Purdue North Central. Josh Tagert told his father that Willis had the potential to play at the next level, and he should come watch the outfielder in person.

A few years and several teams and leagues later, Willis is the Railcats’ lone All-Star for the 2019 season. Greg Tagert said throughout his 15-year career he can’t think of anyone else who is more deserving of the recognition, especially considering the unconventional route Willis has taken to become a standout player in the American Association.

“I’m as guilty as anybody,” Greg Tagert said. “I loved Purdue North Central. My son played there. But they’re not exactly playing the SEC. They’re not playing in the Big Ten. So I’d go out and watch and say, ‘Oh, he’s good for (this level).’ And then my son, Josh, said, ‘Hey, can Colin come to a tryout?’”

Greg Tagert remembers Willis’ initial tryout, and he wasn’t very impressed. Willis showed flashes of the player he could be but not enough for Greg Tagert to offer him a roster spot. After being cut, Willis didn’t take it personally. Instead, he used it as an opportunity to continue working on his game.

In college, Willis was one of the best players in Purdue North Central history. He set the Panthers’ single-season record for hits (93), runs (65), stolen bases (28) and triples (eight) and earned all-conference honors as a freshman, sophomore and senior. After graduating in 2015 and being inducted into his alma mater’s Hall of Fame in 2016, Willis said he wasn’t satisfied and wanted to continue his career wherever he could.

“I was never the biggest kid or anything like that,” said Willis, who stands 5-foot-11 and weighs 185 pounds. “I had to hustle. I had to work hard. Every team I’ve ever been on I’ve had to prove myself. That’s just something that’s always sparked a fire in me and kept me going.”

Willis’ thirst for another opportunity led him around the country and included a spring training stint with the Lake Erie Crushers in the Frontier League. He also played for the Hammond Lakers of the Midwest Collegiate League, the Eastside Diamond Hoppers of the United Shore League and the Yuma Wranglers of the Arizona Winter League.

The RailCats eventually signed Willis with their last roster spot at the end of the 2016 season, and Greg Tagert said the Wisconsin native's perseverance was the deciding factor. He had another chance to see Willis when they crossed paths in the Arizona Winter League, and Greg Tagert also recalls him participating in multiple offseason workouts for the RailCats.

“I kept telling everybody to take a look at Colin, and then finally I decided, ‘You know what? I’m going to take a look at him,'” Greg Tagert said. “We signed him to a contract for the last 10 days of the season. We were allowed to sign one player, the 23rd player, and it was Colin.”

At every stop, Greg Tagert said he saw Willis improve, and even after a quiet showing at the tail end of the 2016 campaign, he decided to bring Willis back for the 2017 season. In his first full year, Wilson batted .319 with a team-high eight home runs and became the second player in franchise history to be named the American Association Rookie of the Year.

His strong play carried over into the 2018 season, in which he was named the RailCats’ Most Valuable Player, and helped the team earn 59 wins before falling to St. Paul in the North Division Championship Series. Willis batted .297 with a team-high 98 hits, tying for the team-high with nine homers, and also had 50 runs and 50 RBIs.

This year, Willis registered the second multi-homer game of his career in a 5-1 victory over Fargo-Moorhead at the U.S. Steel Yard. Entering Saturday's home doubleheader against Chicago, he held a .279 batting average with 55 hits, 34 runs, 37 RBIs, 10 stolen bases and a team-high five home runs.

Prance played alongside Willis at Purdue North Central and also coached him. He said the work ethic and relentlessness Willis has shown throughout his career with the RailCats was also evident when he was breaking records for the Panthers.

“I don’t know anybody who’s more persistent and more driven,” said Prance, who is now an associate head coach at Purdue Northwest. “When he has his mind set to something, he gets it. He’s been playing ball for a long time obviously, and he’s just keeping the dream alive.”

Wilfredo Gimenez has been Willis’ teammate for nearly all of his tenure with the RailCats, and the team’s starting catcher has a lot of respect for the way Willis approaches the game. As a 10-year professional player and veteran leader, Gimenez said one of his main roles is to set an example for the rest of the team.

However, when it comes to Willis, Gimenez has never had to question his effort or attitude. Despite a slow start last season, Gimenez said Willis’ dedication didn’t waver, and he eventually put together one of the best campaigns of his budding career.

“I remember he was struggling for the first half, and after that he flipped the switch and started hitting .300,” Gimenez said. “He’s a really cool guy, especially when he goes into the game. He’s just impressive, and he always likes to work out. He’s the first guy to come to the stadium. He always has to do something to get better.”

Willis said he doesn’t know how he’ll feel when he arrives in St. Paul, Minnesota, for the All-Star Game on Tuesday. He anticipates having some nerves before playing at CHS Field. But regardless of that, he plans to use the marquee achievement as another stepping stone.

“The ultimate goal for my career is to become the best baseball player that I can,” Willis said. “Whether I make it to the big leagues, that might be a higher power that decides that. But if I can get to a point in my career where I feel like I’ve accomplished everything I’ve set out to accomplish, that’s all I’m really looking for.”

Colin Willis grabs a right field out for the RailCats.

In 2017, outfielder Colin Willis became the second player in RailCats history to be named the American Association Rookie of the Year.