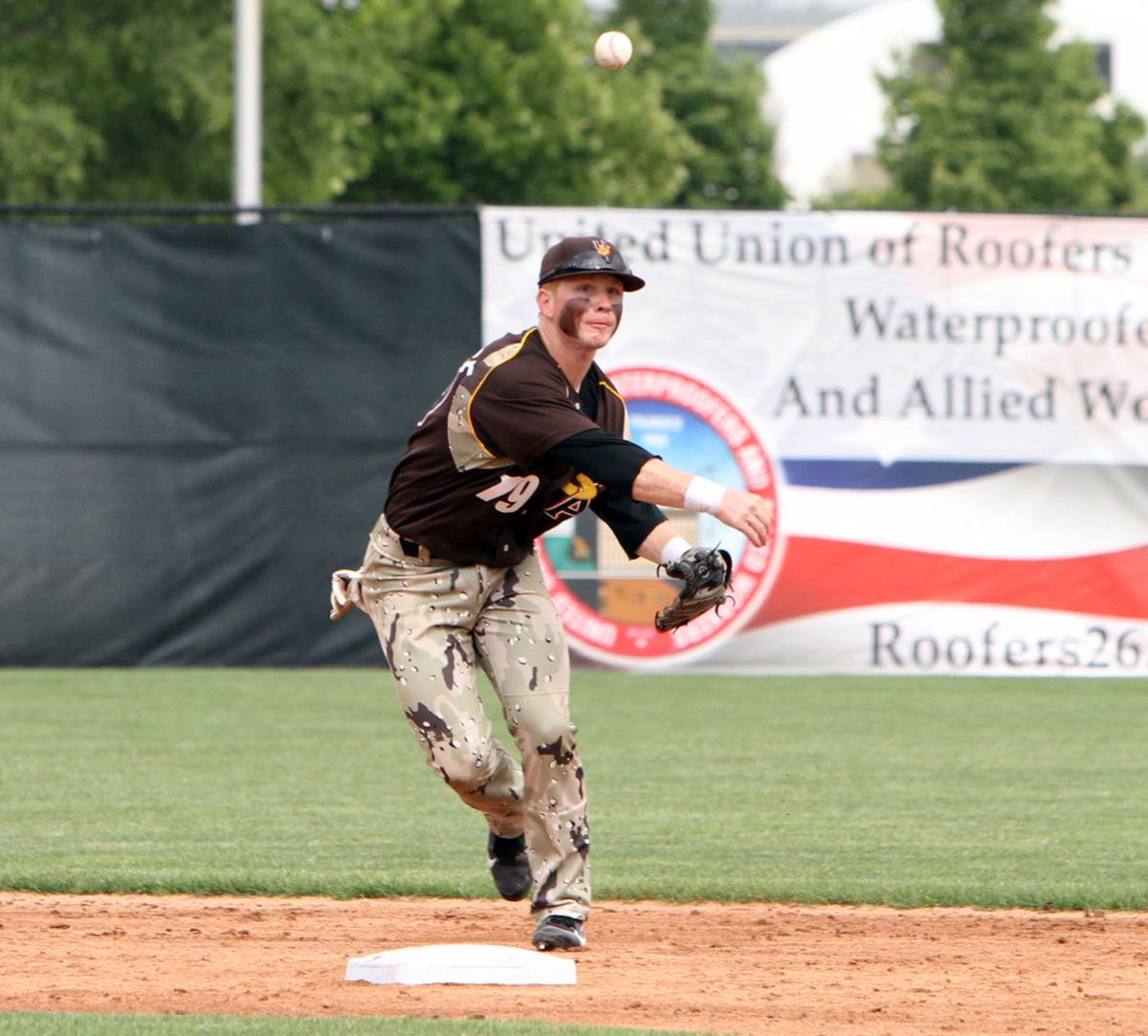 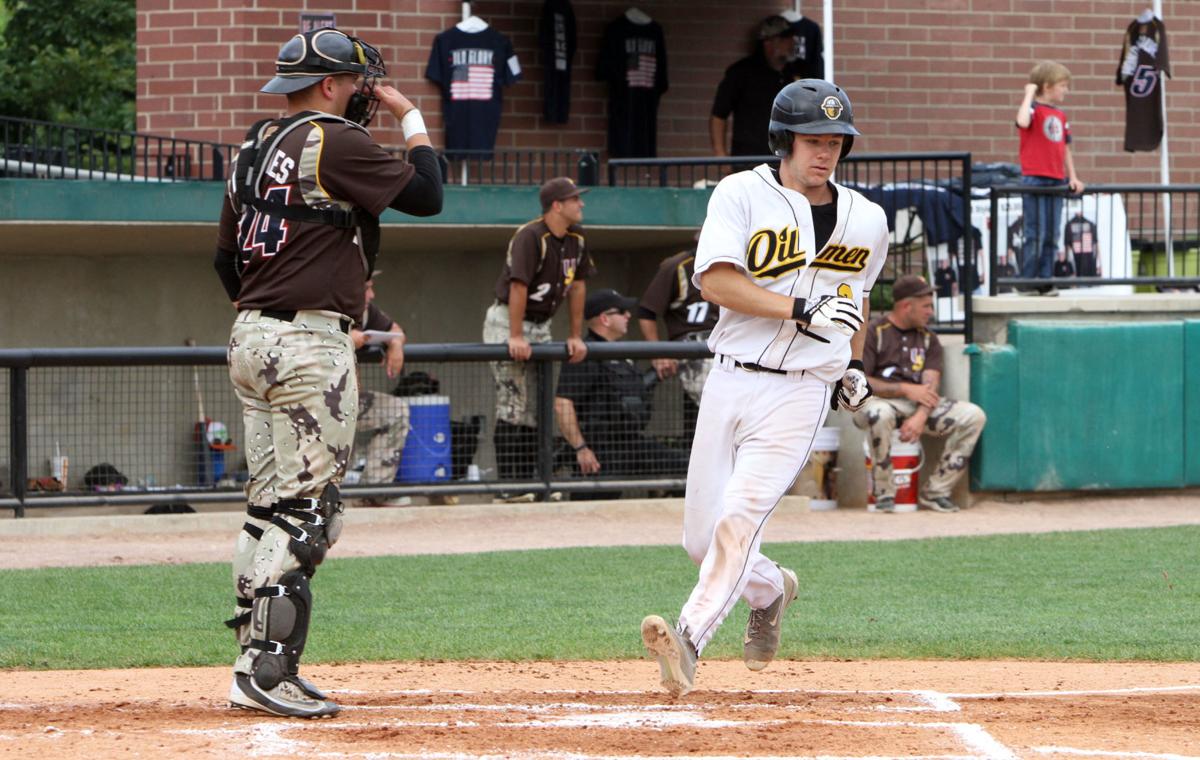 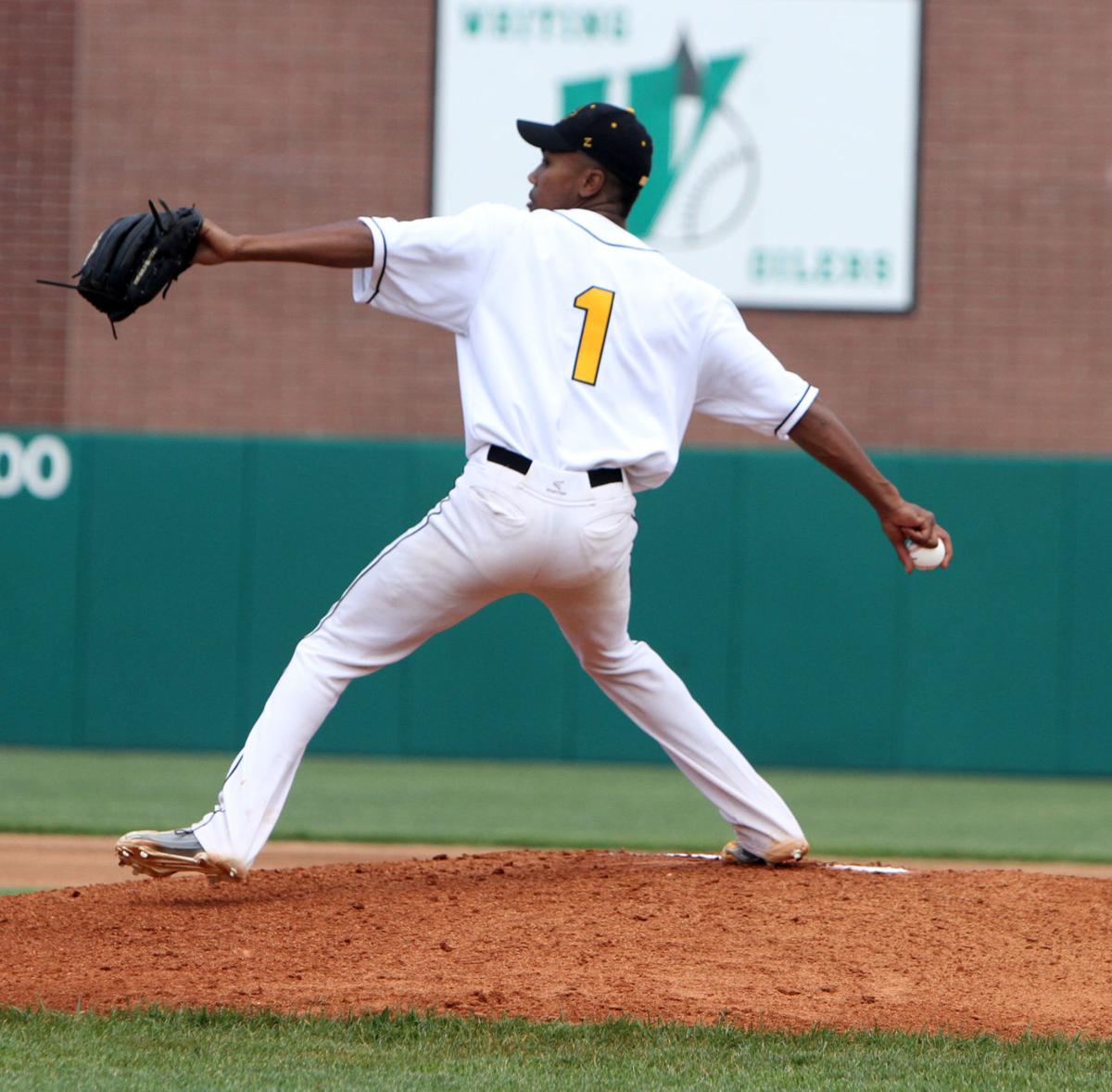 WHITING — Full count, two outs and the bases loaded — a scenario any baseball player dreams of delivering in.

Stepping up to the plate was Ryan Robb with his team trailing 3-1, and for these military members, pressure situations in a baseball game are nothing compared to what some of them have been through. Robb delivered the bases-clearing double for his team, which consists of all active-duty servicemen, and the U.S. Military All-Stars beat the Oilmen 4-3 Monday afternoon at Oil City Stadium.

“There’s pressure obviously, but I’m going up there just trying to have a little fun,” Robb said. “I tried to have a good at-bat and did. I was taking until I got a strike, worked through it, battled a little bit, and got the pitch that I wanted and got a good swing on it. I’m glad it was fair because I thought it wasn’t going to be.”

“He was throwing lot of fastballs early on, and then he threw off-speed and people weren’t adjusting. In the ninth, we told ourselves to stay through the middle more and we put better swings on the ball.”

However, the score of the game was perhaps a footnote for the players taking part in this special exhibition. Ceremonies such as the “Passing of the Flag” and the “Walk of Honor” preceded the event, providing goosebumps to everyone in the ballpark.

“They bring more than just baseball to the park,” Oilmen manager Adam Enright said. “It’s pretty humbling to see what they do pregame and it kind of puts everything into perspective about what’s important and what’s really not as important as far as baseball is concerned. “It’s a very cool experience every time they’re here.”

Coming in having struggled during the regular season, Reggie Johnson took the bump for NWI and was excellent. An RBI double from Robb scored Lesean Thomas to put the All-Stars up 1-0 first inning as Johnson seemed to be heading down an all-too-familiar track.

Johnson would right the ship though, at one point retiring 22 straight batters. He pitched 8 2/3 innings, allowed just three hits while striking out eight.

“Everything was working,” Johnson said. “My fastball, slider, change-up and my curve were all working and anything I needed to throw, I could throw it. It was a good day, I didn’t start off well but then I found my command and composure and everything was good from there."

“It’s July 4th and it was a big crowd wanting to see some good baseball here today. I wanted to go out here and give everything I have and put my team in a winning position.”

The U.S. Military All-Stars chased Johnson before he could record the final out. With the bases loaded and the Oilmen nursing a 3-1 lead, James Whiteman entered the game looking for the save. Robb had other ideas though, as he roped a double off the wall in left to put the All-Stars in front 4-3.

“That’s a team full of good dudes and they didn’t stop fighting” Johnson said. “Unfortunately I couldn’t get that last out, but that’s baseball and that’s why I love the game. I’ll try and build off this performance.”

For guys like Robb, they truly just cherish getting the opportunity to continue playing the game they love. Robb was 2-for-4 with 4 RBIs and was named the game’s MVP. He is entering his junior year at the Air Force Academy, where he is an infielder for the Division-I Falcons.

With two outs in the bottom half of the first, Cory Krolikowski’s grounder found its way through the right side scoring Chase Dawson and Marshawn Taylor to give the Oilmen a 2-1 lead. Krolikowski and Taylor both had two hits.

In the eighth, Jordan Flint provided the third Oilmen run with an RBI single to drive in Chris Baker. Baker was 2-for-4 on the day.

WHITING — The 26th annual “Red, White and Blue Tour” has made its way to the Region.

'Take No Days Off' pays dividends for Oilmen's Fletcher, his friends

WHITING — There’s something to be said about running with the wrong group of friends.

Nisle finding his swing for Oilmen

WHITING — Baseball is a game of repetition, and that statement couldn’t ring more true for Alex Nisle.

A bases-clearing double with two outs in the ninth inning gave the U.S. Military All-Stars a 4-3 victory over the Oilmen Monday afternoon at O…

Opinion: Sean Payton's last season with the Saints was a success

Opinion: Sean Payton's last season with the Saints was a success