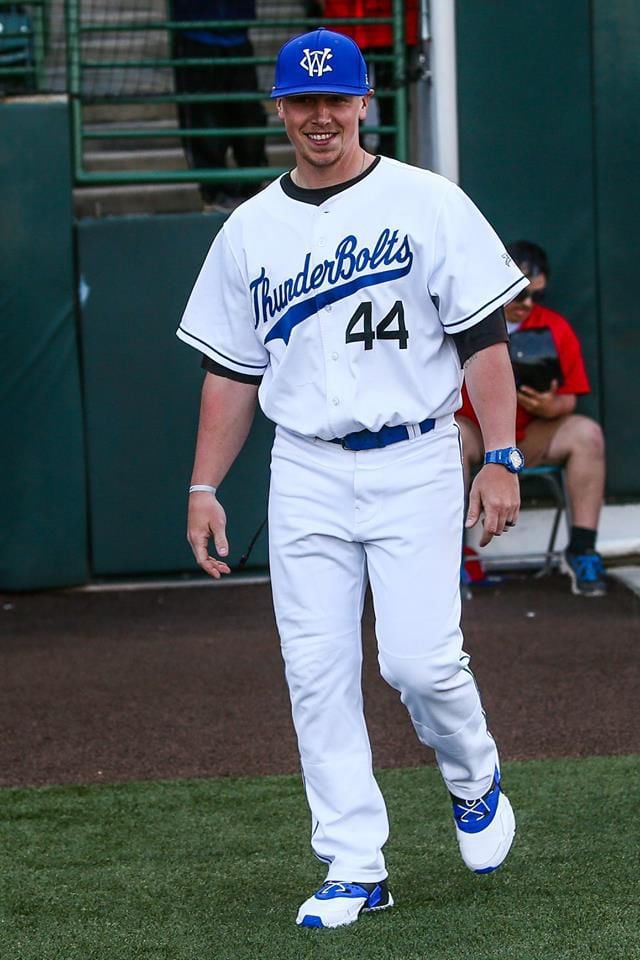 After spending the last two seasons coaching with the Windy City ThunderBolts of the Frontier League, St. John resident Devin DeYoung has been hired to coach in the Boston Red Sox minor league system. 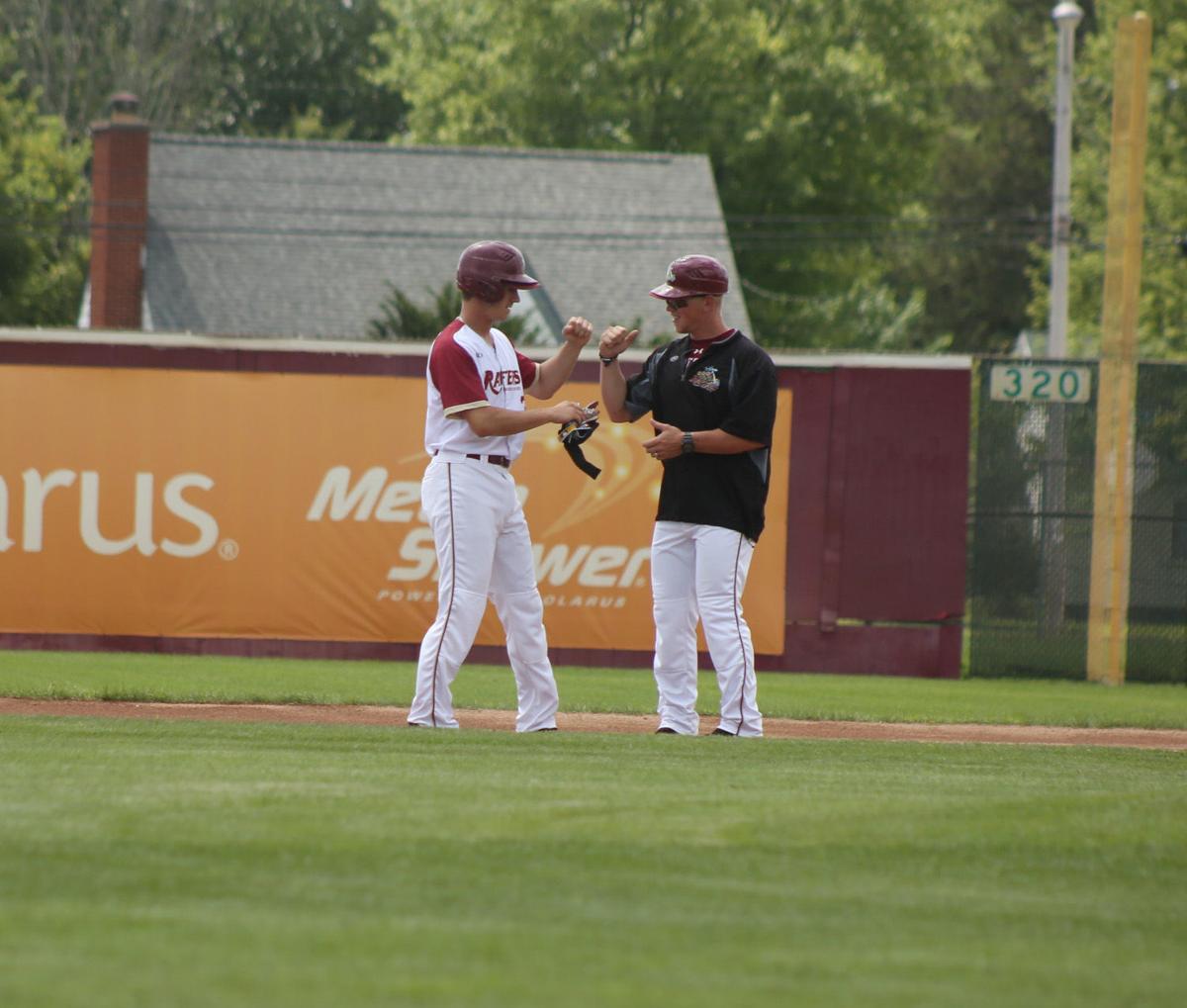 Devin DeYoung, right, was an assistant coach on the Wisconsin Rapids Rafters collegiate summer baseball team when it won the Northwoods League title in 2016. 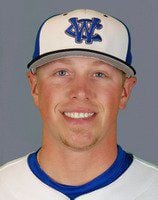 Ryan Fitzgerald, a minor leaguer in the Boston Red Sox system, was hanging around the ballpark one day when Boston minor league hitting coordinator Greg Norton and a member of the front office asked Fitzgerald what he thought of St. John resident Devin DeYoung, his de facto hitting coach.

“I was like, ‘Do it, you’re not going to regret it,’” said Fitzgerald, a Chicagoland native who previously spent a season with the Gary SouthShore RailCats. “I just kind of took him through what I’ve learned from him and I had a pretty good year last year so I think they believed me.”

After a months-long hiring process delayed by Boston’s run to the World Series title, DeYoung was brought in as an assistant hitting coach and primary catching coach for the Red Sox minor league system. He’ll head to Florida for spring training, then could be placed nearly anywhere in the Red Sox minor-league system, from the Double-A Portland (Maine) Sea Dogs to the Single-A Short Season Lowell (Massachusetts) Spinners.

“The past four seasons, I’ve coached at the independent level and this was the ultimate goal was to get with an affiliate,” DeYoung said. “Ever since I was a kid, I felt like this was what I was supposed to be doing.”

The Lake Central graduate felt that way as a teenager in Griffith, where he took hitting lessons from John Mallee, now the hitting coach of the Philadelphia Phillies, and Anthony Iapoce, now in the same role for the Chicago Cubs.

“These guys didn’t realize that, yeah, I was learning the swing from them, but I was also paying attention to how they communicated with me and how they coached me,” DeYoung said. “They have no idea that at 13 to 18 years old, I was paying attention to them and learning their craft and trying to figure out whether I wanted to do that or not, and ultimately I looked up to these guys and said that’s who I want to be.”

Fitzgerald said he was blown away at a clinic DeYoung held a year ago.

“It was actually funny because I was at this clinic thinking I was going to be teaching the kids and I felt like I was learning more about my swing than I was teaching,” Fitzgerald said. “He really understands the sequencing of hitting and how to generate and create an efficient swing to get you the most power with as little movement as possible. I’ve never had in any hitting coach in all my years, in my youth, I never had a coach that understood the swing like he does.”

DeYoung's energy and unselfishness quickly became apparent to Craig Noto, manager of the Wisconsin Rapids Rafters. DeYoung served as a hitting, catching and outfield coach in 2016 with the Rafters, who play in a collegiate wood bat summer league. It also proved instructional for DeYoung.

He learned lessons about letting players be, which was critical given the Rafters played 76 games in 81 days.

“He did come in with the energy to kind of want to attack a problem, which is great, but you got to be very careful of a player’s mindset,” Noto said. “At the end of the day, to help them as players, really the most important thing you can do is sit back and watch them and let them come to you.”

The Rafters won the Northwoods League title that summer and ranked second in the league during the regular season in on-base plus slugging percentage.

During two subsequent years with the Windy City Thunderbolts — a Crestwood, Illinois, professional team that plays in the Frontier League — DeYoung worked on new ways to chart pitches with the understanding that “it’s my job to show these guys reality,” helping them realize when, for example, they were chasing breaking balls or letting fastballs fly by.

“If you’re going to be in the game in this day and age, you need to be a data-oriented coach,” Noto said. “The way players train now, they’re constantly used to getting data and feedback, like immediate feedback, and if you’re not constantly evolving and thinking of things and coming up with different ways to maybe do the same thing with a guy, you get left behind in the game.”

Far from getting left behind, DeYoung not only landed his desired job in affiliated baseball, but is headed to the Red Sox, an organization he labeled as a particularly good fit.

“I really like the history of baseball and I love being in old ballparks and feeling like you go back in time,” DeYoung said. “On top of that, just the conversations I’ve had, I haven’t disagreed with anything that I’d heard, so I feel very comfortable with the organization and I’m really excited to get to work and learn from these guys.”

Many boys dream of growing up to be a professional baseball player.

After spending the last two seasons coaching with the Windy City ThunderBolts of the Frontier League, St. John resident Devin DeYoung has been hired to coach in the Boston Red Sox minor league system.

Devin DeYoung, right, was an assistant coach on the Wisconsin Rapids Rafters collegiate summer baseball team when it won the Northwoods League title in 2016.