MIKE CLARK: Decades after his playing career ended, Ron Kittle is still a crowd pleaser
Share this
1 of 3 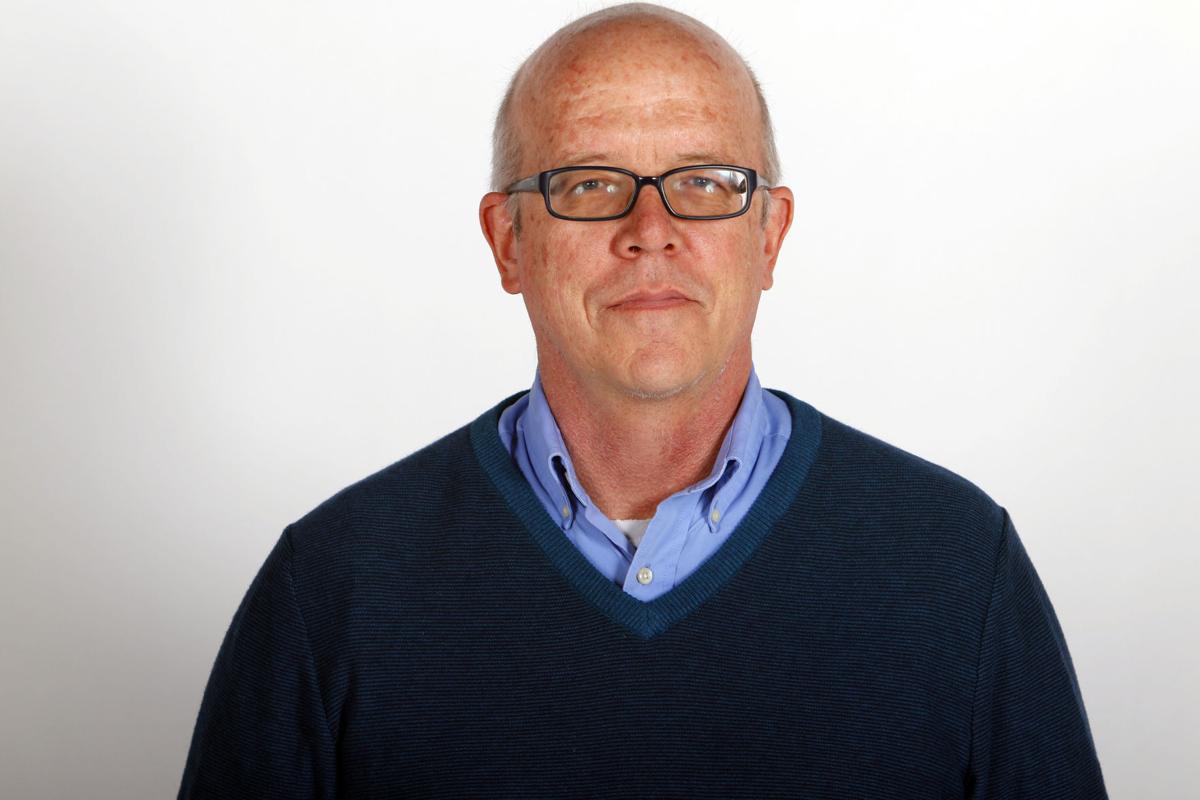 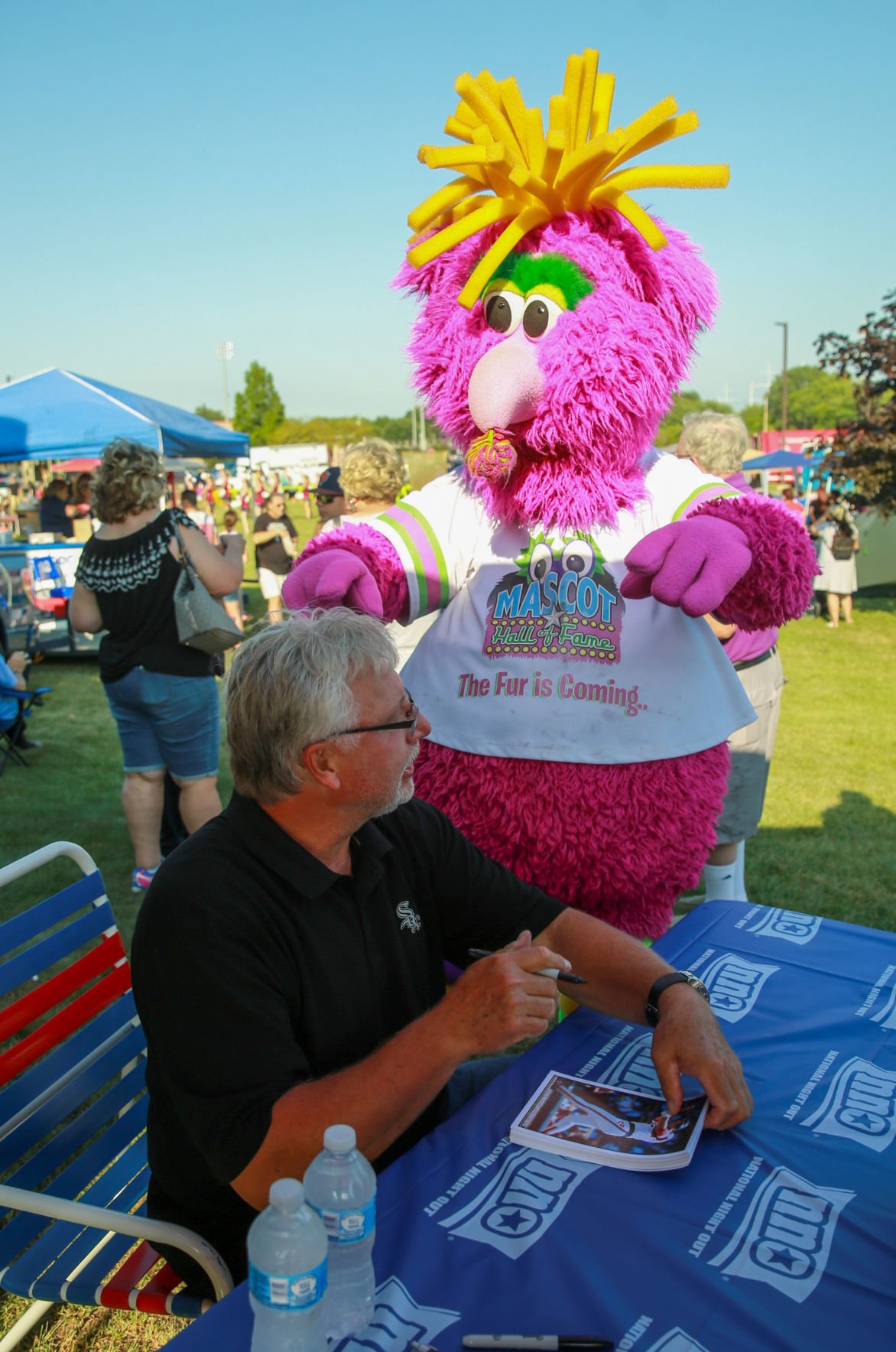 Former Major League Baseball player and Gary native Ron Kittle gets a visit from the Mascot Hall of Fame's mascot, Reggy, at Tuesday's Night Out Against Crime in Munster. 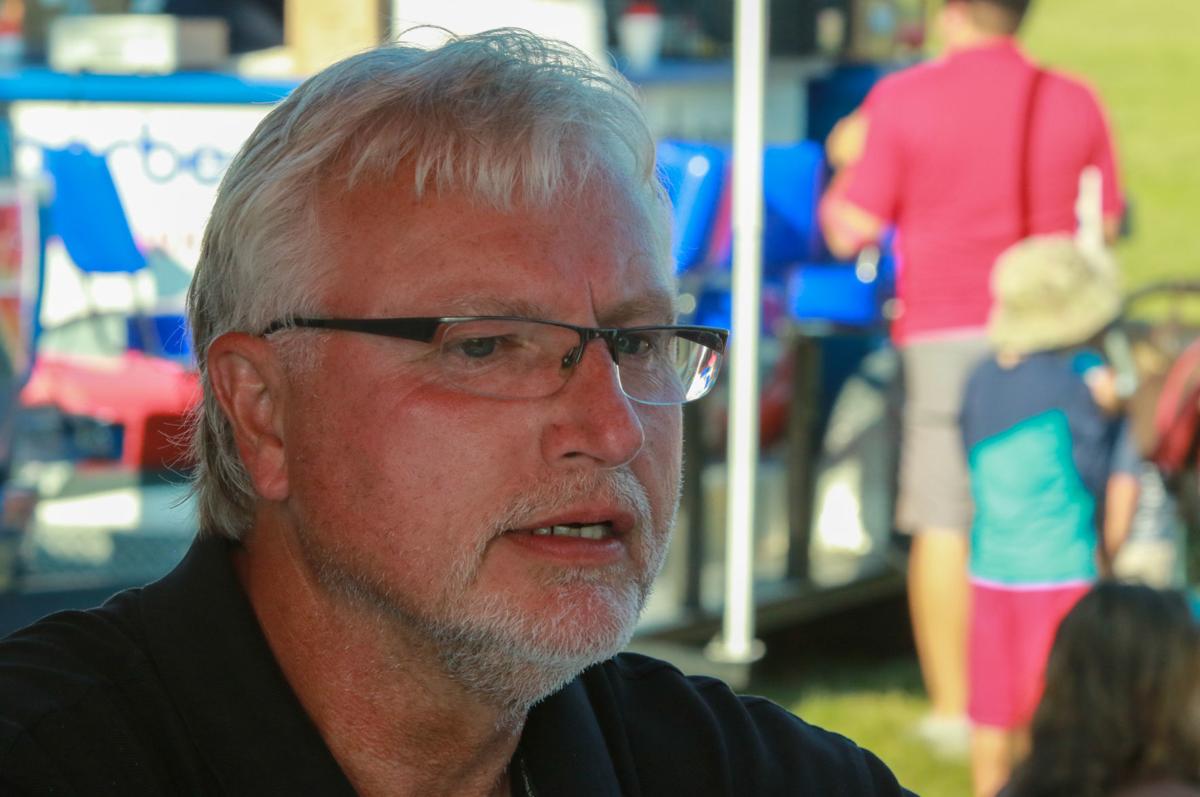 Ron Kittle remembers when my hair wasn't gray, and when I had more of it.

He told me that Tuesday evening at Munster's Community Park during his a meet-and-greet at a National Night Out event.

The kidding was vintage Kittle. Now 61, he still acts like the happy-go-lucky kid from Gary's Aetna neighborhood who became a folk hero when Bill Veeck plucked him out of the steel mills to play for the White Sox almost 40 years ago.

"I'm not changed," he said, and you don't have to take his or my word for it.

Wally Bracich, who was the athletic director and also coached at Wirt during Kittle's days there in the 1970s, was one of the folks who stopped by to chat and get an autograph on Tuesday.

"He was pretty much like he is today," Bracich said. "Ron was always up, you never saw him down. He never pouted, I don't care what the score was."

That sunny approach to life was on display Tuesday. Kittle was supposed to be available for autographs for an hour, but fans kept lining up and he wasn't going to turn anyone away.

He seemed delighted to see memorabilia from his glory days, including that magical summer of 1983 when he was voted the American League Rookie of the Year and made the All-Star team. And he kidded the fans who were brave enough to wear Cubs gear in his presence.

Kittle is a people person. You see this not only when he has these meet-ups with fans, but when you consider his long history of charity work. He used to host an annual golf tournament fundraiser. Now his Ron Kittle Charities is gearing up for the third annual Kitty and Friends Cigar Social scheduled for 5:30 p.m. on Monday, Sept. 9 at the ChiSox Bar and Grill across the street from Guaranteed Rate Field.

"Jerry Reinsdorf, our owner, smokes cigars," Kittle said. "If you want him to get involved in a charity, you've got to have a cigar event. We're going to honor Harold Baines, we're going to smoke cigars ... (and) eat good food for charity."

Kittle has raised money for good causes in a variety of ways; one of them grew out of his hobby of making furniture out of baseball equipment like bats and bases.

"I've always fiddled with stuff like that," Kittle said. "I was really a perfectionist at everything I did from cutting grass to building something. The idea came that if I saw something, I could build it and make it better. It kind of grew into a little business."

The first baseball bat bench Kittle built was auctioned off for charity, netting $18,000.

"I said, 'Well, maybe I've got something to follow up on,'" Kittle said. "You never know how long baseball is going to last.

"I've made those benches, humidors — it's just become a fun hobby."

Kittle's time in baseball as a player lasted 10 years, some of which were pretty good. He hit 35 homers and drove in 100 runs in his Rookie of the Year season, then slugged 58 more home runs over the next two seasons en route to a career total of 176.

These days, besides his charity work and personal appearances, he works with the Sox as an ambassador. He's bullish on the team's prospects as it rebuilds.

"They had to do it," Kittle said. "A couple guys they relied on, the veterans, just didn't pan out. So you've got to go out there and shoot yourself in the foot, take a beating. But we've taken less of a beating than the other teams (that went through rebuilds). The Cubs and Houston, they were losing 109 games a year."

With youngsters like Eloy Jimenez and Yoan Moncada joining a core group including Tim Anderson, Lucas Giolito and Jose Abreu, Kittle sees a bright future on the South Side.

And it should come as no surprise that the Sox player he likes the most is a guy with an equally effervescent personality: fun-loving infielder Yolmer Sanchez.

Sox fans have been saying that about Kittle for more than 35 years.

What sports are most affected by weather?

What sports are most affected by weather?

White Sox manager Tony La Russa and outfielder Tim Anderson were both ejected by plate umpire John Libka in the opening game of this interleague series between division leaders.

One day after announcing he was stepping away from baseball, Yermín Mercedes was back with the Chicago White Sox's Triple-A affiliate.

While the Astros have played well against baseball's best teams, the White Sox dropped to 16-25 against opponents that currently have a .500 or better record.

Lynn (10-3) allowed six hits, struck out six and walked none, outdueling Brandon Woodruff in a matchup of All-Star right-handers.

Former Major League Baseball player and Gary native Ron Kittle gets a visit from the Mascot Hall of Fame's mascot, Reggy, at Tuesday's Night Out Against Crime in Munster.