The swap came ahead of the Major League Baseball trade deadline Friday at 4 p.m. Earlier in the day, the Yankees announced they had gotten All-Star slugger Joey Gallo from Texas.

Rizzo is batting .248 with 14 home runs and 40 RBIs. The 31-year-old had been a fixture at Wrigley Field for a decade, and helped the Cubs break their long World Series drought with a championship in 2016.

Popular in the clubhouse and with Cubs fans, Rizzo didn't play in a 7-4 loss at home to Cincinnati on Thursday. The three-time All-Star and four-time Gold Glove winner is making $16.5 million this year and can become a free agent after the season.

New York is fourth in the AL wild-card chase for two spots. The Yankees lost 14-0 at Tampa Bay on Thursday.

The Cubs have been in a prolonged slide that dropped them below .500, prompting speculation they would trade some of their stars.

The Yankees sent right-hander Alexander Vizcaíno and outfielder Kevin Alcántara to the Cubs.

Both Rizzo and Gallo are both left-handed hitters, which the Yankees had seeking to add to a lineup that was predominantly right-handed — not a good mix at Yankee Stadium, with its short porch in right field.

The Yankees had been using a mix at first base this year with DJ LeMahieu getting a lot of time. Luke Voit led the majors in home runs last year during the pandemic-shortened season, but the big first baseman has been injured for much of the year.

The 24-year-old Vizcaíno was a highly ranked prospect in the Yankees' system. He pitched six times this year in the low minors after starting the season on the injured list.

The 19-year-old Alcántara hit .360 in eight games this year for the Florida Complex League Yankees. 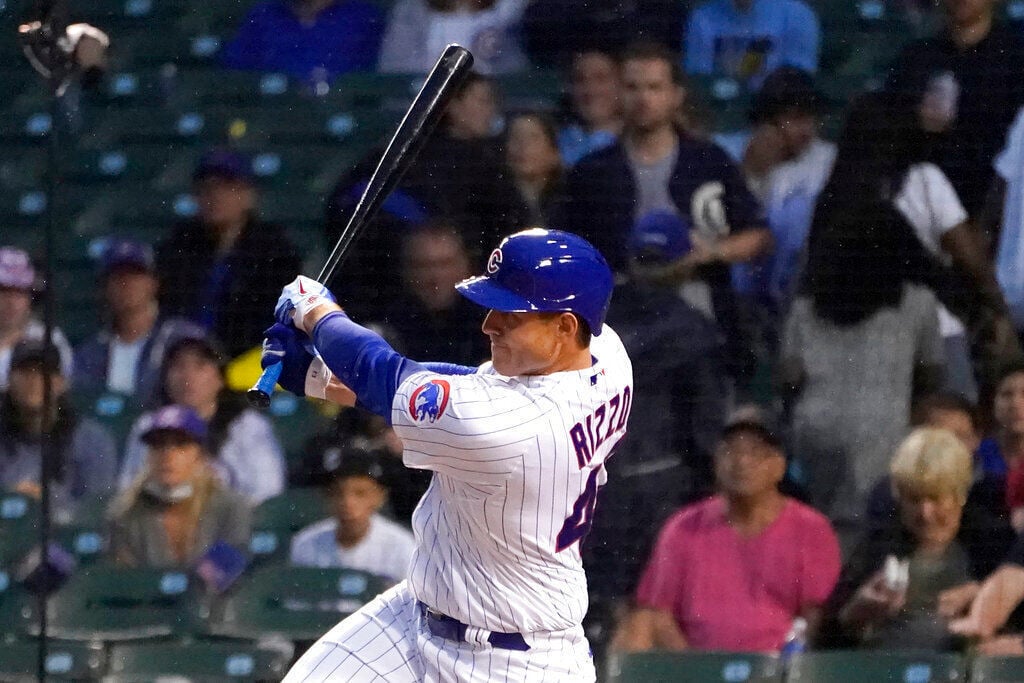 Chicago Cubs' Anthony Rizzo was traded to the New York Yankees on Thursday. 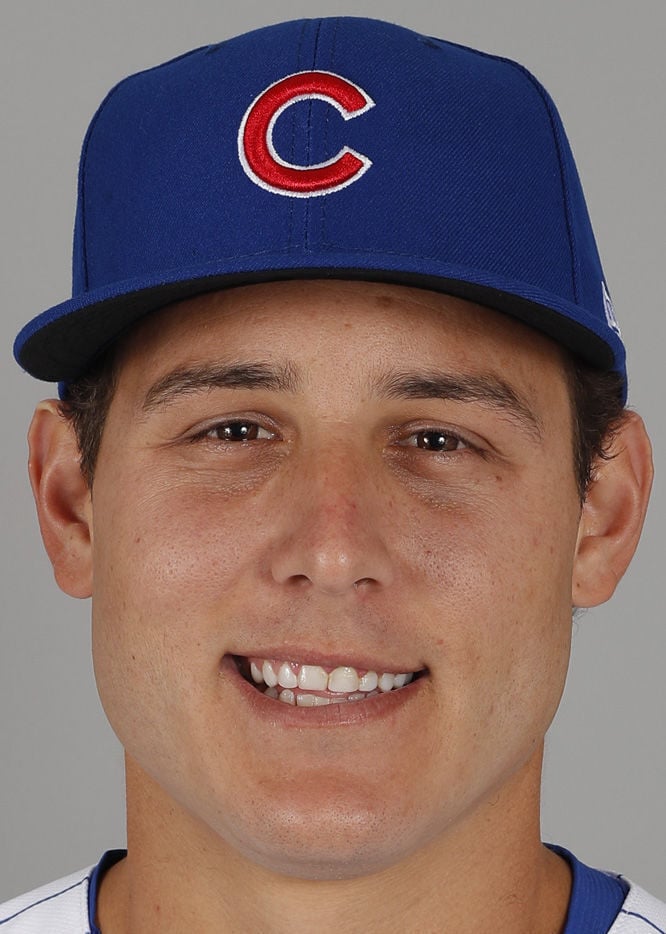