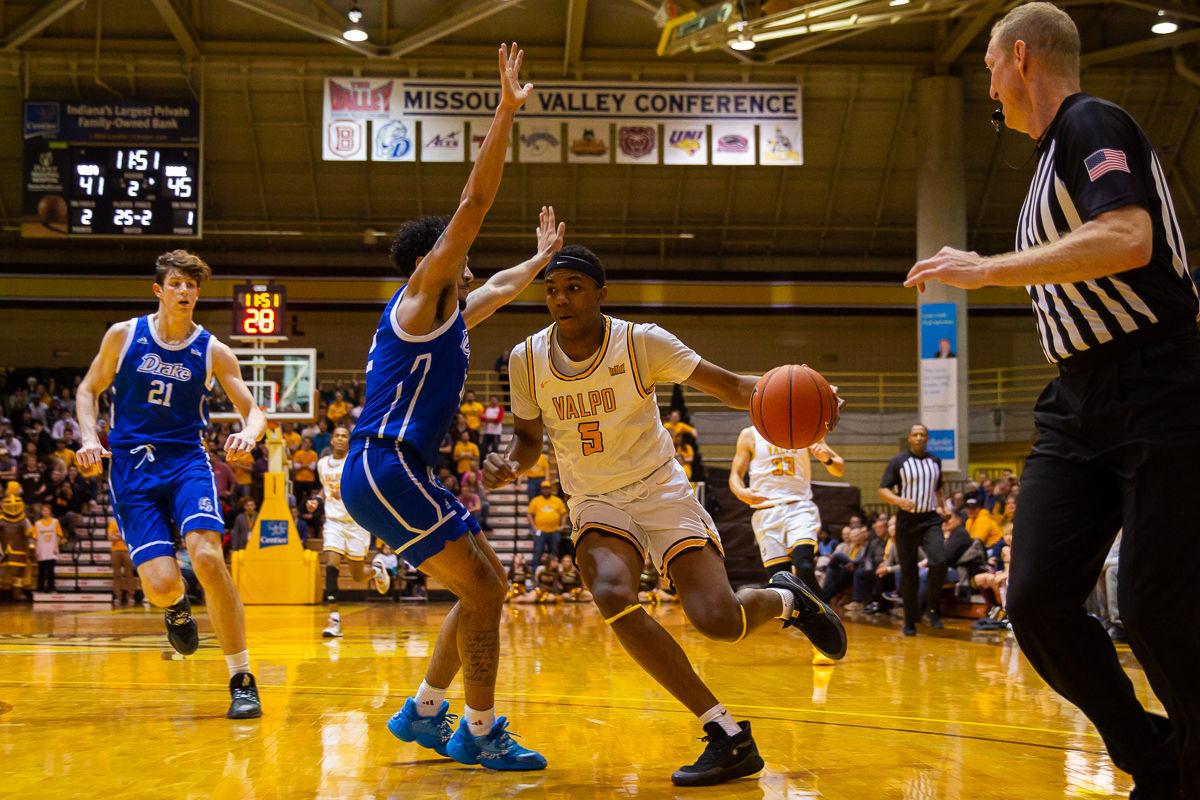 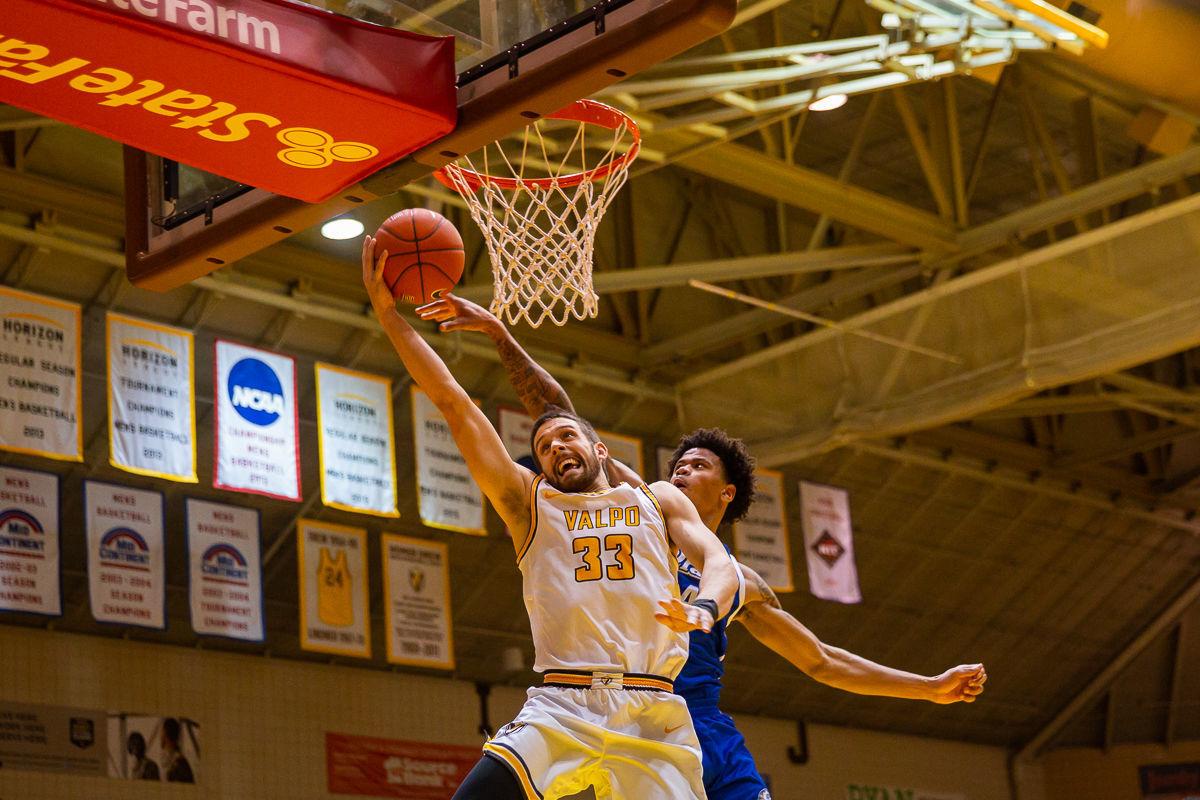 Valparaiso's John Kiser (33) goes up for a shot against Drake on Saturday.

Valparaiso's John Kiser (33) goes up for a shot against Drake on Saturday.

VALPARAISO — When Valparaiso’s go-to play for end-of-game scenarios was covered up by Drake, John Kiser had to improvise.

The senior threw up a prayer and Javon Freeman-Liberty sprinted toward the ball to help preserve a key victory on Saturday afternoon.

With the Bulldogs snuffing out Valparaiso’s “home run play,” Kiser launched the ball to the other end of the floor with the hopes of someone tracking down the ball. If the Crusaders got to it, great. If Drake got to it, then the Bulldogs were on the other end of the floor with less than five seconds to go. Holding the ball and getting called for a five-second violation would’ve been the worst-case scenario.

Freeman-Liberty tracked the ball from the moment it was in the air and the sophomore beat two Drake defenders to the spot, getting fouled in the process and icing Valparaiso’s 66-61 win over the Bulldogs with a pair of free throws.

“I got to four seconds in my head and I was hoping someone would chase it down so they wouldn’t get it back on our end of the floor,” Kiser said. “Luckily (Freeman-Liberty) did that. He’s been saying he’s a great football player."

“When I saw John launch, I just took off and the ball was right there,” Freeman-Liberty added.

Freeman-Liberty’s two free throws capped a wild Missouri Valley Conference affair in which every break seemingly went Valparaiso’s way. The Crusaders got to the charity stripe 20 times compared to just four for the Bulldogs. Valparaiso shot less than 30 percent in the first half and just 33.3 percent for the game, but Drake missed 18 of its 20 3-point attempts.

“That’s a very talented team that we beat,” Valparaiso coach Matt Lottich said. “It took us a while to get going offensively. We were able to generate foul shots and that’s something we’ve been harping on in practice. We hit some crucial ones down the stretch.”

Donovan Clay led the Crusaders (9-8, 2-2) with 18 points and the freshman was 7-for-7 from the free-throw line, including four makes in the final 76 seconds as Valparaiso closed out the game by scoring the final six points from the charity stripe.

“Two out of the last three games, foul shots have won us the game,” Lottich said.

Kiser followed up his nine-point, nine-rebound performance against Southern Illinois with another quality effort. The senior had eight points and three steals while hitting a key go-ahead 3-pointer with three minutes left that gave the Crusaders their first lead of the second half. Drake led by as many as seven points with 6:44 remaining.

“We just had to get back to us,” Kiser said of last week’s disappointing loss to Southern Illinois. “(That game) was not us at all. Not really scoring, giving up easy buckets. Just kind of getting back to who we are; playing at a pace and an intensity that we’re going to win.”

Stay tuned in to the latest hit TV shows and more directly from your inbox.