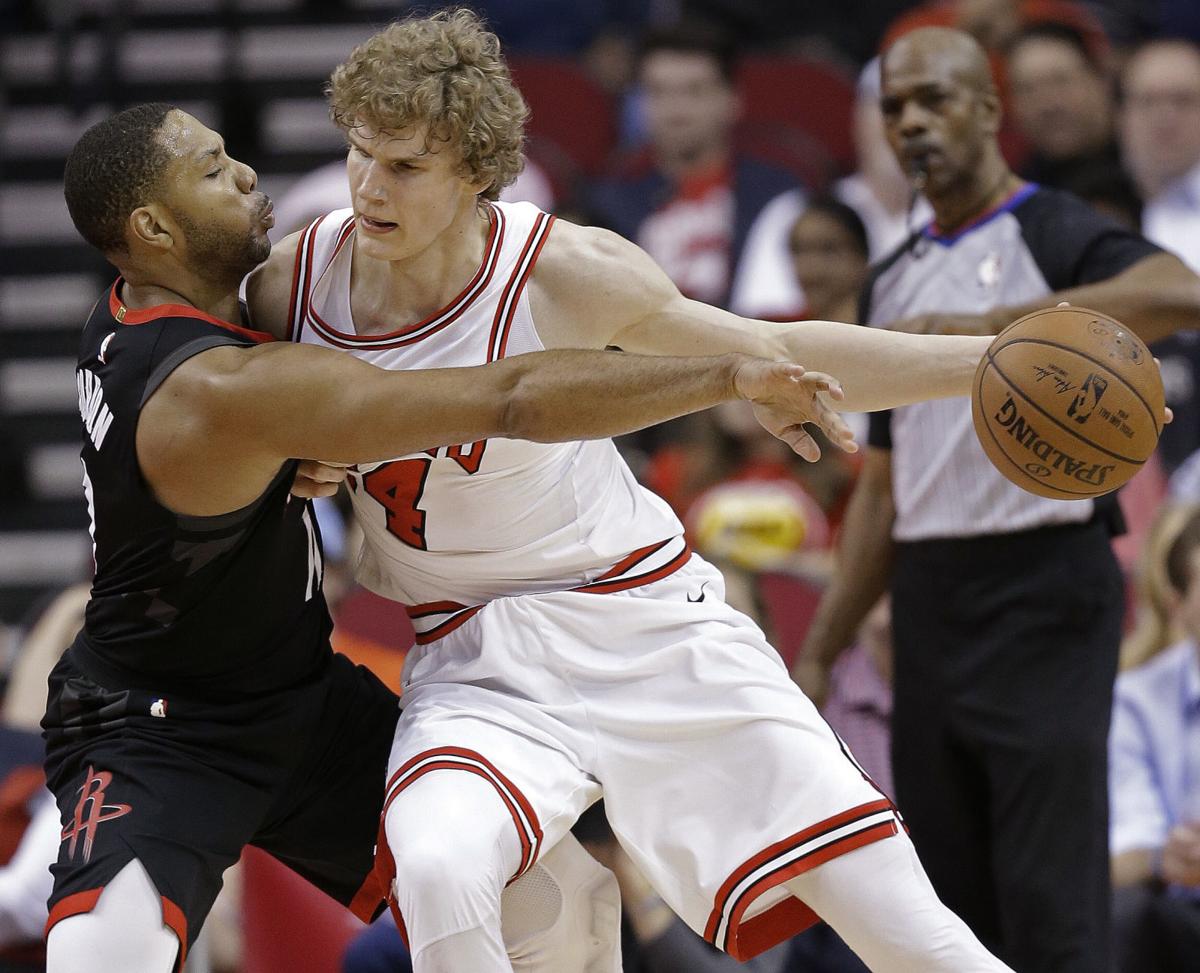 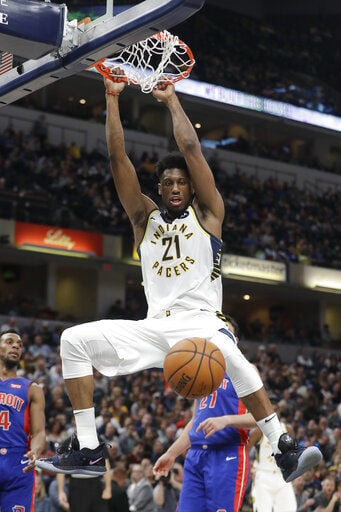 The Bulls signed former Pacers forward Thaddeus Young (21) to a three-year contract over the offseason.

CHICAGO — The way John Paxson sees it, the Bulls are ready to contend for a playoff spot.

The team's top basketball executive made that clear Monday as the Bulls reported for their first training camp under coach Jim Boylen.

"We think we can compete," Paxson said. "And when you compete at a high level, you have the ability to be a playoff-caliber team. We set that as a goal."

They insist it's a possibility coming off an injury-riddled season in which they posted one of the worst records in franchise history at 22-60.

That will hinge largely on promising core players Lauri Markkanen, Zach LaVine, Otto Porter Jr. and Wendell Carter Jr. staying healthy and taking their games to a higher level. The Bulls also believe they set themselves up for bigger things with the moves they made in the offseason.

They signed veteran forward Thaddeus Young to a $41 million, three-year contract. They also gave point guard Kris Dunn some competition after he took a step back last season, drafting Coby White with the No. 7 overall pick and bringing in Tomás Satoranský.

They insist they're deeper, more versatile and ready for bigger things.

"It's not a lot of pressure because we expect ourselves to go to that level," LaVine said. "We worked extremely hard."

Here are some things to know with the Bulls starting practices:

Boylen finally gets to put his stamp on a team right from the start.

The longtime NBA assistant got his first head coaching job in the league when Fred Hoiberg was fired with Chicago at 5-19 last year. Boylen got off to a rocky start with his players before things smoothed over and guided the Bulls to a 17-41 record the rest of the way. He then got a contract extension even though he was signed through this season.

Boylen would like to see the team play faster. He's challenging LaVine and Markkanen to become better defenders. And he wants Markkanen to be a more consistent rebounder after he averaged nine per game to go with 18.7 points.

Markkanen said the heart problem that kept him out of the final two weeks last season is fine and there is "no reason to look back at it."

Carter said he is completely healed after a left thumb injury cut short his promising rookie season. The No. 7 pick in 2018, he 10.3 points and seven rebounds in 44 games. The 6-10 Carter also had surgery in July to repair an abdominal muscle injury.

Paxson said Denzel Valentine is also ready after missing last season due to reconstructive left ankle surgery. He also said forward Chandler Hutchinson (hamstring) will be out "for a little bit" and the same goes for forward Luke Kornet (turf toe).

The Bulls will host the All-Star game for the first time since 1988, when Michael Jordan took off from the foul line to win an epic dunk contest and put on an MVP performance in the game.

The slam dunk champion in 2015 and 2016 as a member of the Minnesota Timberwolves, LaVine indicated he will participate in the contest if his legs are right. A bigger goal is making his first All-Star team.

"I had an All-Star caliber season," said LaVine, who averaged a career-high 23.7 points in 63 games. "But I didn't (experience) that because we didn't win. ... I think everything comes with winning. I want that to be more important."

Dunn seems to be taking the point guard competition in stride. The Bulls were looking for an upgrade after he went from averaging 13.4 points to 11.3 in 46 games.

"Just focus on leading the team," he said. "Me personally, just keep a good mindset to try to improve my game."

"We have some guys who (are) at a time in their careers where they have to step up. And that's Zach. That's Lauri. That's Otto. ... I think we have people around them, complements to them, that are gonna help this team a lot."— Paxson.

The Bulls signed former Pacers forward Thaddeus Young (21) to a three-year contract over the offseason.