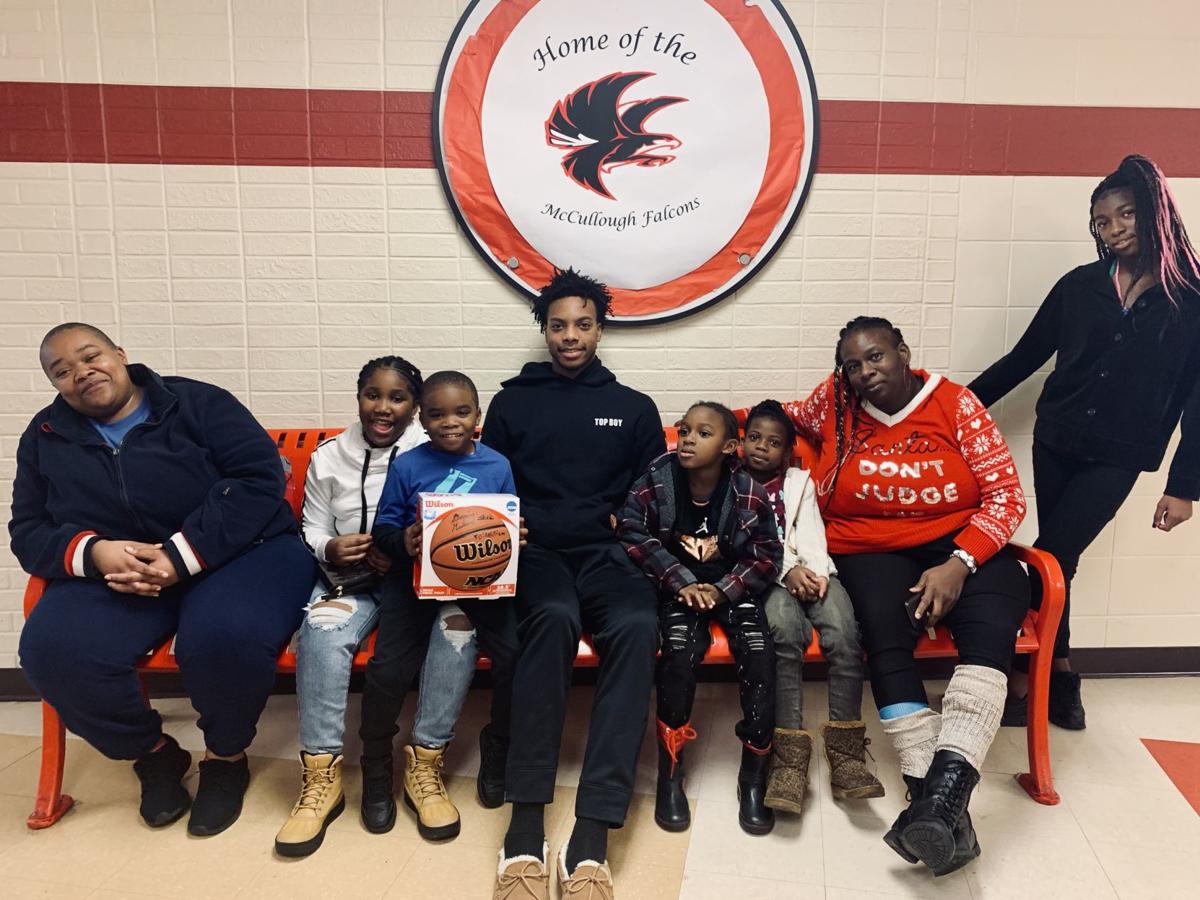 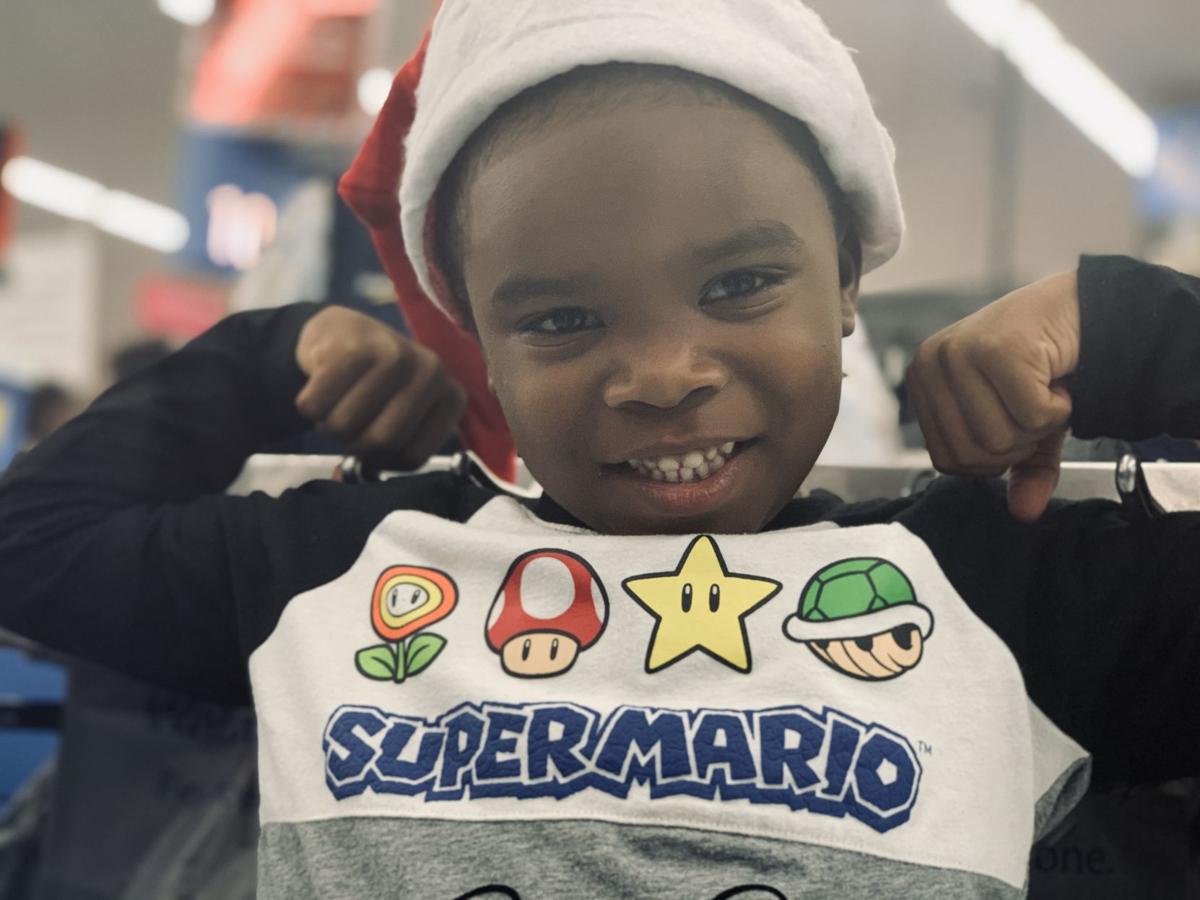 William Cousinard, 5, was thrilled to go on a Christmas shopping spree at Walmart on Dec. 9, courtesy of NBA guard and Gary native Darius Garland. 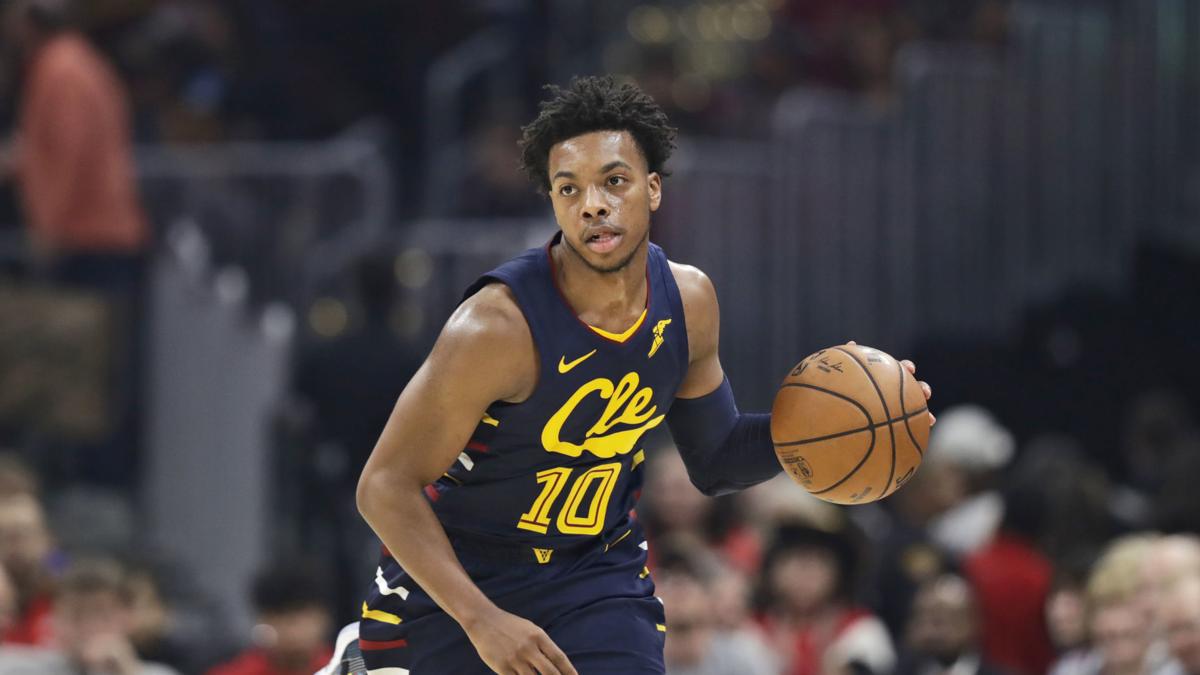 It’s Christmas Eve and William Cousinard is being quizzed by his mother, Kyla D. Smith.

“What team does Darius play for?” Smith asks.

William ponders the question, then admits he can’t remember.

“I don’t know. I keep forgetting,” the 5-year-old says with his eyebrows curled up in deep thought.

All three of them are sitting on a bench at Frankie McCullough Academy in Gary, awaiting Cavaliers rookie and Gary native Darius Garland. On Dec. 9, Garland paid for them and another family at the school to go on Christmas shopping sprees at Walmart.

The 19-year-old couldn’t be there on the day of the event because he had a game in Boston, but vowed to meet both families before the holiday season was over.

One day after scoring 21 points in a 121-118 victory over the Hawks, Garland made good on his promise with a four-hour drive from Cleveland to Gary. He strolled into Frankie McCullough Academy just after 2 p.m. wearing a black hoodie, black sweatpants and brown moccasins.

A few moments after his arrival, Cousinard had one question for the first NBA player he’s ever met.

“Excuse me Mr. Darius, would you sign my basketball?”

Cousinard got the basketball during his shopping spree and was delighted to finally have Garland autograph it for him. Even though he struggled to remember the rookie’s name, Garland didn’t mind. He complimented Couisnard on his haircut and posed for a couple pictures with him and both families.

“I knew I was coming back for Christmas, so I wanted to do something for the community in Gary,” said Darius Garland, whose father, Winston, also played in the NBA. “I had a lot of people help set (the shopping sprees) up, and I’m glad that it was executed really well and they’re happy. It’s cool just to put a smile on their face.”

There wasn’t a lot of commotion, and Garland didn’t stay long. In fact, the discreet gathering was just how he wanted it.

No fanfare, no recognition and no spotlight.

I watched as Garland interacted with those he assisted during the holiday season, laughing and smiling, and it was hard to remember that he’s only 19.

He has his whole career ahead of him. But in his first NBA season, Garland has already used his platform to uplift other kids in his hometown.

“Gary is home, so it’s cool giving back to the people and things that I came up on,” Garland said. “A lot of people think I’m from Nashville, so I like to give back to the city that I’m actually from.”

Garland moved from Gary to Tennessee when he was in middle school and became a star basketball player at Brentwood Academy. During his prep career, he won four state championships and was a three-time Tennessee Mr. Basketball winner before earning a scholarship to Vanderbilt.

In his one season with the Commodores, Garland was limited to just five games due to a meniscus injury in his left knee. After an abrupt end to his freshman campaign in 2018, he said this year turned out to be one of the best of his life.

The Gary native was selected by the Cavaliers with the fifth pick in the 2019 NBA Draft and has started in all 31 games this season. While reflecting on his journey to the NBA, Garland expressed a lot of gratitude toward all of the people who helped him turn his dream into reality.

She has known Garland since he was a child and understands that his hometown holds a special place in his heart. She said the 19-year-old is already inspiring the next generation and that his quick visit at the school was just as important as the gifts he helped buy — especially for the vibrant little boy he was able to meet.

“William is standing out to me,” McKinley said. “When William gets older. I think this will have a big impact on whatever he does because he’s going to remember that somebody from Gary came back when he was in kindergarten and took care of him.”

While I wasn’t as star struck as William, I was just as humbled to meet Garland, who falls right in line with other Region athletes I’ve encountered.

All of these men could’ve moved on.

But as they travel the world accomplishing their goals, it’s clear that the Region will always be home.

Gallery: 50 famous athletes from the Region

This column solely represents the writer's opinion. Reach him at james.boyd@nwi.com

JEFFERSON CITY, Mo. (AP) — Missouri's top lawyer has appealed a judge's decision to throw out burglary and assault convictions against a man whose case has been championed by WNBA star Maya Moore.

MINNEAPOLIS (AP) — Minnesota center Daniel Oturu said Monday he is declaring for the NBA draft after leading the Big Ten in rebounding and blocked shots as a sophomore.

Trevor May has been preparing for this.

BOSTON (AP) — Celtics coach Brad Stevens can only remember leaving his home on a few occasions over the past two weeks.

Jeff Sheppard works as a financial planner now, more than two decades removed from the time he helped Kentucky win the NCAA Tournament.

William Cousinard, 5, was thrilled to go on a Christmas shopping spree at Walmart on Dec. 9, courtesy of NBA guard and Gary native Darius Garland.