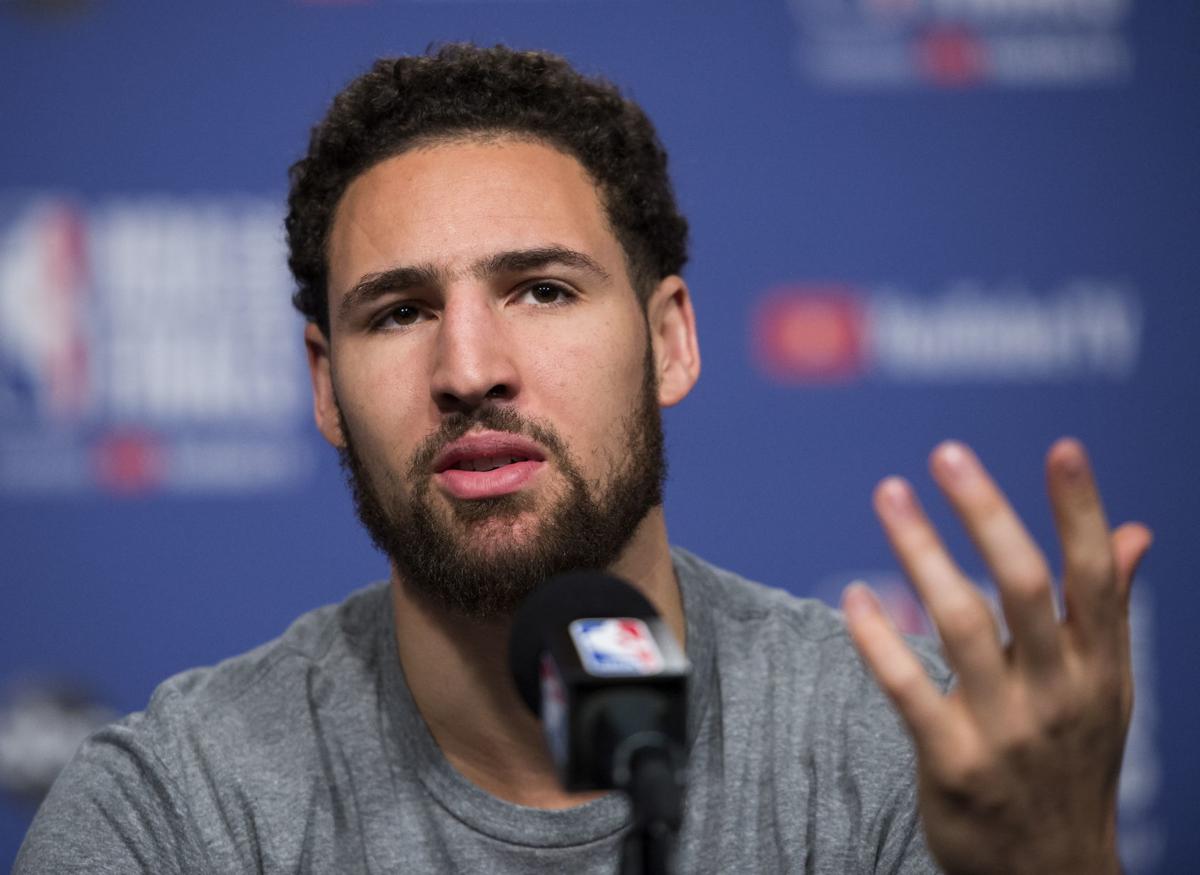 Warriors guard Klay Thompson says he will stay with Golden State on a five-year, $190 million contract, meaning the five-time reigning Western Conference champions have their 'Splash Brothers' backcourt of Thompson and Stephen Curry locked up long-term. 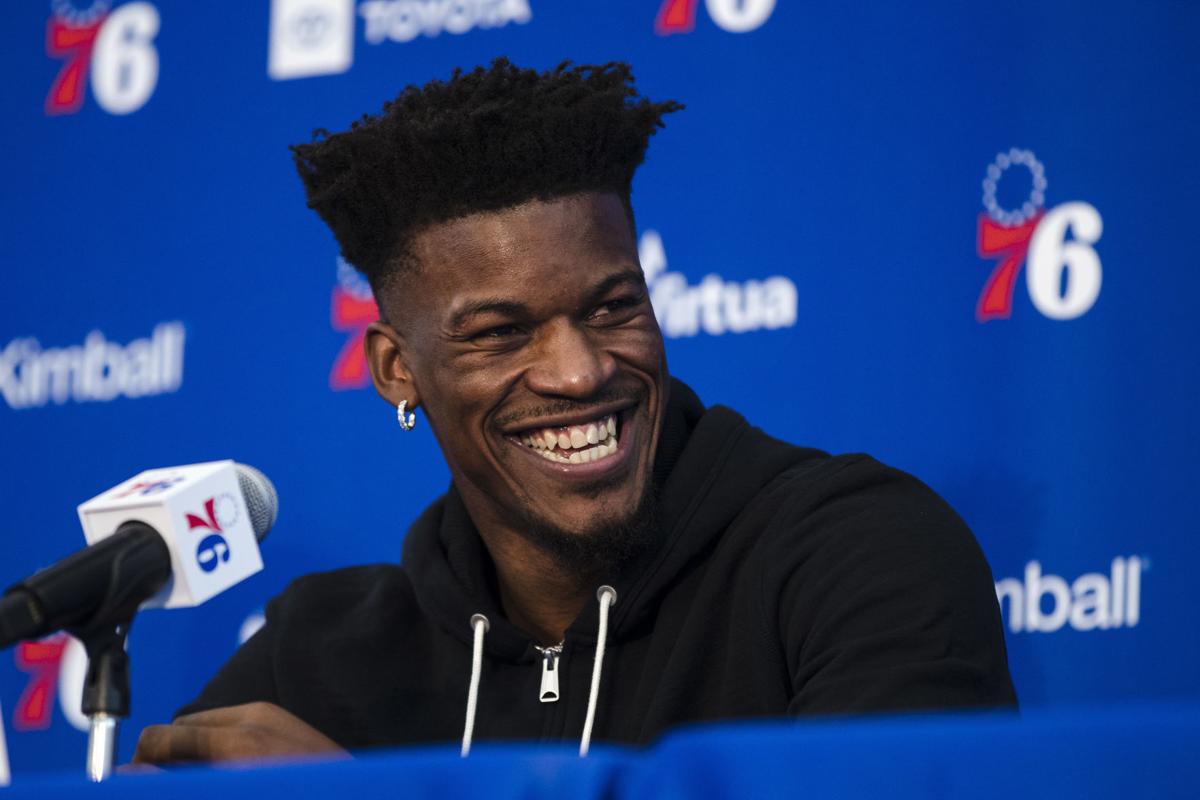 Jimmy Butler has been traded to the Miami Heat in a four-player trade with the 76ers, Los Angeles Clippers and Portland Trail Blazers.

And the wait continues for Kawhi Leonard.

Thompson announced his decision to stay with the Golden State Warriors for $190 million over the next five years, meaning the five-time reigning Western Conference champions have their 'Splash Brothers' backcourt of Thompson and Stephen Curry locked up long-term. Thompson made the announcement on social media, using the hashtag "Warrior4life."

He added, "there was never a doubt."

There's still plenty of doubt about Kawhi Leonard's next stop. The first 24 hours of free agency have come and gone without a peep from the NBA Finals MVP, who is expected to meet with the Toronto Raptors — the team he led to this past season's NBA title — as early as today. The Los Angeles Lakers also appear to remain squarely in the race to land him to play alongside LeBron James and Anthony Davis.

But there is no more doubt about Butler's future.

The Heat completed agreements on what will become a four-team trade Monday to land Butler from the Philadelphia 76ers, with the Los Angeles Clippers and Portland Trail Blazers also involved. Miami gets Butler and Meyers Leonard, the Blazers receive Hassan Whiteside, the Clippers get Moe Harkless and a future first-round pick and the 76ers get Josh Richardson.

Miami had agreed to send Whiteside to Portland for Harkless and Meyers Leonard earlier in the day, and then essentially got absorbed into the deal to get Butler — who will be under contract for $142 million over the next four seasons. The Heat had the framework of a three-team deal with the 76ers and Dallas nearly in place Sunday before the Mavericks went a different way.

"Anybody got kawhi number??" Harkless wrote on Twitter after he was headed to the Clippers in that four-team deal.

Tomas Satoransky, formerly of the Washington Wizards, agreed to a sign-and-trade deal to head to Chicago. In return, the Wizards will receive draft pick compensation.

Kyrie Irving made his move to the Brooklyn Nets on a four-year deal believed to be worth $141 million official, with the New York native saying the lure of going home was too strong to ignore.

"Home is where my family is," Irving said in a video posted by his new representation, Roc Sports. "Home is where I want my legacy to continue. And I'm happy to be in Brooklyn."

Irving had been with the Boston Celtics. His replacement in next season's Celtics lineup will be Kemba Walker, who explained his decision to leave Charlotte for Boston in an essay published Monday by The Players Tribune.

"I feel like it's a match made in heaven," Walker wrote. "I want to win here, badly — and I'm excited to prove myself as that type of player in this league. I want to elevate myself into that Boston winning tradition. I want to get this team back on top."

"He always represented the Hornets, the NBA and the city of Charlotte with class — both on the court and in the community — and we are disappointed he is leaving," Jordan said. "He's a special player, with a tremendous heart and tireless work ethic. Kemba is truly one of the best to ever play for our team. We wish him and his family all the best in the future."

Enes Kanter is coming back to the Eastern Conference, joining Walker and the Celtics.

Kanter's manager, Hank Fetic, wrote on Twitter that Kanter had agreed to two-year deal with Boston, with the second-year being a player option. The Athletic reported that the deal would pay Kanter $10 million.

The New York Knicks missed out on players like Irving and Kevin Durant — who is also headed to Brooklyn — but continued the retooling of their roster by adding guards Elfrid Payton and Wayne Ellington. New York will become Ellington's ninth team in 11 seasons.

And Seth Curry is returning to Dallas. The Mavericks agreed to a four-year, $32 million contract with the younger Curry, who spent last season with Portland. He played for the Mavs during the 2016-17 season, averaging a career-high 12.8 points per game.

Johnson: Clippers owner Sterling "has to lose the team hopefully."

Johnson: Clippers owner Sterling "has to lose the team hopefully."

Warriors guard Klay Thompson says he will stay with Golden State on a five-year, $190 million contract, meaning the five-time reigning Western Conference champions have their 'Splash Brothers' backcourt of Thompson and Stephen Curry locked up long-term.

Jimmy Butler has been traded to the Miami Heat in a four-player trade with the 76ers, Los Angeles Clippers and Portland Trail Blazers.