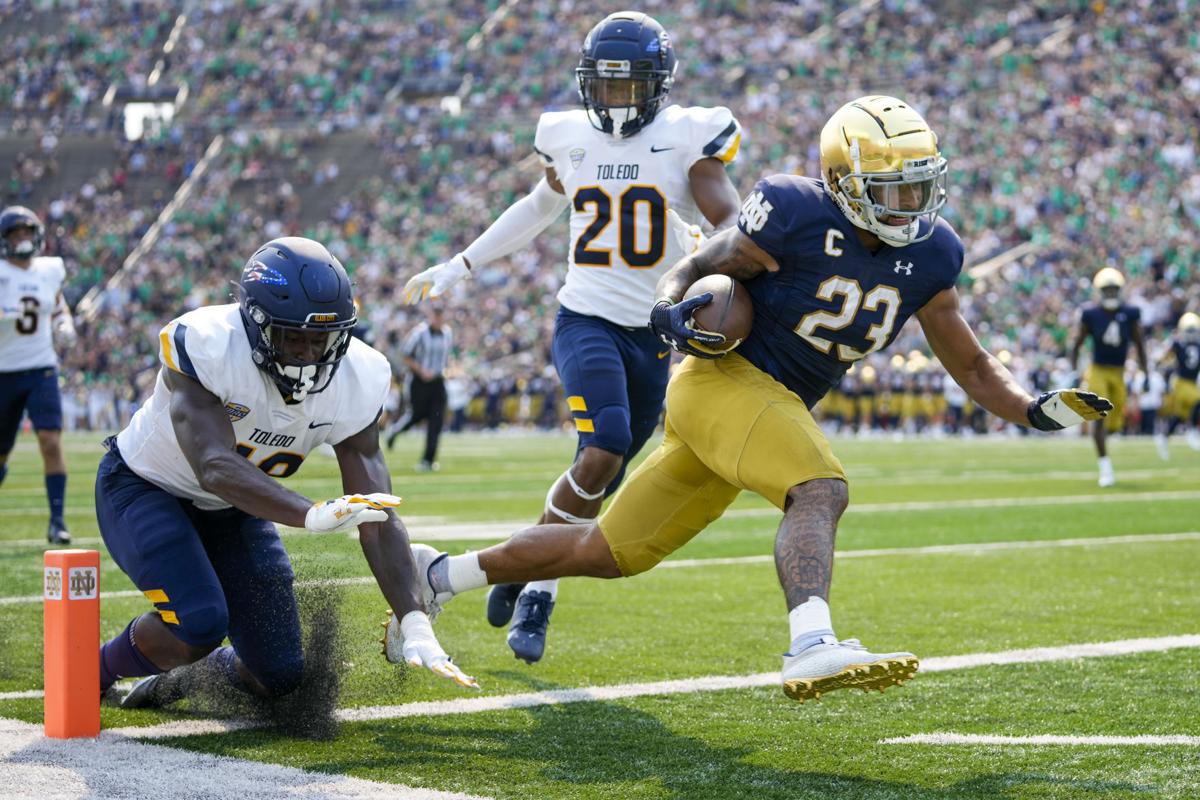 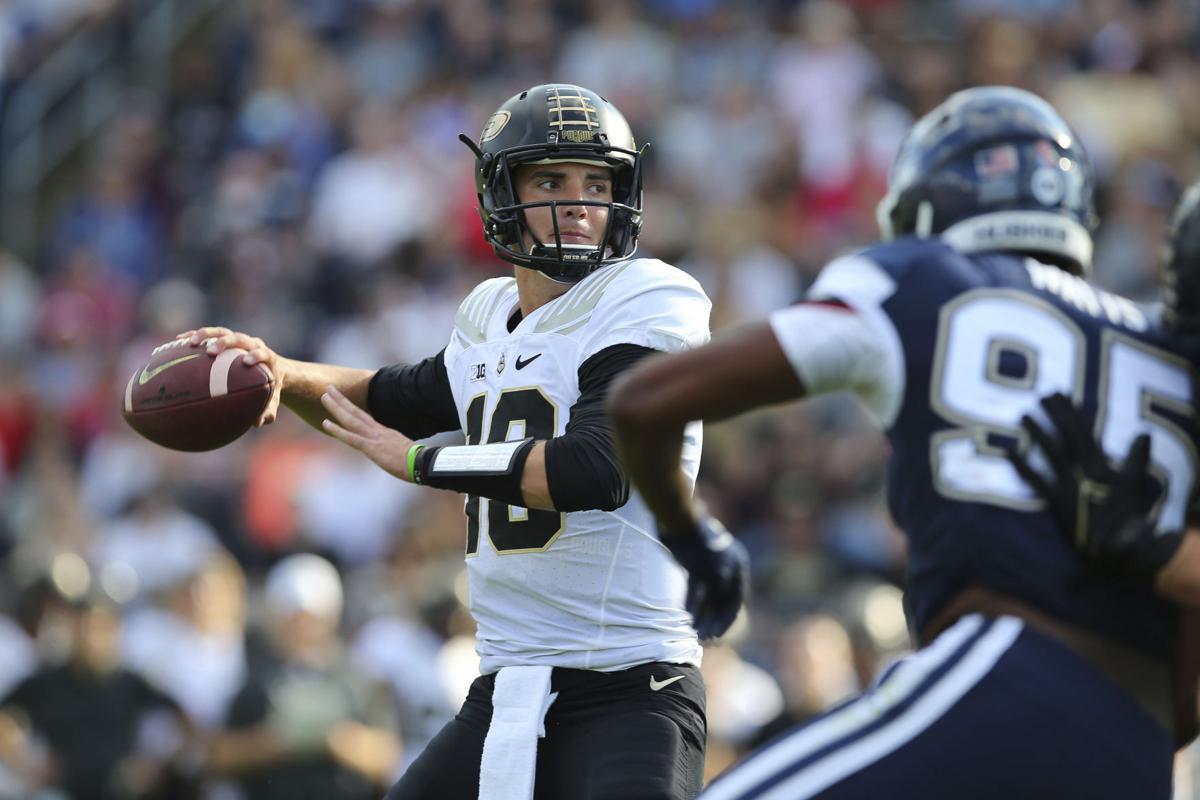 Purdue quarterback Jack Plummer (13) throws a touchdown pass during the first half of Saturday's game against Connecticut.

SOUTH BEND — Brian Kelly knows that his Notre Dame team is a work in progress as the 12th-ranked Fighting Irish prepare for Saturday's visit from Purdue.

After escaping Florida State with a 41-38 overtime victory on the road to open the season, the Irish showed little improvement during a 32-29 comeback victory at home over Toledo. It has some wondering if Notre Dame is ripe to be picked off by Purdue, a longtime foe it hasn't faced since 2014.

"One is to put your players in a position where they're not making mistakes … keep it simple so they can play fast and free," he said Monday. "The second thing is to get players on the field that are fresh so we don't have guys that are fatigued and making mental mistakes."

Notre Dame's rebuilding offensive line, despite the presence of preseason All-Americans in center Jarrett Patterson and guard Cain Madden, has struggled to consistently open holes for Kyren Williams and Chris Tyree. It also has not protected quarterback Jack Coan, who has been sacked 10 times in the first two games and Saturday had two first-half turnovers that led to 10 Toledo points.

Coan did overcome a dislocated finger on his passing hand to throw the winning 18-yard TD pass to tight end Michael Mayer with 1:09 left. When he has had time, Coan has completed 69% of his passes for 605 yards and six touchdowns. The Irish also used true freshman quarterback Tyler Buchner, who ran for 68 yards.

Still, Notre Dame has just 197 yards rushing and is averaging 2.7 yards per carry.

The Irish surrendered an 89-yard touchdown run and a 60-yard TD pass at Florida State, while Toledo had a 66-yard pass play and a 67-yard run that led to 10 points. Take away the four big plays and the Irish defense, led by linebacker JD Bertrand and free safety Kyle Hamilton, is yielding just 3.8 yards per play.

Purdue coach Jeff Brohm has a 2-0 team that has won its first two games by a combined score of 79-21, including a 49-0 rout at UConn last weekend. But he is cautious about reading too much into that going into Saturday's game.

"They've had to work for the last two wins, which actually from their standpoint really is a good thing because it gives them a chance to see the few things they need to work on to get better, but they found a way to win," Brohm said. "That's what winning football teams do. There have been a couple other top-10 teams in the country that haven't been able to do that the last week or two, and they have, so give credit to them for pulling out victories. Very talented team, and we've got our hands full."

Despite being wary of Purdue's combination of quarterback Jack Plummer (73.8% passing for 558 yards and six touchdowns) and wide receiver David Bell (14 receptions, 255 yards, three TDs), Kelly isn't giving up on his team.

"We have to coach better, and they have to play better," Kelly said. "I don't think there's anybody in the building walking around going, 'This is the best 2-0 football team we've ever had before.' There's no panic. We got to get better."

Chesterton's Ethan Schlyer forced overtime when he pushed a ball into the net off a deflection with 31 seconds left in regulation. Both teams were ranked in the top 10 in the Class 3A coaches poll.

Lake Station coach Jason Wolfe was just happy to find a game last week for his team after Bishop Noll had to cancel due to players in quarantine.

Three quarterbacks have reached the 1,000-yard passing mark this season, one of whom is a sophomore.

Here's a look at some of the fall sports events that took place Friday, and late results from Thursday, Sept. 23.

“There’s a lot of times where she hits good shots because of her talent but there’s certain shots only certain people have. She has those shots."

Hobart rallied from three scores down to tie the game and set up the dramatic finish.

The junior right tackle is a key member of an offense averaging 45 points a game.

Andrean sophomore Trey Stephens delivers on both sides of ball

Trey Stephens is a mainstay on defense for Andrean, and against Highland he showed off his offensive potential with a 52-yard touchdown run.

Purdue quarterback Jack Plummer (13) throws a touchdown pass during the first half of Saturday's game against Connecticut.