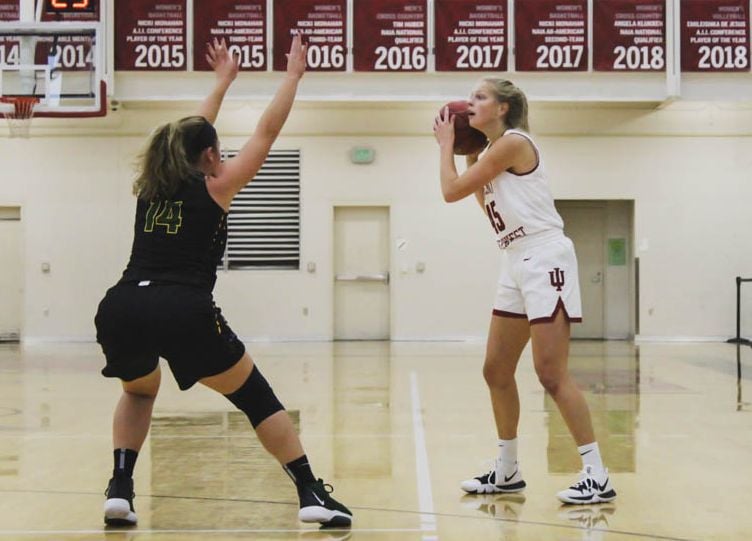 Michaela Schmidt is averaging 13.3 points and 5.2 rebounds per game for Indiana Northwest while shooting 52.8 percent from the field. The Highland grad starts for the RedHawks as a freshman. 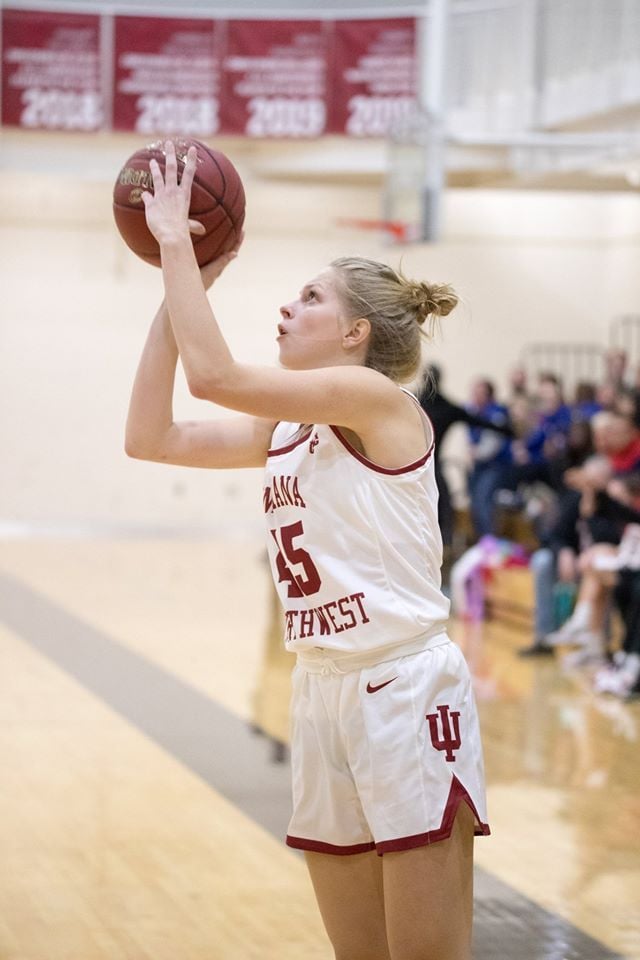 Michaela Schmidt is averaging 13.3 points per game for Indiana Northwest as a freshman.

Michaela Schmidt is averaging 13.3 points and 5.2 rebounds per game for Indiana Northwest while shooting 52.8 percent from the field. The Highland grad starts for the RedHawks as a freshman.

Michaela Schmidt is averaging 13.3 points per game for Indiana Northwest as a freshman.

Michaela Schmidt didn’t expect to be contributing this much to Indiana Northwest's women's basketball team so early in her freshman season.

She knew the RedHawks graduated 90 percent of their scoring when the four seniors departed after last year. So, an opportunity was there. But Schmidt didn’t expect to start in 15 of 17 games, be second on the team in minutes played or be averaging 13.3 points and 5.2 rebounds per game.

“(Coach Ryan Shelton) told me I’d get some minutes, if I worked hard and proved myself,” Schmidt said. “But I didn’t expect this at all.”

The Highland graduate is doing it all while maintaining a 4.0 grade-point average while studying to be a pediatric nurse.

She experienced working with kids doing mission work. That’s the sort of thing that makes Schmidt and her six freshman teammates the foundation of a rebuilding IUN program.

“It’s been frustrating and fun to coach these young players, because you’re not winning as much as you used to. They’re not only the basis for the future, but they also give us the best chance to win immediately,” Shelton said. “We go on the road, playing nationally ranked teams, and I have these interviews before games with opposing broadcasters. They all say ‘You guys are young but you have the best freshmen in the (Chicagoland Collegiate Athletic) Conference.’”

Shelton said he and his coaches don’t usually recruit players as early as their high school freshman and sophomore seasons. Schmidt was different because the RedHawks had a long relationship with she and her family.

“I’ve known Michaela since she was about eight or nine and coming to our basketball camps,” Shelton said. “Even when she was just in middle school, you could tell what a great kid she was, what a hard worker, the type of character person that she could grow up and potentially become, on top of just the skill level she had. Because we knew her from such a young age, I always thought it would be really cool if, 10 years later, we’d have the chance to recruit her.”

The skill-level portion of that assessment is already showing in Schmidt’s efficiency. She was leading the conference in field goal percentage on Jan. 7, shooting 52.8 percent, and had only turned the ball over 35 times in 459 minutes.

“I’m an analytical person. That’s just how my mind is wired. Percentages are important to me,” she said. “I pay attention to the things that will help the team.”

Schmidt’s also added a wrinkle to her game, hitting 60 percent of her 3-pointers (12-20). That’s two more treys than she made during her entire high school career. At Highland, she was primarily a center. But at 6-foot tall, she doesn’t quite have the size to be a college post.

“Some of the things that we’re asking her to do, she didn’t even know she was capable of,” Shelton said. “At that stretch four position, a lot of players that are guarding her don’t want to step out there. We knew that she had the ability to face up and knock down those shots.”

Schmidt’s put the work in, Shelton said. She regularly stays after practice to drill more or watch extra film.

Indiana Northwest lost three straight heading into Wednesday’s game with Holy Cross. Schmidt sent a text before the game to Shelton, asking what she could do to help the team win. She had eight points and six rebounds in a 64-52 victory.

“She’s the best teammate on our team, and we’ve got some good ones,” Shelton said. “If I have to coach effort and attitude every day for 15 players, we’re never going to win. That’s always been a part of our culture is that you have to control those two things every day. When you talk about someone who’s unselfish, a hard worker who you don’t have to ask to bring something to the table each and every day, that’s Michaela. She does all the little things.”