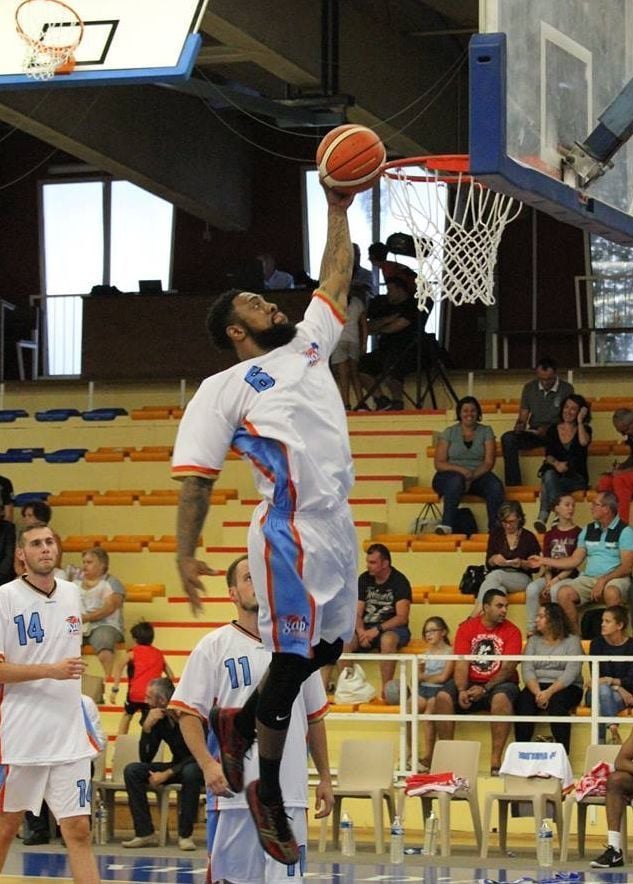 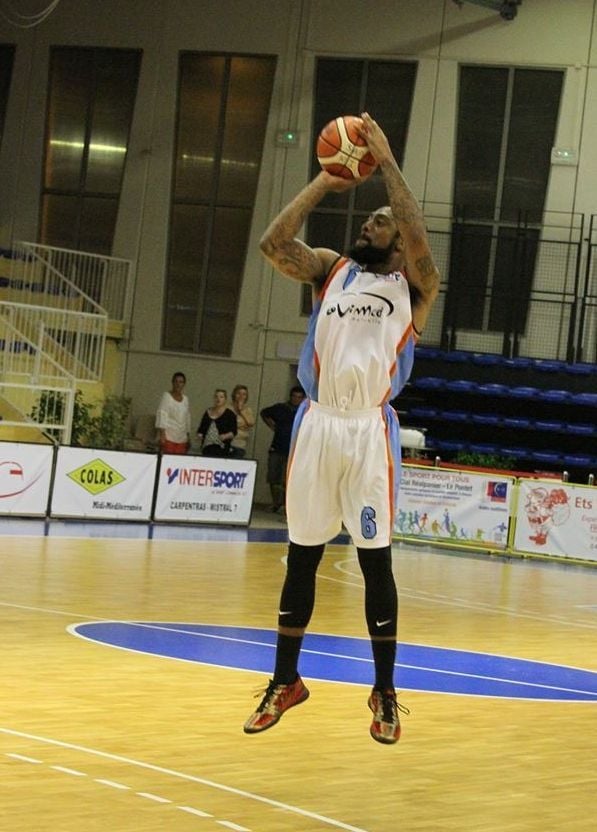 Aaron Abram remembers telling his dad about his dream of playing pro basketball.

It wasn't about playing in the NBA or on the Bulls, though that is usually any young player's dream growing up near Chicago.

"I was coming home from my brother's game and I told my dad my dream was to play in France," Abram said. "It's hard to believe, but it came true and I am loving it."

"It is giving me a chance to play pro ball and travel," Abram said. "This is just a lot of fun, but you remember you are a pro basketball player."

He lives in the south of France and said he is taking advantage of the cultural and geographical advantages.

"I swim in the Mediterranean Sea, I go to the beach almost every day," Abram said. "It is a different culture, but that is good to get to see different cultures and to learn about the customs."

He said he is trying to learn how to speak French in an effort to overcome the communication barrier.

"One good thing is that it seems like everyone over here speaks a little English and we have some guys on the team who can help us translate," Abram said. "The other thing is you are far away from home."

Abram said he also enjoys the rich foods, but on a limited basis.

"The food is great, but no more Broadway BBQ on 43rd and Broadway," Abram said. "I love that place, but you won't find it over here."

Abram had 16 points in his recent pro debut. He played collegiately at Pratt (Kan.) Community College then at Oklahoma Baptist where, in 2015, he was named second team All-Sooner Athletic Conference. He finished his career with over 1,100 points. He is finishing his degree in kinesiology.

"He just wished me luck and I did the same with him," Abram said. "They played (the Toronto Raptors in Vancouver) in a preseason game. We still talk about old times at Lew Wallace."

In Abrams' junior year, the Hornets, led by McDonald's All-American and future Michigan State star Dawson, finished second in Class 3A, losing 63-62 in overtime to Washington. He said he is still friends with not only Dawson but Brandon Bradford, Devonte Harris and Latroy Taylor.

"Those are still the best memories of my life," Abram said. "We were very close and we worked towards getting to state. We hung together, we still talk and text."

He said the team knew it would be good if it worked and credits coach Renaldo Thomas and his staff for reminding them of what they could accomplish.

Abram plays pro basketball for Sorgues-Avignon-Le Pontet Vaucluse (SAP Vaucluse) in France. The team is in the France NM1 League.

He had 16 points in his debut.

He is a 2011 Lew Wallace grad and Gary native. He was on the Hornets' 2010 team which finished second in Class 3A.

Abram went to Pratt (Kan.) Community College and then played at Oklahoma Baptist where he is finishing his degree.

WHERE ARE THEY NOW?: Ian McCambridge

There are perks of being in on the action at a sporting event as an official.

WHERE ARE THEY NOW?: Erik Buggs having a hot time in Chile

When Erik Buggs talks about Valparaiso, most people don't think of the university or the Crusaders.

WHERE ARE THEY NOW?: Randy Harrison

WHERE ARE THEY NOW?: Megan Huntsinger

She doesn't need any text alerts to let her know when her next appointment is.

WHERE ARE THEY NOW?: Portage grad Len Clark goes mobile

You have heard of some people being attached to their cellphones.

WHERE ARE THEY NOW?: Rich Bobby

When your name can be two first names, sometimes people can get it backwards.

WHERE ARE THEY NOW?: Rebekah (Porter) Peterson

As a clinical coordinator, Rebekah (Porter) Peterson works with students who are looking to follow her career path.

WHERE ARE THEY NOW?: Ryan Sickles

As a high school and college baseball player, Ryan Sickles always wanted to be in the game.