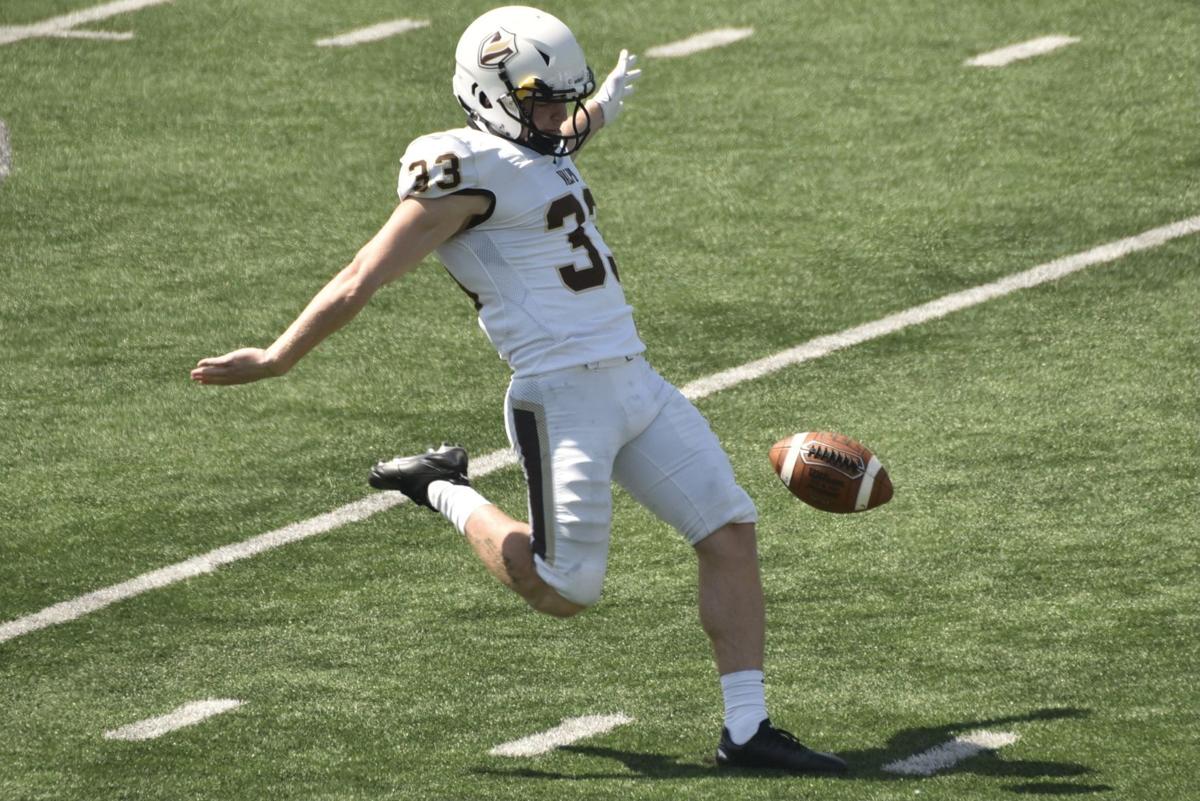 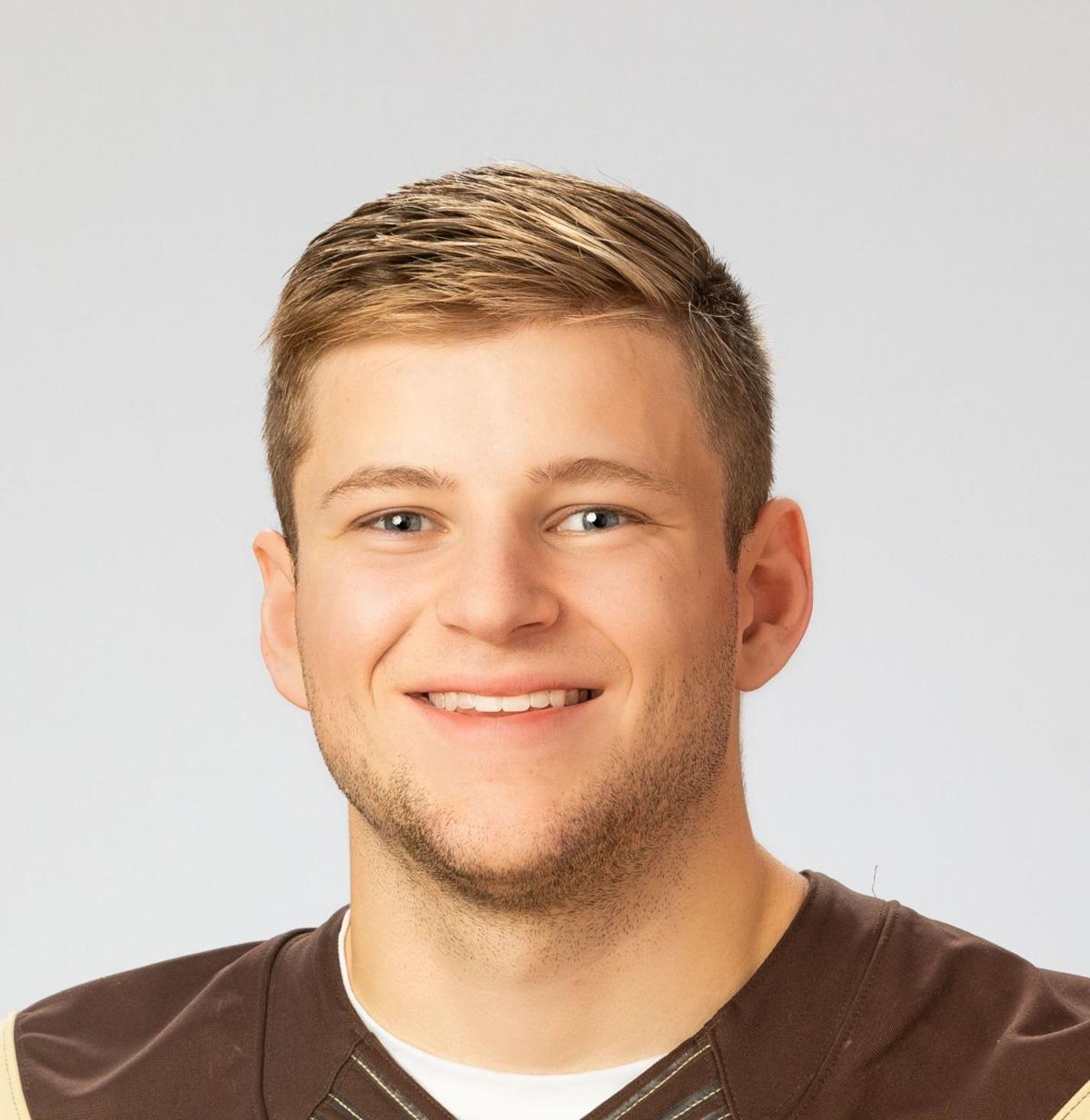 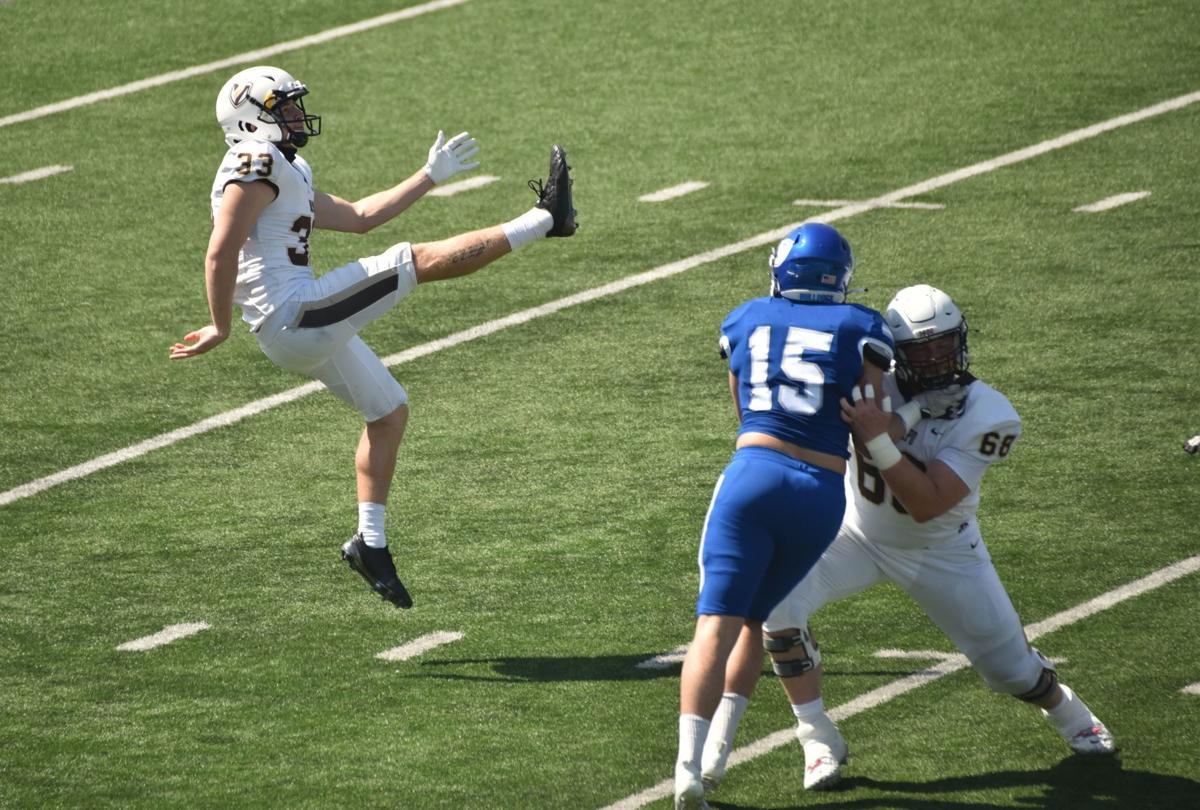 Valparaiso's Ben Niesner boomed seven punts of at least 50 yards, including a 72-yard punt in the season finale against San Diego.

VALPARAISO – Ben Niesner walked into the football offices at Oregon State in 2016 and told the coaching staff that he wanted to play football for the Beavers.

It was a scene straight out of Hollywood with Niesner playing the role of Rudy. The only difference is that Ruettiger, the famed Notre Dame walk-on, actually played football in high school.

Niesner’s quest to play college football took him from the Oregon State offices to Portland State’s roster before he ultimately arrived in Valparaiso in 2019, where he’s been the starting punter for the last two seasons.

“I had a dream of playing college football, but I was too short in high school,” Niesner said. “I picked up playing after my senior year of high school and Oregon State told me that I could walk on.”

The Washington native played two seasons of basketball in high school but never joined the football team. Once he decided to give football a try, he didn’t just start kicking the ball around the backyard with his friends. Niesner enlisted the help of former two-time All-American and Ray Guy Award winner Tom Hackett. Hackett was college football’s top punter in 2014-15 and he taught Niesner how to kick rugby-style punts. When it was time to show off his talents for the Oregon State coaching staff, he began to meet resistance.

“That was where the whole Rudy thing came in,” Niesner said. “After telling me that I could join the team, one of the coaches finally told me that I just wasn’t good enough. That’s where I drew the line. I was going to do this thing. I was going to prove them wrong. They even told me in an email. I’ve kept it with me all these years.”

Niesner enrolled at Portland State in 2017 as a walk-on, but the school brought in a punter on scholarship. Niesner sat the bench to start the year, but ultimately overtook the scholarship punter and won the starting spot late in the year. He spent two years with the Vikings before he began looking at other schools.

Fate intervened when he called up Jonathan Temple, a friend he made at Oregon State. Temple spent a year as a regular student in Oregon before he transferred to Modesto Junior College in California to pursue baseball. When Niesner connected with Temple, he found out his old friend was heading to Valparaiso to play baseball and Temple asked if he wanted to come along and give football a try.

“Valparaiso reminded me of my hometown back in Washington,” Niesner said. “I really feel comfortable here. The weather has been a bit of a change.”

Niesner averaged 39.4 yards per punt in 2019 and he upped that number to 43.6 yards during the 2021 spring season. Niesner boomed seven punts of at least 50 yards, including a 72-yard punt in the season finale against San Diego. That punt helped flip the field and gave Valparaiso the opportunity to score the game-winning touchdown one drive later. The team had similar success following a 58-yard punt at Drake, which helped the defense secure victory.

“That was a defensive game at Drake and when you take special teams and you win all that hidden yardage, that was huge,” Niesner said. “As a punter, you don’t get to score points and you don’t really get the satisfaction of doing something that statistically helps the team. Realizing that I can have an impact on our defense, that makes my game.”

Niesner is coming back to Valparaiso for one more season this fall, and his plan is then to make a run at kicking professional in either the NFL or CFL.

“Punting at Valparaiso has given me the opportunity to kick in every type of weather,” Niesner said. “This spring was a good testament to my abilities. It’s harder to punt here than anywhere else in the country. We’ve played in almost every condition.”

Countries that have never won an Olympic medal

Valparaiso's Ben Niesner semifinalist for FCS Punter of the Year

Ben Niesner is the first Valparaiso Special Teams Player of the Year in the Pioneer Football League, and now he's up for FCS Punter of the Year.

Valparaiso's Ben Niesner boomed seven punts of at least 50 yards, including a 72-yard punt in the season finale against San Diego.