Javon Freeman-Liberty had a simple message on Twitter: “I’m Back.”

Freeman-Liberty has sent a jolt through the Missouri Valley Conference, announcing on Thursday afternoon that he is returning to the Valparaiso University men’s basketball team.

The Whitney Young product averaged 11.0 points and 4.3 rebounds as a freshman for the Crusaders in 2018-19. He was the only player on the roster to start all 33 games.

Freeman-Liberty was named to the Valley All-Defensive and All-Freshman teams and was thought to be one of the future stars of the league before he announced he was transferring on March 19. After a month and a half Freeman-Liberty is coming back to Valparaiso after really only considering Northwestern as a potential landing spot.

Former Valparaiso assistant coach Emanuel Dildy recruited Freeman-Liberty and secured his commitment, but Dildy left for Northwestern in May 2018.

“Talking it over with my mom and my uncle, we all came to the agreement that Valparaiso was the place for me,” Freeman-Liberty said shortly after he posted a photograph of himself in a Valparaiso uniform to Twitter.

Valparaiso’s roster looks quite a different from the day that Freeman-Liberty initially announced he was transferring. Derrik Smits announced he would be playing his final season at Butler earlier this week while Bakari Evelyn, Markus Golder and Jaume Sorolla are all considering graduate transfers.

Micah Bradford’s father, Barry Bradford, confirmed earlier this week that the 6-foot-2 guard would also be pursuing a graduate transfer this offseason. Micah Bradford was suspended indefinitely from the team April 22 following his second violation of the the Valparaiso University Student-Athlete Code of Conduct.

With the mass exodus of players, fourth-year coach Matt Lottich reloaded the roster with international players, harkening back to 1990s when overseas recruits helped establish Valparaiso as a premier mid-major program.

Lottich also added a pair of Illinois products in wing Donovan Clay, currently a senior at Alton, and junior college transfer Zion Morgan. Morgan was a one-time Valparaiso commit before he began his collegiate career at UNLV.

Freeman-Liberty didn’t expand on his reasons for returning to Valparaiso, only saying that he reached out to Lottich last week and told the coach that he was considering a return to the Crusaders. He also had been in constant contact with some of his Valparaiso teammates.

“I talked to Daniel Sackey every day, and I talked to Mileek (McMillan) every day,” Freeman-Liberty said. “They told me they’d welcome me back with open arms. I’m really motivated, especially with all the new faces we’ve got. We’ll be prepared for next year.”

If all of the players who have expressed a desire to transfer end up leaving the program, the Crusaders have one available scholarship remaining for the 2019-20 season. Valparaiso currently has just one true center (Freese-Vilien) on the roster.

Messages left for Lottich were not immediately returned for comment. 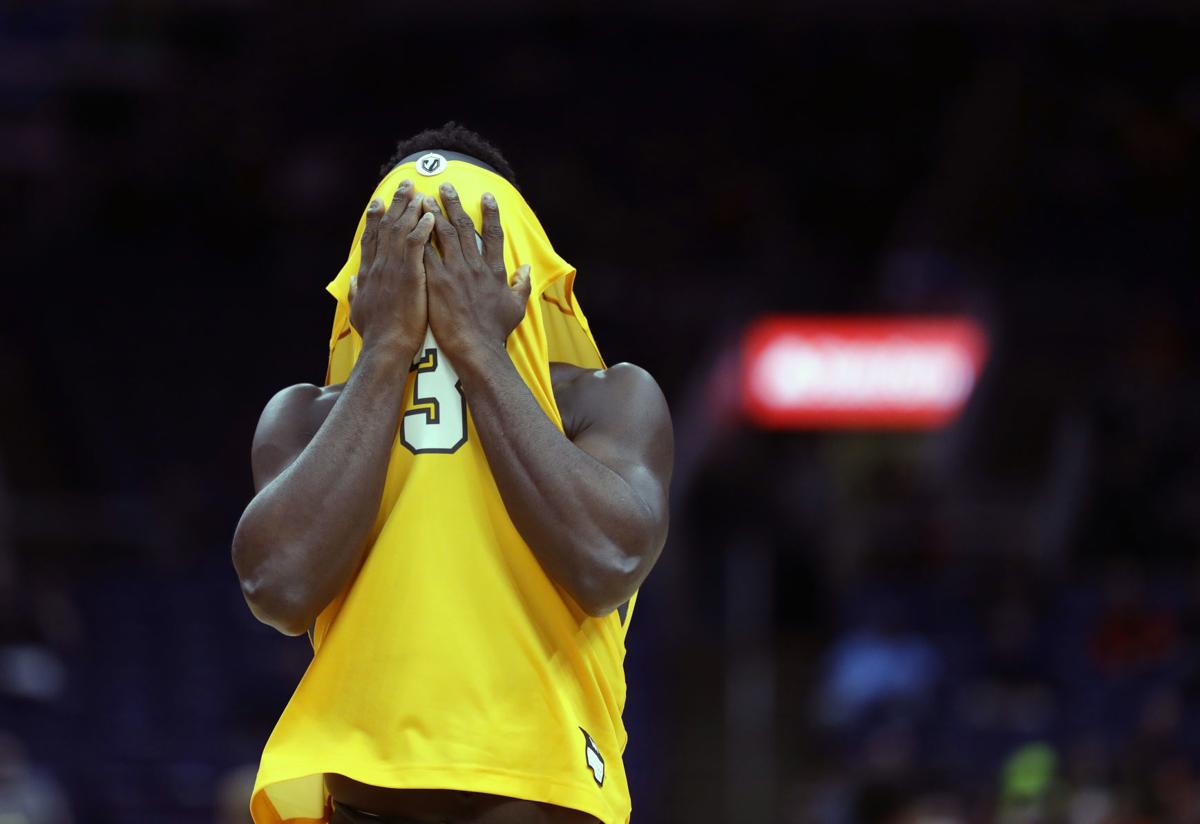 Valparaiso's season unsurprisingly ended with a 67-54 loss to Missouri Valley Conference favorite Loyola, but hope endured. Redshirt senior guard Deion Lavender was the only Crusader without remaining eligibility, and Valparaiso appeared in good position to absorb a defection or two thanks to incoming transfers Nick Robinson and Eron Gordon. 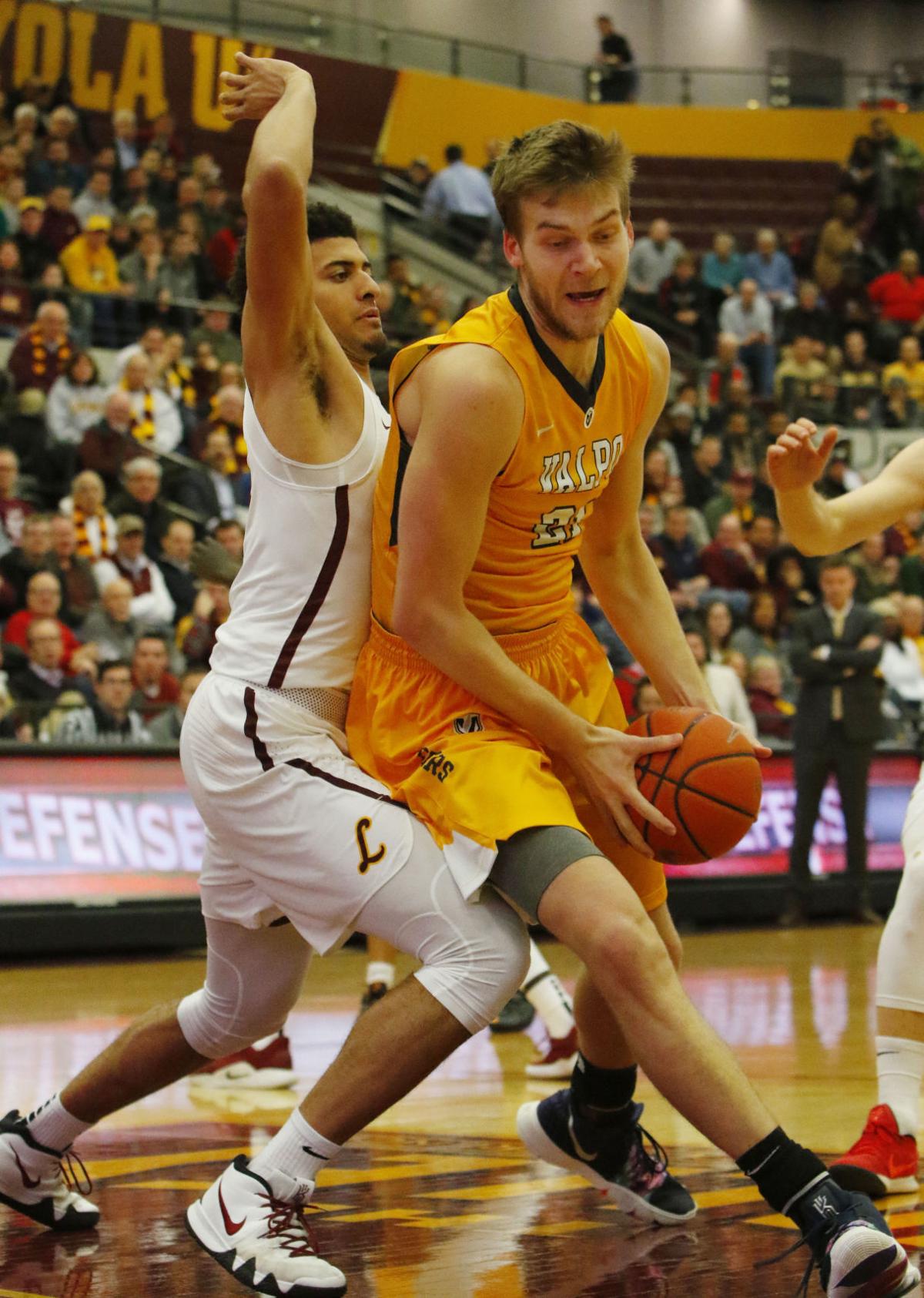 Ten days after season's end, redshirt junior center Derrik Smits announced that he would graduate and transfer in search of stronger competition. While losing Smits' 12.2 points per game and and 5.7 rebounds hurt, the Crusaders still had rising senior Jaume Sorolla and gained an open scholarship they could use to chase a grad transfer of their own. Smits committed to Butler on April 28. 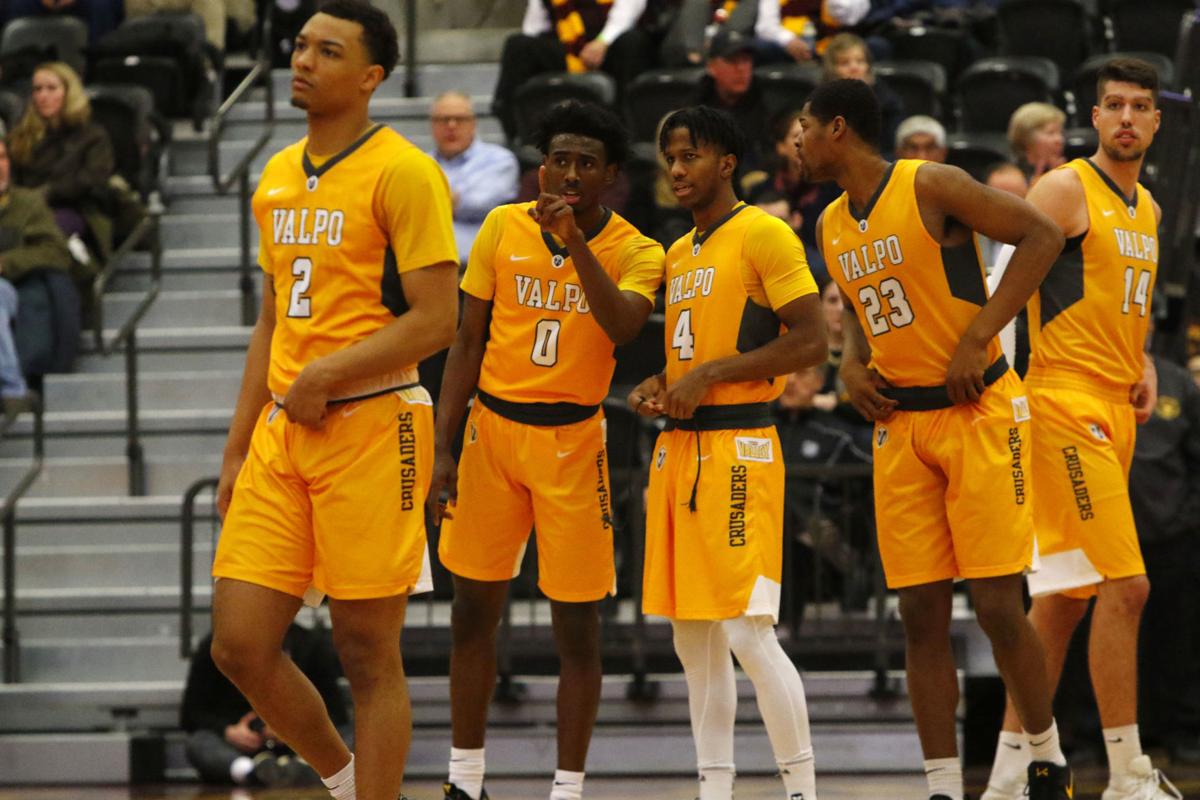 Just one day after Smits' departure, the deluge of transfers began in earnest. Sophomore Javon Freeman-Liberty announced he would transfer, and redshirt junior Bakari Evelyn followed suit a few hours later. Freeman-Liberty earned MVC all-defense recognition as a freshman and profiled as one of the league's top rising stars but sought a move to a high-major program. 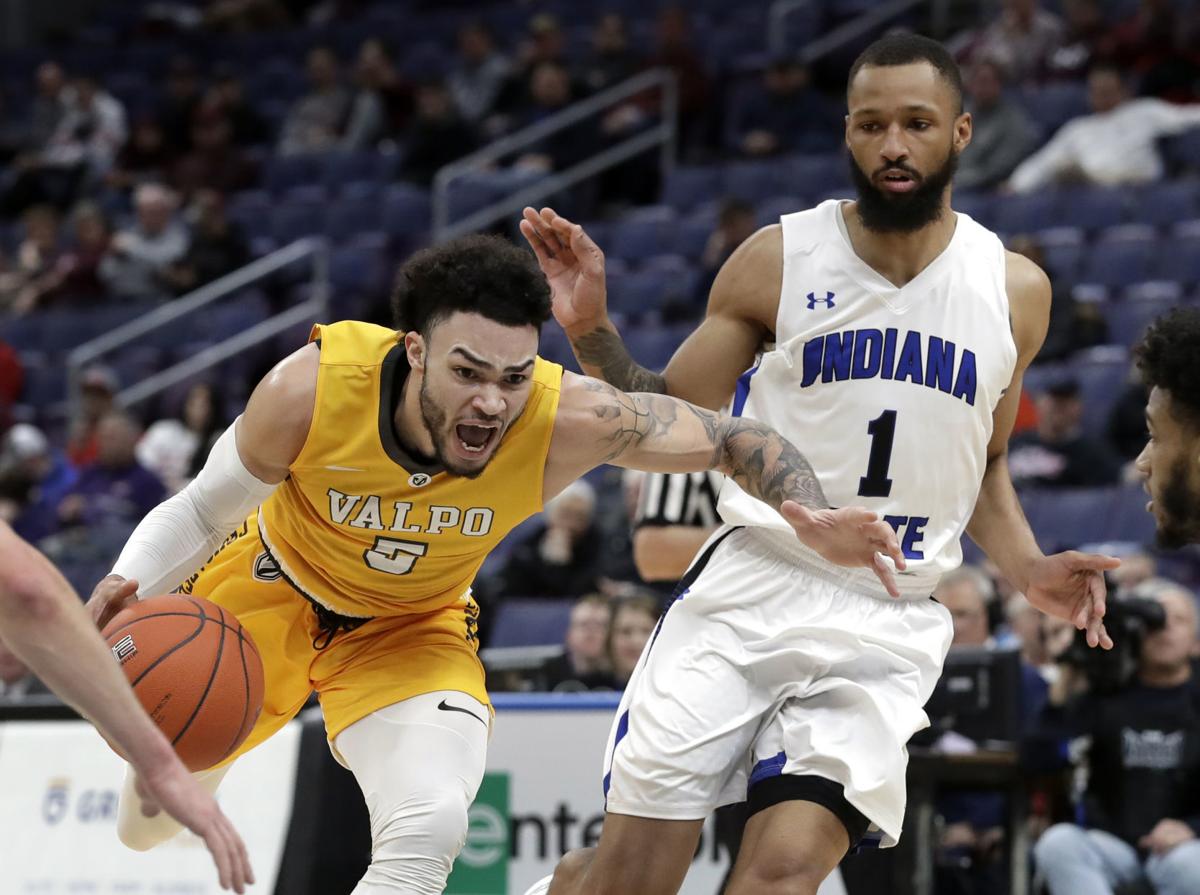 The transfers kept coming. Later in the week, redshirt junior Markus Golder told The Times he was "exploring a grad transfer," making him the fourth Crusader to look at other options. Golder famously knocked down the half-court shot that pushed Valparaiso past Illinois State in its MVC opener, but he regressed from 2017-18 in most statistical categories while battling a sprained left ankle suffered in January. 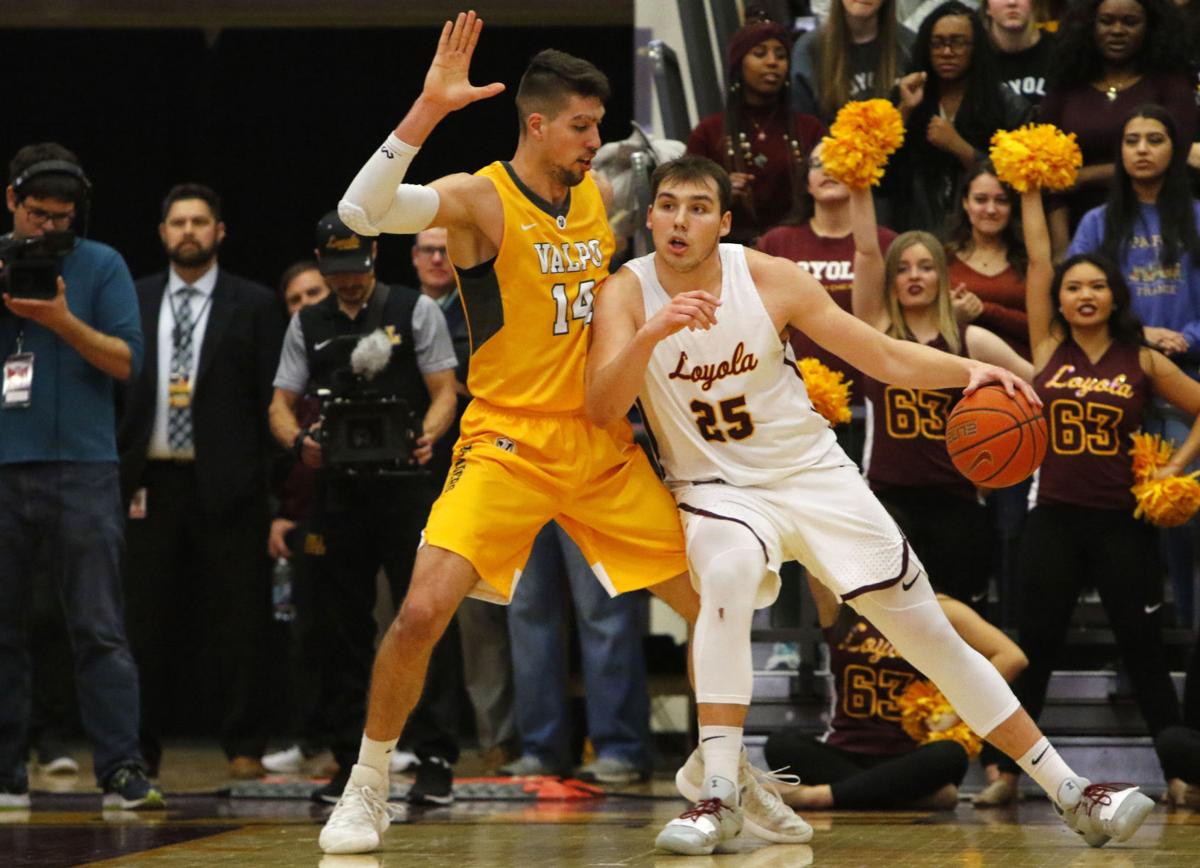 Valparaiso's offseason perhaps hit its nadir when Sorolla told The Times he wasn't returning for 2019-20. Sorolla initially said he would transfer but later said he hadn't decided whether to transfer or pursue a professional contract. The move meant junior Mileek McMillan, who played only 8.1 minutes per game this past season, became Valparaiso's only big man on the roster. 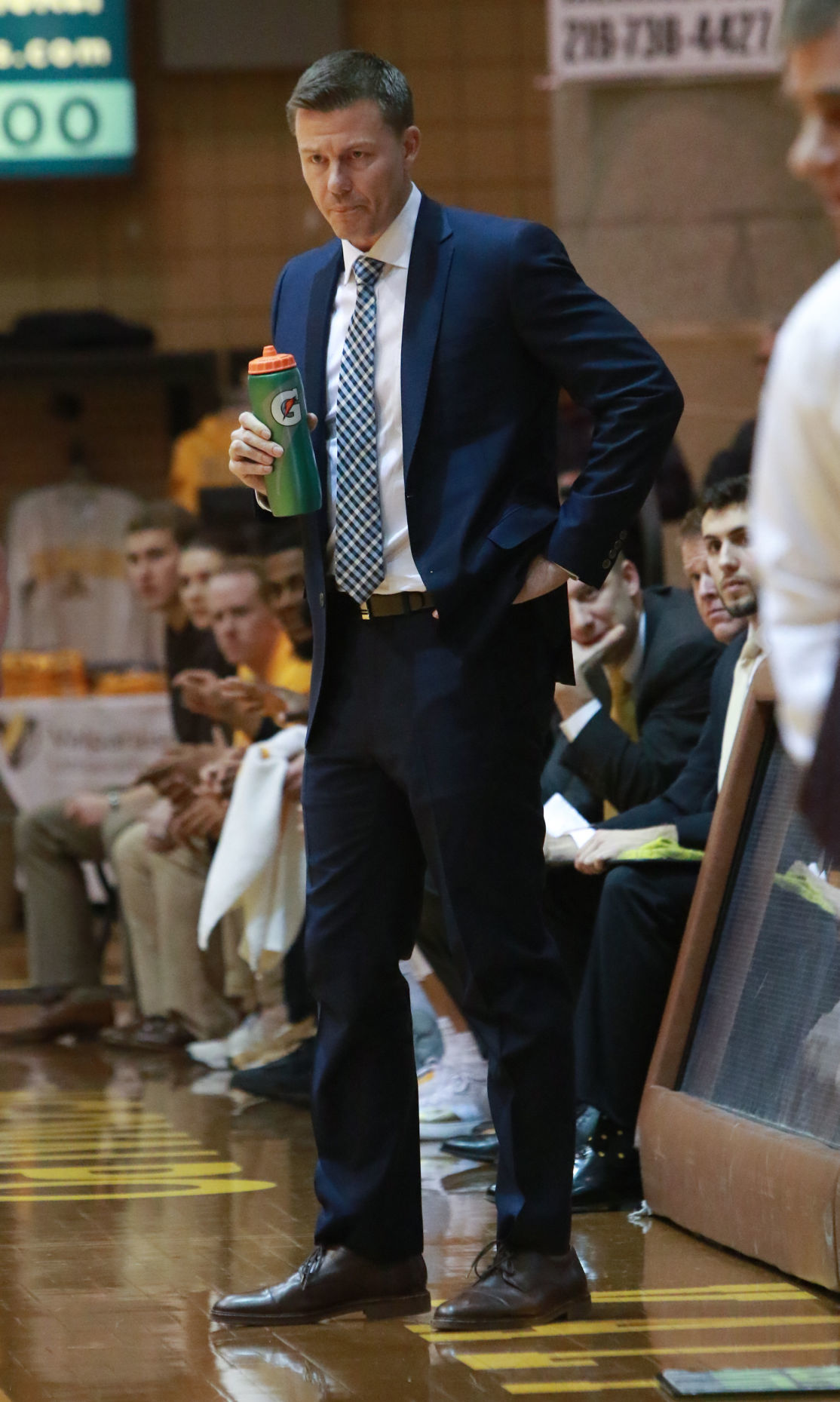 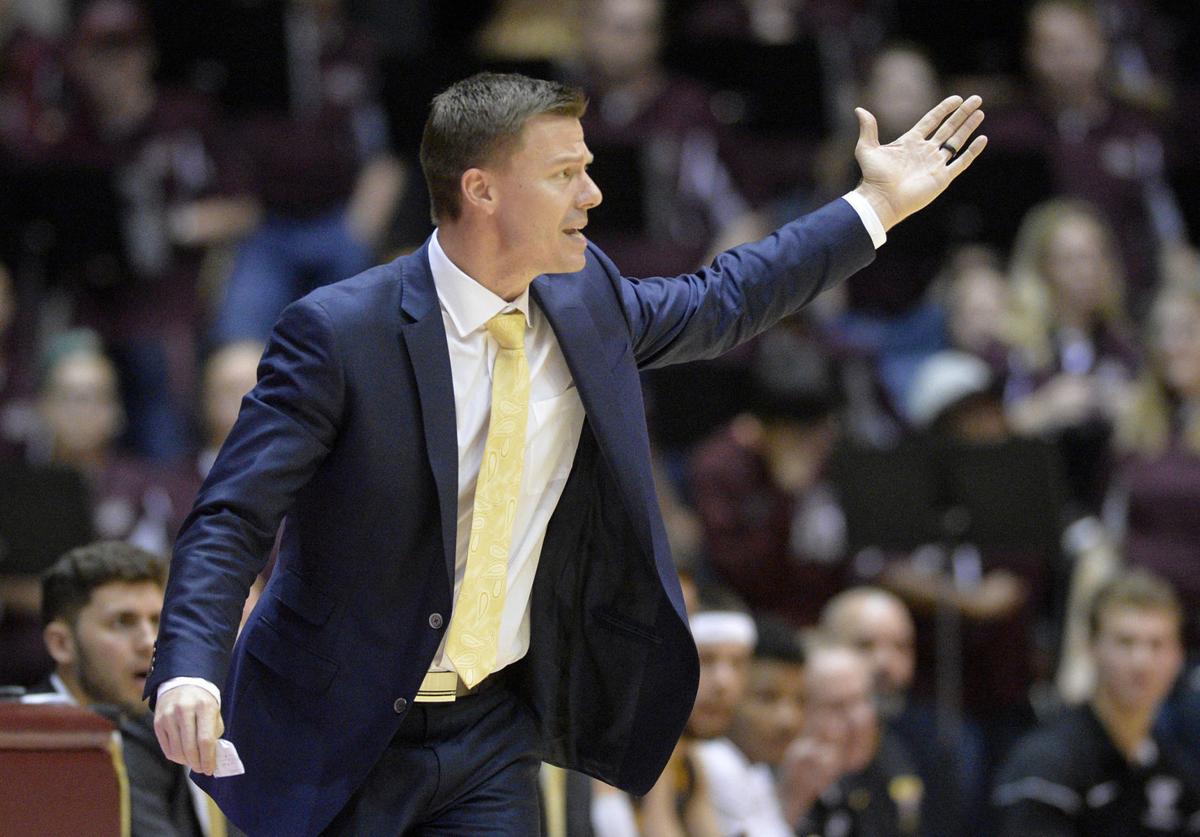 Valparaiso picked up commits from two more players almost immediately after Lorange committed. Canadian forward Ben Krikke and Danish center Emil Freese-Vilien both verbally committed on April 7, suddenly giving Valparaiso a four-deep recruiting class along with Lorange and prior commit Donovan Clay. The 6-foot-7 Krikke profiles as a versatile forward who could even play center in spurts, while Lottich said Freese-Vilien is a skilled offensive player for his size. 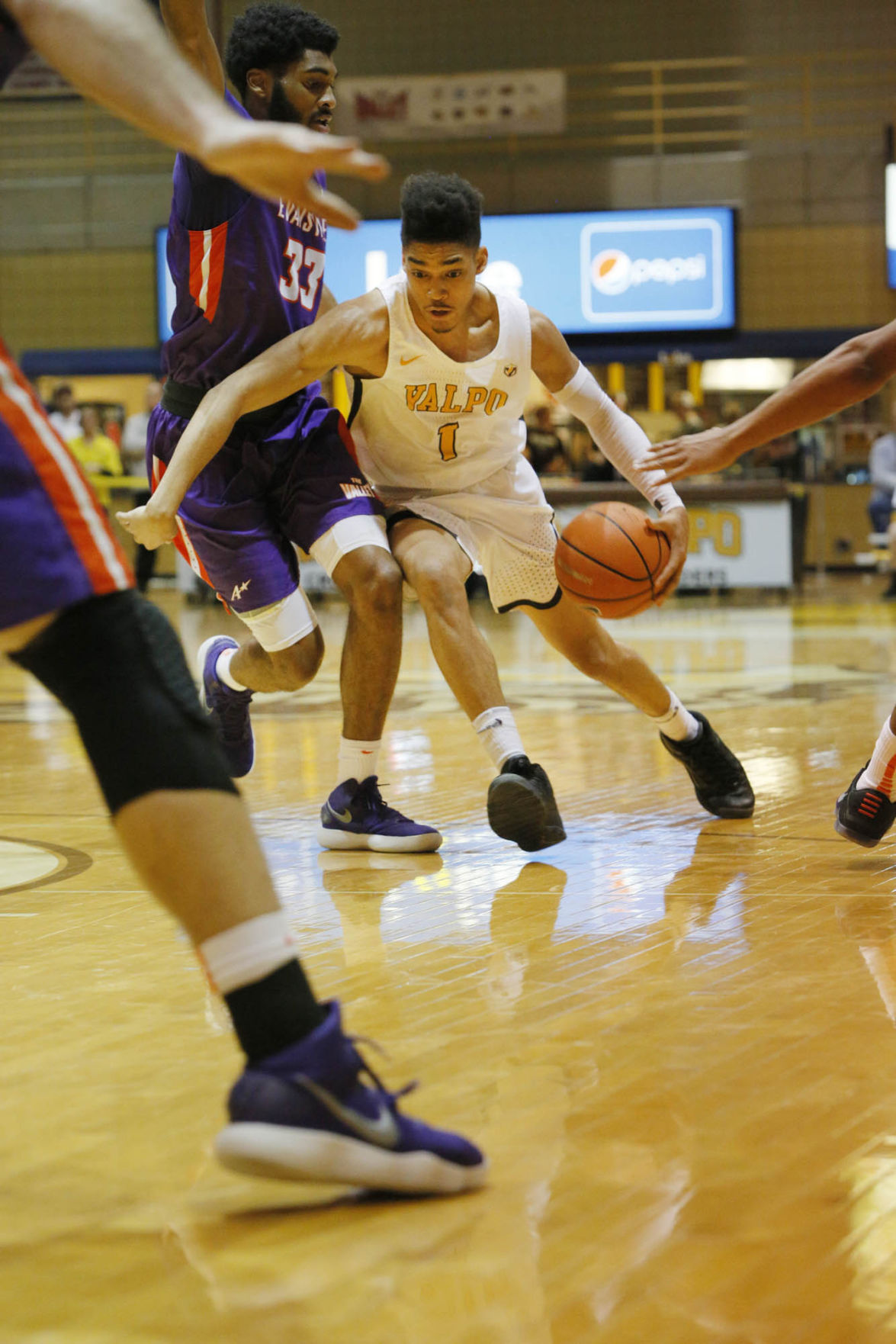 Valparaiso didn't even get two weeks of calm before its offseason took another swing. Micah Bradford (1) and Mileek McMillan were arrested and charged with marijuana possession, a misdemeanor. 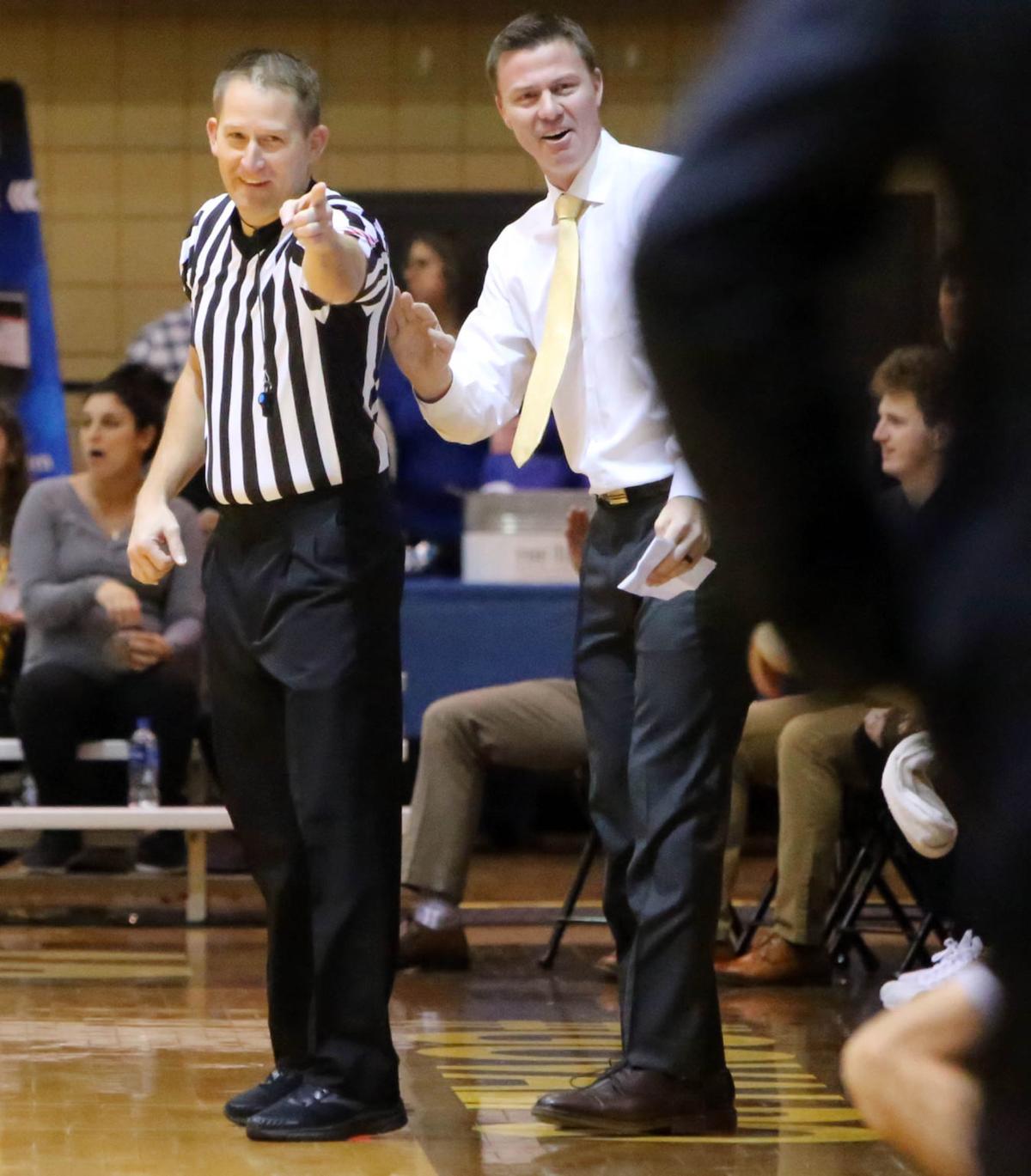 Lottich said on April 17 that Valparaiso would pursue "veteran presence," and that came to fruition when junior college transfer Zion Morgan committed. Morgan, a 6-foot-5 guard from Wabash Valley College, had originally committed to Valparaiso in 2015 before de-committing and signing with UNLV. 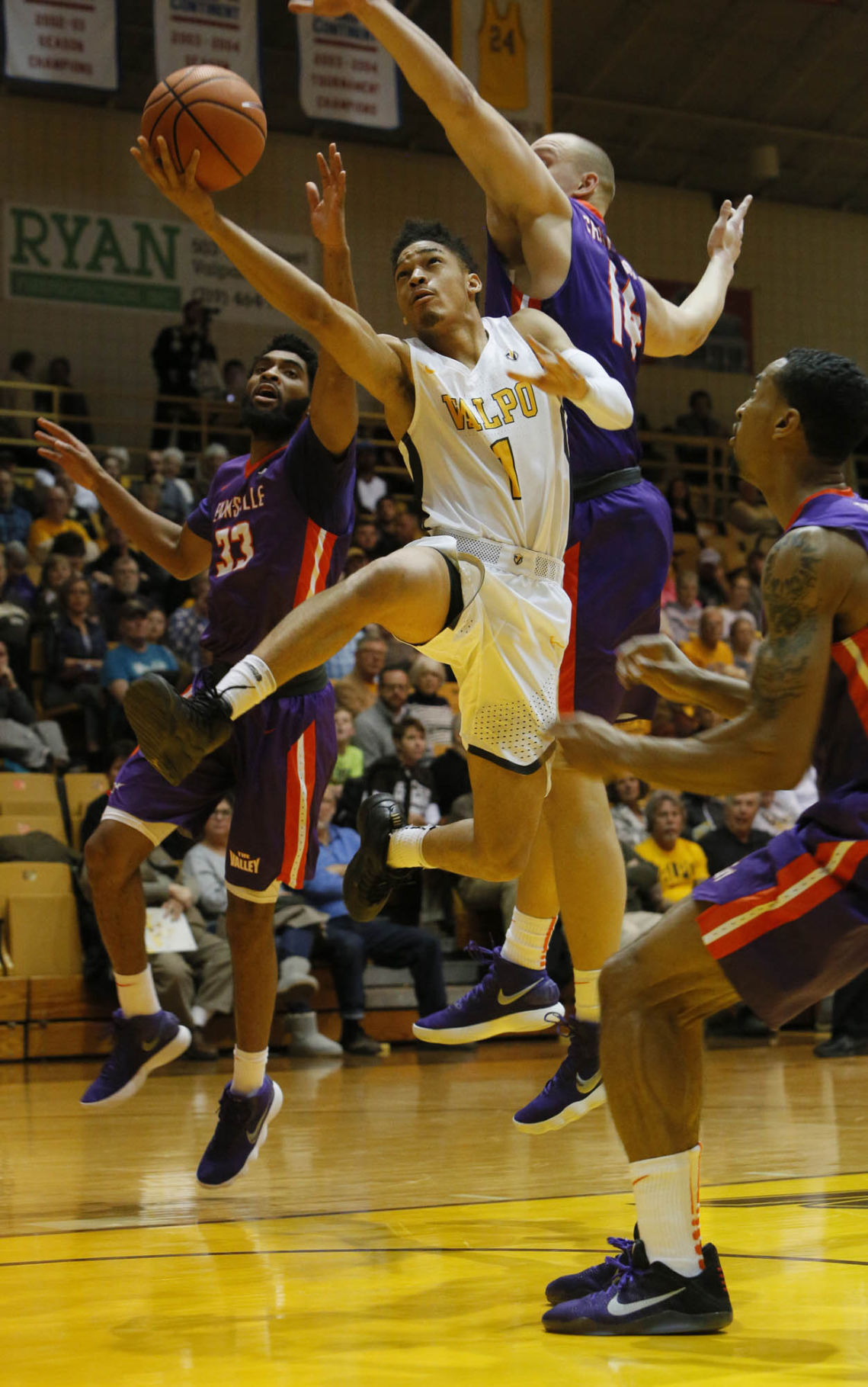 Facing an indefinite suspension, Bradford decided to transfer from Valparaiso, his father Barry told The Times. Bradford played three minutes against Monmouth on November 16, 2018, in his only action of the year after suffering a back injury before the season. Bradford averaged 5.1 points per game as a sophomore in 2017-18. 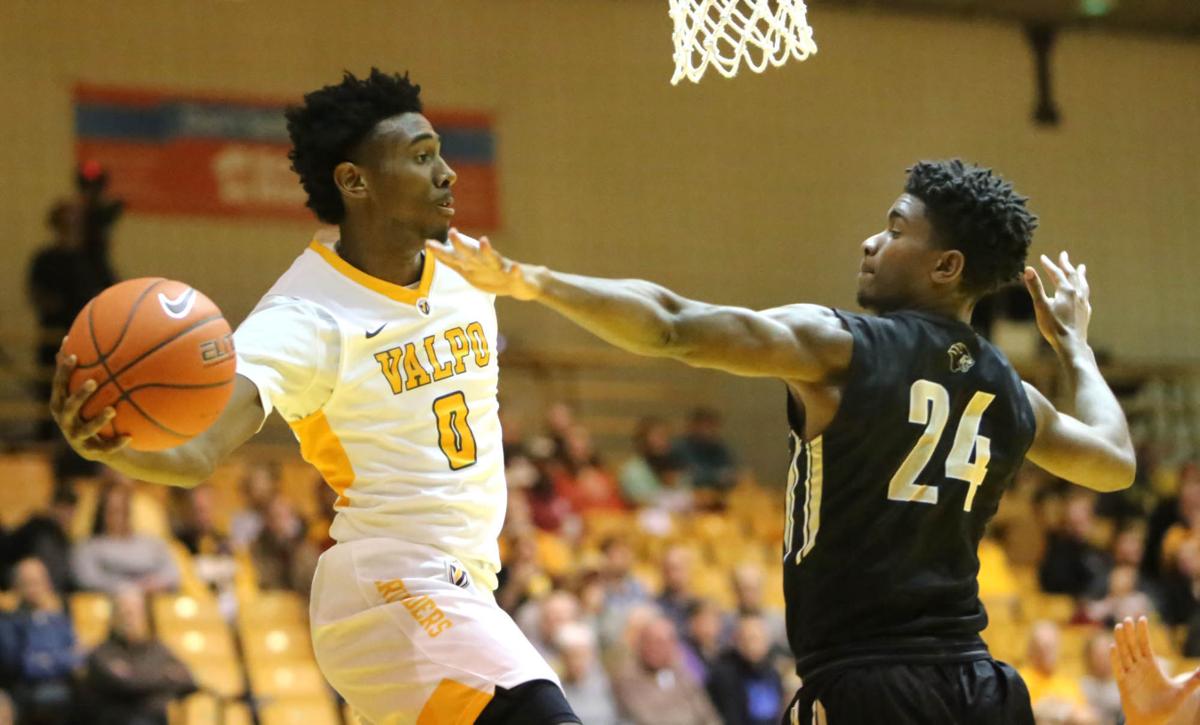 Freeman-Liberty's initial bombshell on March 19 helped start the flood of transfers, and Valparaiso's offseason came full circle with his announcement he would return. Once again, Valparaiso can claim one of the MVC's top young prospects as perhaps its best asset.

ROBBIE WEINSTEIN: With Freeman-Liberty back, Valpo is one player away

Valparaiso received a huge boost Thursday when Javon Freeman-Liberty announced he will return rather than transfer. Now, the Crusaders need a center.

MEN'S BASKETBALL: Freeman-Liberty motivated on daily basis by uncle who played in NBA

Valparaiso freshman Javon Freeman-Liberty, who is averaging 11.1 points a game, gets a motivational text message each day from uncle Marcus Liberty.