VALPARAISO — A badger might as well be Valparaiso's next mascot.

Kobe King became the third former Wisconsin player to commit to Valpo on Tuesday, capping off a whirlwind journey that has lasted nearly two years.

King left Wisconsin in the middle of the 2019-20 season and was briefly committed to Nebraska before signing with an agent and entering the 2021 NBA G League Draft. King went undrafted and kept his options open to return to college.

In order to do so, he needed to gain a NCAA waiver and once he did, he committed to Valparaiso. King will take Valparaiso's final scholarship for the 2021-22 season.

“I’m beyond excited,” King told The Times Tuesday afternoon. “It’s been a process getting a waiver. I wasn’t sure if I would have a chance to play at Valpo. Getting back to basketball, I’m excited. There’s been a lot going on besides basketball, and I want to get back and focus on the game.”

King averaged 10 points through the first 19 games, all starts, of the 2019-20 season before he abruptly left Wisconsin in late January. Wisconsin's 2017 Mr. Basketball winner was heavily criticized by fans across the country for leaving the team with a third of the season still remaining.

“I thought it was best for not only myself — but for (the team) — for me to step away from the program just because I knew my heart wouldn’t be into it again,” King told the Wisconsin State Journal days after leaving the Badgers. “I hear people say I’m a quitter. I talked to five, six (teammates) before I even told the coaches I was thinking of doing this. These were my closest guys, and if one of them would have told me it felt like I was quitting (on them) by doing it right now, I never would have said anything.”

Among those Wisconsin teammates were Trevor Anderson and Joe Hedstrom, two players who have since transferred to Valparaiso. King said on Tuesday that having both of them at Valpo, along with Kevion Taylor (Winona State) and Thomas Kithier (Michigan State) made Valparaiso an easy choice.

“Having those guys there with me to help get back in the flow of basketball, it’s going to make me really comfortable,” the 6-foot-4 guard said.

King committed to Nebraska after leaving Wisconsin, but he ended up never going out to Lincoln to join the team. When COVID-19 hit in mid-March, it changed his landscape. He eventually signed with ACD Agency to prepare for an overseas career and the G League Draft.

“I signed with an agent in September, but at that point, leagues were shut down,” King said. “I had been out of the competitive game for so long. I realized that I wanted college to be my next step and I was considering a few schools.

"As soon as Valpo reached out, that’s where I wanted to be. It was a 2-to-3 month process and a lot of questions from the NCAA. I never took any money from my agency, I just signed stuff. I’m happy it all worked out.”

King believes that he’ll have to miss “nine or 10 games” at the start of the 2021-22 season and that he’ll also have a medical redshirt year to use following a knee injury that cut his freshman season short in 2017-18. All told, King should have two years of eligibility for Valparaiso.

“I’m a two-way player that can get downhill and be a three-level scorer,” King said. “I want to bring some toughness to the defensive end. I also know that I can get better at every area of basketball. That’s what I’ll strive to do and I’m looking to help Valpo win in any way that I can.”

Gallery: The top 10 Valparaiso men's basketball players of the 2010s

The Class of 25 Episode

With the 2020-21 season in the rearview mirror, Union Street Hoops takes a look ahead as incoming Valparaiso freshmen Darius DeAveiro, Cameron…

“The biggest thing was wanting a bigger role,” Thomas Kithier said. “The ability to show that I can do more on the court. I felt like I could give more than I was giving at Michigan State."

Valparaiso narrows mascot choice to 8; decision to be made "in coming weeks," survey says

The eight mascots were chosen with help of a rubric that identified there closeness to being “true to Valpo, regionally relevant or characteristic, provide an enhanced and inclusive identity.”

WATCH NOW: Valparaiso alumni react to retiring of Crusader mascot: 'What's the problem with changing it?'

"If the symbol that happens to represent the university makes people feel some sort of negative cognition, then change it," said Valpo alum Adam Amin. "What’s the problem with changing it?”

Mascot debate at Valparaiso has proponents and opponents, just as it did in the 1940s

The Valparaiso Crusader stood for nearly 80 years before it was officially removed by the school last Thursday citing imagery connected with hate groups, including the Ku Klux Klan.

'Wait-and-see': Valparaiso athletes have an opportunity to cash in on their image, but will they?

“I think I’ll have to wait and see what the opportunities are first. There’s a lot to digest at the moment and I’m trying to learn all the rules."

"I’m really curious to see what type of traction and activity take place in the first month and how much it has an impact on our membership in the Valley.”

Former Badgers now on Valparaiso’s roster say they've found a warm atmosphere and a coach they admire. "I feel like I’ve just been able to come here and just be myself from day one," said Joe Hedstrom.

This week's Beacons beat looks at Wisconsin transfers Trevor Anderson and Kobe King adjusting to their respective roles and the latest on Thomas Kithier's improvement. 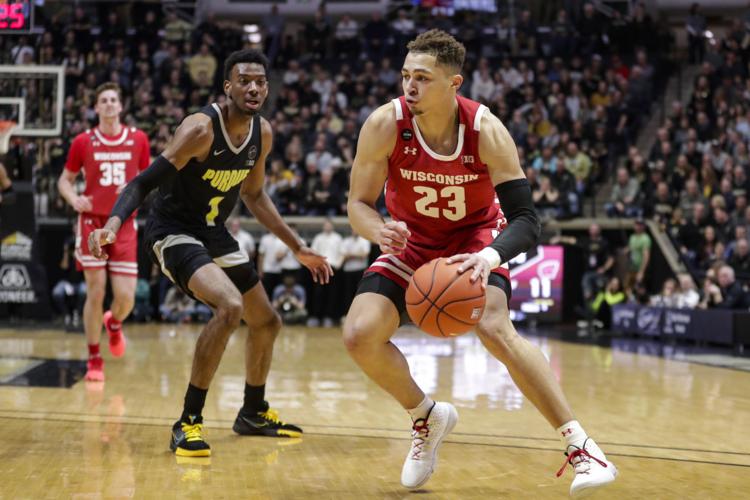 Former Wisconsin guard Kobe King (23) drives on Purdue forward Aaron Wheeler on Jan. 24 West Lafayette, Ind. King confirmed to The Times that he is transferring to Valparaiso for the 2021-22 season. 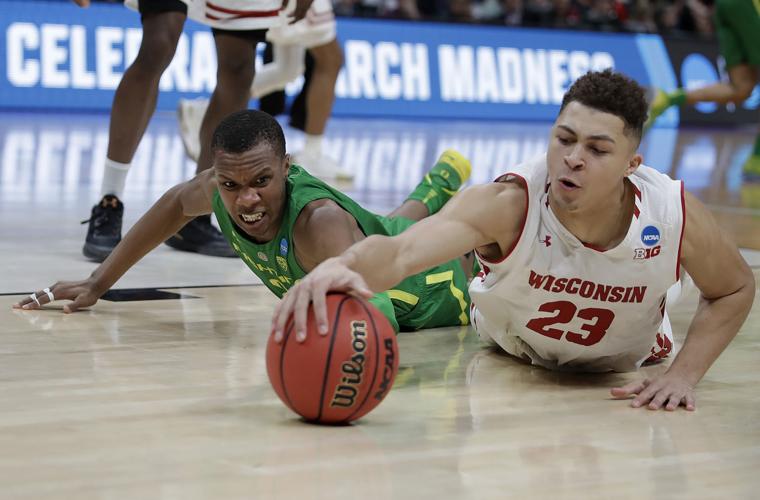 Former Wisconsin guard Kobe King (23) dives for the ball in front of Oregon forward Louis King during a first-round game in the NCAA Tournament on March 22, 2019. The former Badgers guard confirmed to The Times that he is transferring to Valparaiso for the 2021-22 season.