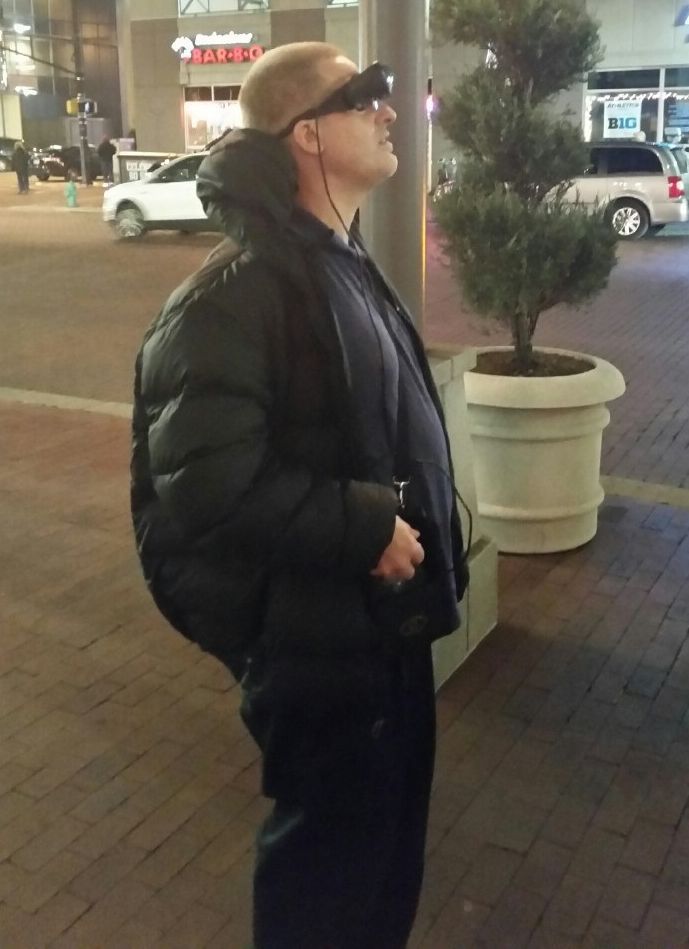 Griffith's Scott Reese has been legally blind since age 2 with a rare eye condition known as Optic Nerve Hypoplasia, and he recently received a pair of electronic glasses from Canadian-based eSight. 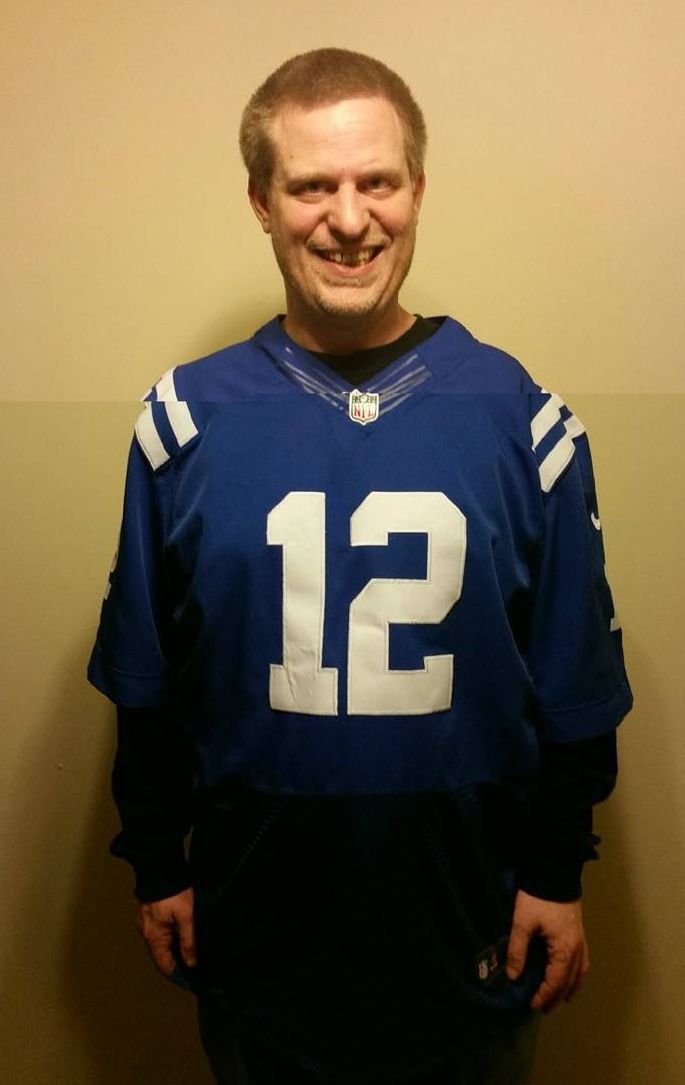 Scott Reese moved to Indianapolis in July of 2013 and is a huge Colts fan.

Imagine having to watch TV so closely, your nose is almost pressed against the screen.

Imagine not being able to read street signs, watch your favorite sports or enjoy the glow of a full moon.

Imagine being unable to drive a car, at any age.

Scott Reese has walked in those shoes his entire life. The 1996 Griffith grad has been legally blind since age 2 with a rare eye condition known as Optic Nerve Hypoplasia.

Well, his luck has changed.

Reese had sent a letter to Canadian-based eSight, telling his story of endless challenges and ordeals. To his surprise, the company contacted him weeks later, asking if he would want to participate in a demonstration involving the electronic glasses it manufactures to enhance the vision of those with vision loss.

The glasses are not for the completely blind.

On Dec. 5, Scott Reese was given a pair of the $15,000 glasses by company officials at an Indianapolis hotel, slipped them on, and his life instantly changed.

"The first thing they did was put on a playoff game between the Cubs and the Cardinals (from 2015) -- even though I'm a White Sox fan -- and I could actually see, not only the game, but the score graphic in the upper left hand corner," Reese said. "Without the glasses, I'd be sitting on top of the TV to see that.

Next was a Blackhawks game from 2015.

"Not only could I see the puck, I was able to see Andrew Shaw's name and number on the back of the jersey," Reese marveled.

"Then we went to a window in the hotel and saw a sign at the end of the block, read it verbatim, and my buddy said, 'I can't even see that,' and here was a guy who could see well enough to drive."

Later, as darkness approached, Reese and the eSight rep went outside to glance at the moon.

"Before, it had looked like a giant yellow blob to me," Reese said. "With the glasses, I went: ''Holy (expletive)!' I can actually tell it's a quarter moon and there's something inside the moon."

He also read an eye chart flawlessly and was informed he had 20/20 vision.

"I was in too much shock to be told this, when all I'd been hearing is, 'No, sorry, there's nothing's available,'" Reese said.

"They always say you can't cheat Mother Nature. But I'm a believer, to a point, that you can't beat technology. They're always inventing something."

The electronic glasses feature an embedded camera, two ID monitors, a set of prescription lenses and a handheld controller with a pair of rechargeable four-hour batteries.

Reese still can't drive, even with the glasses, because they're not designed for peripheral vision -- not yet.

Life just keeps getting better for the Purdue Calumet communications major, who moved to Indianapolis in July of 2013 and is a huge Colts fan.

The Colts learned of Reese's story from eSight and they are providing him with sideline tickets to today's game with Jacksonville as well as sideline passes to watch warmups and deliver the game balls to officials.

Reese will actually see every aspect of the game, something he's wanted to do his entire life and now made possible thanks to esighteyewear.com.

"It's unfathomable," he said.

If the name sounds familiar, Scott Reese played football for coach Russ Radtke at Griffith, where he was an offensive lineman his sophomore and junior seasons, then strictly a kicker his senior year, converting 11 of 18 PATs.

Reese said he moved to Indy because it's easier for a vision-impaired individual to find work -- he's an insurance agent -- and eSight has helped him with a donation page for the glasses.

Some things are slower to change, however.

"It's a lot harder to find a mate. Women I've come across will not date a guy who doesn't drive," Reese said. "It doesn't mean it doesn't hurt, but it's their loss.

"I've always been a passenger. Driving is the least of my worries."

He then paused a moment.

"Even with all that said, there's always going to be somebody worse off than me. That puts things in perspective," he said.

AL HAMNIK: GR3 still all about wins, not stats

CHICAGO | Glenn Robinson III is on an elevator ride.

Griffith's Scott Reese has been legally blind since age 2 with a rare eye condition known as Optic Nerve Hypoplasia, and he recently received a pair of electronic glasses from Canadian-based eSight.

Scott Reese moved to Indianapolis in July of 2013 and is a huge Colts fan.