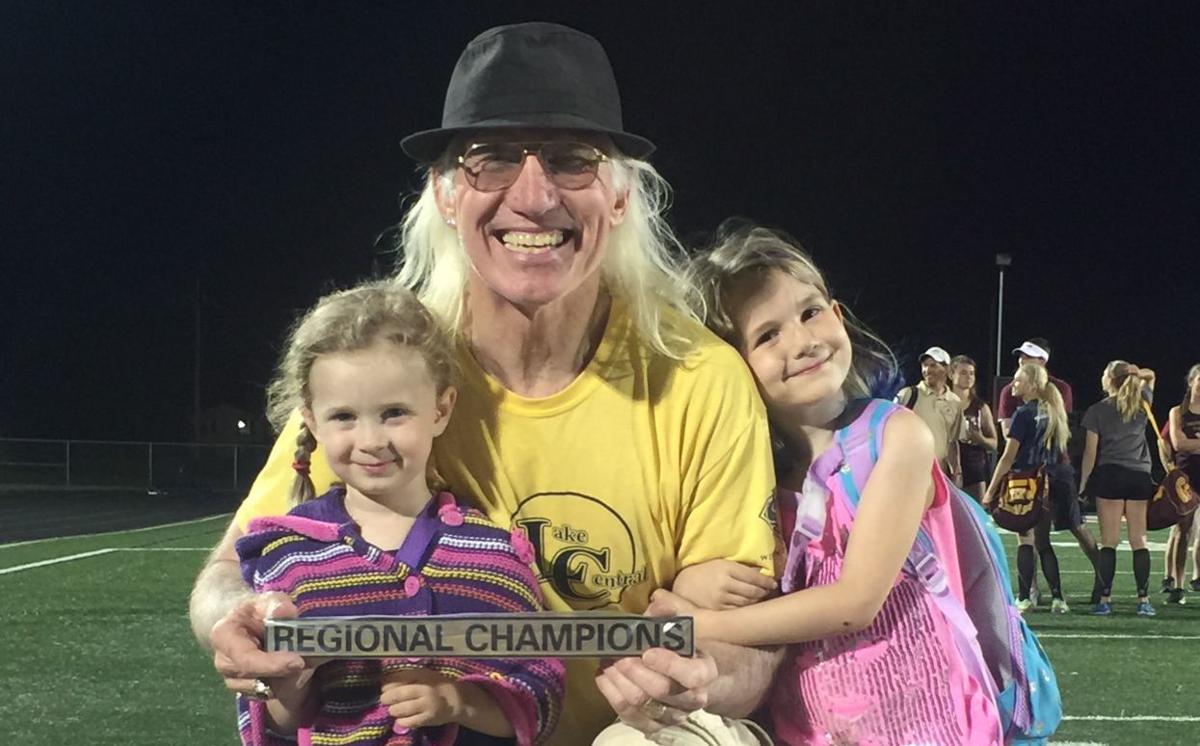 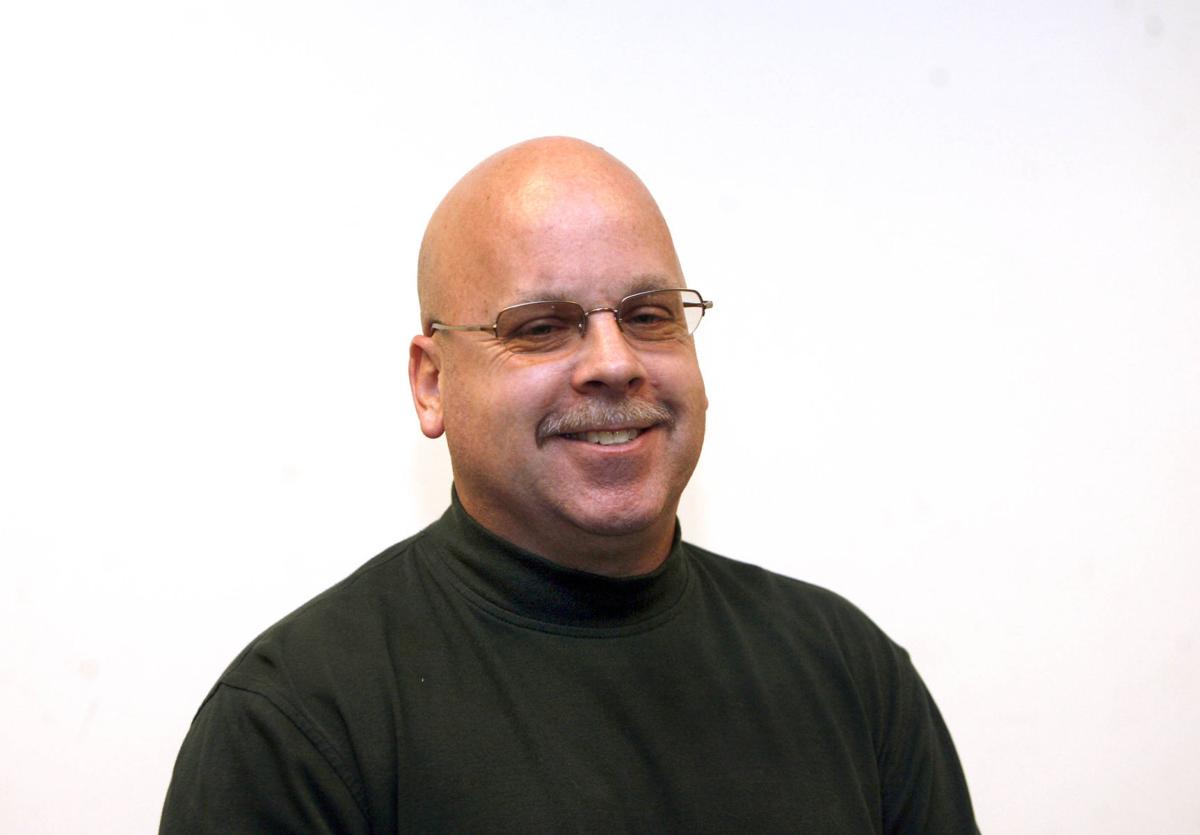 Jim Peters, Sports Columnist and reporter for the Times

It's at the core of track and field, the sport Ron Fredrick has coached at Lake Central for 16 years.

Timing also is a big reason Fredrick can celebrate his 67th birthday today on the track at Indiana University for the state meet, barely two months after emergency surgery for a ruptured aorta.

He can thank a previously-scheduled doctor's appointment, an answered phone call moments before a nap and a cardiac surgeon who hadn't left on vacation.

"In my sport, everything comes down to timing," Fredrick said. "Any time something works out, something has to fall in place. The doctor (Joel Corvera) told my wife they didn't expect me to make it to Indianapolis alive. After I pulled through the surgery, my lungs collapsing, my heart going into a-fib, they were referring to me in the hospital as the miracle man. (Lake Central assistant principal) Richard Moore was there and he said, 'Well, you just don't know Ron Fredrick.'"

The sequence of events all started for Fredrick on March 28, the Wednesday of spring break. He was at his home in Rensselaer when he began experiencing excruciating chest pain that wouldn't go away. He called 911, thinking he was having a heart attack, and was taken by ambulance to Franciscan Health in Rensselaer. Diagnosed with chest wall pain, Fredrick was sent home. After returning home from practice the next morning, the pain came back, so his wife Jean called his family doctor to see about moving up his appointment.

"I guarantee I wouldn't have gone otherwise," Fredrick said.

He underwent a CT scan and in a matter of minutes from returning home, he was called with the results.

"The doctor's office says your aorta is dissolving, you need to come to the emergency room right now," Fredrick said. "It's something you don't pack your bags for."

However, Fredrick put together a month's worth of workouts on his home computer before leaving for the hospital and emailed assistant Annemarie Widowfield to tell her he wasn't going to be there.

The aorta is the body's main artery and supplies oxygenated blood to the circulatory system. It starts at the left ventricle of the heart and runs to the abdomen, where it splits into two smaller arteries.

"I've been coached by and coached with a lot of people," Indians throws coach Jeanette Gray said. "(Chesterton boys basketball coach) Marc Urban is the most competitive and Ron's right up there with him. He wants to win. He'll do whatever it takes to win and he conveys that to the kids. He's highly organized. He's highly intelligent. He demands your best and he really gets the best out of his kids. He's in it for the kids. They respect him."

The last thing Fredrick remembers was being wheeled immediately into an operating room full of surgical staff around 7 p.m. on March 29. He was in surgery until roughly 10:30 the next morning, a span in which his aorta, totally ruptured by that point, was removed to be stitched up and then reattached. His heart valve also was repaired and a stint was implanted. In the process, the wire used to stabilize Fredrick's sternum caused excessive bleeding and had to be fixed.

"The doctor told my wife he didn't expect me to make it to Indianapolis alive," Fredrick said. "Part of the reason I made it through the adventure apparently was my calm demeanor throughout. And that was the result of a thought I had when I first entered the emergency room in Rensselaer: I'm not going to die. My heart rate and blood pressure, therefore, remained constant on the trip to Indianapolis and was a factor in my making it there alive."

The next time he was cognizant of anything, it was Sunday, Easter Sunday.

"Friday didn't exist for me," Fredrick said. "I was conversing Sunday and I thought it was Saturday. I opened my eyes and looked to my left and it was (Lake Central assistant principal) Marty Freeman, and I'm like, 'Oh, it's Marty, I better talk.' Apparently, we talked for a while. I talked about Easter coming up and it was Easter."

At one point, Fredrick recalled a dream in which he was being strangled and was squirming for help, only to hear someone trying to calm him, letting him know that he had to let them do what they needed to do.

"My wife tells me little things, new pieces of information," Fredrick said. "My wife said from the beginning, your heart is fixed."

Fredrick and Corvera still have not met. Corvera left right after the surgery for vacation and Fredrick was released prior to his return. When Fredrick returned for his follow-up, Corvera had been in surgery all night and was not available.

"I've done rehab. I just have to be careful," Fredrick said. "The healing of my chest bones takes the longest. I'm still adjusting. My prognosis is good. My stamina's not where it was, as you could imagine, but everything else feels normal. Everybody reminds me to take it easy. I've been fortunate to have so many good people treating me."

After coming through the surgery, Fredrick reverted to coach mode. He wanted to be back by May 1 for senior night, which he made, to the surprise of his team. There wasn't a dry eye to be found.

"It meant everything," said senior Katie Rusiniak, a state qualifier in the long jump. "We've relied on him for so long, it was shocking to not have him there. It was almost like a whole new team. For so many of us to accomplish our goals without him there, it was a big deal. We did it all for him. It makes (state) all the more special. It just shows how precious life is."

A 21-year English teacher, Fredrick also circled May 7 to return to the classroom and May 16, for senior awards night. Check and check.

"It's important to have goals," he said. "I made up my mind I wanted to get out of the hospital as soon as I could. My next goal was to continue to coach while I was away. I was putting lineups together. Every Tuesday (in April), I'd be nervous all day, thinking they're running this event and waiting for the results email. When I got back to school, people said, it's good to see you. I would always say twice, 'It's good to be here. It's good to be here.'"

The Lake Central girls squad won the Duneland Athletic Conference, Lowell sectional and Portage regional, a testament to the focus and resilience of a team and staff that personifies the qualities of its leader. Lake Central has seven entries in the state meet.

"This is always going to be my most memorable team because of what they did. I tell the girls there's no way I can express how much I appreciate them stepping in and being leaders," Fredrick said. "A season without a head coach can easily go adrift. We set out goals and they decided they were going to work to make sure they achieved those goals."

A Lake Central athlete has made it to state every year Fredrick has coached. This trip, for obvious reasons, is beyond compare.

"I'm thankful every day I get up to go to school, to the track, for my wife, my family, all the students, the faculty," Fredrick said. "All the emails, cards. It's very heartening. It feels like, "It's a Wonderful Life."

BLOOMINGTON — It truly was Destiny.

GIRLS TRACK: Bowman Academy returns to state with a bang

ST. JOHN — Lake Central was on a team mission.

PORTAGE — Destiny Washington came into Tuesday at not even 65 percent by her own estimation.

Jim Peters, Sports Columnist and reporter for the Times