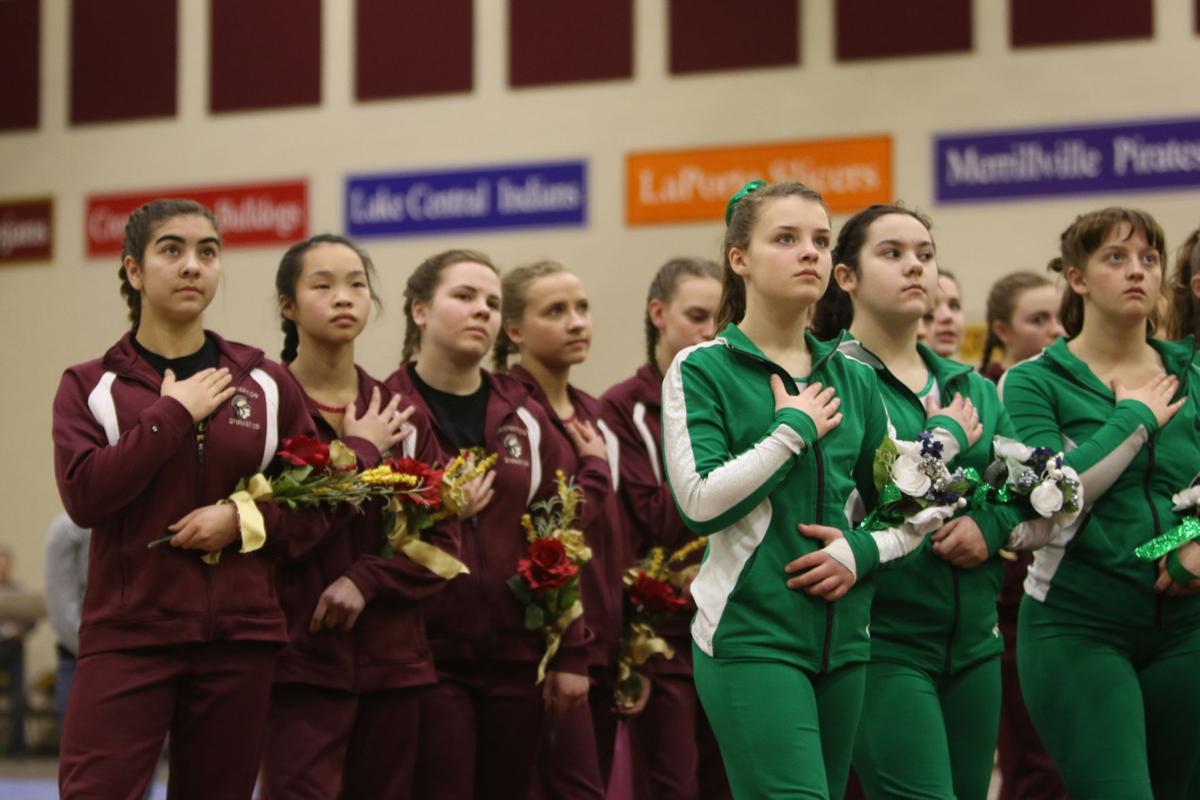 Chesterton and Valparaiso are both contenders for the state title Saturday. Region teams have gone one-two three times in the 45-year history of the meet -- 1992, 2004 and 2013. 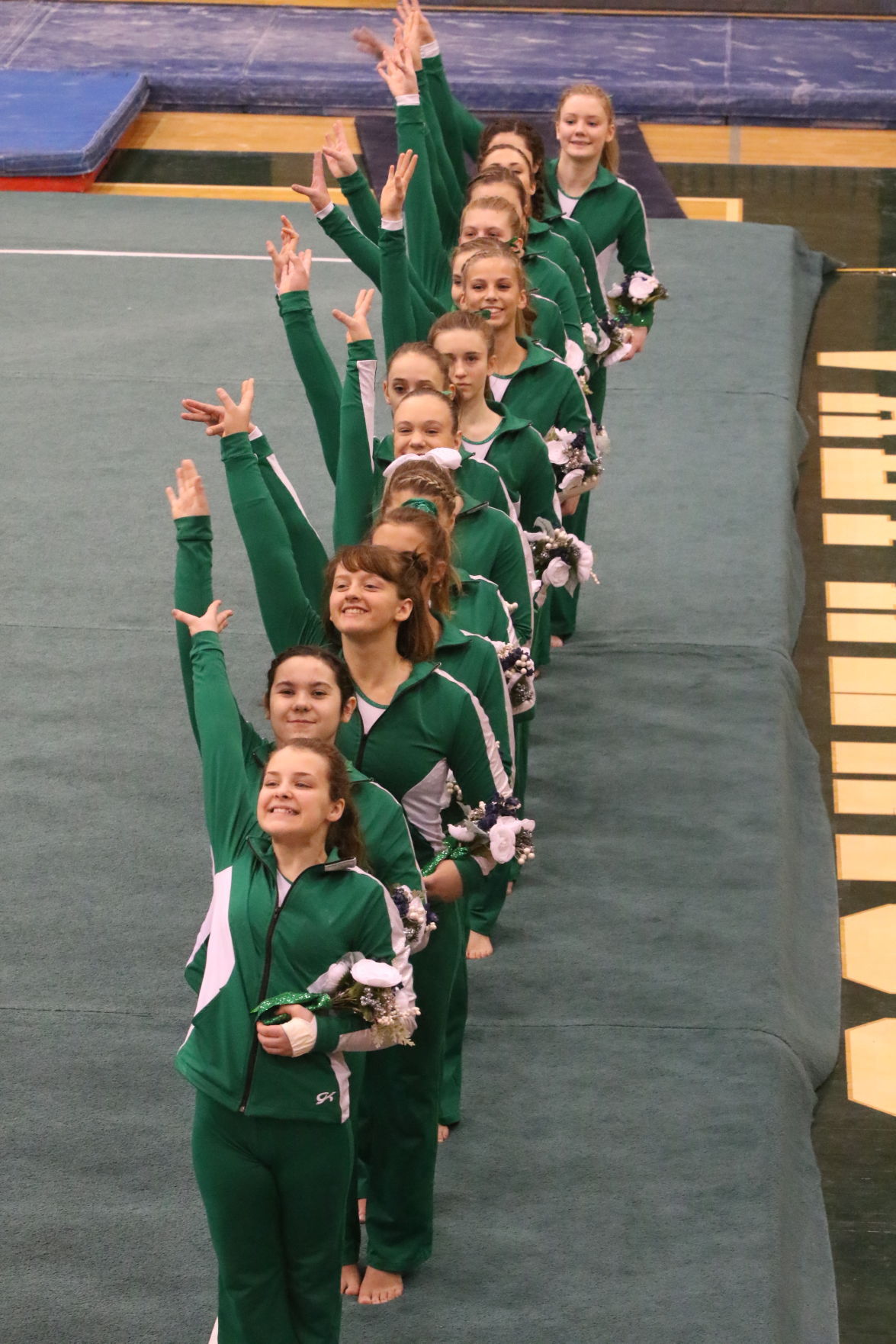 Valparaiso has finished first or second in the last nine state meets. Region teams have placed one-two three times -- 1992, 2003 and 2014 -- and have a chance to do the same Saturday.

In the early days of Indiana prep gymnastics, when only the regional winner advanced, just one Region team qualified for the state finals.

It took something crazy to happen, something that hadn't happened before and hasn't happened since, to change that. That something was Merrillville and Valparaiso tying for first at the Wawasee Regional in 1992.

"I remember it extremely well," Vikings coach Lorie Cook said. "I think Jodi Campbell was on floor last for Merrillville and if she scored nine, we wouldn't go (to state). I kept thinking, flip the eight, flip the eight. It was several minutes where they were still talking, not doing a lot. I finally went down and said, 'Could you please flash the score?' Lo and behold, it was an 8.95 and we were tied."

"We were like, now what?" Roberts said. "There was no way to break the tie."

By chance, Region native and Indiana High School Athletic Association assistant commissioner Mildred Ball was on hand and affirmed both would advance. For the first time, Northwest Indiana had two teams qualify.

"We were ecstatic," Cook said. "I think (Merrillville, Valpo and Portage) were (ranked) one, two, three and deservedly so. It was a great statement for the area. It was a 10-year battle starting in 1990 to get more than one team to state. It was the year after our first proposal was shot down resoundingly."

The following week, the Pirates and Vikings went one-two, the ultimate validation of Region gymnastics.

"Every other area is not like here," Roberts said. "In the past, you had the high echelon, the middle was mediocre and the others, it was like, what are they doing here?"

Great teams from the 219 continued to miss out even after '92. It wasn't until 2000 when the IHSAA passed the addition of second-place teams from regionals. That move coincided with the advent of class sports.

"I believe (that) helped tremendously," Cook said. "One of the arguments was they thought it was great for kids to be a part of a team. The best thing about high school gymnastics is the team aspect, the benefits I believe you get being on a team. That's the beauty of it. Individual is secondary."

"Many in the state didn't have gymnastics and didn't understand," Cook said. "She went out on a limb to speak up when I'm sure it may not have been popular. It doesn't pass without her."

In 2014, regionals were cut to three. To the relief of coaches, third-place finishers were added, bringing the field to nine, though good teams still miss out. Michigan City had a 110.15 in the sectional, but left with just a pat on the back, placing fourth in a meet where six teams tallied at least 108.65.

Should there be more? Cook thinks the system is working, while Roberts wouldn’t mind adding a wild card team, the next best score not placing top three at a regional, or a qualifying standard based on scores from the previous state meet, like there is for individuals. Proposals have been rejected and nothing's come up in recent years.

"They said, no, you've got enough people at state, oh, you just want more numbers," Roberts said. "Of course we do. It's more opportunities for kids to shine, more interest in the community."

The gulf between the Region and the rest of Indiana has narrowed. For the first time in the state finals' 45 years, all nine teams have hit at least 110.

"It's the strongest representation we've ever had," Roberts said. "It's historical in the sport."

Valpo's 11 state titles are easily the most. It's been first or second the last nine years. Ironically, the three times the Region has gone one-two -- 1992, 2004 and 2013 -- the Vikings have been second. With Chesterton and Valpo near the top of the rankings all season, there's a good chance it happens again Saturday. Who knows? Maybe the 25th anniversary of the tie will be commemorated with a repeat.

"It's a hard road up here, even with three teams going, to keep making it happen," Cook said. "It's icing on the cake."

VALPARAISO —  Winners of the last nine regional titles, Valparaiso was back on its own turf.

CHESTERTON —  For the last 13 years, Valparaiso has reigned supreme in the sectional.

Chesterton and Valparaiso are both contenders for the state title Saturday. Region teams have gone one-two three times in the 45-year history of the meet -- 1992, 2004 and 2013.

Valparaiso has finished first or second in the last nine state meets. Region teams have placed one-two three times -- 1992, 2003 and 2014 -- and have a chance to do the same Saturday.