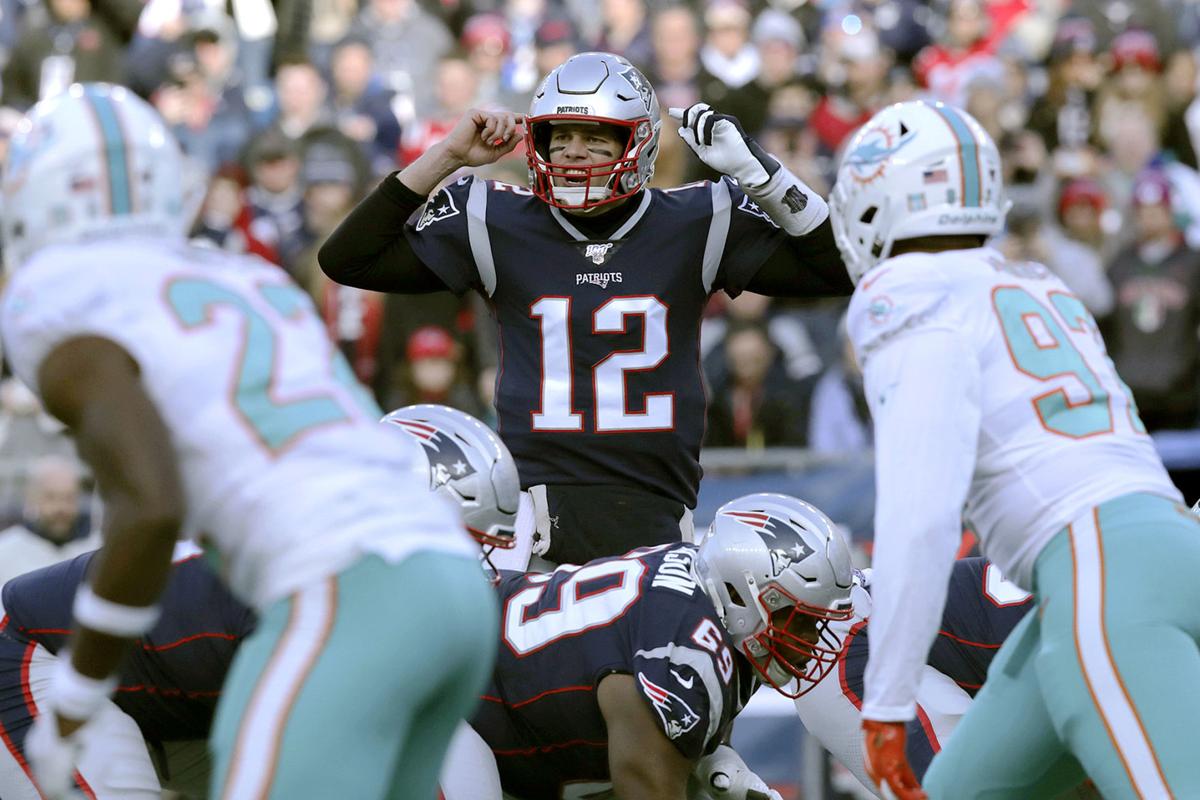 Around these parts, you're likely a Bears fan or a Colts fan. Either way, you're waiting for August to roll back around.

(Of course, I'm hip to the fact the Region oddly has its fair share of Packers fans, too, and if you're one of them, congrats on the bye week in the opening round.)

But even without the Bears and Colts in the postseason, the NFL Playoffs are marching on, anyway, and there are plenty of interesting storylines on the road to Super Bowl LIV at Hard Rock Stadium in Miami.

The Patriots have played in three straight Super Bowls and won two of them, but they're limping into the playoffs this year and very much are a popular pick to not make it back there — especially in an AFC with the high-powered Ravens and Chiefs ready to stake claim on a conference New England has owned for years.

In the NFC, the Saints last made the Super Bowl after the 2009 season, when they beat the Colts — in Miami. And even though they're the No. 3 seed, they might be the best thing going in the NFC despite the 49ers and Packers owning the same 13-3 records.

The skinny: The No. 5 Bills against the No. 4 Texans might not seem like a very sexy game on paper, but it might pack a punch. The Bills had the No. 3 defense in the NFL during the regular season. The other side of the coin shows the Texans with the fifth worst defense in the league. But that below-average defense might not matter against a Bills offense that is below average, itself. Of the Bills' 10 wins this year, only one came against a playoff team — Week 5 against the Titans before the Titans turned on the juice for the second half of the season. The Texans have more quality wins among their 10, and are at home. They're banged up, but if quarterback DeShaun Watson can play mistake free, and if standout wide receiver DeAndre Hopkins can finally have a playoff game worthy of his regular-season stature, the Texans will win at home.

The skinny: You're not misreading things. The Patriots are, indeed, playing in the first round of the playoffs, without a bye, for the first time since 2009. The reason they're here is they laid an absolute egg in Week 17, with a first-round bye on the line, against the Dolphins, who were one of the worst teams in the league. That loss came at home, and to a team they beat 43-0 in Week 2 on the road. That doesn't exactly elicit a lot of confidence with the greatest dynasty in NFL history. The Pats managed 12 wins in the regular season, but nine of them came against teams with records of .500 or less. Their other three wins came by seven points or less. The trendy upset pick this weekend is to take the Titans, who won five of seven down the stretch on the backs of QB Ryan Tannehill and NFL rushing leader Derrick Henry. But Patriots QB Tom Brady has been in the playoffs before, clearly, and he's the G.O.A.T. for a reason. Despite the struggles, it's hard to pick outright against the Pats at home.

The skinny: This is Drew Brees, at home. There isn't much more to say than that, to be honest. In the last six games of the regular season, Brees threw 22 touchdowns and just one interception. His full season numbers were down a little, but just because he missed some time with an injury. But he's playing his best when it counts — down the stretch. And if the Seahawks would've had gained a few more inches against the Niners and won in Week 17, Brees and the Saints would have a bye this week. Expect him to look for Michael Thomas a bunch. Thomas set a new NFL record with 149 catches. If the Vikings' middling pass defense manages to hold Thomas in check, Brees will find tight end Jared Cook or Alvin Kamara out of the backfield. Those two combined for 124 receptions and more than 1,200 yards. The Vikings are a fine No. 6 seed, but frankly they're just average in most places — and being average against the pass is a death sentence against the Saints, who went north of 30 points in 11 of their 16 games.

The skinny: The Eagles might just be in glad-to-be-here mode, and that could make them dangerous. At 5-7 heading into Week 14, Philly started a four-game streak to close things out and hold off the Cowboys to make the playoffs. Carson Wentz had a great year by spreading the ball all over the place. None of his wideouts had more than 500 receiving yards. But that parity in the offense can be effective. The Seahawks lost three of their last four and are backing their way into the postseason. They also lost their top three running backs and were forced to sign former standout Marshawn Lynch out of retirement just to get through Week 17 with rookie Travis Homer. But maybe Lynch's return is a morale boost, and having Russell Wilson at QB always makes Seattle a threat — if he can find openings to throw. That's what the Seahawks need to do to win.

Matt Erickson is an award-winning writer and editor based in Northwest Indiana. He is an assistant sports editor for USA Today's MMA coverage and also occasionally writes about the Oscars, food and travel for The Times.