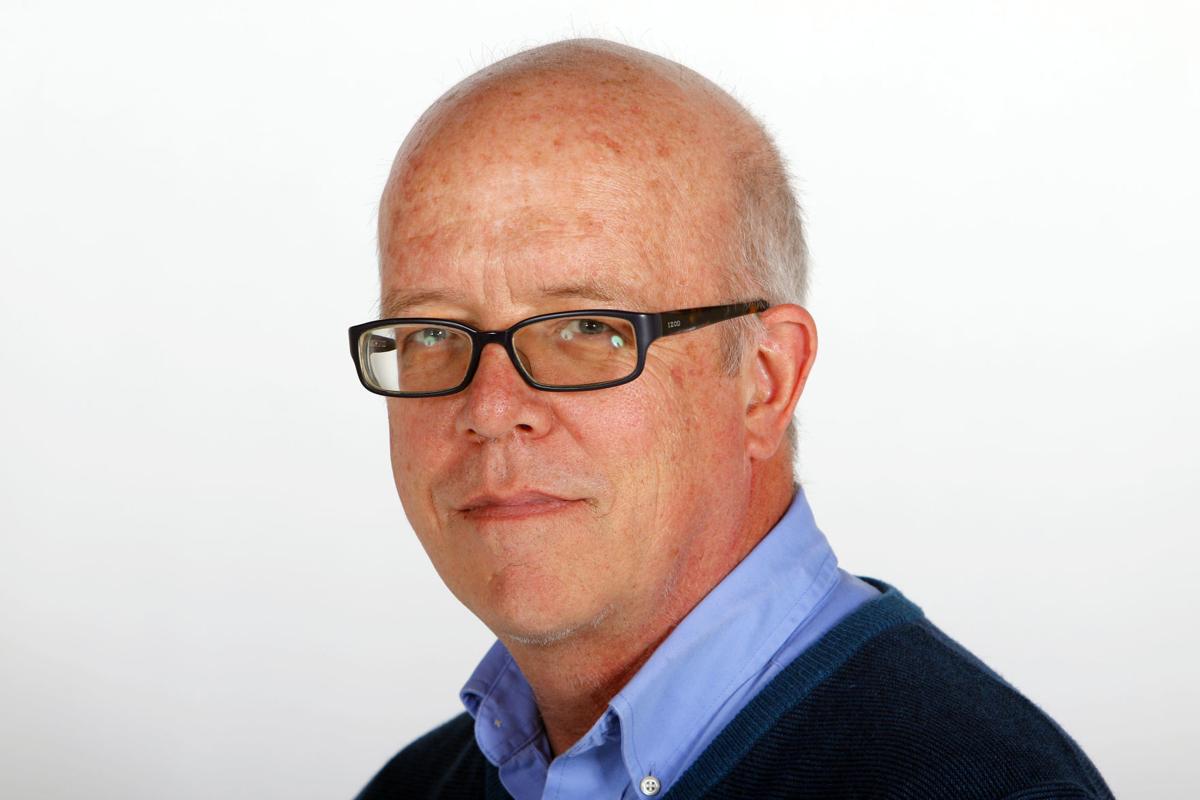 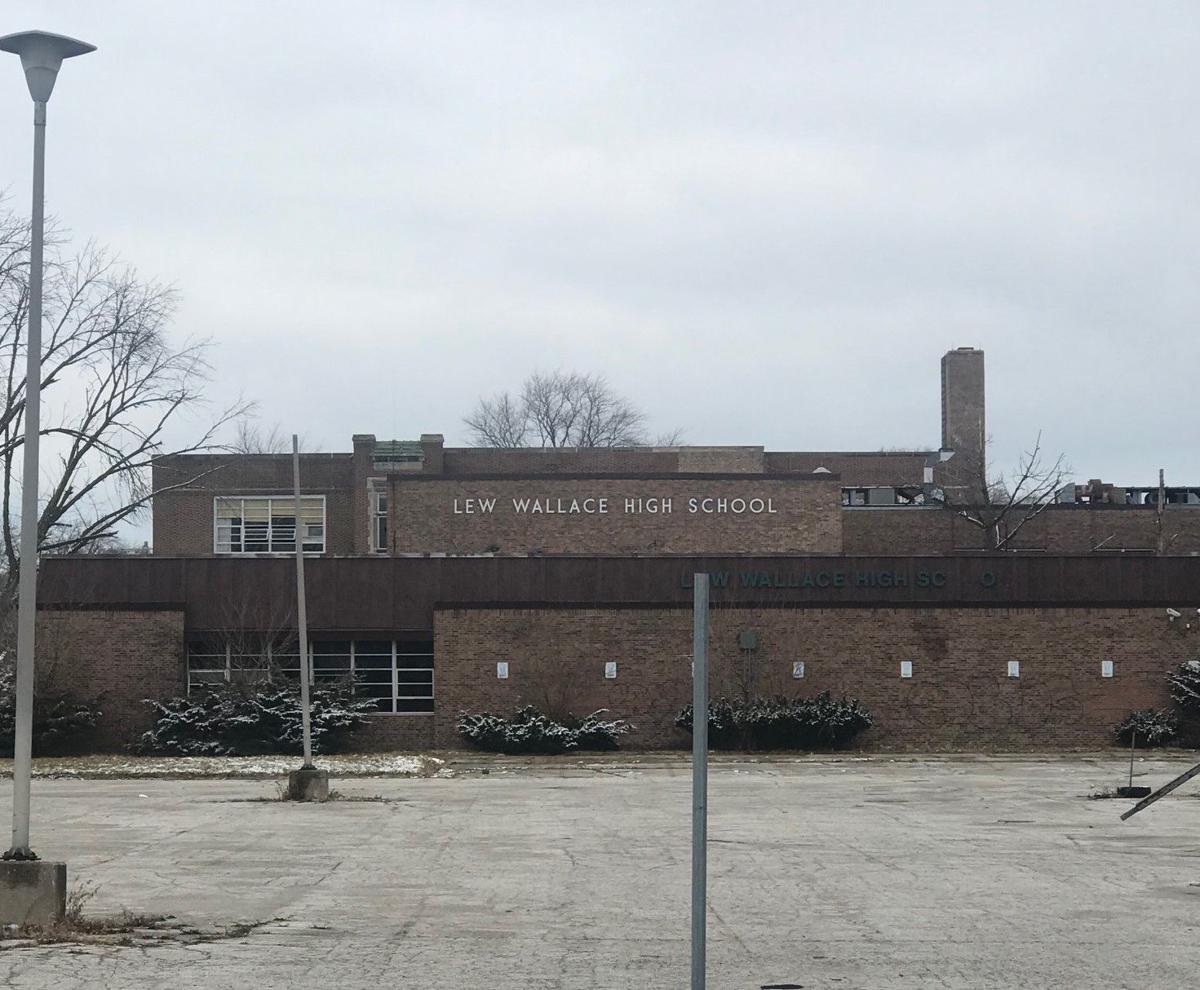 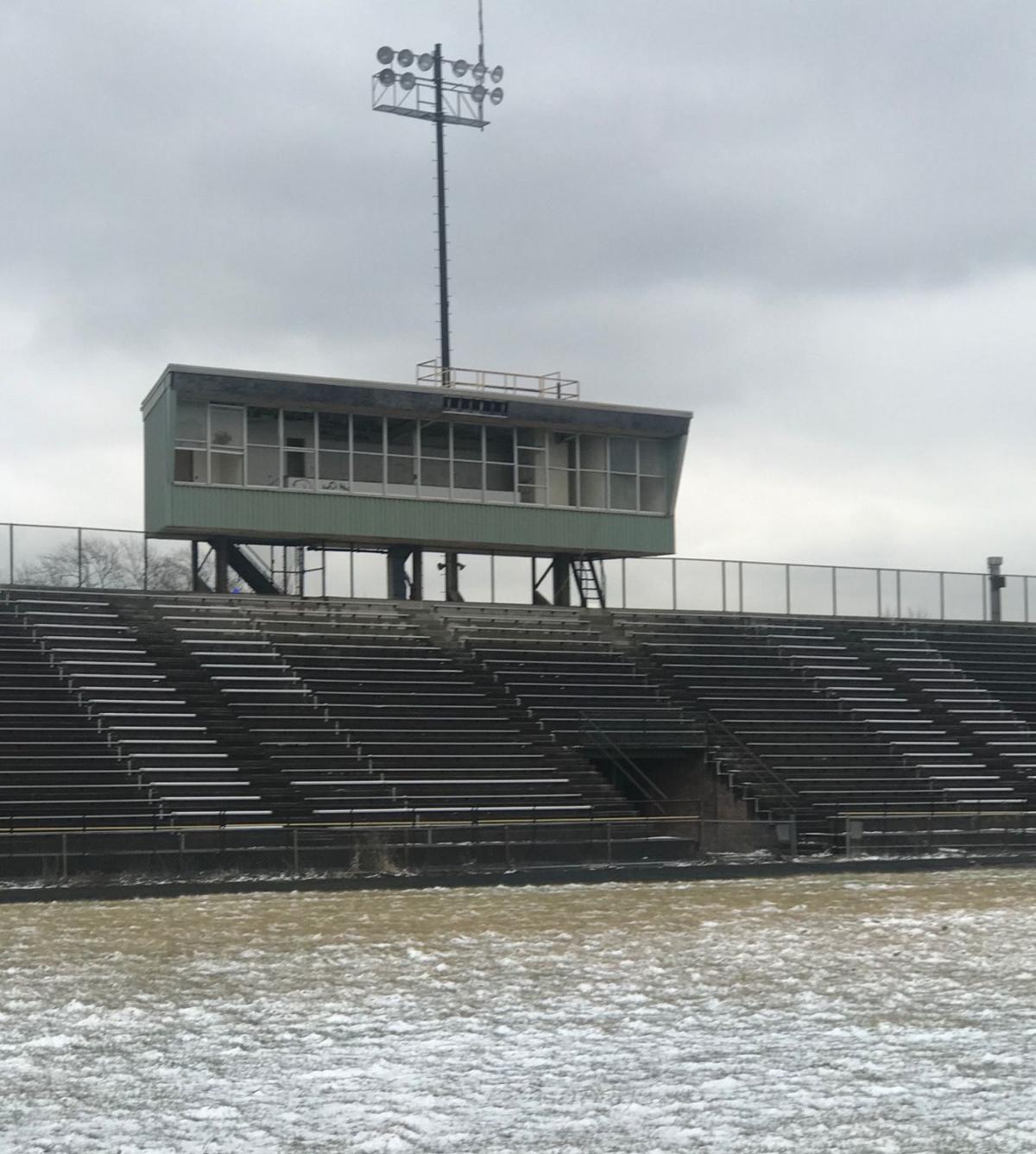 Shown is the football press box at Gary's former Lew Wallace High School, which closed in 2014. 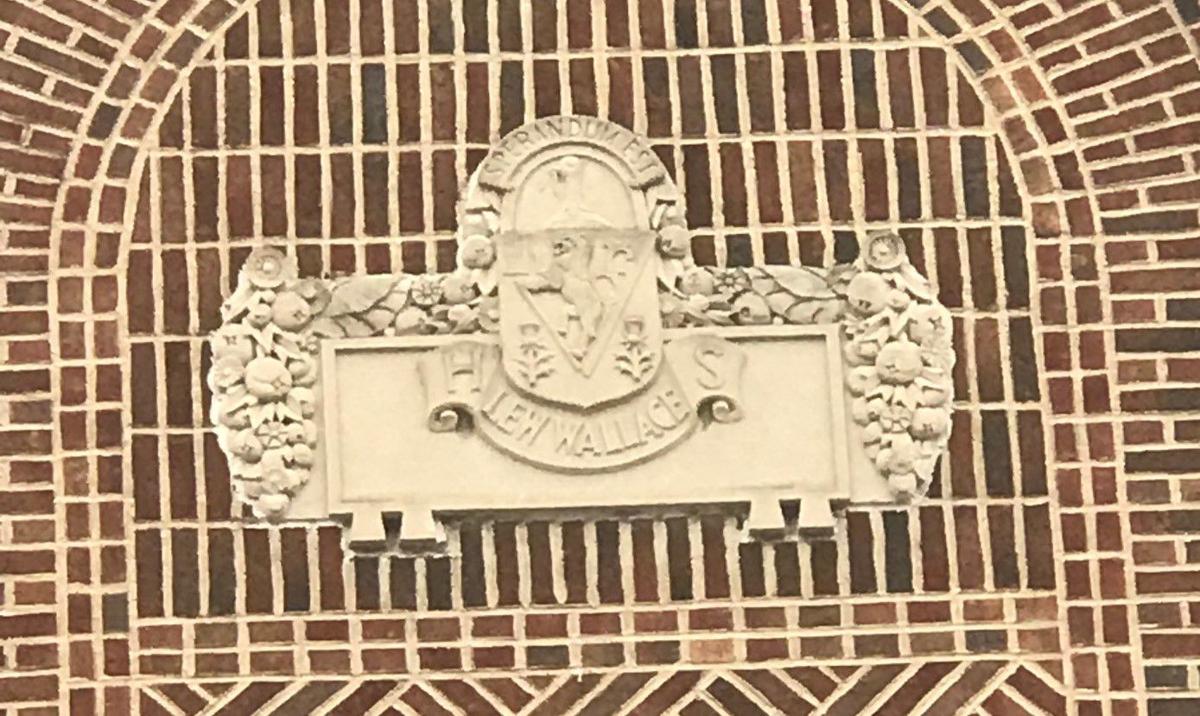 Shown is a closeup of the stonework on the facade of the former Lew Wallace High School in Gary, which closed in 2014.

He lived in the Morningside neighborhood and walked to work at Lew Wallace High School, an anchor of the city's south side and one of Gary's five public high schools.

Smith coached basketball for the Hornets before taking over as city athletic director and overseeing a sports program that turned out some of the Region's best in basketball and track.

Those days are long gone. We were reminded of that this week when incoming Gary Mayor Jerome Prince — in one of his first moves — signaled his desire to tear down Wallace and eight other shuttered schools.

Smith loves what the school was. But he hates to see what it's become: a shell of its former self, more or less abandoned after being closed six years ago.

"I only see a sore spot," Smith said on Friday. "Even I'm in accord with removing it.

"I spent some quality years there. But it's not the same (anymore)."

I drove over to Wallace on Saturday afternoon to see for myself. I can't claim the same emotional attachment as Smith, but do have the perspective of more than three decades on the Region sports scene and plenty of memories of the Hornets' glory days.

So many great athletes first came across our radar here, including Tellis Frank, who spent five seasons in the NBA during a 15-year pro basketball career, and current Calumet College of St. Joseph's women's basketball coach Angela Hamblin-Blakely, a former WNBA player who was just named to the Indiana Basketball Hall of Fame.

Now, it's just a silent, decaying shrine to those glory days. The marquee on the sign along 45th Avenue still advertises the school's final commencement ceremony, six years ago — complete with shoutouts to the last valedictorian and salutatorian. Around back, the football stadium that hosted its last game in 2013 looks ready for another season.

But everywhere else are the signs of neglect that made demolition such a priority for Prince. Dozens of windows are open to the elements, leading to who knows how much damage over six Region winters and summers. Minimal efforts have been made to secure the building, though apparently more than at some of the city's other abandoned schools.

Still, there are signs of what once was, including some intricate stonework on the south facade. If the building is indeed torn down, perhaps that can be one tangible memory to be preserved.

Smith has a useful perspective on what's happened to the city's public high schools. He also agrees with Prince's call to tear down Horace Mann, shuttered since 2004 and apparently in much worse shape than Wallace.

And he thinks it's time to come to some kind of reckoning about Roosevelt, whose students are in limbo, attending classes at Gary Area Career Center since burst pipes rendered the building unusable in 2018.

"It's kind of hard when you start thinking about all that was here and what we don't have currently," Smith said.

Toward that end, he thinks the solution could be building a new high school for the city. After seeing what years of neglect have done to the schools that once served the Steel City so well, I think he has a point.

Let's start thinking about how best to serve the city's kids in the future — rather than keep trying to lay blame for how things went so wrong to get to this point.

Shown is the football press box at Gary's former Lew Wallace High School, which closed in 2014.

Shown is a closeup of the stonework on the facade of the former Lew Wallace High School in Gary, which closed in 2014.