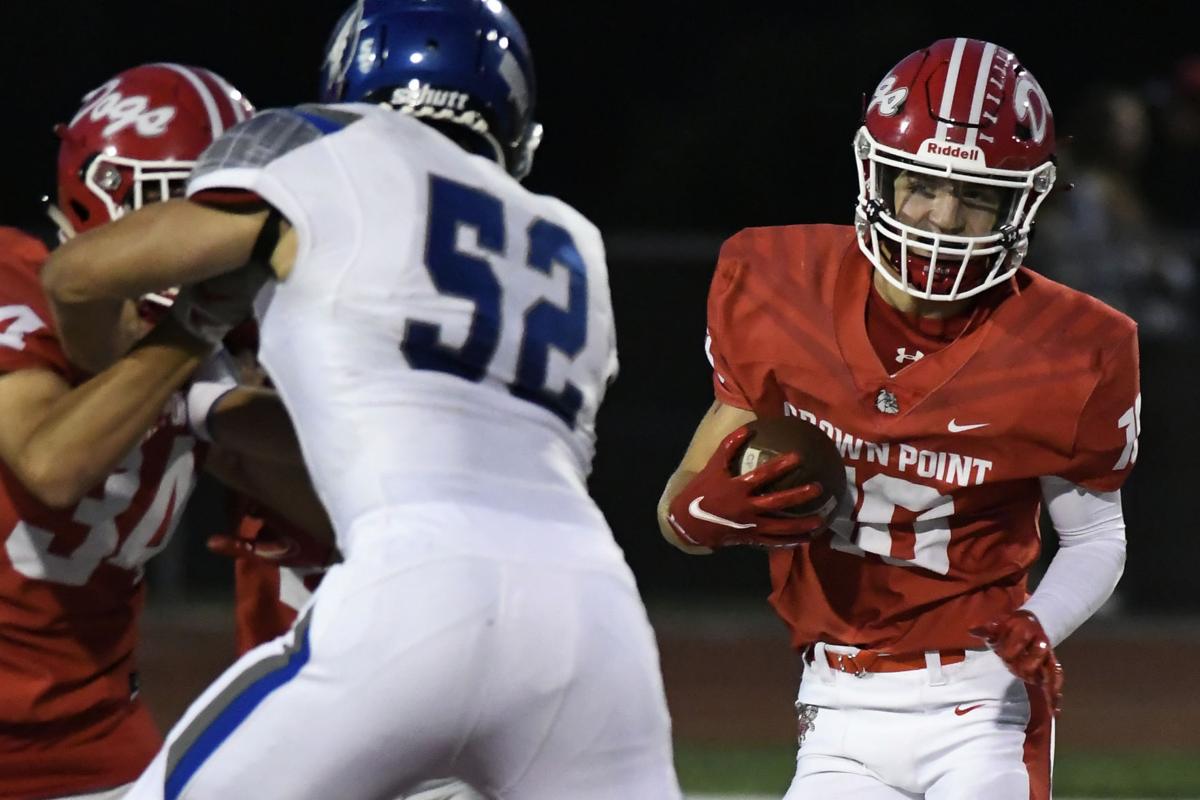 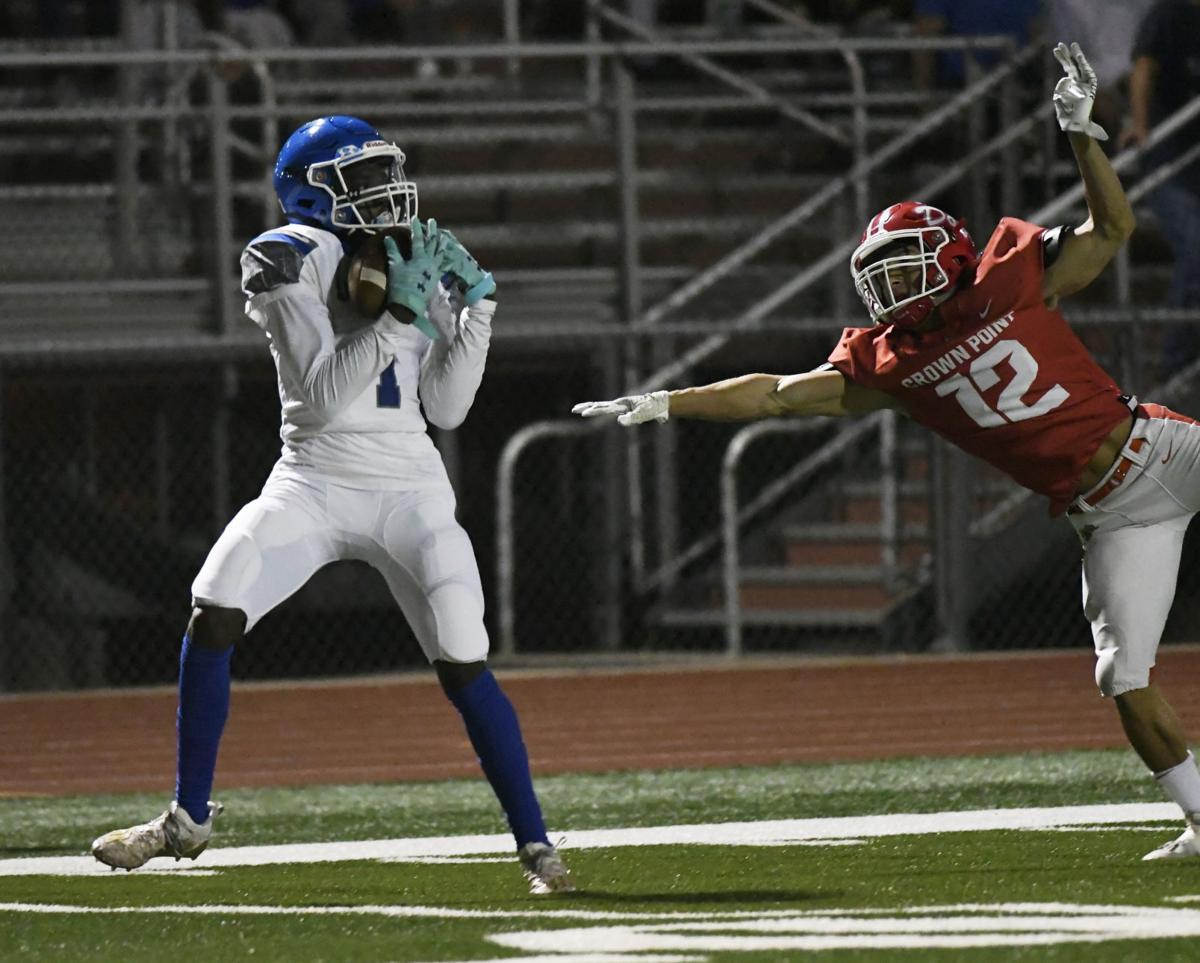 The sophomore caught the only Crown Point touchdown pass Friday, but it was his carries out of the backfield in the fourth quarter that sealed a 16-7 win over Lake Central.

“The first couple plays (at quarterback) are always tough to read. It gets me a little antsy but the more it goes, I just love it,” Johnson said. “I’m just glad they trust me to do it. It’s a great opportunity to go out on the field as a sophomore and make some plays with our guys.”

Johnson ran it four times for 19 yards on the final drive, eating up the clock.

The Bulldogs defense also came up big in the Duneland Athletic Conference rivalry. The Indians were held to minus-5 rushing yards.

“We expect our defense to play well. Consistently, we play well year in and year out on defense,” Bulldogs coach Kevin Enright said. “Offensively, we can get in our own way at times with drives stalling and we didn’t do well establishing field position. You go through nights like tonight and you hope you come out on top.”

Both teams struggled to move the ball in the first quarter and traded punts.

Matt Walters finally broke through on the first play of the second quarter with a 34-yard touchdown run for Crown Point.

“It all starts up front. If we don’t get it done up front, you can’t throw the ball. You can’t run the ball,” Enright said. “We’re trying to find some consistency up front so we can get some momentum and establish some 10, 12 play drives.”

The Indians didn’t score in the previous two games.

The Bulldogs got control right back on the next possession, though, driving 83 yards before the end of the second quarter. Will Pettit threw his first touchdown pass of the season to cap it — a 15-yard fade to Johnson.

Johnson said he wasn’t expecting the ball on the play. CP had three receivers to his side in an effort to isolate tight end Felix Meeks.

“I just ran to the corner of the end zone and (Pettit) put it right there on the dot,” Johnson said. “It was a great ball.”

“(LC) is a neighborhood school. A lot of our guys know their guys,” Enright said. “They always play us hard. It’s one of those deals, Lake Central, Merrillville, typically these games are competitive regardless of both teams’ records.”

Here is the live scoreboard for Week 6 of the high school football season.

The Giants released Jeff Samardzija at the end of an injury-plagued season, five years after signing him.

"No matter what the deficit is, I have confidence in my guys.”

“It’s just heart and grit from the team right there,” the Lowell running back said. “I hit the hole hard, saw the cut lane and hit it. Touchdown.”

Here are the Region's statistical leaders through three weeks of the season.

Lake Central hangs on to knock off Andrean

“There was only a little bit of time left, and I just saw the opportunity. I really wanted it.”

“There’s a lot of players in the Region that are capable of scoring 100 career goals,” Wichlinski said. “I have to give full credit to my midfielder, Bruno Zamora."

“Those two weeks were heartbreaking because we really wanted to play those two games,” junior linebacker Cornell Branch IV said. “When we got back, it was strictly business.”

“I’m working hard and just trying to be the best one out there,” Connor Cervantes said. “I’m constantly trying to find the ball and be where the ball is.”