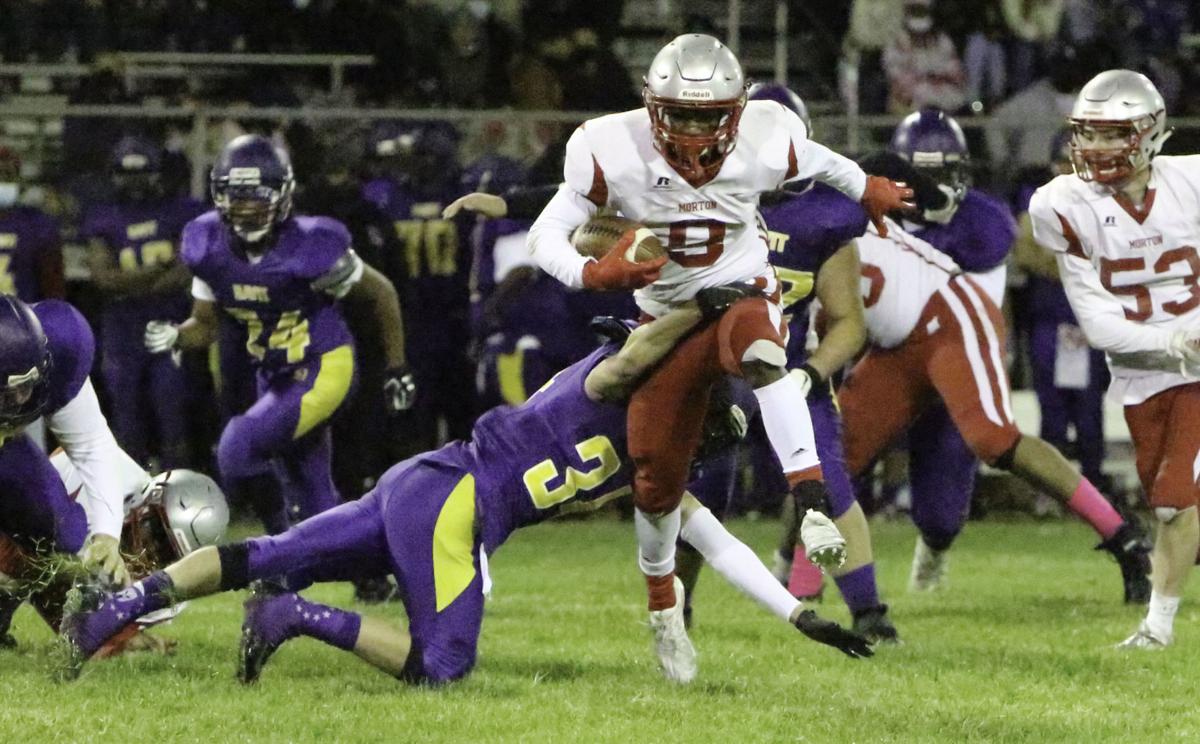 Morton’s Devan James tries to break free from Gavit’s Marcus Rosario during the first half Friday night at Gavit. 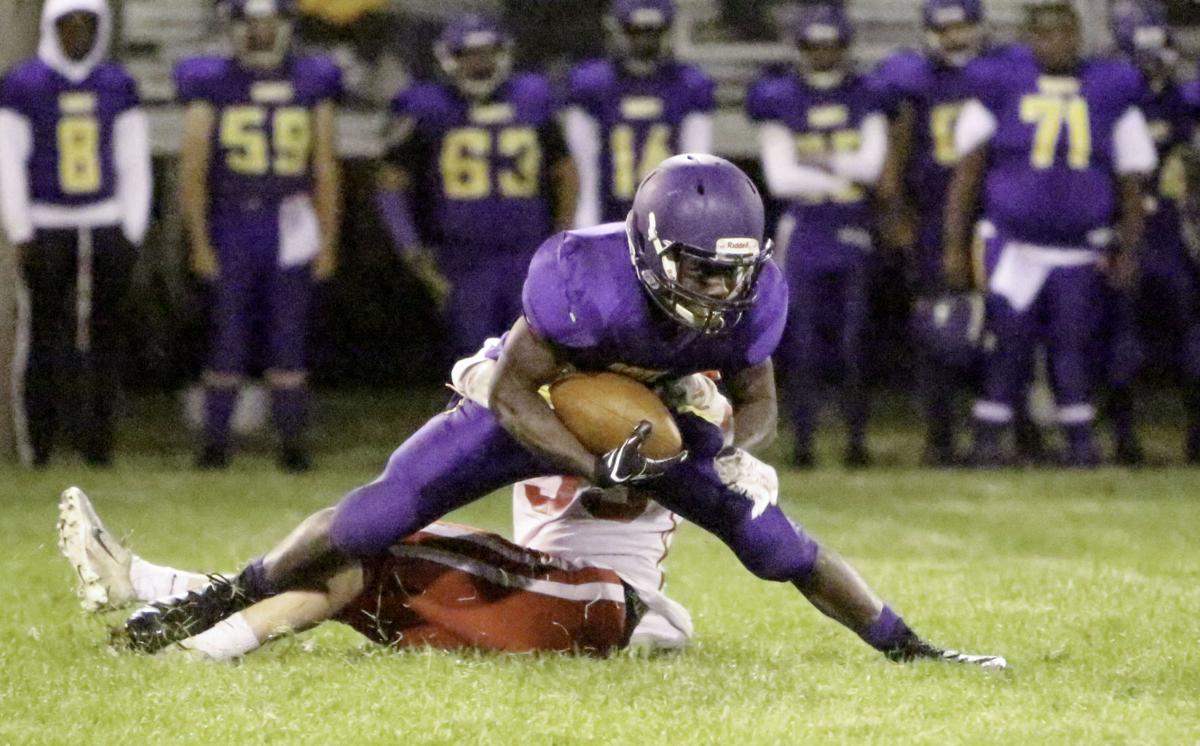 Gavit’s Joevan Lucas gets pulled down behind the line by Morton’s Chase Rosen Friday night at Gavit.

HAMMOND — Devan James did a little bit of everything to lift Morton to victory on Friday night.

The junior scored on a 65-yard punt return and a 15-yard catch in the second quarter and James added a key fourth down conversion that led to a touchdown in the third quarter as the Governors knocked off Gavit 44-14 in the final game between the two Hammond schools.

James finished with 95 total yards from scrimmage, but his most important play came midway through the second quarter when he initially missed catching a punt before picking the ball up and rumbling 65 yards untouched down the field for a touchdown.

Friday’s game marked the final regular-season game for Gavit before the school closes at the end of the year. The players from both teams will merge into one program at Morton next season. Gavit had more than 100 alumni back for homecoming as the school celebrated its history.

“It saddens everyone to see the school closing, but you know that all good things have to come to an end sometime,” Gavit athletic director Doug Friend said. “We’re going to enjoy every single moment that we have here.”

Gavit coach DJ Silvas played for the Gladiators and graduated in 1997. Silvas arrived to the field seven hours before kickoff and was the last person to walk off the field after the game.

The final meeting between Morton and Gavit got off to a competitive start as the two teams traded opening touchdowns. Ken’Shan Watkins capped off a 9-play, 50-yard drive to start the game with a 10-yard touchdown run. The Gladiators had a quick response as Joevan Lucas ripped off a 43-yard run to give Gavit a 7-6 lead midway through the first quarter.

Morton got inside Gavit’s 15-yard line on the next drive before being stopped on fourth down, but James followed with his electrifying punt return moments later to boost the Governors. James scored his second touchdown just before halftime when he caught a 15-yard pass in the back of the end zone from Josh Lamb.

“We’re going to be teammates with a lot of those guys,” James said. “I wanted to come out and show them what Morton football was all about. We’re about winning. We’re excited for the future.”

Lucas added a 50-yard touchdown run early in the third quarter to bring the Gladiators (2-1) within 20-14, but Morton rattled off 24 unanswered points as the Governors ground out 320 rushing yards.

“This is a good capstone for our regular season,” Morton coach Mac Mishler said. “We didn’t get the amount of games we wanted this year, so the chance to play for a city championship before going into the postseason, that meant a lot. To play against Gavit in this game it was symbolic.”

Morton’s Devan James tries to break free from Gavit’s Marcus Rosario during the first half Friday night at Gavit.

Gavit’s Joevan Lucas gets pulled down behind the line by Morton’s Chase Rosen Friday night at Gavit.