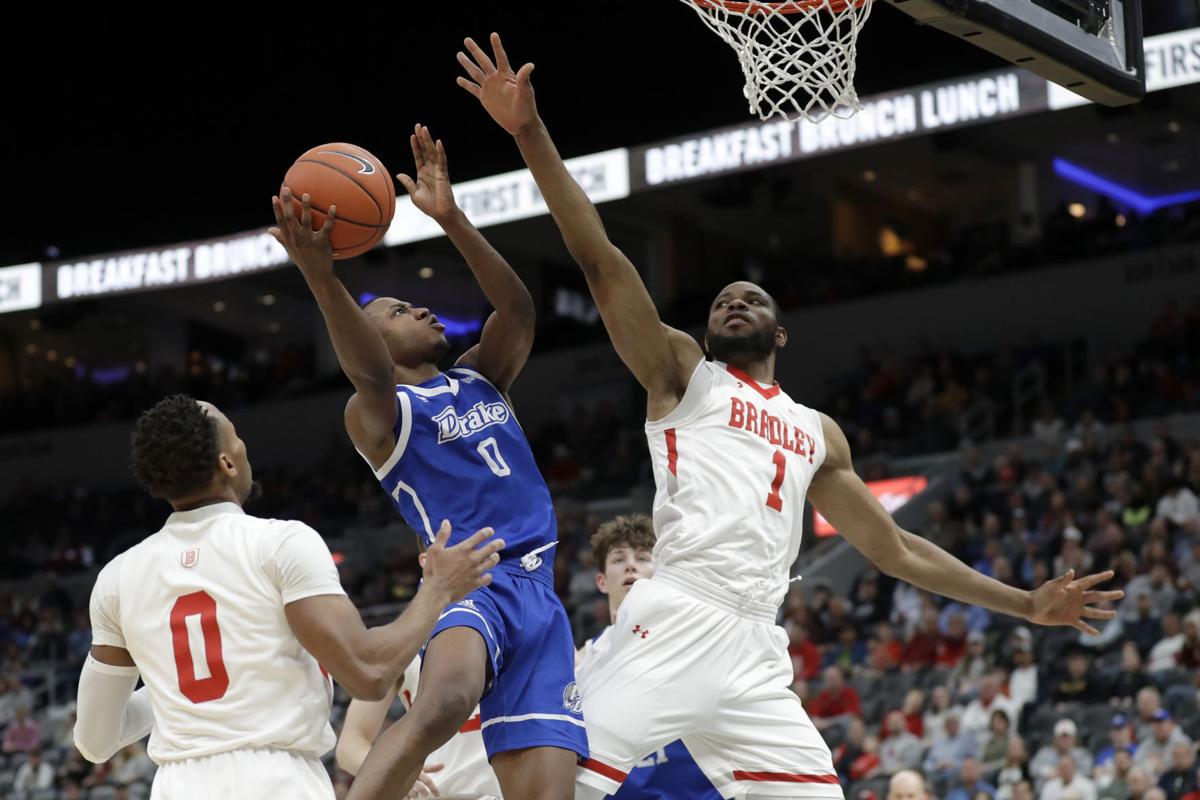 Drake's D.J. Wilkins, a Merrillville grad, is averaging 11.3 points a game this season. 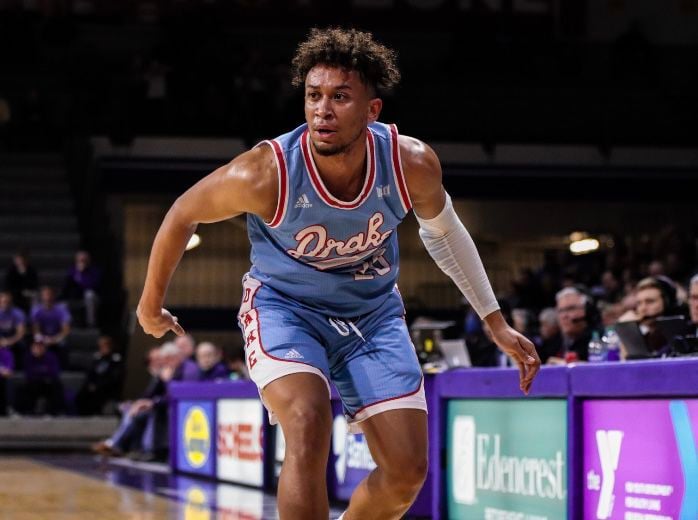 Jonah Jackson is as genuine as they come. The Merrillville product isn’t hard to please, either. He doesn’t need headlines or press clippings.

He just loves the game of basketball.

“I know my role is a 3-point specialist, but it doesn’t matter if I’m playing 40 minutes a game or not (playing) at all,” Jackson said. “I can impact the game from the bench. You should see me from the sideline — I lose my voice every game because I’m screaming, I’m talking to guys, I’m trying to keep everybody engaged.”

Jackson, a senior guard, is averaging 4.5 points a game for Drake University.

“I can go out and make 10 3-pointers and be OK, or not score at all,” Jackson said. “I just want to make an impact in the game or on the bench.

Winning hasn’t been a problem for the Bulldogs (13-0), who have five players from Northwest Indiana on the roster. Besides Jackson and fellow Merrillville product D.J. Wilkins, Tremell Murphy (Griffith), Roman Penn (Bishop Noll) and Shanquan Hemphill (Michigan City) are all producing for the team.

In fact, the Bulldogs are averaging 83.9 points per game with the Northwest Indiana fistful chipping in 49.9 points of it.

“We have a great comradery,” said Wilkins, a junior guard who is averaging 11.3 points a game and leading the team in 3-pointers. “We have guys who don’t mind getting on each other or critiquing. We can have conversations without any issues.

“We’re really comfortable with each other.”

Hemphill, a senior transfer from Wisconsin-Green Bay, leads the team in scoring (14.2) and is second in rebounds (5.2). He’s made quite the impression in his first and only season on the Des Moines, Iowa campus.

“We were fortunate because of COVID and (restrictions with) recruiting that he had a great group of Northwest Indiana guys he knew and was comfortable with,” Drake coach Darian DeVries said. “He’s really impacted our team — there’s no doubt he’s been a big reason for our success to this point.”

Hemphill has scored in double figures 11 times this season, while Wilkins is shooting over 52 percent from 3-point range. Murphy, a senior forward, is averaging 7.8 points and 4.8 rebounds a game.

Penn, a junior, is the team’s starting point guard and is second in scoring (12.1 points) and first in assists (5.8) per game. The Siena transfer was an All-Missouri Valley Conference Newcomer last season and is already second in program history in total assists.

Penn, Wilkins, Murphy and Hemphill have started all 13 games for the Bulldogs.

In addition to leading the nation in wins, Drake has won 12 games by double figures and is fifth in the nation in scoring margin at 24 points per game.

In other men’s college basketball news,

• Creighton's Damien Jefferson (EC Central) had a season-high 18 points and added a game-high six steals in a 67-65 road victory against Providence.

The senior forward, who shot 9-of-13 from the field, added eight rebounds for the Bluejays.

Louisville's Dana Evans (West Side) was named to the Midseason Top 25 Watch List for the John R. Wooden Award.

Evans, who scored a career-high 29 points on Jan. 5 against University of Tennessee-Martin, leads the ACC in scoring at 20.8 points per game.

Evans scored 17 of her 20 points in the second half of the team's 74-64 victory over Northern Kentucky.

Against Bellarmine, Evans had 11 points, three rebounds, and three assists in limited action of the No. 2 Cardinals' 97-46 victory.

“Dre has an infectious personality that keeps everyone feeling good. On the court, Dre is an intense competitor and wants to win at every cost."

Another storm system brewing for western US

Drake's D.J. Wilkins, a Merrillville grad, is averaging 11.3 points a game this season.