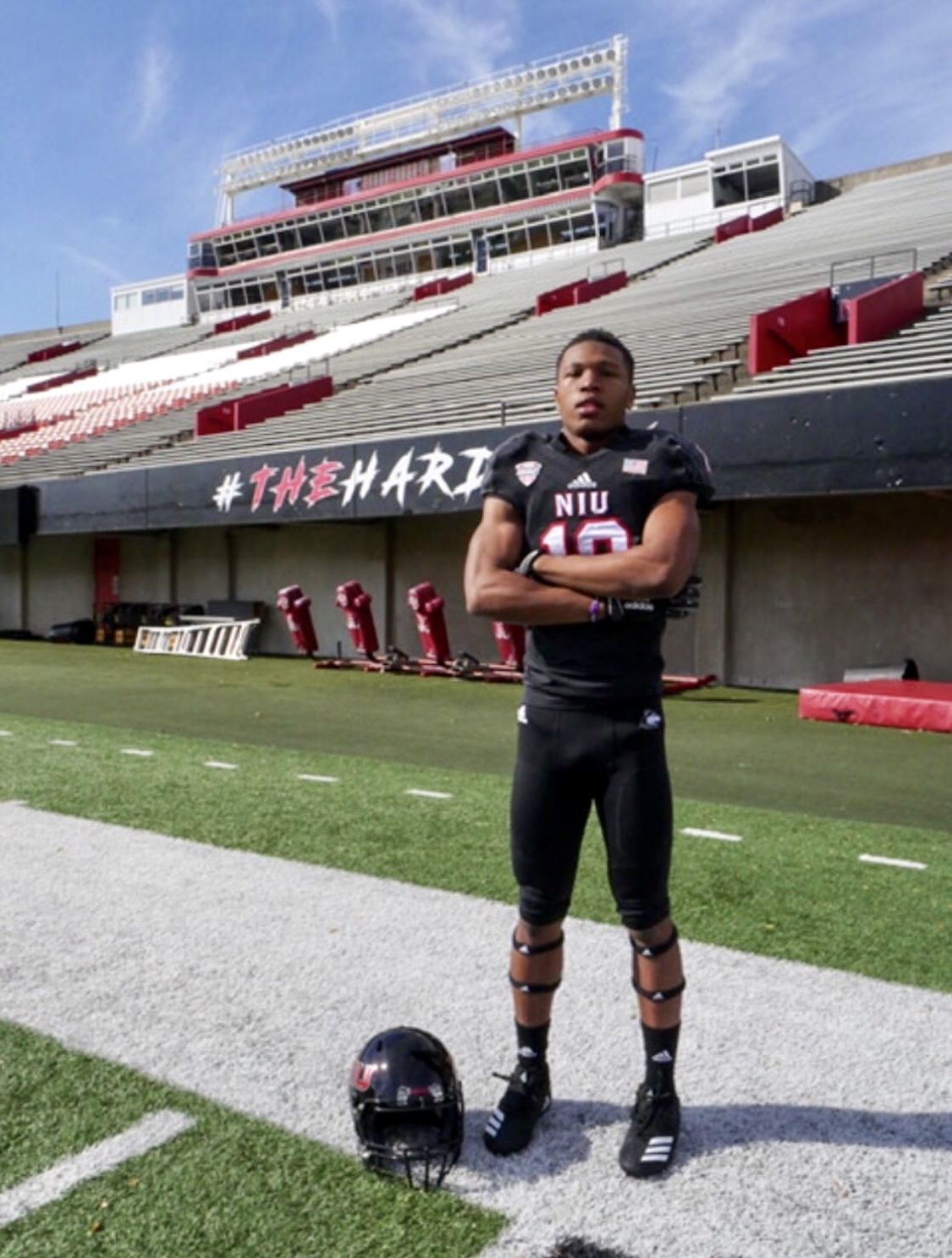 Merrillville wide receiver Jeremiah Howard will continue his football career at Northern Illinois. The senior committed to the Huskies at the end of an official visit on Sunday. 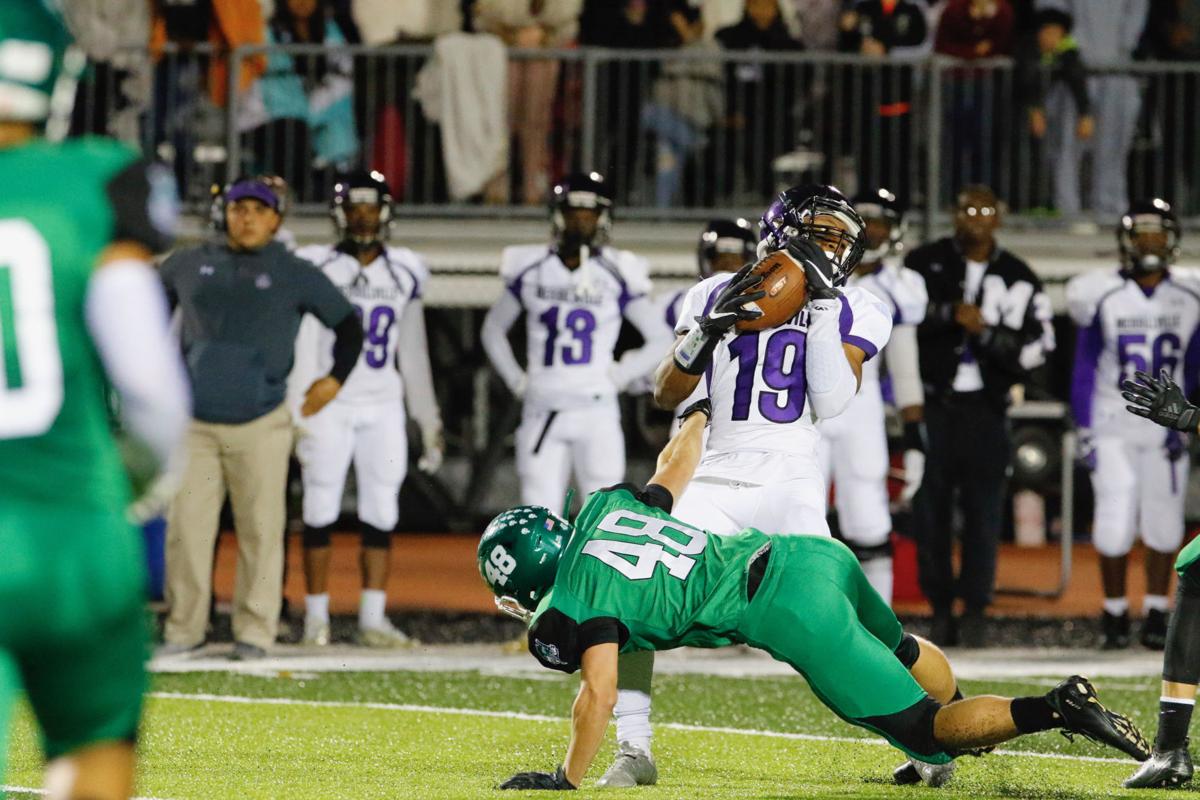 Merrillville wide receiver Jeremiah Howard has reeled in 36 catches for 727 yards and seven touchdowns this season. On Sunday, the senior committed to Northern Illinois. 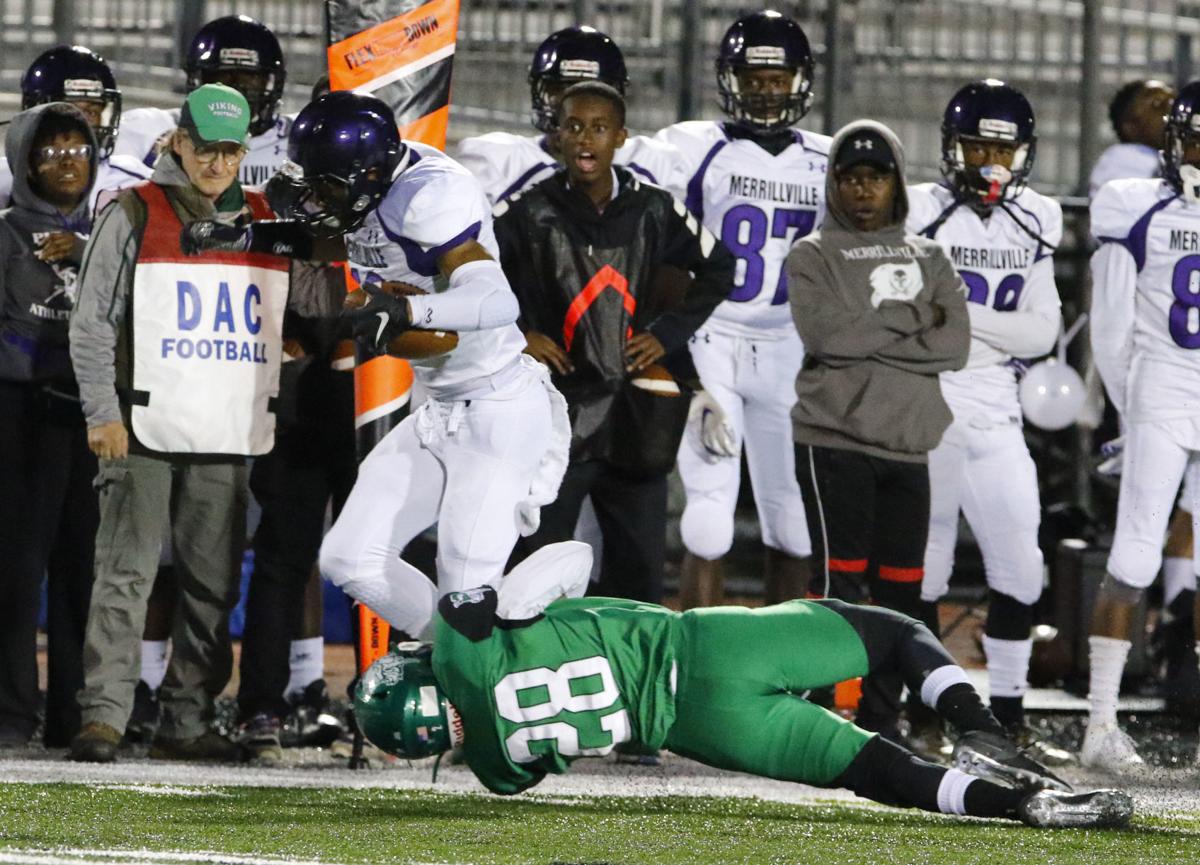 This season has served as a coming out party for Jeremiah Howard.

Merrillville’s senior wide receiver has emerged as one of the most dynamic players in the Region, and he validated that status even further with a verbal commitment to Northern Illinois over the weekend.

Since he started playing football at 5 years old, Howard has dreamed of earning a Division I scholarship. When the Huskies coaching staff offered him one at the end of his official visit on Sunday, the senior wasted no time turning his childhood dream into reality.

He committed on the spot.

Underestimated, overlooked and “slept on” are all words that Howard would use to describe his prep career — until this season. As a junior, he recorded 38 catches for 579 yards and four touchdowns. Through eight games this year, he’s nearly eclipsed all of those totals with 36 catches for 727 yards and a team-high seven touchdowns.

Howard’s most explosive performance came in a Week 5 victory over Michigan City. The senior reeled in five catches for 205 yards and two touchdowns and is averaging 90.9 receiving yards per game.

Pirates coach Brad Seiss said Howard’s ability to make plays in a variety of ways — high-pointing the ball in the end zone or turning a screen pass into a first down — is a big reason why he has the chance to play at the next level.

“He’s the best player on the field in any given game, and for him to not necessarily have some big time choices when it came to college football, I’m sure that was probably frustrating for him,” said Seiss, who played at Ball State (another school in the Mid-American Conference). “Obviously, he’s worked really hard this summer and season and opportunities have come. For him to get an offer from Northern Illinois and commit there, it’s huge for him, huge for his family.”

Regardless of his dedication and determination, Howard believes playing at Huskie Stadium next year still wouldn't be possible without his parents and their sacrifices. Once the senior decided to continue his career across state lines, he was proud to share that moment with his mother and father, who were clearly overjoyed.

“My mom cried, she teared up,” Howard said. “She was just happy seeing her son get a full-ride scholarship.”

Goals in sight for Boone Grove

Boone Grove has a pair of lofty goals within reach over the next two weeks. The Wolves are one win away from a Greater South Shore Conference title and two wins away from a school-record 10 victories.

The Wolves, who received a first place vote in the Class 2A Associated Press poll this week, have a unique challenge as they are playing conference rival Whiting in the regular-season finale and again in the sectional opener.

The Oilers have won seven of the eight games between the two programs dating back to when the series started in 2013.

"We set our goals early in the season and one of them was to win a conference championship," Boone Grove coach Dan Kukulski said. "We have an opportunity to do that on Friday."

Whiting (2-6) has ended Boone Grove's season in the playoffs in three of the last four seasons, including a 37-9 win in last season's Class 2A sectional title game. Kukulski isn't planning on using a vanilla strategy in the regular-season finale to protect his scheme for the sectional opener.

"Keeping things a secret is hard to do with everything that's out there," Kukulski said. "We're going to continue to game plan the way that we normally do and go about our business the way we have all year."

Any doubts about the importance of JaMarrion Gaines in TF South's offensive scheme were put to rest last Friday.

Healthy at last, Gaines ran for 236 yards as the Rebels beat Bremen 40-32 to take a big step toward earning their seventh straight trip to the IHSA playoffs.

"I think the key is to get to six (wins) so you don't get the big boys in the first round," South coach Bob Padjen said.

Gaines, who had been eased back into action while recovering from a concussion, is key to those plans.

"We played him a little bit against Hillcrest (a 54-13 loss in week six)," Padjen said. "But we didn't play him that much at tailback. We played him at slotback so he wouldn't get hit as much. ... This was really the first time he's had considerable carries at tailback.

"He's a quick back who gives us a lot of options."

Merrillville senior Jeremiah Howard has emerged as one of the top wide receivers in the Region and reeled in his first Division I scholarship offer from Western Illinois.

Merrillville wide receiver Jeremiah Howard will continue his football career at Northern Illinois. The senior committed to the Huskies at the end of an official visit on Sunday.

Merrillville wide receiver Jeremiah Howard has reeled in 36 catches for 727 yards and seven touchdowns this season. On Sunday, the senior committed to Northern Illinois.