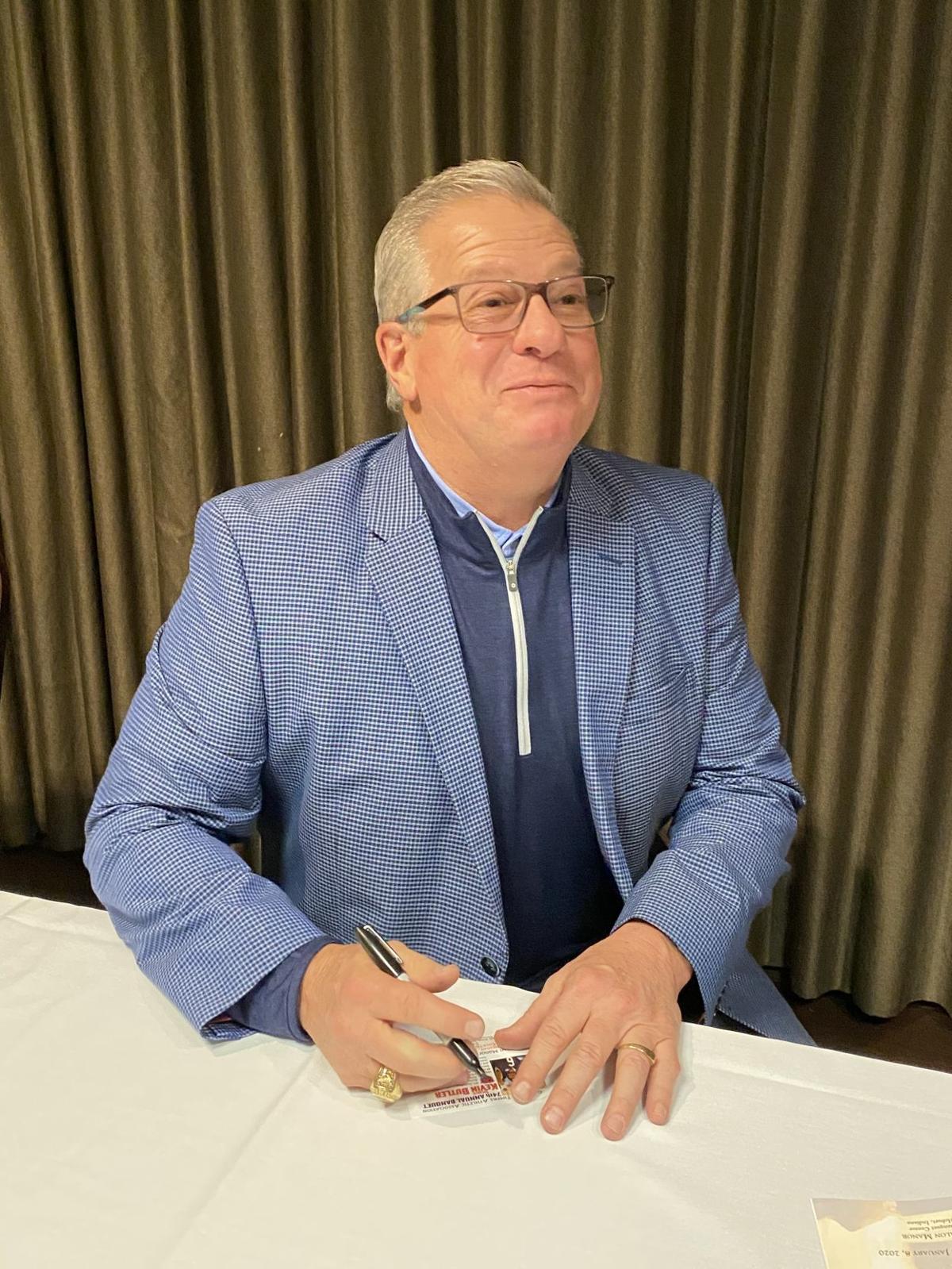 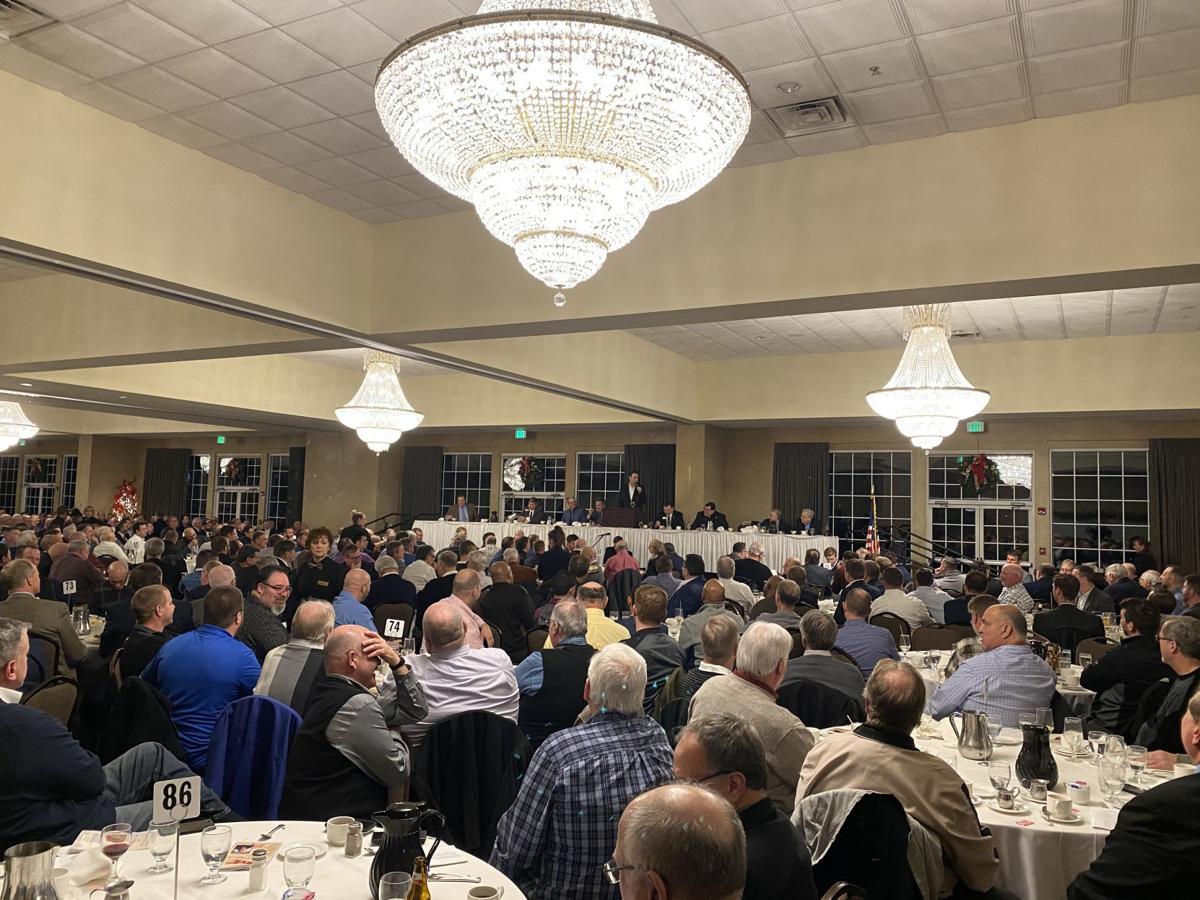 HOBART — Kevin Butler made his first appearance at the Gary Old Timers Athletic Association Annual Banquet in 25 years on Wednesday evening and the former Chicago Bears kicker took some time to look back on how things have evolved since he played in the NFL.

Butler was the guest speaker in 1994 for the 49th annual banquet and he was back at the head table for the 74th annual banquet at the Avalon Manor in Hobart in front of a packed room with nearly 1,000 attendees.

“My words are more educated now,” Butler joked. “I must have said something bad about (former Bears coach Dave) Wannstedt because he cut me the next year.”

Butler joined the Bears as a rookie in 1985 after a decorated collegiate career at Georgia where he eventually became the first kicker inducted into the Collegiate Football Hall of Fame. Butler spent 11 seasons with the Bears, winning the Super Bowl in his first season, before ending his career with the Arizona Cardinals.

“I wish I could’ve officially retired as a member of the Bears,” Butler said. “I called them up and asked, but they said no. In my mind I retired as a Bear.”

Butler talked about a manner of topics on Wednesday night, not the least of which was the famous, and perhaps infamous, Super Bowl XX champions. The Bears defeated the New England Patriots 46-10 behind a dominant defense that is viewed as one of the best in NFL history. Butler scored Chicago’s first six points of the game with a pair of first quarter field goals. Butler eventually scored 14 of Chicago’s 46 points.

“A lot of (my teammates) would be in jail, including me,” Butler said if the 1985 Bears were playing today with the eyes of social media everywhere. “It’s a whole different era. Our team was full of personalities and I think that freaked the NFL out to be honest with you. They got a much tighter grip on their marketing after they saw how big the Bears got. Everyone was bigger than the ‘C’ on the helmet and that’s not a good formula for the NFL.”

Butler went back and got his degree at Georgia after his playing career finished. He has spent time coaching at his alma mater and also serves as a radio analyst for the Bulldogs.

He continues to follow the Bears and maintains a friendship with former Chicago kicker Robbie Gould. Gould is the one who eventually knocked off Butler as Chicago’s all-time leading scorer, but ironically, it was Cody Parkey who broke Butler’s rookie scoring record of 144 points that stood for 29 years until Parkey scored 150 points with the Philadelphia Eagles in 2014.

“I don’t know too many kickers who have been treated fair when things go bad,” Butler said. “That’s just part of the game. You get your name on the front of the page when you make the last kick of the game. If you miss it, it comes with the same consequences.”

Butler is intrigued to see what comes of the Bears next season with Khalil Mack and Roquan Smith returning to lead the defense as well as Chicago entering the fourth year of the Mitch Trubisky era.

“The Bears are my team and I keep up with them,” Butler said. “I really believe that quarterbacks deserve four years before you pack them up and send them away. He made some good things happen this year, but overall, probably a C. That’s not going to cut it in the NFL. He’s got some improvements he needs to make.”

The Gary Old Timers Athletic Association honored longtime Crown Point youth baseball director Dave Hanaway as its featured honoree on Wednesday night. Hanaway has been working with youth athletes for 56 years and several of his players have gone on to professional careers, including Joe and Dan Plesac along with their nephew Zach, a pitcher for the Cleveland Indians and Jeff Samardzija, a pitcher for the San Francisco Giants.

“When they first called me about this honor, I thought they were asking for a recommendation for someone else,” Hanaway said. “This is a lifetime achievement award and I’ve been doing this for all my life. I started when I was 15 years old and almost every friend I’ve made over the last 50 years has come from being involved in youth sports.”