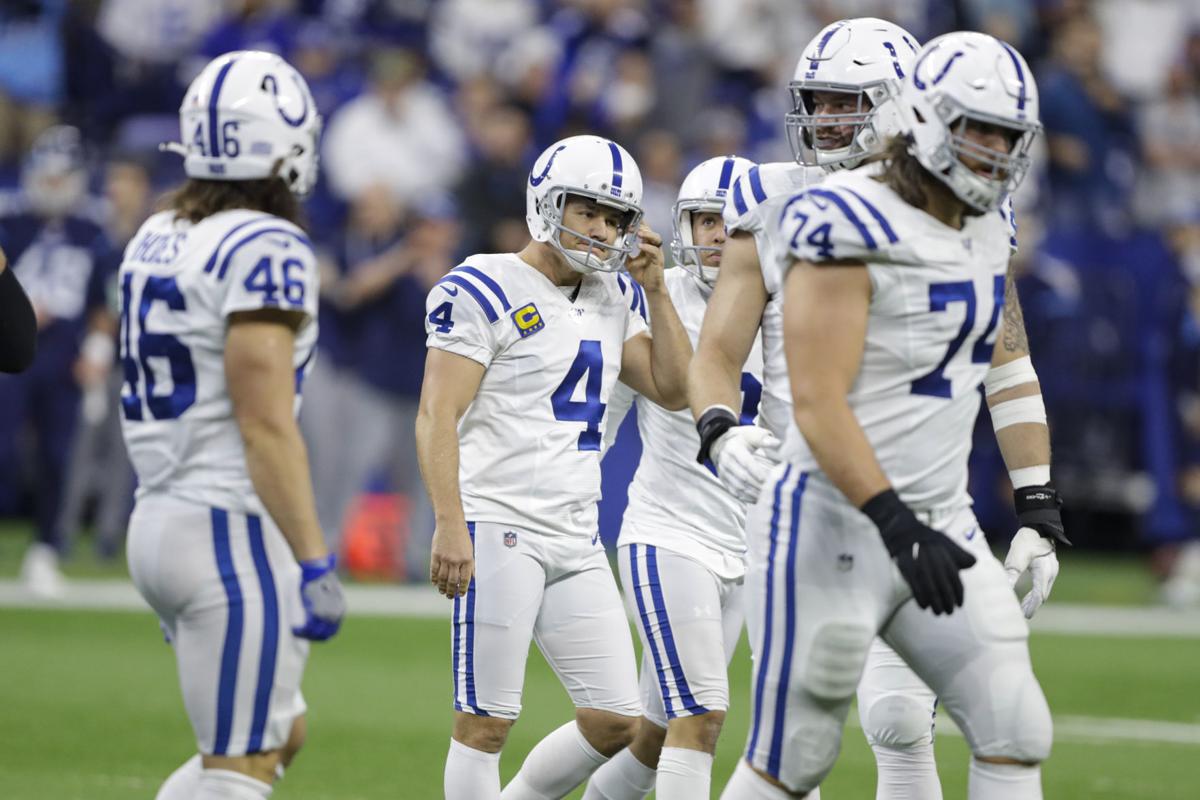 Indianapolis Colts kicker Adam Vinatieri (4) after a missed field goal against the Tennessee Titans on Sunday. 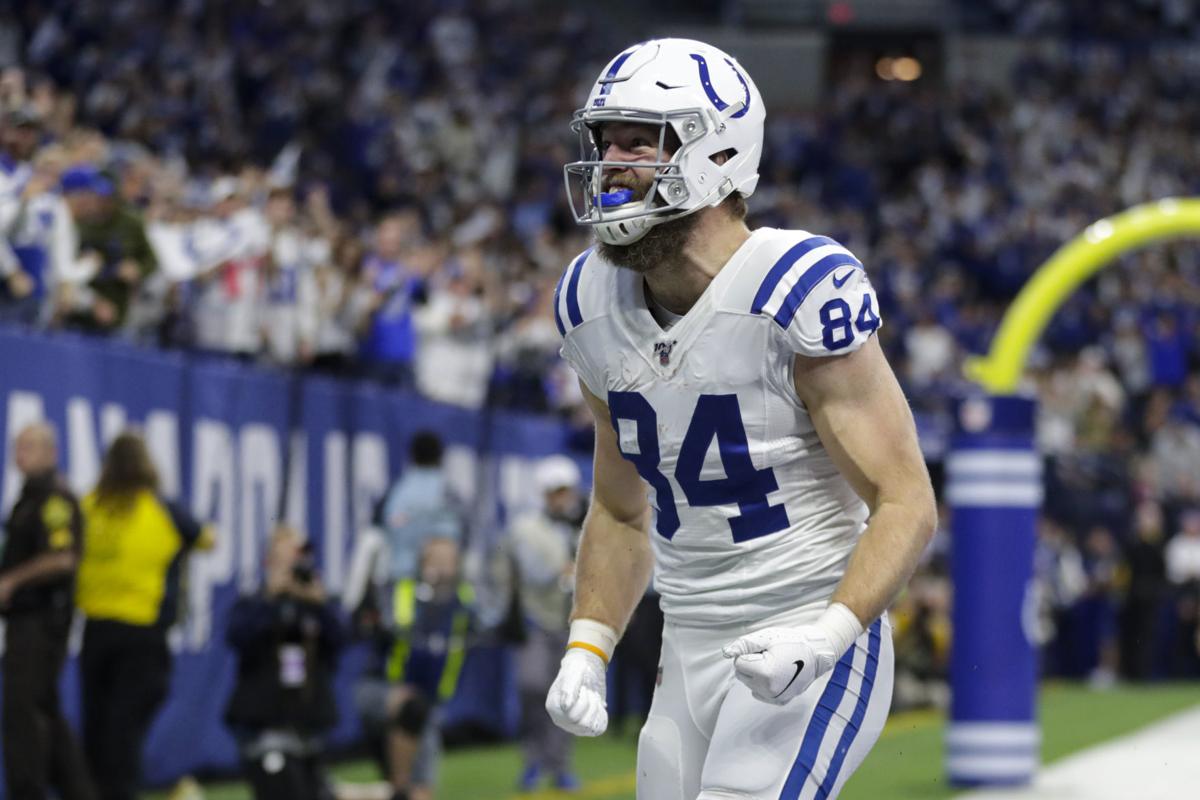 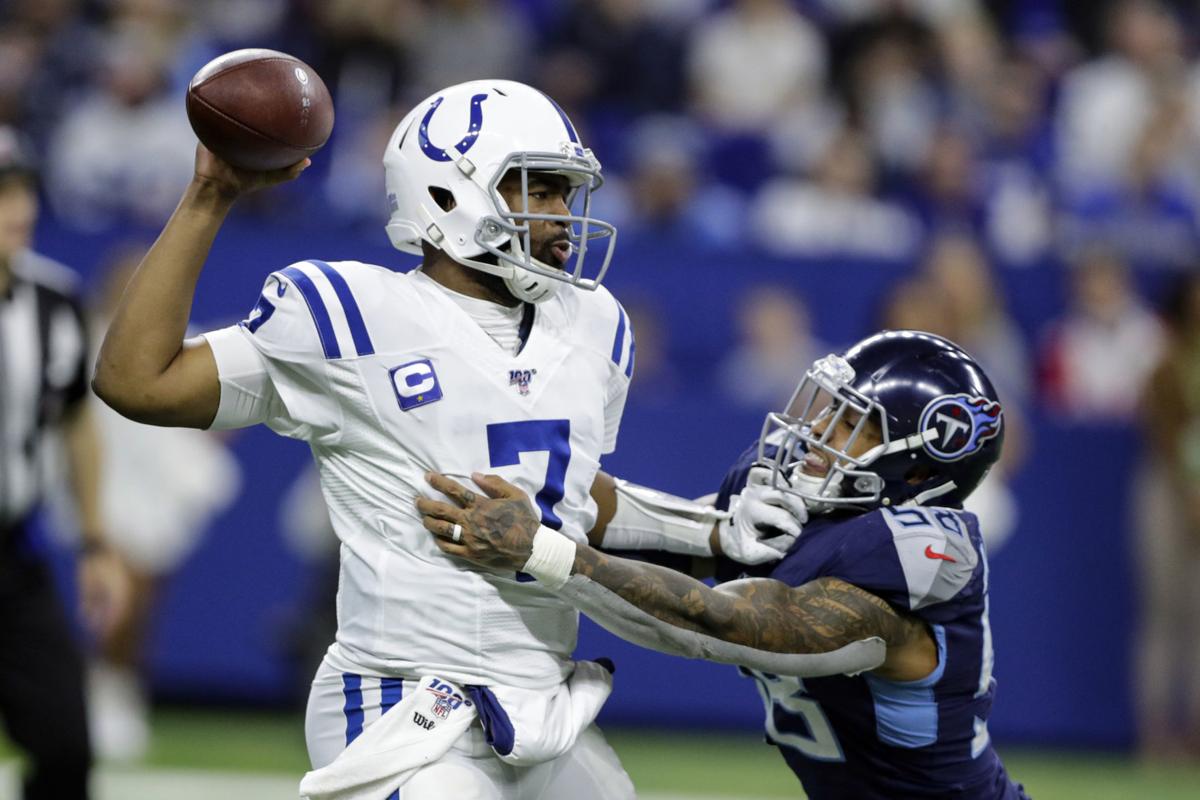 Indianapolis Colts quarterback Jacoby Brissett (7) throws an interception as he is hit by Tennessee Titans linebacker Harold Landry (58) on Sunday.

Indianapolis Colts kicker Adam Vinatieri (4) after a missed field goal against the Tennessee Titans on Sunday.

Indianapolis Colts quarterback Jacoby Brissett (7) throws an interception as he is hit by Tennessee Titans linebacker Harold Landry (58) on Sunday.

It could turn out to be a season-turning one for Tennessee, too.

Cruikshank raced through an inside gap to block a potential tiebreaking field goal late in the fourth quarter and Smith returned it 63 yards for the go-ahead touchdown to send the Titans past Indianapolis 31-17.

“It's huge,” quarterback Ryan Tannehill said after improving to 5-1 since replacing Marcus Mariota as the starter. “A division game on the road, it was a huge game for us.”

The ramifications go far deeper than just another win, though.

By snapping a three-game losing streak against the Colts, Tennessee (7-5) moved one game in front of its AFC South rival, evened the season series and has the same number of division losses as Indy. All of those could factor into tiebreaking scenarios.

By beating a foe that had won 14 of the previous 16 in the series and eliminated the Titans from playoff contention in Nashville last year, the Titans should get a major confidence boost, too.

“It's almost looking like a weapon for us,” coach Mike Vrabel said when about his field-goal blocking unit. “We blocked two and forced another miss (today). They're excited. They know if everyone does their job, we have a chance to get one. Every week we look for ways to go affect the kick, and it really comes down to effort.”

The Titans have now blocked three kicks in three weeks and forced three more turnovers Sunday to help them score the final 24 points.

Derrick Henry had 26 carries for 149 yards and scored on a 13-yard TD run on fourth down to cut the deficit to 17-14 in the third quarter.

Tannehill wound up 17 of 22 with 182 yards and two TDs — sealing the victory with a 40-yard TD strike to Kalif Raymond with 3:02 to go, exactly two minutes after Smith’s score.

The Colts have lost four of five, falling from first in the division to third and they hit the road for three of their final four games and with their injury-depleted offense finding points increasingly scarce.

This time, it wasn’t just the offense. Jacoby Brissett was 25 of 40 with 319 yards, one touchdown and two interceptions and he couldn’t generate any points over the final 25 minutes while Vinatieri missed three field goals in all. Vinatieri has missed 14 kicks — eight field goals and six extra points this season.

“I can't ever see what's going on because I'm looking down at the ball. Whenever you hear ‘pop-pop’ that's never a good sign,” Vinatieri said. “I felt like my timing and get-off time was good and all that stuff, so I don't think that was the issue, but we'll watch film and figure it out.”

Vinatieri missed a 55-yarder to the right and had a 53-yarder blocked in the first half. ... Indy’s streak of 29 consecutive games without allowing a 100-yard runner came to an end. ... Zach Pascal caught seven passes for 109 yards and Jack Doyle had six receptions for 73 yards including a 21-yard TD catch. ... Nyheim Hines scored on a 1-yard TD run in the third quarter.

“He got between the wing and our end,” Reich said of Cruikshank. “He should not get there.”