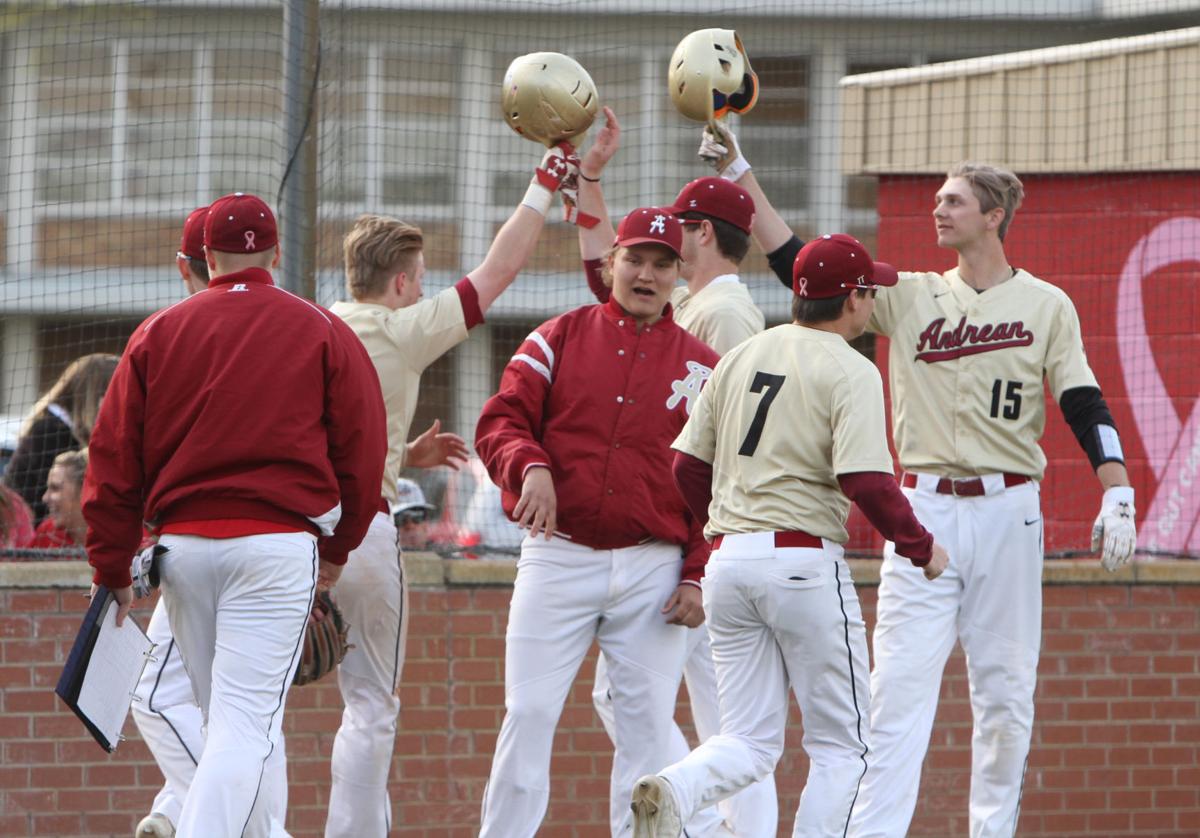 Andrean celebrates a run by Pat Reardon on Monday during a Northwest Crossroads Conference game against Munster. 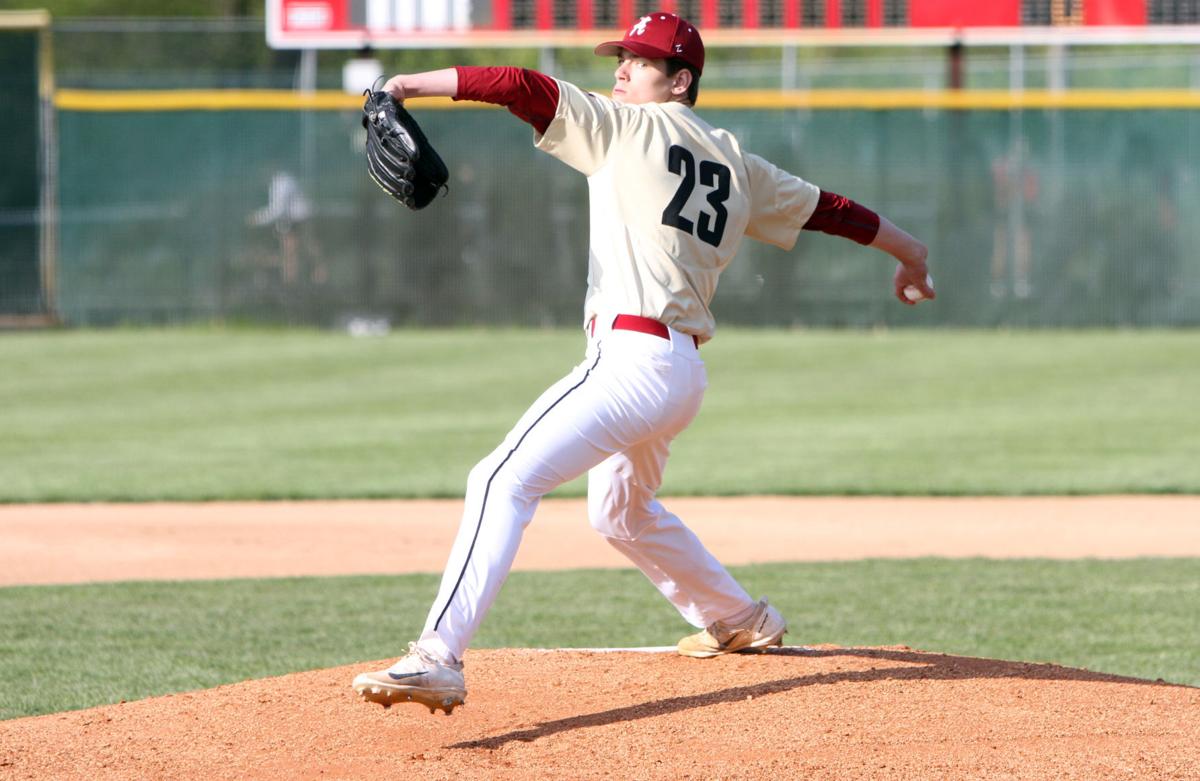 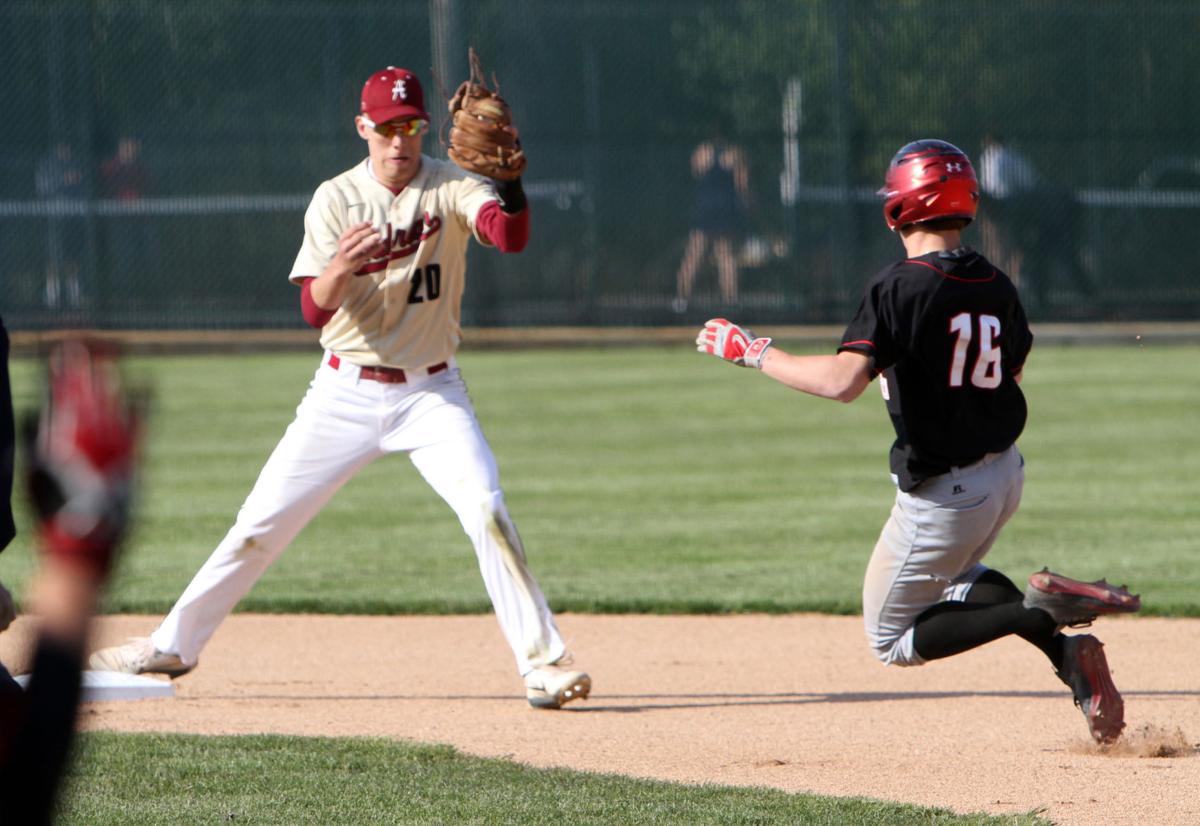 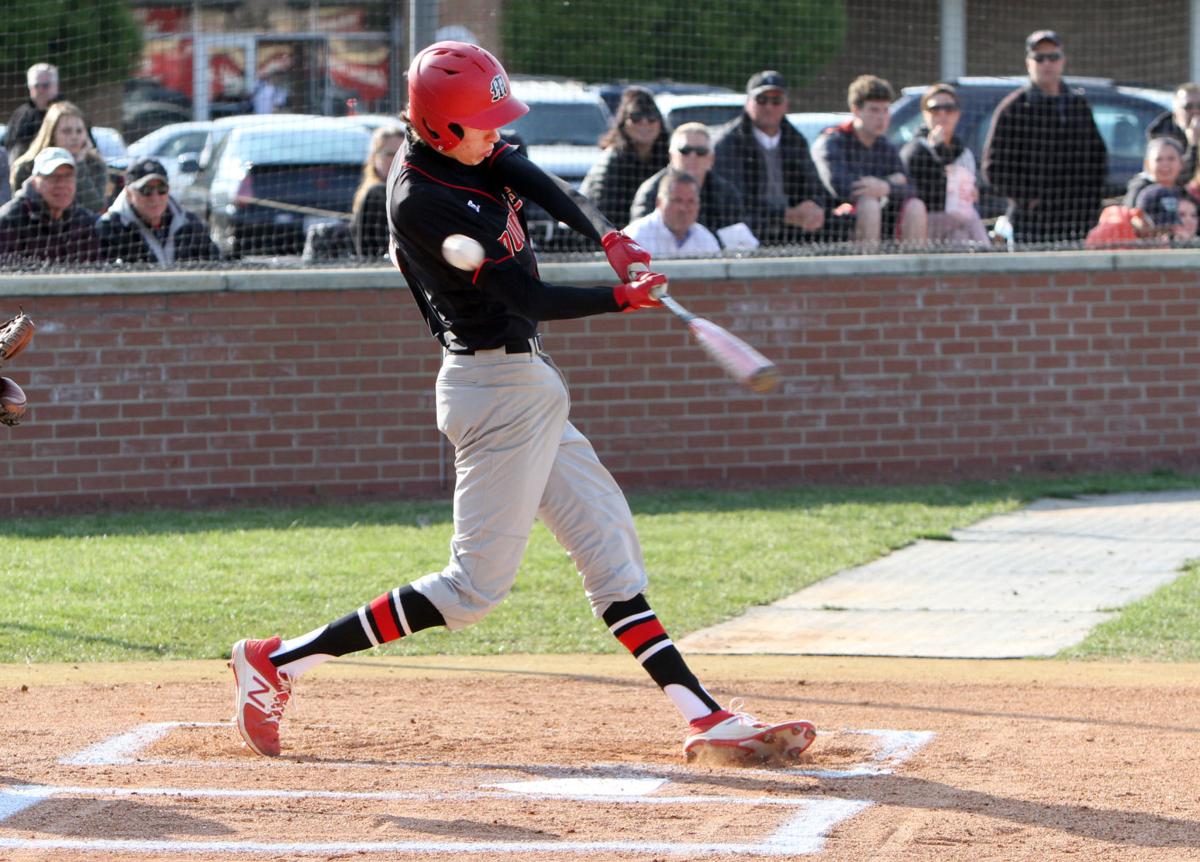 MERRILLVILLE — When Mike Doolin takes the ball, he likes to finish what he starts.

"I'm not used to being taken out of games," the Andrean sophomore said.

The new pitch count rule forced him from the mound with two outs in the seventh inning Monday and the Times No. 1 59ers leading Munster 6-3. Nick Fushi then struck out Logan Demkovich with the bases loaded to preserve a crucial Northwest Crossroads Conference victory.

"He knew IU was coming," Andrean coach Dave Pishkur said of Doolin. "He was a little pumped up."

Doolin touched 90 miles per hour on the speed gun in the first inning. He struck out 10 and had a stretch after Andrew Jumonville's RBI single in the third where he set down 12 in a row before a one-out error in the seventh.

"I knew I'd have to battle, that it was going to be a low-scoring game," Doolin said. "I just wanted to pound the zone, throw strikes, let them hit the ball. A lot of my teammates calmed me down, told me not to overthrow, just hit my spots."

Doolin and Munster's Mike Madura were locked in a 1-1 tie before Andrean (16-4, 8-1) busted out for five runs in the fifth. Bases-loaded RBI singles by freshman Tyler Nelson and Adam Bednarek put the Niners in front.

"That was a big hit," Doolin said of Nelson. "I don't know if I would've been able to execute last year like he did. The guys backed me up."

Errors on the next two plays contributed to three more runs.

Munster (16-6, 6-3) left the bases loaded in the second and two on after one out in the third before Doolin got rolling.

"We had a couple opportunities and we couldn't get the big hit or at least put it in play," Shinkan said. "We took a lot of pitches. That's what I'm disappointed about. Doolin gets ahead. He has good mound presence. We've just got to be a little more aggressive at the plate."

After an error and an RBI single from Jumonville, Pishkur called on Fushi, who's seen limited mound time, to finish the game.

A walk loaded the bases and Fushi was thankful Demkovich chased a 3-2 pitch that was outside.

"I knew it was going to be a ball," said Fushi, whose innings are limited by triceps tendinitis. "It was a little nerve-wracking. I didn't let it get to my head."

Pat Reardon had two of Andrean's seven hits, scoring once and plating another. Garrett Manous' double in the seventh was the only extra-base hit as the wind and cold kept the ball from traveling.

"It was a really well-played game for five-and-a-half innings," Pishkur said. "Their gloves let them down in the sixth and then in the seventh ours let us down. Mikey threw well. Both (starters) did their parts."

The win put Andrean two games clear of Munster in the NCC with three left.

"The ultimate big thing is now we control our destiny," Pishkur said.

The 59ers' Pat Reardon had two hits, a run and an RBI.

MUNSTER — The Andrean baseball team has commandeered its own mascot.

Andrean baseball coach Dave Pishkur likens the newest addition to his batting cages to a Wii.

MUNSTER — When Garrett Manous tells college coaches his 60-yard dash time, he usually hears a pause on the other end of the line.

MERRILLVILLE — Those weren't Grayson Lynk's knees that were shaking Saturday against Times No. 1 Andrean.

Andrean celebrates a run by Pat Reardon on Monday during a Northwest Crossroads Conference game against Munster.