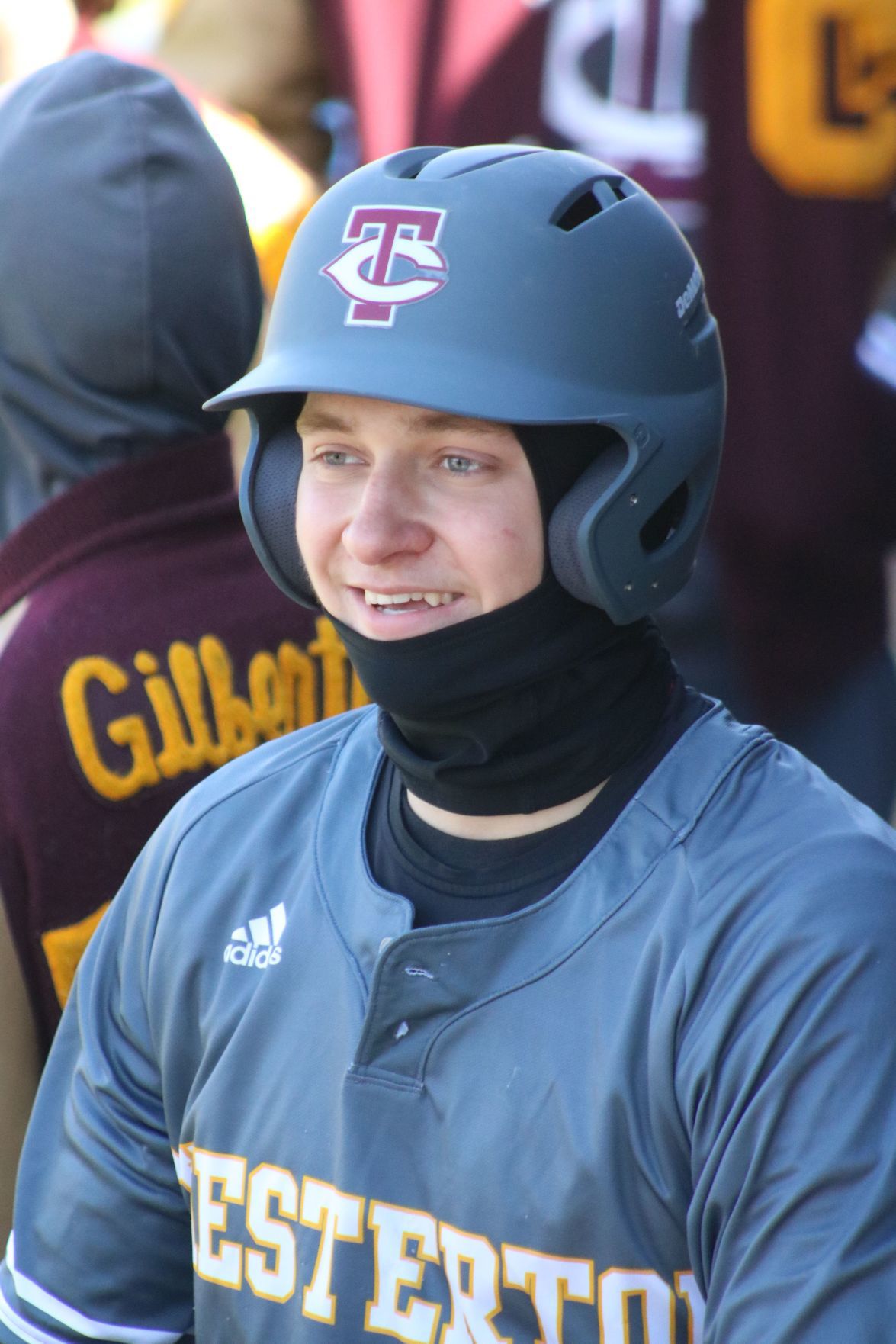 Tommy Benson is in his second year at Chesterton after playing two years at Andrean. He will attend IMG Academy in Florida next year in hopes of eventually landing at a Division I school. 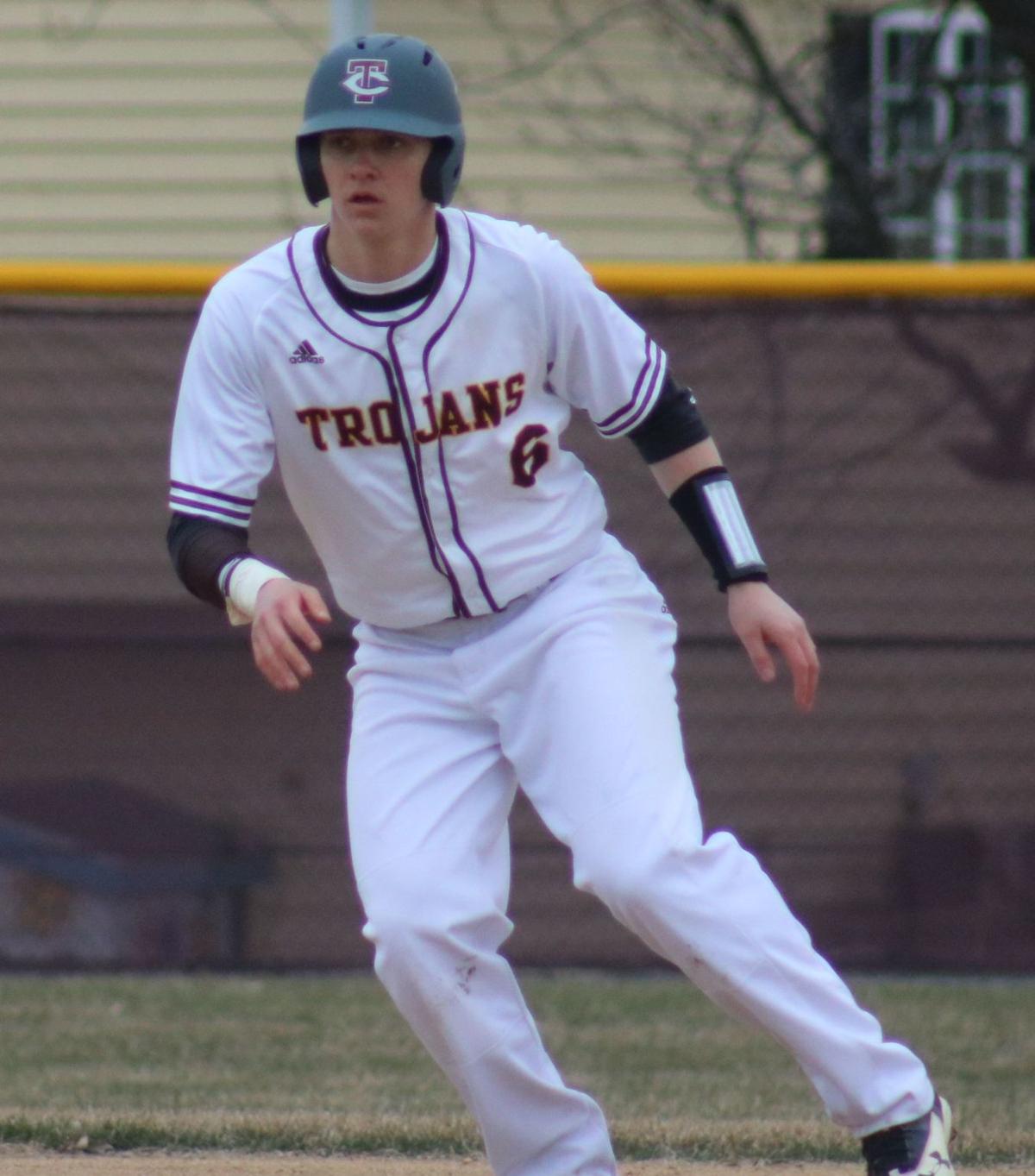 Chesterton's Tommy Benson has put on nearly 30 pounds since the fall and the size increase has bolstered his hitting. 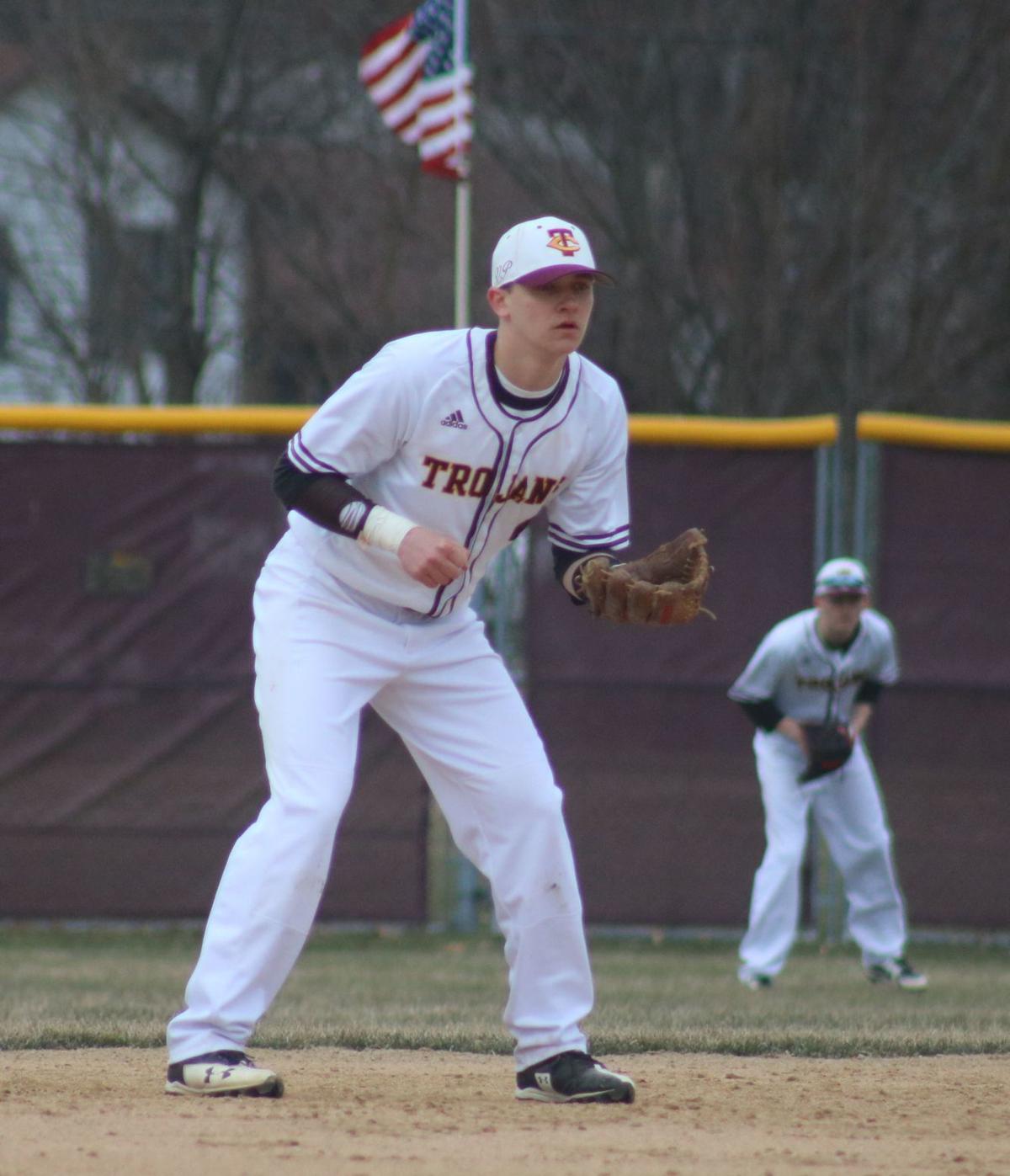 Tommy Benson is Chesterton's shortstop this season after playing his junior year at second. 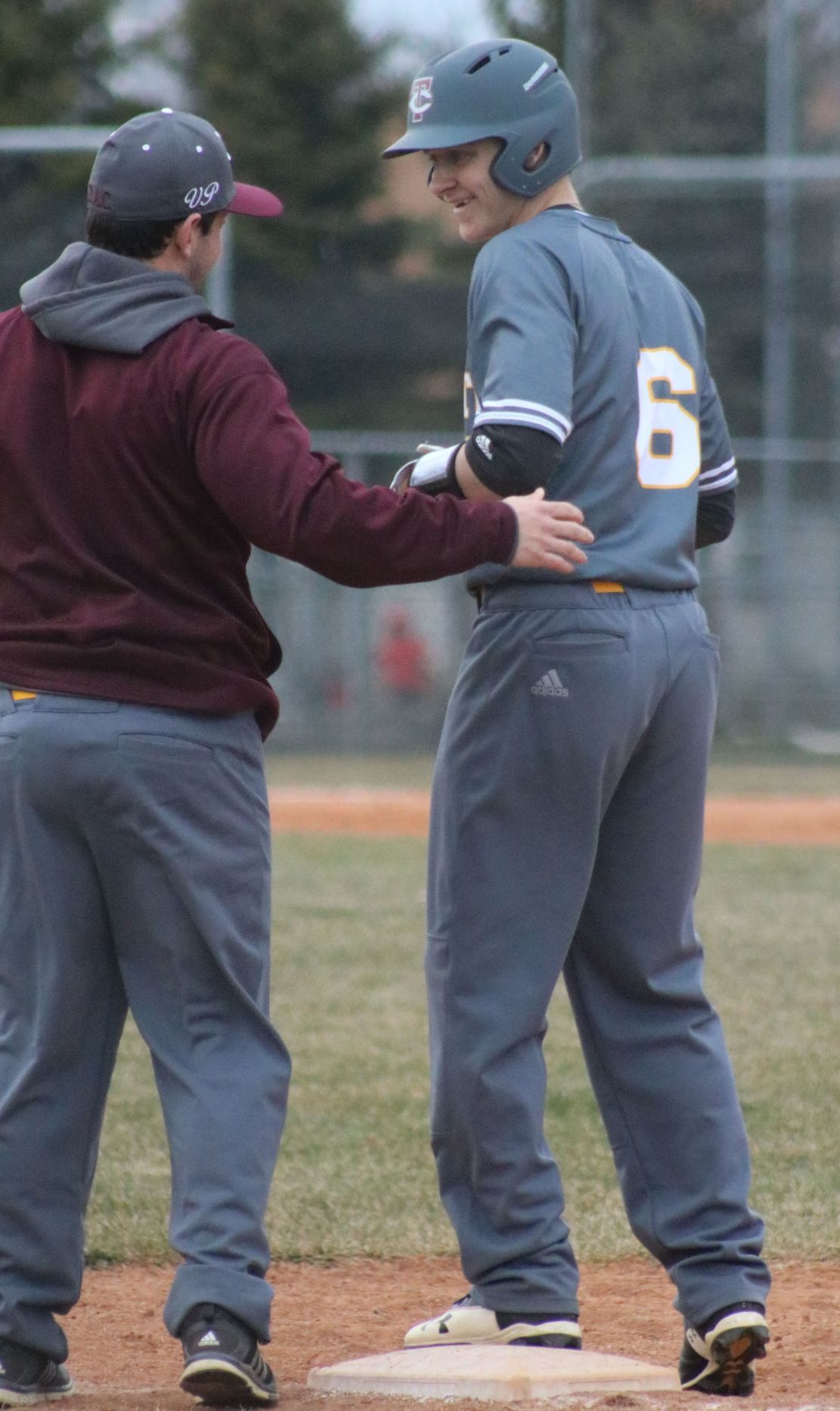 Chesterton's Tommy Benson talks with first base coach Justin Jenks during a game.

For most of his young baseball career, Tommy Benson was always the little guy.

"I was so small, I really focused on my defense — that's what got me on the field — the fundamentals, getting my swing," he said. "My dad said it was like a curse and a blessing."

"Something had to change," Benson said. "I hit my first home run last summer. talked to (sports trainer) Ken Croner and he said if you want to gain weight, you have to eat, eat, eat. I took it to heart. People think, 'Oh, it's not hard, eating all the time,' but it's not as easy as it sounds. It's as hard as losing weight. It's funny, once I started eating six meals a day, I'm so full, I hardly ever eat candy anymore. I can't remember the last time I had a cookie."

A bulkier Benson is now bashing the ball with more authority.

"I'm more confident," he said. "It's the same swing, just with different results. All that doesn't matter much unless you can hit the ball. I'm just hitting it so much farther."

Benson's exit velocity, which he measures on Hit Trax at the Sports Performance Institute, has jumped from 92 to 102 miles per hour, while his arm strength has jumped from 79 to 93. Trojans coach Jack Campbell is far from a big analytics guy. He measures things by results and he likes what he sees.

"He's got a quick bat," Campbell said. "He's got great mechanics. I kept telling him, I haven't seen you healthy."

A starting shortstop at Andrean as a sophomore, Benson transferred to Chesterton last year. Slowed by bicep tendinitis, he was a part-time player initially, eventually breaking into the lineup at second base after Grant Brunt got beaned against Michigan City.

"A lot of times, guys are like, 'Oh, he's taking my place,'" Campbell said. "He fit in really well. He's been nothing but a great kid, on and off the field."

"I didn't know a lot of people, but the baseball guys were absolutely great," he said. "They couldn't have been any better, accepting me. Guys I had no idea who they were made me feel like I've known them seven years. We're best buds now."

So exactly how does someone who lives in Crown Point and attended Andrean end up at Chesterton? Benson attended St. Mary's School through eighth grade and his dad, Phil is an Andrean graduate, so it was no surprise he ended up at the Catholic school. With Phil Benson's work as a federal prosecutor taking him to Porter County, Tommy said the family planned to move to Chesterton, where they had lived years ago. They were unable to sell their house in C.P., where they still live, so he makes the daily 45-minute drive to school.

Part of the work-study program, Benson only has class from 8 to 11 a.m. and hangs out at a friend's house in town until baseball in the afternoon.

The geography has been the subject of debate and Benson's change is schools is the supposed reason Andrean and Chesterton stopped playing. That said, Benson holds no animosity toward his former teammates, whom he faced last season, nor vice versa.

"I've got three groups of friends," he said. "I hang out with those guys on weekends. They're my buddies. (Andrean's) Tyler Nelson is my neighbor. There are five Andrean guys on my travel team (Midwest Irish). It has nothing to do with Dave Pishkur. Both coaches are great. All the players are great. No one has hard feelings. There's no one I don't like, no one I don't hang out with."

A shortstop all of his life, Benson was initially slated to attend Parkland, a two-year college in Champaign, Illinois, but will now head to IMG Academy in Florida to develop his game, possibly doing some pitching and working on being a switch hitter. In a year's time, he hopes to latch on with a four-year school.

"My parents decided it was the best place for me," Benson said. "I'd be happy anywhere playing baseball. My whole life has centered around baseball. I want to play as long as I can."

GARY — It all came in a flash.

CHESTERTON — Hobart's Adam Eck entered Friday's game having pitched just 2 2/3 innings all season — and they didn't go well, to the tune of a …

Friday Night Insight podcast: Saying goodbye to Leroy Marsh and hello to softball under the dome

The Region's prep baseball and softball stat leaders through Thursday.

Scouting the week ahead in Region prep sports

The Times sports staff breaks down the biggest matchups in the Region prep sports world during the next seven days.

Tommy Benson is in his second year at Chesterton after playing two years at Andrean. He will attend IMG Academy in Florida next year in hopes of eventually landing at a Division I school.

Chesterton's Tommy Benson has put on nearly 30 pounds since the fall and the size increase has bolstered his hitting.

Tommy Benson is Chesterton's shortstop this season after playing his junior year at second.

Chesterton's Tommy Benson talks with first base coach Justin Jenks during a game.