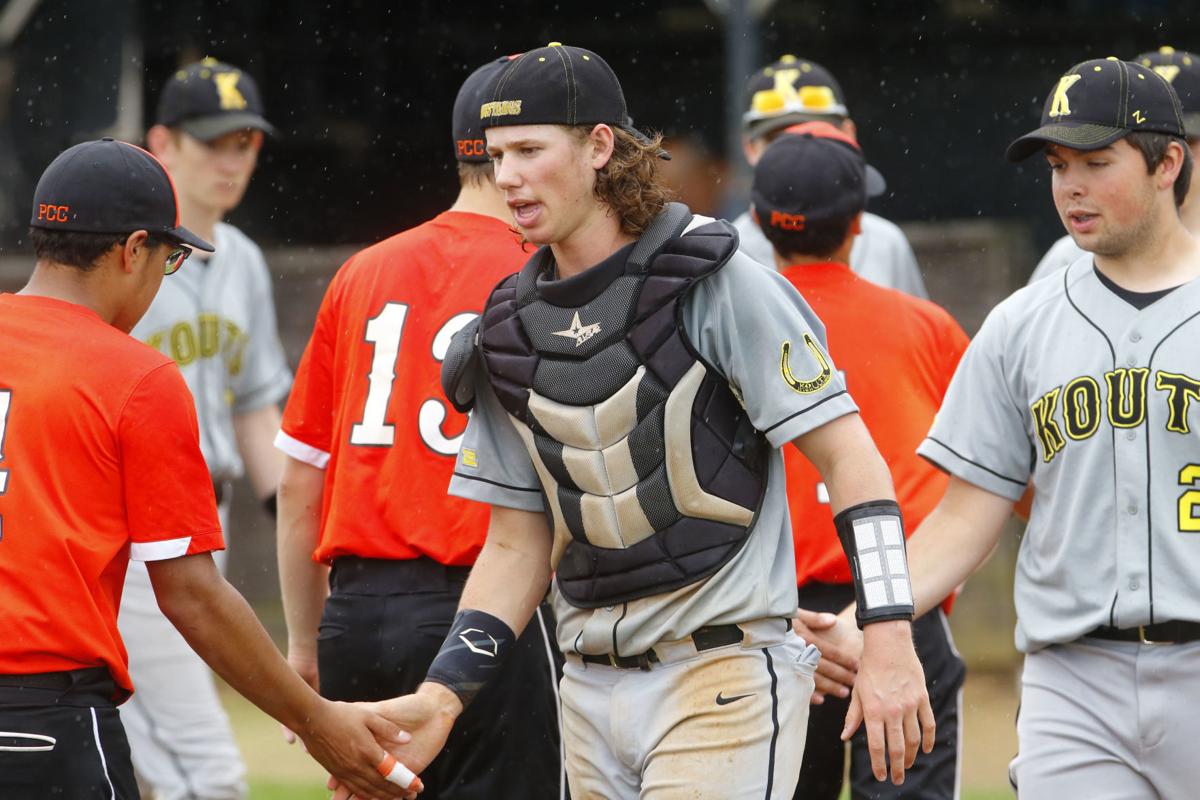 Kouts catcher Will Carpenter shares high-fivess with Westville's lineup following the Mustangs' win over the Blackhawks on Saturday in the Class A Washington Township Sectional semifinal. 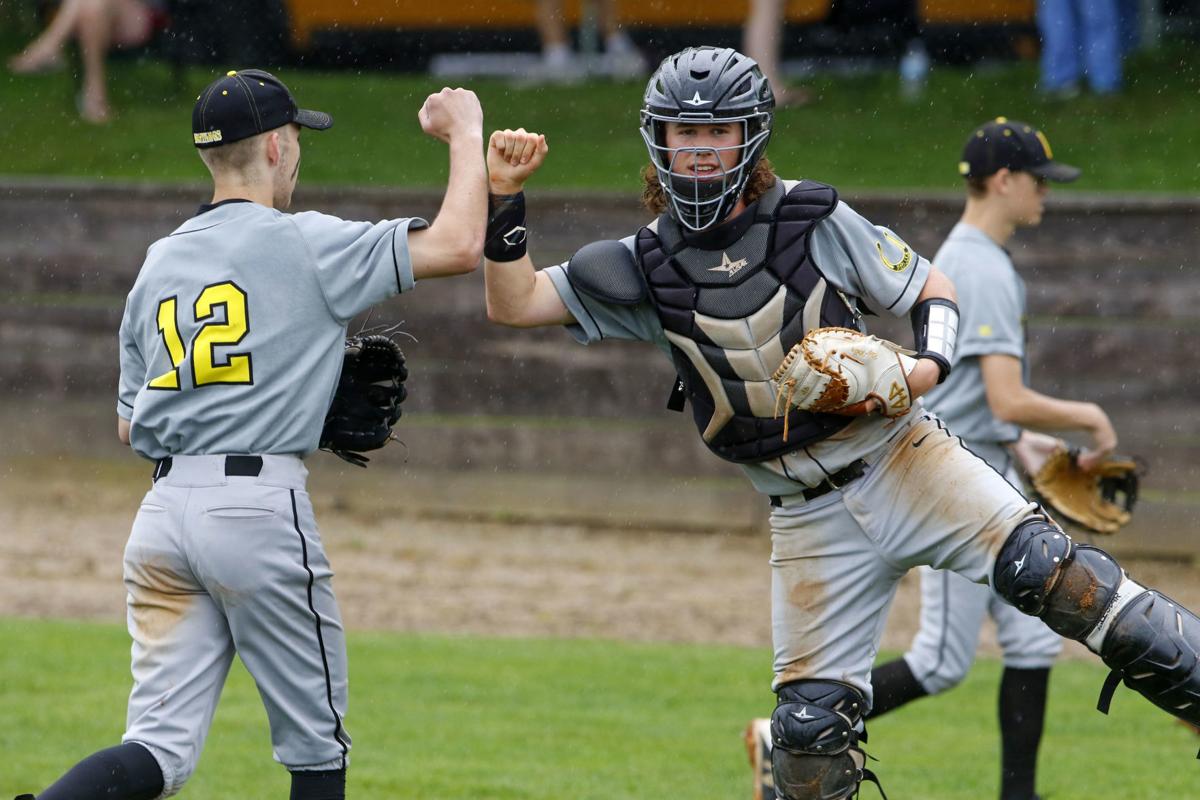 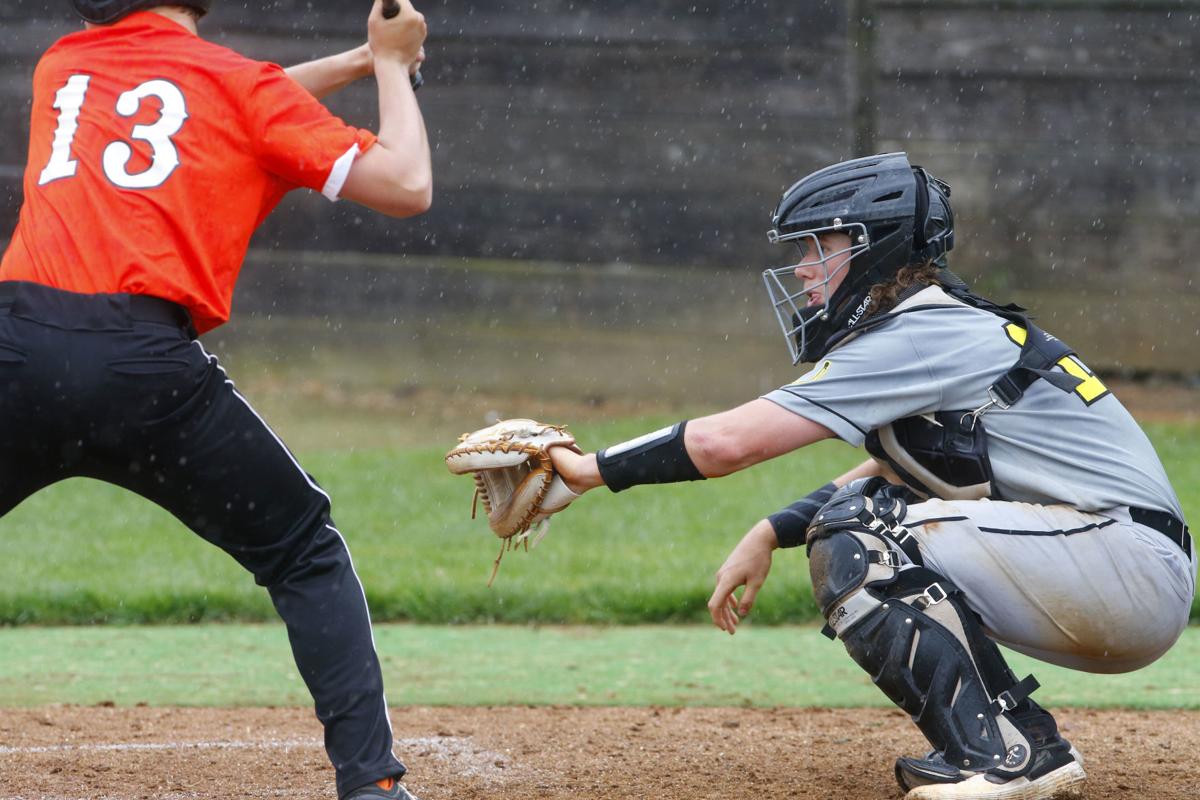 Kouts catcher Will Carpenter plays in a Class A sectional semifinal against Westville on Saturday at Washington Township.

WASHINGTON TWP. — Kouts junior Will Carpenter was born to crouch behind home plate.

A third-generation catcher, Carpenter took up the position at a young age. His father, Scot, caught for Washington Township, and his grandfather, William, taught Scot to catch long ago.

Will Carpenter's first word? “Ball.” As his mother, Elaine, said, he puts his whole heart into baseball.

On October 30, 2009, when Will was eight years old, Scot Carpenter died due to a heart attack.

For each game, Will Carpenter writes his father's birthday and the day he died on his cleats. Every time he sets up to receive a pitch, he's playing for Scot. He wears No. 18 in honor of Scot, whose birthday was Sept. 18.

“He's always going through my head in games,” Will Carpenter said. “It's all for him.”

Thanks in part to Will Carpenter's production at the plate and behind it, Kouts defeated Westville 10-0 in six innings on Saturday to advance to the Class A Washington Township Sectional final, where the Mustangs will face the host Senators or Hammond Academy on Monday. Carpenter's fifth-inning triple to deep right-center gave Kouts an 8-0 lead, and his teammates selected him as the recipient of Kouts' “Victory Chain,” which the team gives to its MVP of each game.

Over the course of Carpenter's three years with the Mustangs, coach Jim Tucker has helped fill Carpenter's void — Scot Carpenter coached Will's youth teams. The two first met at a sectional basketball game during Carpenter's freshman year, when the young catcher introduced himself to Tucker as the Mustangs' new starter.

Carpenter won the job and has started every game but one since, as the Mustangs have improved to 15-10-1 after failing to win a Porter County Conference game in 2015-16, the year before Tucker arrived.

Tucker and Carpenter have only strengthened their bond over time. Tucker described Carpenter as family and said he has taken him to catch bullpen sessions for travel teams he has worked with. Elaine Carpenter said she believes God helped put Tucker in her son's life.

“Coach Tuck has put countless hours and hours into not only helping me privately, but into the team,” Will Carpenter said. “To prove what kind of coach he is and how he's really turned around Kouts, it's a great feeling to show that and prove that Kouts is on its way back.”

Elaine and William Carpenter said they'd sit through a snowstorm to watch Will's games if necessary, and they've watched him evolve as a player this season. Will Carpenter went to Tucker a couple of games into the season and said he wanted to try calling pitches, something Tucker estimated only 10 to 20 percent of high school catchers do.

The experiment has gone smoothly, and Carpenter even calls pick-offs, too.

“He's doing all the work, and he's really tough to shake and rattle,” Tucker said. “Our success kind of goes through him.”

If Kouts wins Monday to secure its first sectional title since 2011, Carpenter will play a big role. Regardless, Elaine and William Carpenter will be in the stands soaking in the moment, watching Will with his long brown hair and thin frame – just like his dad's, Elaine said – play the game he loves.

“I'm proud of Will without baseball,” Elaine Carpenter said. “I can't think of anything else I'd rather be doing than sitting in this ballfield watching him play.”

Kouts catcher Will Carpenter shares high-fivess with Westville's lineup following the Mustangs' win over the Blackhawks on Saturday in the Class A Washington Township Sectional semifinal.

Kouts catcher Will Carpenter plays in a Class A sectional semifinal against Westville on Saturday at Washington Township.