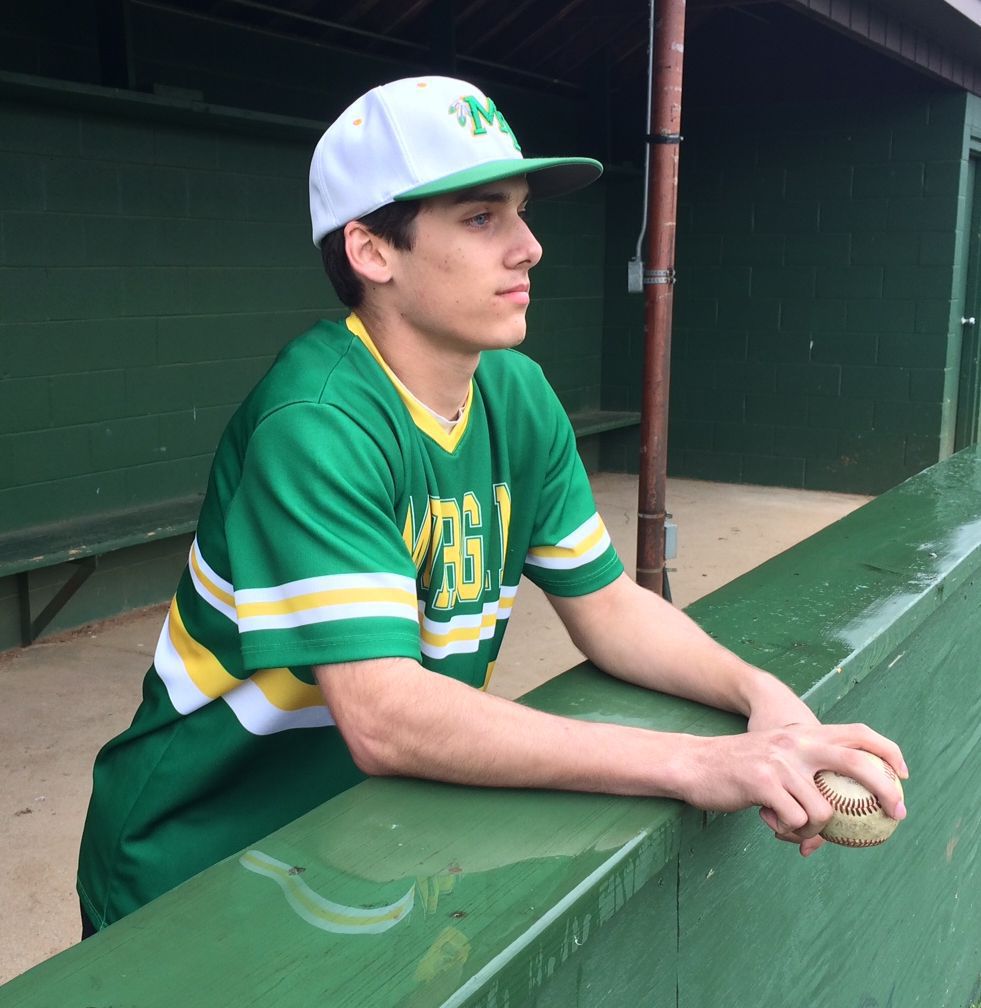 Colin Mack is a junior on the Morgan Township baseball team. He was diagnosed with narcolepsy with cataplexy, a sleep disorder, when he was in seventh grade. 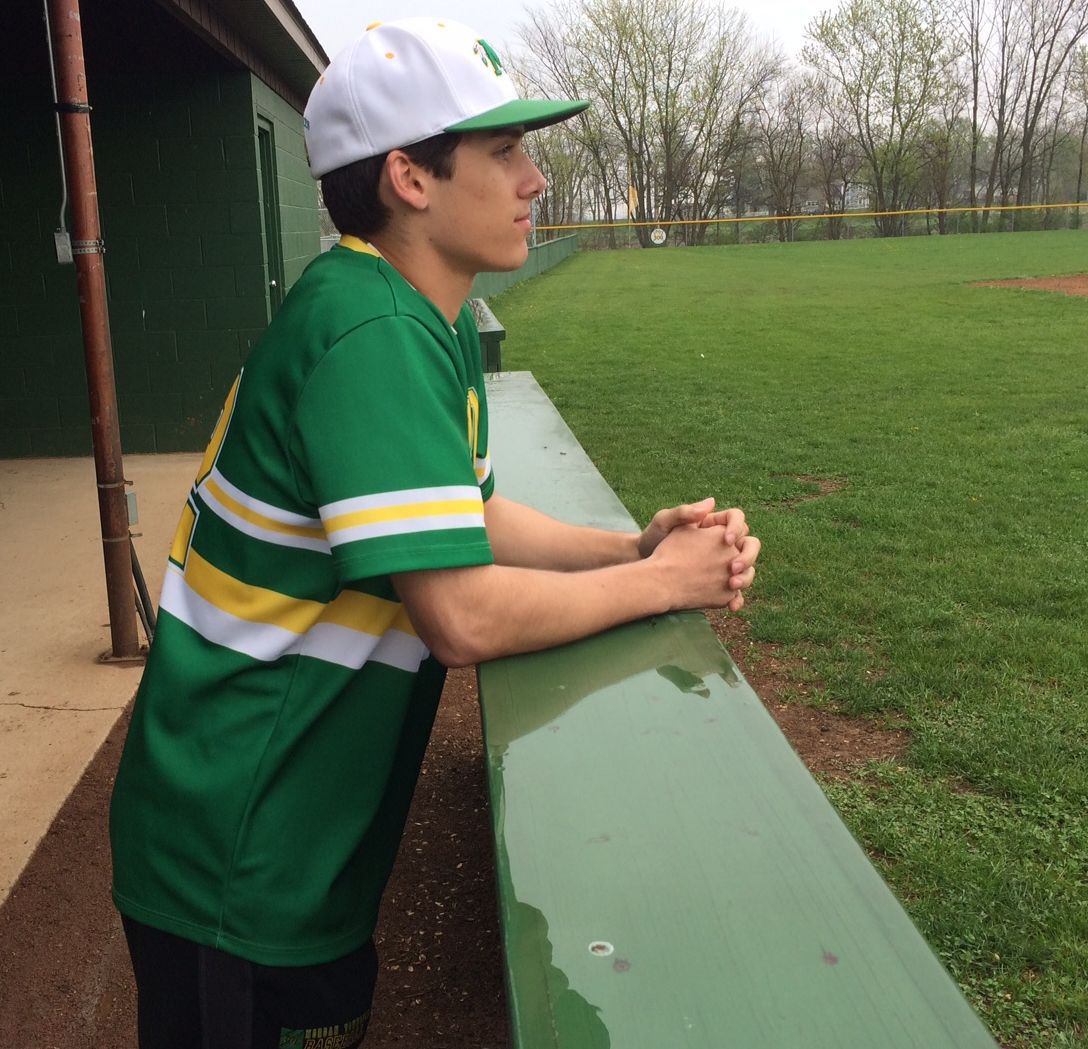 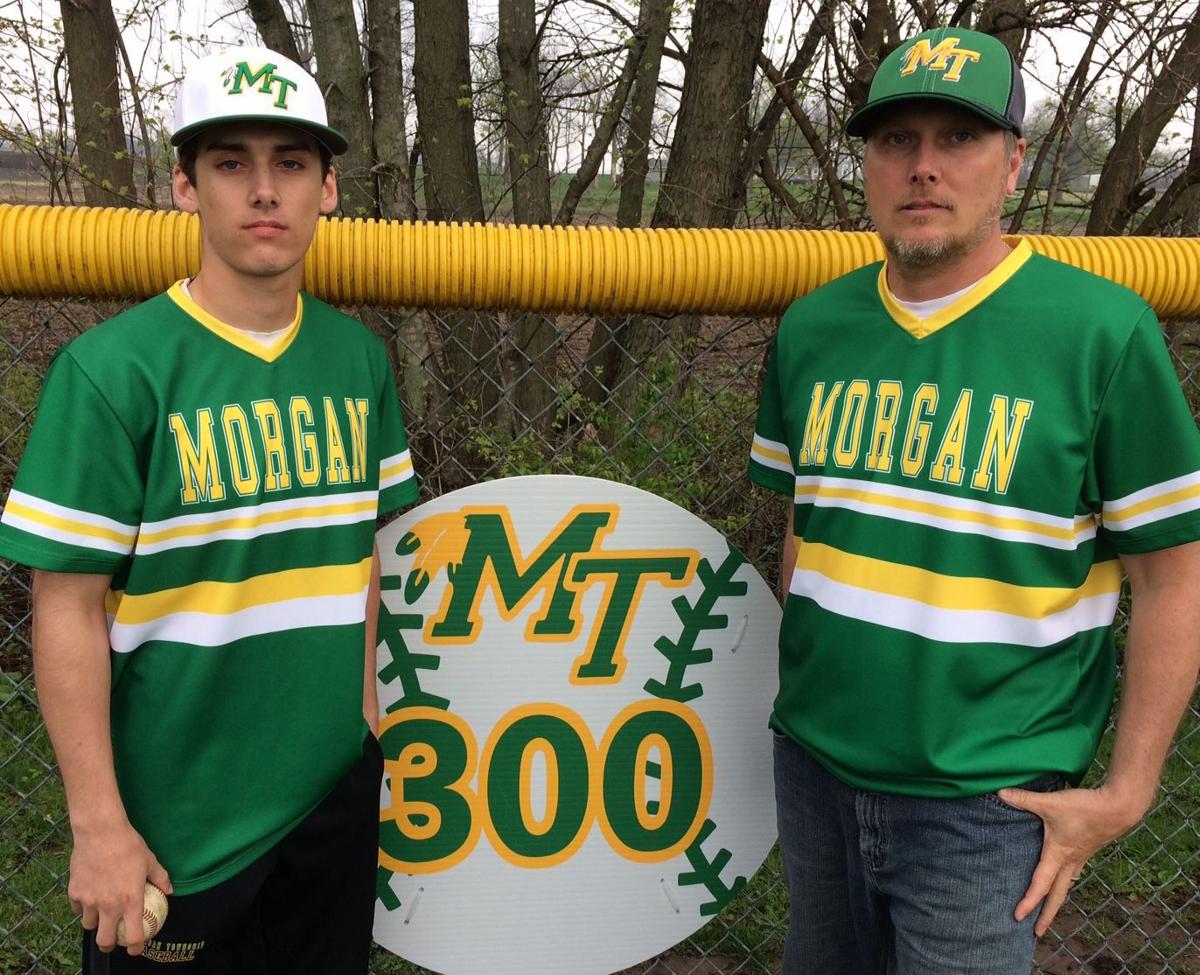 Colin Mack, left, is a junior at Morgan Township, where he is coached by his dad Cory.

Baseball is a game of failure where a player's ability to handle adversity is a key to unlocking success.

For Colin Mack, strikeouts, errors and wild pitches are no big deal when you consider what the Morgan Township junior deals with off the diamond.

Diagnosed with narcolepsy with cataplexy when he 12, Mack can randomly doze off in a matter of seconds. If he laughs too heartily, he loses muscle control. He takes medications that help him stay awake during the day and, in turn, help him sleep at night.

Normal for Mack isn't normal for your average 16-year old.

"I wouldn't go as far as saying I'm happy, but I'm glad to know I'm different," Mack said. "To be honest, I wouldn't want to be anybody else. I'm my own person. I understand who am. I deal with it. I live with it. It makes life more interesting. It makes me work harder and I'm thankful for that."

Mack excelled in baseball from an early age. He was on dad Cory's Wanatah T-Ball team when he was 4 and was turning unassisted double plays at age 7. He continued to play up a division until moving into travel ball at 9.

Five summers ago, he started to change, behavior his grandpa noticed first that Cory and mom Michelle soon picked up on. The rambunctious, outgoing live-wire kid began to withdraw and grow lethargic. On any lengthy car ride, he would sleep the entire trip.

"For him, that was not normal," Cory said. "We just figured he was worn out. You'd make him laugh and he couldn't hold himself up. We thought he was playing around."

Colin was picked to play in a tournament in Waukegan, Illinois, but struggled. When school started, he had difficulty getting up in the morning and became aggressive toward his mom, Michelle, when she tried to wake him. He was tardy 21 times that semester.

"My memory of all that stuff is pretty sketchy," Colin said. "I never realized it, but years before, I always bugged my grandpa about going on fishing trips and I never went because I was always sleeping."

The Macks reached the point of concern where they contacted the Mayo Clinic. Colin was accepted as a patient in October 2013 and was diagnosed with the sleep disorder by renowned pediatric sleep medicine doctor, Suresh Kotagal.

"Without the medication, he couldn't live a normal life," Cory said. "It changed his life."

Once Colin acclimated to a medicine dosage, he began to adapt to his new normal. He takes Nuvilgil three times a day and Xyrem, an experimental drug used by only 12 other kids in the U.S., before going to bed and again four hours later.

"I feel like I'm back where I was before," Colin said. "I can still play at a high level."

During summer tourneys, Colin takes quick car naps to recharge between game. Prior to games, he'll drink a Pepsi for a short-term energy boost.

"He's learned to control his emotions, which is a huge advantage for kids his age," said Cory, who is in his first season as the Morgan Township coach. "He knows not to get too high or too low. He's more in tune with the feelings of the group. I'd give everything I have for him not to be like this, but he doesn't want to change. He's accepted it to the point where he doesn't know any other way."

People still occasionally ask Colin why he doesn't laugh much, mistaking his subdued demeanor for a personality trait. He's laughing inside, he's just not expressing it.

"I can't take the chance of something happening," he said.

If Colin's feeling tired after school, he catches a few Zs in the car before driving home.

"We've stressed with him that he can put himself and others in harm's way," Cory said. "That's why we put a blanket in the back of his car. He's very self aware, mature. This has forced (him) to be more grown up in his actions."

Classmates know to give Colin a nudge if they see him nod off in class.

"My friends can tell exactly what's wrong," he said. "They're great at accepting it. They know what's going on and don't treat me any differently."

The Macks are also appreciative of the coaches who have worked with Cory, including former travel ball coach Ryan Wheeler and Cory's predecessor at Morgan, Jason Dorshorst.

"He needs the support of people around him and it's meant a lot," Cory said. "Some coaches want to understand, make the best of it, and some weren't interested. Jason really took the time to understand. He became an advocate for him in school. I really respected that as a father and coach."

Having his own issues has also made Colin more respectful of others with personal challenges.

"To this day, I flat out tell people if I could change and go back, I wouldn't," he said. "People have it way harder than I do. I know I'm going through something different, but everybody has something. You don't treat them any differently."

A 3.85 student, Colin is hitting a robust .571 with 10 steals and 17 runs, while sporting a 0.64 earned run average for the 7-0 Cherokees. College baseball is a distinct possibility, which would mean adjusting his regimen to a new situation.

"My mom and I have talked about it," he said. "Once I see what my routine is, I'll do whatever I have to do. I always tell them, one step at a time. If I make it to one level, I'll focus on that until I finish it. I don't look too far ahead. I just hope people with problems look at me and think, I can fight through it, too. Don't give up."

PORTER TOWNSHIP — Going from being a pup on a team of veterans to a veteran on a team of pups has been an adjustment for Boone Grove's Ty Bothwell.

WESTVILLE — Longtime Washington Township baseball coach Randy Roberts had a simple message for his youthful Senators on Saturday afternoon: It…

Colin Mack is a junior on the Morgan Township baseball team. He was diagnosed with narcolepsy with cataplexy, a sleep disorder, when he was in seventh grade.

Colin Mack, left, is a junior at Morgan Township, where he is coached by his dad Cory.